Get to know a Bartender: Brogan McNab, The Brunny

When I first meet Brogan McNab, it's easy to see why she is one of The Brunswick House's most popular bartenders. When she's not pouring pitchers of Killer Kool Aid for students, Brogan is at Easy & The Fifth, Cabin Five or snapping pictures of beautiful people in her gig as a freelance photographer. Brogan sat down with me for a chat about Guinness, getting Brunny drunk and the power of a stripper pole.

Where and when can people find you behind the bar?

Mostly I work at The Brunswick House on Thursday nights, and on weekends, Easy & The Fifth. I'm also at the Fifth Social Club and sometimes Cabin Five. I sometimes guest bartend private parties.

Which is your favourite?

Well I just started working at Easy & The Fifth and I absolutely love it. But the Brunny - it has a special place in my heart. Everyone loves to hate the Brunny. When they hear I work there they say, "Awe man - The Brunny- yuck,'" and then a few weeks later they are in the bar ordering drinks from me. Ha. It's a guilty pleasure. I can't leave it. No way.

You did leave before though...

Well I worked at Tequila Jacks for bit: same owners so same great family. I also spent sometime at home (Cambridge) over the summer. 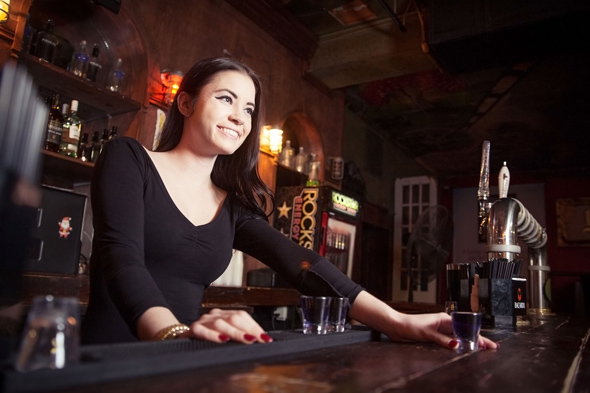 But you couldn't stay away from The Brunny?

No. The Brunny was the first place I applied to when I first came to Toronto (three years ago). It's the people, the atmosphere - it's the perfect fusion of a pub and a club. People harp on it all the time but it's over 100 years old! It's got so much character and history. Everyone has a Brunny story: Your parents, your grandparents...you think Toronto, you think bars, and you think The Brunny. I love it for that.

It's totally a student bar. It caters to U of T students. It's a place to go relieve some student stress. You go there to have fun and be wild...and not remember. You know you went there and you know you had THE best night of your life but you don't remember much of it. You don't go there and get drunk- you get 'Brunk.' That's Brunny drunk.

Who's rowdier? Staff or Students?

I would have to say the staff cause we're sober and partying just as hard as they are. We dance non-stop. We definitely have more fun. 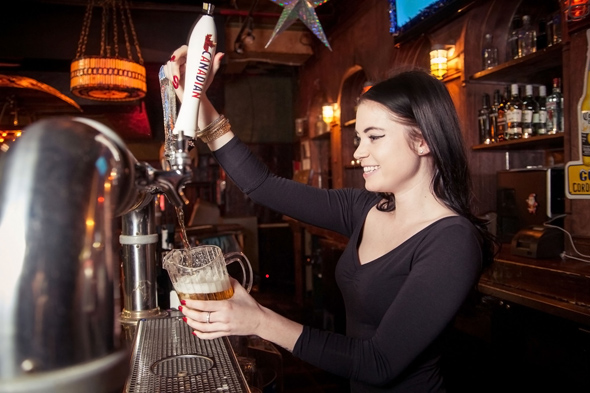 I'm not going to lie, there are a lot. But the one I love telling people about? I cut this girl off but as I was pouring her friend a drink, the drunk girl runs over, grabs the drink, chugs it, spills it all over herself, realizes she has booze on her chest, pulls her boobs out at the bar and starts cleaning herself- right there. They came right out. In the middle of the bar. She didn't even realize. She was just doing her thing. It was awful. When she came back three weeks later, we reminded her of the incident and she left. I haven't seen her since.

Ha! Any other good stories that need highlighting?

Do people get rowdy drunk?

Yes, but nothing we can't handle. There are almost always girls dancing on the bars and people throwing back J채ger bombs. People yell and scream at you for drinks. It's their world and you're just living in it.

What do you do when you're not bartending?

I go to OCAD for photography but I am also a working photographer. I spend a lot of time shooting people....with a camera that is. 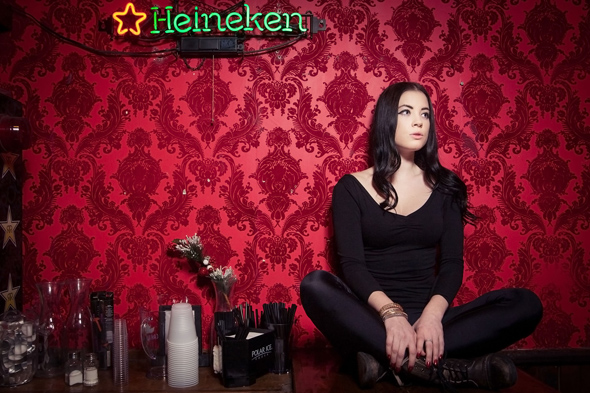 Of course. What's your favorite bar....that you don't work in?

Ha...Crocodile Rock. My friends and I, all in the industry, go every Wednesday night. Never had a bad time there. I also love Tattoo Rock Parlour...they have an industry night on Sundays.

And your favourite adult beverage?

I'm a Guinness drinker. My family is Irish so it's always around. A lot of people don't like it but you have to sit down and commit to drinking a whole pint. At the end of that pint, you are allowed to make a decision: love it or hate it. I fell in love with it.

You will even drink Guinness on a club night out?

If they serve it, I will drink it all night.

Do you think you'll bartend forever?

I want to do this, well, not for as long as I can...but ...well it's such a fun job. I meet so many amazing people and get to party - I love bartending! So I guess I want to do this until I don't need to anymore- when my photography career really takes off. 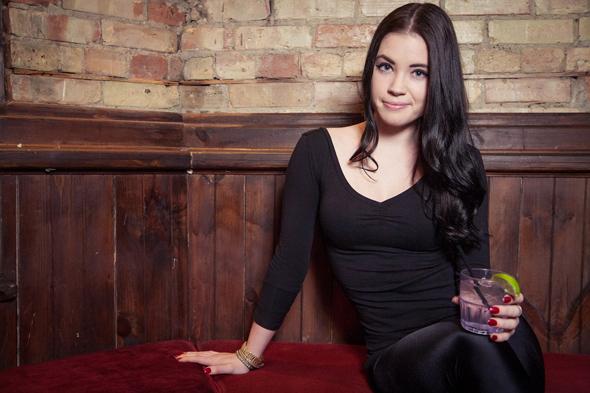 Backstreet Boys or NSync? Backstreet Boys
Pepsi or Coke? Coke
Leather or Lace? Leather
Stiletto or wedge? Wedge
Dylan McDermott or Dermot Mulroney? I don't know either of those people
On the rocks or straight up? Straight up
Coyote Ugly or Cocktail? Coyote Ugly. For sure. That IS the Brunny in itself.