Get to Know a Chef: Chris McDonald, Cava

Chef Chris McDonald is the mastermind behind the small, yet bold plates at midtown tapas restaurant Cava. His well-executed showcase of new Spanish flavours has garnered high praise from locals, as well as the culinary legend herself, Diana Kennedy. I sat down with McDonald to discuss the route his culinary career has taken, what he's learned along the way, and what his next project might look like.

I went to university because I was expected to go to university. I ended up studying economics and math, and I didn't quite know what I was doing there, or what I was heading towards. All the while I was working in the front of the house at restaurants to earn money on the side. Then I made a conscious decision that I wanted to be in the restaurant business, and in order to stay, there seemed to be one position--in the kitchen--that would be appropriate for a career. 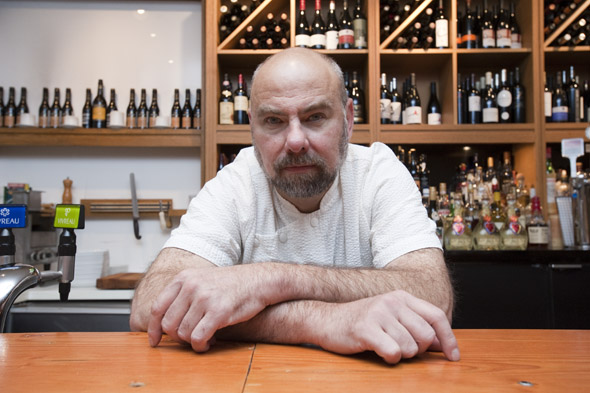 How did you develop a passion for food?

My attention span suits cooking. I would be a terrible cabinet maker, because I can't spend three weeks working on one project. Cooking is not immediate gratification, and it requires a lot of background to get things right, but most issues are resolved within 24 hours. I've always liked the dinner table, and food and wine, and I like the combination of agriculture and science, especially in winemaking. Restaurants are to some degree like theatre; every evening is showtime, so you're trying to get ready for all of that and create an experience for your diners, and I'm passionate about that.

It was working at Stars in San Francisco in 1987 under Jeremiah Tower. I've been keeping a journal throughout my whole career and usually I fill up one journal every couple of years with kitchen and restaurant notes, and in that year I filled up two. It was a daily changing menu in a 200-seat restaurant.

What was the biggest lesson you learned working at Stars?

Before, I had always thought that you could do quality and volume at the same time, but it was never proved to me. When I got there, I saw that what I believed was possible. I didn't know how to do it, but after spending nine months there, I kind of had an idea.

What else have you learned working in the culinary field?

You have to start from a position of strength, not of chaos. Things are always going to screw up and they'll never go according to plan. So I've learned preparedness; if you start unprepared (like heading into a busy Saturday night and you're not ready to go at five o'clock), you're just courting disaster. If you're ready to go, there's going to be all kinds of things that go sideways anyways, but at least you've got your bases covered. 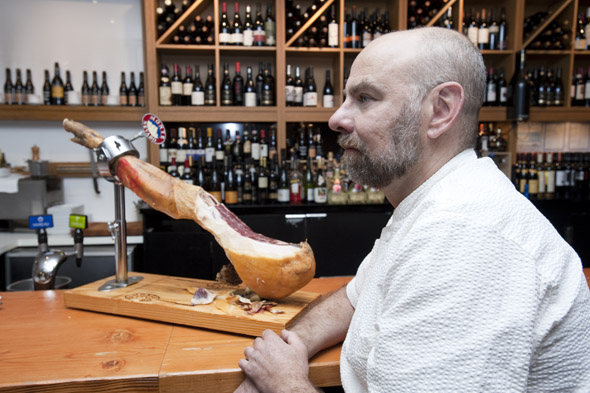 Why are you so obsessed with pork?

I think given the current climate, I wouldn't consider myself obsessed. If you go down to Dundas and Queen, or College and Bellwoods, there's restaurants that serve way more pork than I do. That being said, we're a Spanish restaurant, and we lapse into Mexican food from time to time because it's one of my passions. And I would say the classical Spanish canon contains a lot of pork. We were one of the early adopters of having charcuterie plates. But I would say in general, pork in America is not that great. The pork in Mexico is quite fabulous; it has way more flavour, because the animals aren't brought to market as early, and they're being fed a more varied diet.

What other ingredients are difficult to find in Toronto?

We like to work with a lot of shellfish, and that's quite hard to get here given the distance to any coast. Quality fish is becoming harder to get because if you want to make ethical choices, it's limited to four or five things, and farm-raised product never has the same flavour as wild.

What do you appreciate most about Spanish cuisine?

I think just like Italian cooking, it's really connected to the land and nature. Spanish food is a little more rustic, and it has a visceral quality that I like. It's amazingly simple most of the time.

We're doing some catering, and we're winding up for Christmas. I'm always on the lookout for another project. I would like to do a Mexican restaurant, and Diana visiting has rekindled my interest in Mexican food. There's no tortillas or tacos, and the meal is really off the beaten track. The problem with Mexican food has always been this expectation of nachos and enchiladas, which I don't have a lot of interest in doing. I always felt like, if I were to open a Mexican restaurant, it would be misunderstood.

If you could spend a day doing whatever you wanted, what would it look like?

I'm a frustrated winemaker. Whenever I get the chance, I go work in wineries because I think it's the most interesting combination of nature and science. But if I had to spend a day, it would certainly be a leisurely breakfast, and then a bicycle ride or a ski depending on the season, then a big lunch and a nap. And finally, an evening with friends. 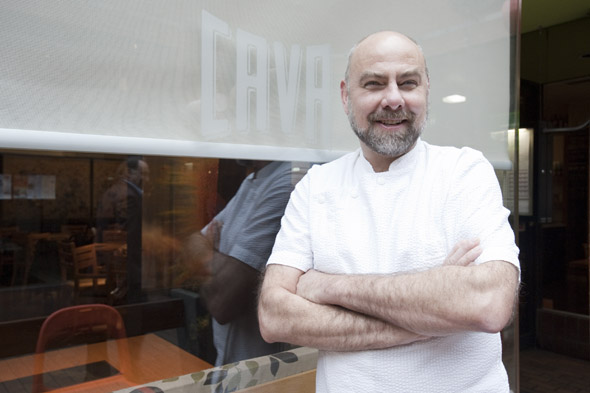 A chef that inspires you? Daniel Boulud

What's one dish you can't live without? Toast

What would people be surprised to find in your fridge? Lactose-free milk

What's one food trend that needs to end? Burgers