Get To Know A DJ: Thugli - DJ's Tom Wrecks & Drastik

DJ's Tom Wrecks and Drastik are longtime collaborators, known both for their solo work and in groups like The Stylusts. But it's their new project, Thugli, that's taking off right now, getting them tons of attention from other performers as well as audiences across the city. I chatted with Tom Wrecks and Drastik about the 2-year anniversary of Itzsoweezee at the Drake, their past work and their future plans. They're playing this Friday night at Revival alongside a big fan of theirs, Skratch Bastid.

How'd you first get into DJ'ing?

Drastik: We both started at a young age. We were around 14-15 years old. It was more curiosity on my part. I wanted to learn how to scratch and from there I saved money for turntables. After a few years of experience I convinced Tom to save up and buy a pair and that was that.

You two first met back in 1997. Can you tell us a little about how you guys first met, and how you ended up working together, first on The Stylusts and then with Thugli?

Tom Wrecks: Pat and I grew up together in the same neighbourhood back in Ottawa. We met skateboarding at this park near my old place and have been friends since. When I found out Pat was into dj'ing and had turntables, my curiosity sparked and I bought a pair of turntables as well. We started practicing together and when we got good, we started entering battles. Soon after we met Dj Illo and formed The Stylusts.

Drastik: Thugli started really only about 3 months ago. I had been contemplating moving to Toronto for years now and when I finally made the move back in June, we started mulling over the idea of starting a new project. Both Tom and I have been working together for almost half of our lives and we've always had the same tastes in music, so the collaboration came about very naturally. We started working on some new music, came up with a name and hit the ground running. 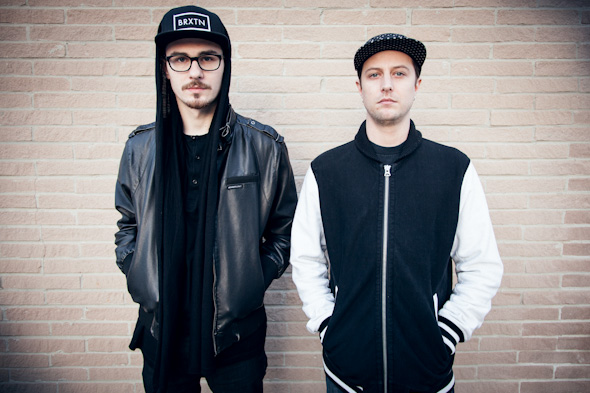 You just released your debut mixtape as Thugli, Take Off. How long was it in the works? Can you tell us about how you approached that mix?

Drastik: Take Off took us a couple weeks to make. We approached it with the goal of showcasing music that we love and that reflects the project (Thugli) but more importantly, to show our own music. We wanted the music to be delivered in a creative way and create a certain vibe with it. The mix really reflects our style of dj'ing and what you might expect from us at a live show too.

How do you feel that working together changes things up in Thugli, as opposed to if you were doing the work by yourself?

Tom Wrecks: Whenever Drastik and I used to get together back in the day to make music we would start off making a feel good house song and it would quickly turn into a bass heavy southern hiphop beat with aggressive synth lines. When we get together in the studio as Thugli we tend to create a tougher and bigger sound. We have the same creative instincts and approach to making music and building DJ sets so the process is almost just as natural as working on my own. Keeping each other motivated and productive is a huge plus as well.

Itzsoweezee (Tom Wrecks' monthly gig at The Drake) recently had its two-year anniversary. Can you tell us a little bit about it â how it started, the sort of idea behind it, etc?

Tom Wrecks: Itzsoweezee started organically. A group of friends from different paths came together and started a party. None of us are party promoters so we were never expecting to be throwing a monthly party for two years and counting. It's a party where I get to play a wide range of music and also a great testing ground for my upcoming production. Itzsoweezee started as a party and has been growing as a brand, a website, a collective of talented people, and most importantly as my family. 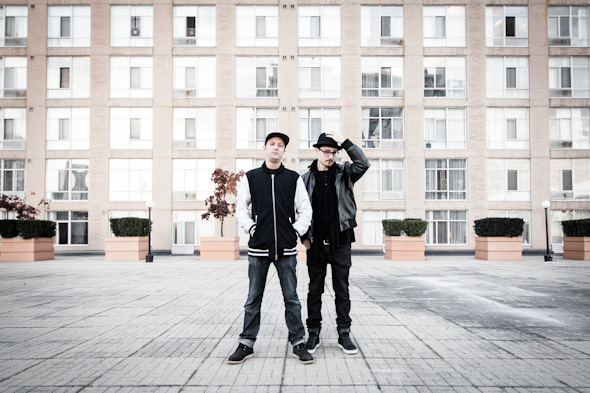 How do you keep an ongoing gig like that fresh and exciting for audiences?

You just have to keep having fun with it. Itzsoweezee parties are all unique because of the music, guest DJs, the monthly theme, lighting, visuals, surprises, etc. Every Itzsoweezee experience is different. There are a lot of cool things that Itzsoweezee has planned for the near future. Be on the look out Toronto!

You've probably got a ton of crazy stories from gigs over the years. Does anything that's happened to you at a show stand out particularly from the rest?

Drastik: For me it's probably the Red Bull Thre3style World final in Paris. It stands out just because it was an incredible experience overall and something I put a lot of blood, sweat and tears into. Representing Canada and placing on that level was a huge accomplishment for me.

Tom Wrecks: There are a lot of memorable stories. About a year ago at Itzsoweezee, I was DJing on four turntables with guest DJ Hedspin (2011 Red Bull Thre3style World Champion). I took a look back while I was DJing and realized that the one and only Z-Trip was hanging out on stage with Skratch Bastid and Jr Flo from Keys N Krates. I was surrounded by some of the best DJs in the world. Soon enough an impromptu scratch session broke out. I always keep going back and re-watching the video. Our first shows as Thugli have been amazing too. Watching people react by dancing and going crazy to our tracks is the best feeling. 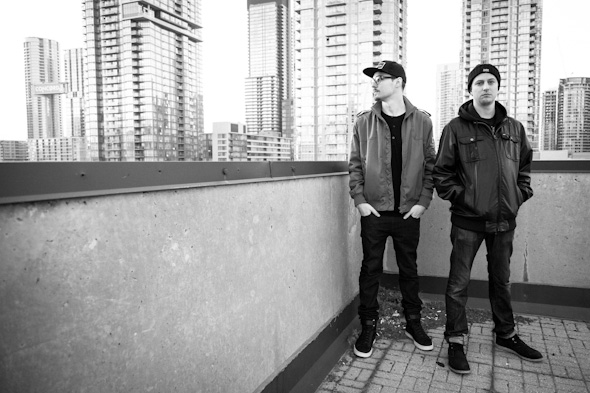 Drastik: I think for now just staying busy and focused on making music. We're hoping to put out an EP soon and start traveling and touring as well.

Tom Wrecks: Check us out this Friday, October 5th at Revival (783 College Street) with Skratch Bastid. And make sure to visit us at Thugli.com

Favorite Brunch Spot? Burro Burrito- for breakfast, lunch, brunch and dinner.
Favorite Coffee Shop? Lit Espresso Bar on College St.
Favorite Venue? Wrongbar / The Drake Underground/ The Hoxton
East side or West side? West side is the best side.
What are you listening to on your iPod right now? TNGHT, AraabMuzik, Baauer, Flosstradamus, Disclosure