Get to know a Chef: Matt Basile, Fidel Gastro's

It's hard to believe that less than a year ago, Matt Basile (aka Fidel Gastro) was still working a cubicle job. Now, the self-professed 'rebel without a kitchen' has taken Toronto's pop-up restaurant scene by storm, with his decadent sandwich combinations and business savvy. For Basile, who's getting set to launch his own food truck--and recently landed his own television show--there's been no better time to see his food revolution through.

No, not at all. I knew I definitely loved food, but I never wanted to work as a line cook in somebody else's restaurant. I had contemplated going to culinary school after high school, but I knew I wanted to get into advertising. I was really fascinated by big brands, and how ideas for commercials just came to me, so I was really into that. It's funny because that kind of world helped me leverage getting into the food industry. I don't even consider myself a chef--I specifically call myself the 'rebel without a kitchen' just because I never was trained.

I used to work in butcher shops so I understand meat and food in their raw forms. But I guess family would be the primary place in terms of just experiencing food. And I have a lot of friends who are chefs, so just watching and talking through it with people. I'd like to think that I'm naturally a great cook, and now that it's my career and my company, I'm cooking a lot more so it gives me an opportunity to own my craft and really develop it. 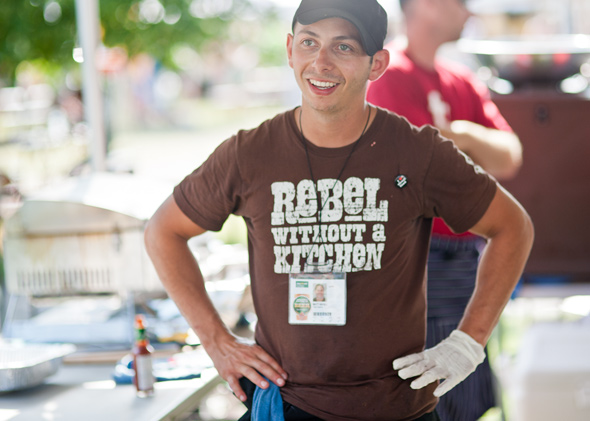 Some of my fondest memories are as a kid going to the beach with my nonna, and she would always make me a sandwich with a really crusty bun, genoa salami and just straight-up French's mustard. It's not necessarily my favourite sandwich, but there's a certain amount of nostalgia that I have with that sandwich specifically.

What makes a good pop-up experience for you?

Everyone thinks that every time I do an event it's a success, and it's totally not the case. It's a constant rat race, where you're up some weeks and you're down other weeks. The best thing to do if you're going to get into the pop-up world is really know your brand well, and really know your audience well: is this a food event, or is this just an event that needs food? Really gauge what you're selling and how much you're going to sell based on that.

Other than you, who makes the best sandwich in Toronto (and why do you like it)?

I'm a big fan of the Stockyards. I think they do everything right, and I love eating their food. They're creative and non-conventional, which is what I look for. They're very inspiring and I love everything about their brand and their space. And Belly Buster Subs, their turkey-bacon sub is one of my favourite sandwiches too.

Are pop-ups a fad? How will they change/evolve over the next few years?

I think the pop-up itself isn't a fad. People think it is because it's a new way of doing things. It's a structured thing that helps you to get to the next level of your career. Some people might be getting into it for the wrong reasons, but the ones that are getting into it for the right reasons are probably going to do really well because the goal of it is to build a foundation, really test yourself and to test the marketplace, and to see if you're ready to take it to the next level. It's a very cost-effective way to get a maximum impact. I don't think I would be getting as much attention had I opened up a location first, and that is the power of the pop-up. 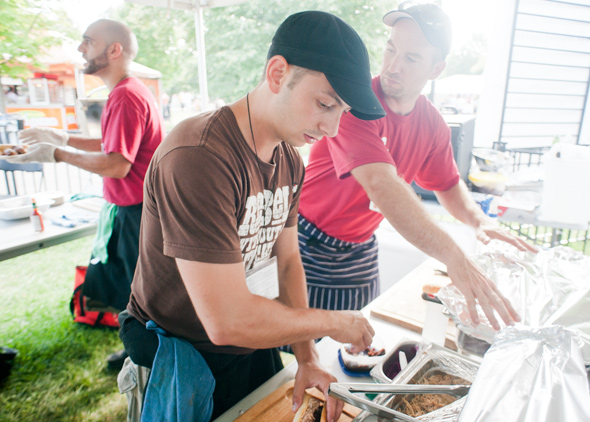 What's the status of your food truck?

It's close, but it's just these little licensing things that just constantly come up that act as setbacks. It's frustrating, because if it were up to me the truck would be on the road two weeks ago. One of the benefits (but also detriments) is that I've had to operate my business as usual while trying to get the food truck up and running. So it's been hard, because I do four to five events a week, and it take up a lot every day. I'm dying to get the truck out there--I want it bad.

What sort of investment does it take to launch a foodtruck? Why is this a better business proposition for you then just sticking with your current pop-up strategy?

I convinced myself out of the food truck for a while, because of the cost. People think it's a cheap, great way to get your food business going, but it's actually not the case. It's obviously not the same expense as opening up a location, but I've heard some prices that people have invested into their trucks are almost as much as opening up their own location. I was going to invest in the pop-up concept, but really expand the operation side of it.

I thought that's where the next chapter of Fidel Gastros was going to go, even if I really did want a food truck. And then I got an opportunity buy a truck at a really good price, so suddenly that changed some forecasting. But I'm not abandoning pop-ups, and I even see doing food truck events as pop-ups still. You're just changing the canvas that you're selling the pop-up out of, but you're still not a location. So it's become another extension, one more representative of what Fidel Gastro's is as a company

I work a lot now, so I try and disengage as much as possible. I just went camping with my girlfriend for a couple days. We try and take these two-day getaways, no matter what it is, to really try and not think about work for even 48 hours. I'm a big movie guy, I love talking about film, but I don't get a lot of chances to go out and see movies anymore. I have huge DVD collection though, so I just always make sure I fall asleep to something. 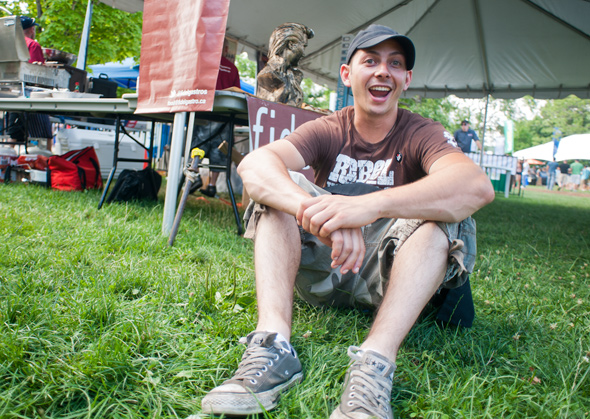 A chef that inspires you? Mark McEwan

What's one dish you can't live without? Rigatoni with a nice white bean sauce

What would people be surprised to find in your fridge? Kale

What's one food trend that needs to end? I'd like to see cookies come back in a big way