Get to know a Chef: Scott Vivian, Beast Restaurant

Scott Vivian, the owner and head chef at Beast Restaurant isn't short of praise for the city's evolving restaurant scene. I recently sat down with him to discuss pioneering the much talked about Group of Seven Chefs, harnessing the nose-to-tail dining craze, and where he hopes his culinary ventures will take him next.

I think I wanted to be a baseball player when I was growing up, but that didn't pan out so I started working in kitchens when I was fifteen or sixteen. I was born in Canada, but I grew up in the States, so one of my first jobs was working at the one of the chains: California Pizza Kitchen.

It's hard to say when I actually thought I would become a chef, because even when I started cooking professionally, I took some time off out of the kitchen and worked in front of the house; I managed, I bartended, and I really enjoyed that. I had cash in hand every night, and I enjoyed interacting with customers, and seeing their feedback. It wasn't until I decided to get back inside the kitchen that I really started to focus. 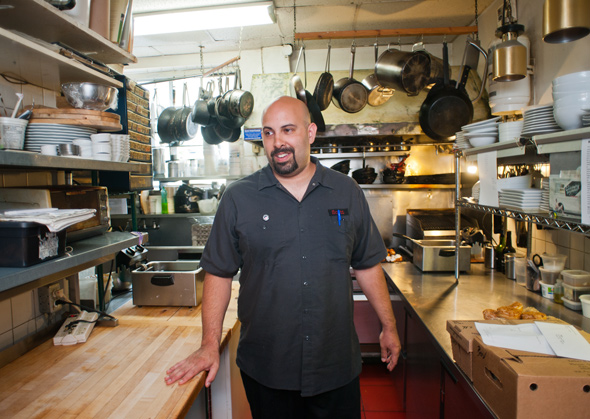 What's your favourite offal to prepare and eat?

I'm really enjoying heart right now. I find that second to sweetbreads, it's probably one of the easier ones to sell on the menu. Partially because people are willing to try it, and partially because from the server's standpoint, it's easier for them to sell and talk about it. Right now we have ox heart in a taco form, and I find if people put anything into a taco or ravioli, people are really willing to try it. I think the flavour's great--it's a little bit lean, but you've just got to prepare it properly. The only offal that I've tried that I can't stand is kidneys.

Tell us about your experience with the Group of Seven chefs. What does your involvement in that group provide you that your restaurant doesn't?

I started the Group of Seven chefs about two years ago kind of just as a fluke. I thought it would be hilarious to have an all-vegetarian dinner at Beast with all the meatiest restaurant chefs in Toronto. We had a great time in the kitchen, and I've done other events with other chefs in the past on a larger scale and organized by different people, but this was the first one where I actually brought them into this restaurant, which has a great culinary history. It kind of organically grew from there, and we kind of left it open to whoever could do it.

As we continued to do monthly events, we started to notice that certain chefs really wanted to do it. So what we have now is kind of the guys who are very into it, and realizing this is something they really enjoy doing, and I think for all of us it breaks up the day to day monotony of working in your establishment. It gives you an opportunity to hang with guys that you really enjoy hanging out with, and have a few beers and create some really beautiful food and bounce ideas off each other. And I think we have a common goal of trying to attract as much attention to Toronto's dining scene as possible. We all believe in the philosophy that it's not as much about individualism as it is as about the whole. 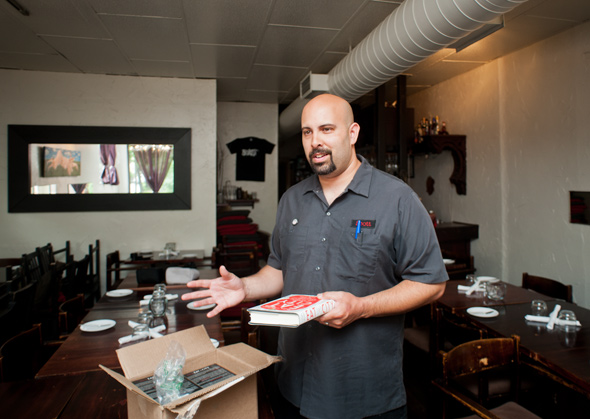 What's the hardest part about the restaurant business? With new restaurants opening every week, how do you stay and keep relevant (and busy)?

The hours are long, but you kind of get used to that. When you start out in this business, I think it's a lot more difficult. I think it's harder for people who don't have the passion, and if the passion does run out, I can see it being very difficult. We've been fortunate enough here being open for two years now and we both still look forward to coming to work every day.

I think social media has played a big part for us. With so many restaurants opening up, people want to be the first to eat there, and it's kind of exciting, because that's how the word gets out there. It's building and creating this really cool dining scene for Toronto. I figured out how to get Twitter on my phone, so that I could do it while I was in the kitchen. Our menu changes every week, so it's just a great way for us to get out new dishes, and once we figured out Instagram...it was just tying all of those things together that really get people interested.

We have to make sure that we stay on top of our game with service and food, because obviously the experience that people have when they come here is really important, but also so that people don't forget about us and we can attract them to the restaurant.

What's next for you and Beast? Any future plans you can tell us about?

We have a five year lease here with an option to sign for another five. I think a lot of it really depends on how the food scene turns out in Toronto. I definitely see a huge push for street food and food trucks, which I think is really exciting. And that's going to bring so much to the city if that ever does happen. We've tinkered with the idea a lot of possibly doing a Beast food truck, and whether or not we would have that coincide with the restaurant or whether that would be the exit strategy from the physical constraints and restraints of the building.

A sandwich shop has also come into my mind--we do the Friday lunch pop-ups that have become really popular, and it's something that is fun to do. I don't know if I see myself continuing in this kind of setting after this is over, but I could see myself going into a more casual atmosphere. Our attitude since we've opened is letting things happen, and also letting our clientele kind of decide how things are going to go, so I think we're just going to continue to do that. For right now, we're just enjoying ourselves and having a good time.

We just got a puppy so that kind of just takes up all of our free time. And it's caused us to break away; living upstairs and working downstairs, we find that unless we go for a liquor run or something, we spend so much time at this location. We don't really get out, and it's hard to believe that if you just go down on King Street, there's so much going on. So now that we have her, we try to take her on long walks, and go to Toronto Island. I found that this late in the game for me--most things that I find fun or enjoyable are food-related. To me, it's really exciting to check out new restaurants, do food-related events, and I don't consider those things work. 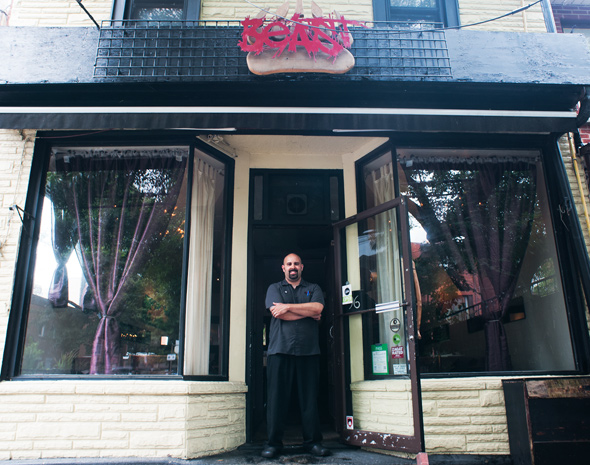 One dish you can't live without? Pasta

What would people be surprised to find in your fridge? Lots of champagne

What's one food trend that needs to end? As far as I'm aware of in Toronto, I think that all food trends that are happening are positive. I could eat tacos for my whole life.