Get to know a DJ: Jeff Button

As a teenager, Jeff Button sold mixtapes to his friends and classmates. It's a fitting if not altogether auspicious way start to a deejaying career, and also tells you something about what makes him tick. As part of this interview, I ask Button for an hour-long mixtape. Instead, he sends me one that's two hours. Dylan, the photographer shooting this series, asks Jeff where he would like to do their shot, which leads to a trip to the DJ's hometown of Dundas, Ontario. Rather than a bit of self-indulgence, this is just the type of thing that shows off how passionate and energetic Button is about what he does.

How did you get started with deejaying?

I grew up in Dundas, Ontario. When I started high school, I made hip-hop mix tapes for my friends. I was always the source of music for whatever we did — house parties, chilling, playing ball, whatever. I became a club promoter in 2005 at Boa-Redux, and after a few weeks of messing around on a pair of old CDJs and playing a couple of smaller gigs in and around Toronto, I was asked to play the closing party at Sonic Nightclub, which was then owned by house legend David Morales. After that party, I was asked to do a residency at The Docks called the Sunset Sessions, which was followed by another residency at the Mod Club called EXPOSED. Nowadays, I'm mainly at Footwork and loving it. It took a long time for all of that to transpire, of course, but that's how it basically all went down. 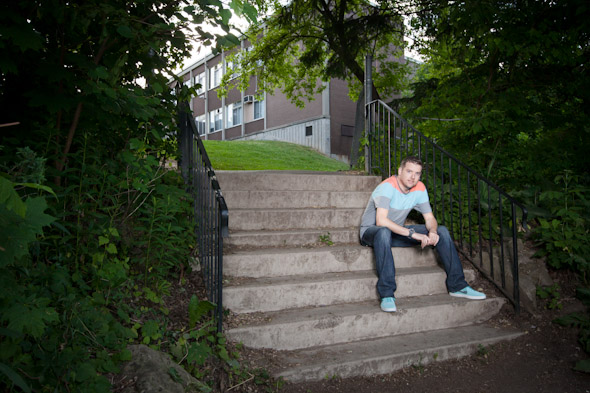 Did you ever manage to sell any of those early mixes you made?

I've always been obsessed with music. My dad still plays in his high school band, and my mom forced me to play piano at a young age — and I'm glad she did. So it's basically all their fault. (laughs).

In the early '80s I was into Hall & Oates, Herbie Hancock, Thomas Dolby, and Depeche Mode. And when I started high school, my life became hip-hop. I'd spend every last penny on all of the hype albums at Dr. Disc in Hamilton. The early to mid 90s was the best era for hip-hop, with artists like Nas, Mobb Deep, Jay-Z, and Tupac.

I started making mixtapes mostly for my own personal listening, but after playing them at parties and for my friends, I started getting requests. So, yeah, I sold a bunch of them. Don't tell that to anyone, though, okay? I don't want legal issues... (laughs)

How did you get started with The DigDeep Podcast? And can you explain how you approach each one?

DigDeep was a brand I started once I began throwing my own parties. Ever since I started deejaying I've had a deeper style, and The DigDeep Podcast was an opportunity for me to get experimental with my mixes. Since I've been involved in the Toronto scene, it's been known for it's tech-house scene, though I always went against the grain. Back in 2008, I started the mix series "DigDeep Disco" - BPM in the low 100's, and a very funky and sleazy style of deep and nu-disco house music. The response has been incredible. I have done six of them in total, and have expanded the series by inviting friends and other DJ's in the Toronto community to do their own DigDeep mixes. Carlo Lio was the most recent to submit one, and we actually hit #14 on the iTunes Music Podcast chart in Canada. I laughed because we were actually ahead of David Guetta. 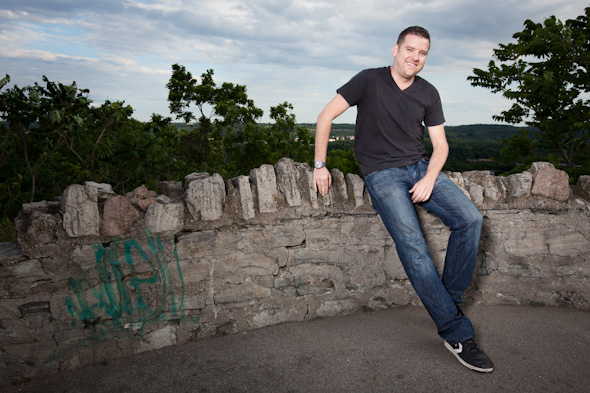 I've also noticed that you record and release a lot of your live sets. Any particular reason for that?

I feel like a lot of DJs hold back when it comes to their live sets and mixes. I've had some people tell me I'm giving too much away, but honestly, this was what motivated me as a deejay in the first place. I never thought that I would end up playing any high profile gigs — I just wanted to put out cool mixes that my friends and family could enjoy. For me, it's not about putting out the perfect mix. The slight imperfections make it real, and gives it a certain authenticity. I don't think I'll ever slow down putting out new sets. Actually, the one I did for blogTO is number 54! And now that I've made the switch from CD-J's to Traktor, I can see my output even increasing.

As someone who not only deejays, but also promotes most of their own events, can you share some of the challenges of trying to throw compelling EDM parties week after week?

I think one of the challenges is that there is just so much going on these days, and there are so many DJs coming up and doing their own thing. The biggest challenge is how to promote effectively. When I first started as a promoter, it was very personal. Now, with all the different social media options out there, it's become a bit of a mess and it's very time consuming. At the end of the day, however, if you put out a good product, you don't have to do much to sell it. And fortunately for me at The Modern Love Affair I've had the privilege of doing some of the best jams, with some of the best international talent in the world. 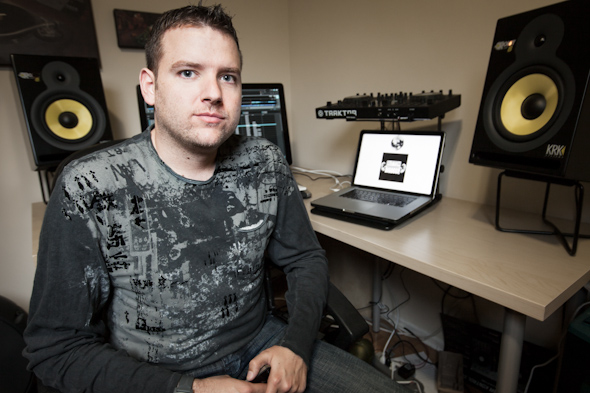 Speaking of The Modern Love Affair, how did you got involved with it? What has that experience been like?

I've always had a great relationship with Footwork, and have played there for several years. Jazz Spinder, who has been responsible for most of the talent we've has brought in, worked with me while I was at Sonic and The Docks. And when I started doing the DigDeep Disco mixes, Footwork's owners really enjoyed them, and we often talked about how cool it would be to do something with a similar sound and feel at the club. Eventually, The Modern Love Affair was introduced to Toronto. The first DJ we booked was Lee Foss. Initially, many were skeptical, because this sound hadn't always been well received, but after the first party we knew we had something special. I've been the main opening resident DJ, and Nitin has done an amazing job closing our parties. It's been crazy! Here we are a year later, and I'm still giddy every time we look ahead to the next party and booking. I recently became a partner with the night, and being more involved in the stuff behind the scenes has been really exciting.

Beside deejaying, what are some other things that interest and motivate you?

I'm a big sports nut — Miami Dolphins, LA Lakers, Leafs — don't laugh — and the Jays. I also enjoy photography, and I'd say I'm a pretty good artist as well. I just haven't been able to find much time for art these days. I try my best to make it back to Dundas to spend time with my family, as I've got a big family, and we all enjoy each other's company. I'll be honest though, so much of my free time is focused on music — looking for new material for gigs and working in the studio with some really talented artists in Toronto. If all goes as planned, DigDeep will be launched as a record label later this year, which I'm really excited about.

Finish this sentence: The Blue Jays finish ______ in the AL East this year.

Third and get the last wild card spot. I love this team, though apparently one of the players on the team doesn't love me. JP Arencibia blocked me on Twitter. I won't get into details, but apparently he doesn't take any sort of criticism well, but he loves to dish it out.

I'm taking the DigDeep podcast to the next level and launching DigDeep Productions as a record label. If everything goes according to plan, it's going to feature a lot of the talent I've already had on the podcast, as well as some special guests that I can't quite mention yet. I know I've already mentioned The Modern Love Affair, but we've got some amazing stuff coming up that I should mention. We just hosted Resident Advisor's number one DJ in the world, Jamie Jones, which was unbelievable. Hot Creations latest rising talent, Miguel Campbell, is playing at Footwork on June 23rd, and July 14th will be my official birthday jam and a Crosstown Rebels Label Showcase featuring Amirali and Russ Yallop.

Starbucks or Dark Horse? Starbucks... Yeah, I said it.

East side or west side? West Side.

What are you listening to on your iPod right now? Totally Enormous Extinct Dinosaurs — Stronger (Miguel Campbell Remix)