Get to Know a Chef: Mario Cassini, Caju

Mario Cassini is both the chef and owner of Caju, a small, Brazilian restaurant just west of Trinity Bellwoods. It's been there for 10 years, with its subtle signage and eclectic menu, even as a torrent of new spots, each touting buzz, have sprouted up all around it.

Brazilian cuisine draws its influences from a wide net of cultures and cuisines, such as African, European and Portugese. As I sip my Americano, brewed extra-strong, Chef Cassini quickly makes it clear that he's not in the industry for fame or glamour, but rather out of a pure passion for cooking and carrying forth Brazilian culture through authentic dishes. We spoke about his hometown, how to adapt dishes for a North American audience, and why people are so perplexed--as I'll admit I was--about Brazilian cuisine.

Where in Brazil did you grow up and what prompted you to move to Toronto?

I'm from Minas Gerais, meaning "general mine," where most of Brazil's rich minerals come from. I moved to Toronto because Brazil was going through a tough phase at the time. At first, I started to think about going to the States, because we're so connected despite the European influences on our culture. But the Visa was easier for Canada, and after I arrived and stayed here for a while, the States got out of my mind. My whole family--a large family--is still in Brazil. 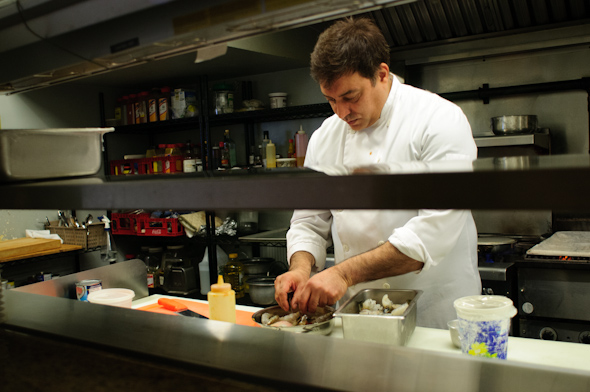 I went to George Brown College--before, I mainly cooked guy things, like things on the barbecue. I always had this thing for cooking. Nobody ever really taught me anything back home but I used to make fried fish, and make my own mayonnaise, and people liked it. Little by little, I started to think that maybe I had something. After three years in Canada, I had to go back to Brazil and tried to enroll in a school there, but it wasn't at the same level. 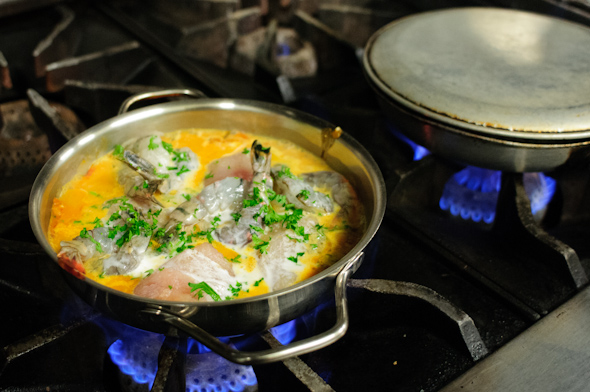 I like many, many dishes. I like to cook a paella--the complexity of it, and there's so many things you can put in the dish. I like to cook things item by item and then put them in, so everything is properly cooked. The Portuguese version--arroz de marisco--is seafood and rice, but I prefer paella. I also like Mediterranean dishes.

When I opened this place, I wanted to do something that would reflect my culture, because Brazil's culture is so diverse. It's simple, but it's complex at the same time, and cooking dishes with those influences and those methods is interesting. 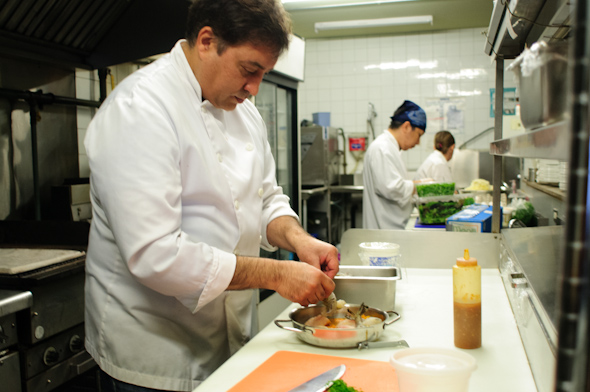 What have been some of the challenges in introducing Torontonians to Brazilian cuisine?

Canadians are more open now to other cuisines, including Brazilian, than when I first came. Italian and Chinese cuisine were very dominant, then there was fusion cuisine in the '90s. I think you need to have some roots and substance, and Canada is quickly claiming so many traditions; it's not just poutine, ham, and bacon. But Toronto is such a trendy city that it can be hard at times.

Are there certain dishes you'd love to include on your menu but that just don't (or didn't) work for Toronto palates?

I tried one time to put a chicken dish on the menu, with okra, but people don't tolerate okra so well. It's a strange vegetable, and people weren't sure what to make of it. Then there's the black bean stew--in some areas of Brazil, they put pig ears and pig feet in the stew, but even in Brazil some people don't like to eat it that way. I decided to do the same thing here, but lighter--with pork and sausage--so it won't scare people away. I like to make a feast of it by putting rice, cassava chips, cassava flour and collard greens on the plate, as well. 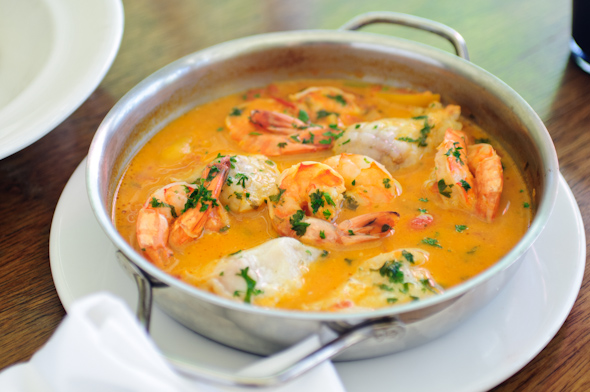 Why do you think there are so few Brazilian restaurants in Toronto. Do you expect this to change in the next 5 or 10 years?

I believe the change will come. First of all, it's not easy to open a restaurant in this city anyways, no matter which cuisine it is. But also, the Brazilian community is relatively small, and to gather the business, know-how, and to figure out what you're going to serve is difficult for those that don't know much about the culture. I think the challenge is that people don't know what Brazilian cuisine is--some people ask, "is that Mexican?"

How often do you get to go back to Brazil? What food/restaurant trends are happening there that interest you?

I try to go back every two or so years. It's not enough, but having this restaurant, I can never go for very long. The pastries in Brazil are amazing, and I'd really like to do something like that. I wish to do more, but one thing at a time--we still have to explain what we do and why we eat this way. After 10 years in this place, I'd like to make some changes.

You name it. Cooking is always fun--people look to me as the person who knows how to cook. I love to do it, but I just don't like to have a schedule for it on my days off. I used to run marathons, now I like to just enjoy the weather. In Brazil, we take it for granted, because every day is pretty much a nice day--living in Canada, we should celebrate a nice, sunny day. 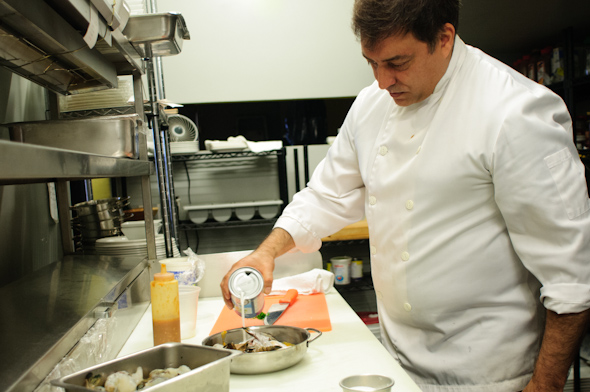 David Chang and Daniel Boulud? I've never eaten what they cook, so I can't say.

What's your favourite restaurant in Toronto? I like Blowfish.

What would people be surprised to find in your fridge? Nothing, I don't think. Maybe ketchup--kids sometimes want some with our cassava chips.

What's one food you can't live without? Rice and beans.

What's one food trend that needs to end? I don't think things should go away forever, but I think we should grow up from caring so much about novelty, and care more about what's good and honest.

For more chef profiles, visit our Toronto Chefs Pinterest Board.