Joe Gomes has been tending bar at Toronto's Park Hyatt for more than half a century. A lot has changed over the years, but not so much when it comes to Joe. That's his secret. He's direct, honest, and never afraid of being himself. Though, for all the wisdom he has to offer, it's his humility that really stands out. Within the first few minutes of meeting him, it became obvious why Paul Anka was just as excited to shake his hand as I was.

I sat down this week with Toronto's most experienced bartender to talk about his views on Toronto, customer service, and what it takes to keep a job and a marriage going for over 50 years.

How long have you been bartending at the hotel?

You remember the month?

Did you know you had found your career?

When you're young, you don't really know these things. I was only 17 when I came here from Madeira, still in high school, and I needed to find work. You have no choice when you come from overseas. You take whatever comes. 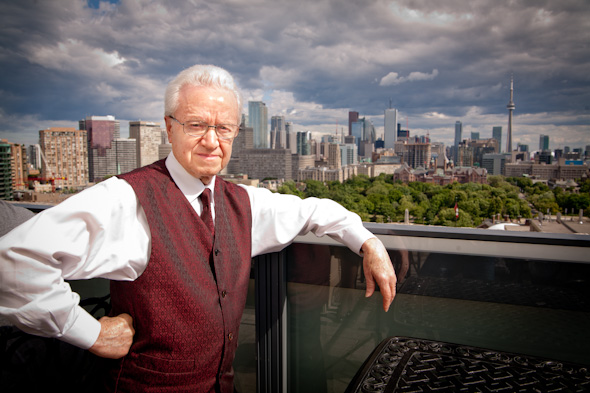 So what's kept you at The Park Hyatt?

What's kept me here this long is the people. There have always been wonderful owners, wonderful staff to work with, and wonderful guests who come to visit. To me, that's the most important thing. My wife might not agree with me (aughs), but you can't have everything. It's like a marriage: if you're happy, why change?

You have an important anniversary coming up.

It's going to be my 50th wedding anniversary on December 1st.

That's pretty incredible. You've been with your wife for half a century?

And counting. I met my wife in Madeira, 55 years ago. Two years later, I came here by myself with the promise that I would find a way to bring her over and get married. It took three and a half years. We married by proxy because, in those days, you had to be married before you could apply for someone to come over. I remember she arrived a week before the wedding.

Were you allowed to see her?

Of course, I had to pick her up from the airport. But it was different back then, even though we were technically married, my mother wouldn't let her stay in the same house until after the ceremony. But I didn't mind. I said to her, "Mother, I have waited three and a half years already. What's one more week?"

You've had a wonderful opportunity, over the years, to observe the changes Toronto has gone through. What stands out?

So how would you describe Toronto to someone who's never been here?

Toronto is such a beautiful city. Nice people. Friendly people. Safe. Not as clean as it used to be. This used to be the cleanest city in the world. I'd never seen anything like it when I first came in 1959. But it's getting back that way. They've done a really good job of cleaning it up over the past few years. 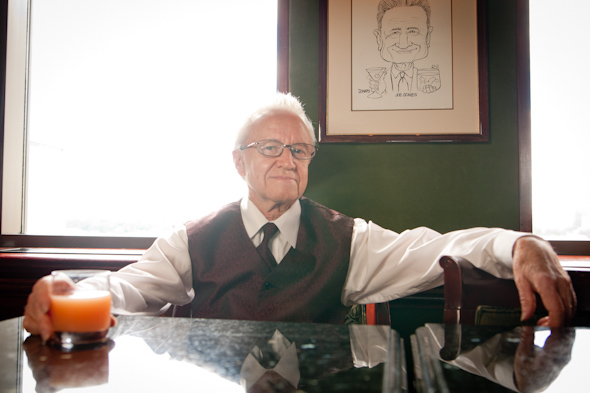 How about the people who come here? How have they changed?

It used to be that, if you were born in Toronto, you weren't allowed to stay at The Park Plaza. You had to be from out of town. So the people that stayed here were always visiting from other places. It's different now, of course, now that it's a Hyatt.

Have you noticed any changes in terms of what people order?

In those days we had a set menu that was the same year after year after. Now, everything is different. Everything is new. They make flavoured vodka now. Once you have this, you have to learn what people like using what they give you to work with. That's the most important thing: you have to give people what they want, not what you want.

And I guess a big part of that is being able to know what someone will like?

Exactly. A lot of people come up, and say, "mix me something." I reply: "you know how hard it is for me to do that? I don't know you. I don't know if you like something sweet or sour. I have no idea." But they stay at the bar. We talk. And, once you talk to someone, it's easy to learn what they like.

Being at a hotel, you must have new people pass through all the time?

Before it was different. People would stay longer at the hotel and so you'd see them every day. Now, the volume is much busier. Because of that, people know me more than I know them. But, even if I've never seen them before in my life, I smile. Every person who walks through the door has the potential to come back. So I like to make them comfortable. 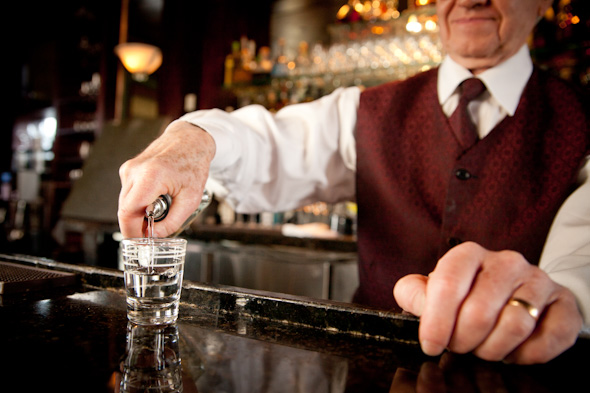 Are you surprised by the resurgence of some of the more traditional cocktails?

The thing is, today, when they order one of the drinks from the old days, they change it. It's not the same recipe we used to use.

Exactly. We have all sorts of Manhattans today. Syrups and whatnot, things they didn't do back in those days. In the '60s, it was always whiskey. Canadian whiskey. Scotch, bourbon, these things were not popular.

This hotel has been known to draw a lot of high-profile guests. Is there anybody that you've served that really stands out?

I remember someone who wanted to meet me was Paul Anka. I guess someone had told him about me, I don't know. He was very excited. He came by on a Wednesday, my day off, and had to ask when I would be working next. Two days later he came back — I remember it was very busy — and he walked right up to the bar to extend me his hand. 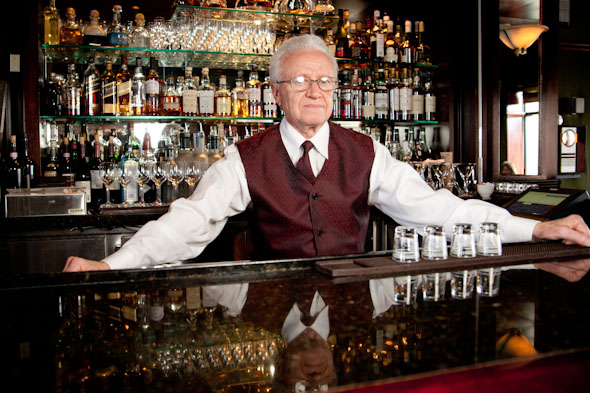 It's very simple. You have to know how to talk to the customer, when to talk, how to approach them. It's all about communication. This's something that comes with experience.

Before, I used to copy people, watch them work, try and pick out the good things, but now I can just be myself. It's much easier that way.

For more bartender profiles, visit our Toronto Bartenders Pinterest board.