Get to Know a Chef: Joel MacMillan, Zocalo

Whether it's printmaking or developing new sausage combinations, Zocalo's chef Joel MacMillan devotes himself to both creative mediums. The artist turned chef now showcases the country comforts he grew up with and the communal dining style he enjoys in a small, yet inspired menu. It's local, simple, honest food.

Well, I went to art school and ended up needing a job at that point. And that was maybe thirteen years ago. And then I started working in kitchens here and there and I just found a love for it. I found a way to be creative, because coming from art school, it's still another medium to provide that. 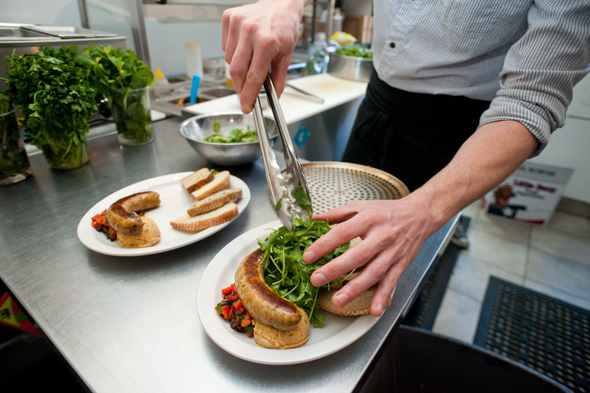 Just through experience; my family is from northern Ontario so they cooked a lot themselves because it was affordable. So I learned stuff from my grandparents and my mom. I did one year at George Brown, only because I wanted the paper so I could maybe travel and work other places, but then I got offered this opportunity so I stayed here. So formally, not so much, maybe just experience going from job to job.

Why the Junction Triangle?

The owners are friends of mine and they needed someone, so I applied. We had the same vibe with each other with the food aesthetics and trying to do things as locally as possible. To be honest, I never really went beyond the track, I've been here for ten years and never really hung out in this area. But then I noticed a lot of affordable housing for students, there a lot of young families that are just buying here. It's hard to tell because on Sundays we have people coming from across town, it seems like a mix of people just come, which is great - the word's getting around. 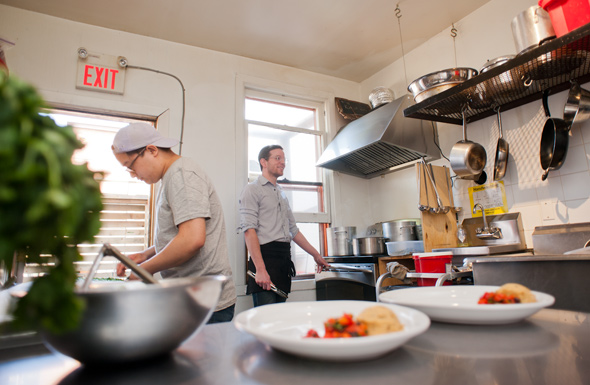 Our menu's quite small. We have about five items during the day, so we do the same things over and over again. So I couldn't say what I enjoy doing the most, because it's just the practice of getting through the shift. We sell a lot of sausage, which is great, and I do enjoy the process. I do them on a prep day, so I kind of just meditate with sausage...which sounds kind of weird.

What's the secret to making a great tasting homemade sausage?

Obviously you need a meat that has a decent amount of fat in it to make it nice and juicy. But I do like putting a lot of grains in my sausage to absorb all of that flavor rather than it just escaping. I know that's what the casing's there for, but it keeps it more moist.

We try to do as locally as possible. All our cheese is either from Ontario or Quebec, and a lot of our wine is from Ontario. All our meat is from Gasparro's, who source their meats from farms just outside of Toronto that deal with free-range and grain fed. It's not all organic, because of our price point. Right now we're trying to go to the Dufferin Grove and build relationships with farmers so we can get more produce that is locally grown. We change our menu seasonally, and sometimes it's hard to get the stuff, but once it's the peak season we for sure grab what we can from Ontario. 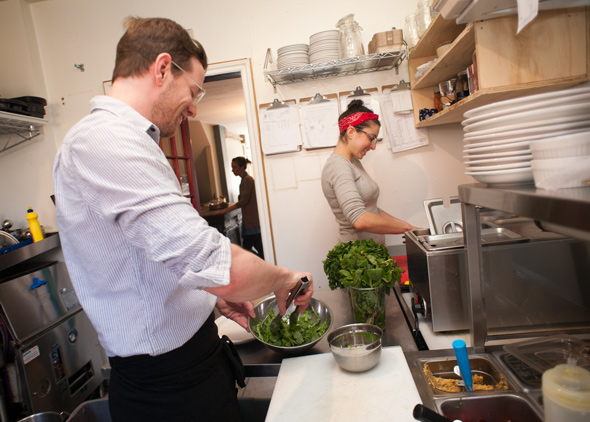 Are there any dishes you tried to serve that just didn't work?

There's just been a few tweaks here and there, and we have no problem doing that just to meet the needs of the customer. I couldn't say anything was a huge flop. Since the beginning we slowly expanded where we thought we could; we slowly introduced more mains, we slowly introduced more appetizers. I do as much research as I can when I'm not around, and I'm a little obsessed that way. So I try and make sure I personally like it, and I hope other people will like it as well.

What's the worst experience you've had working in the restaurant industry?

Sometimes it's the long hours that kill me. And going to George Brown and working with chefs who'd been in the industry for 20-30 years longer than I have; going to classes where they're so regimented, a few times I cut myself, and I've barely ever cut myself in the kitchen, but I did so many times at school. It just created this nervous atmosphere with the old school chef mentality where they had to yell at you. But the worst experiences I've ever had were all personally inflicted, being so frustrated with yourself and questioning if this is right for you. But when it comes down to it, it's just focus.

I'm in a band, I do music stuff. I've been doing that for maybe fifteen years. I read a lot; I'm kind of a nerd, I do like sci-fi books. I spend a lot of time alone to be honest; being around people so much, being around this atmosphere, I sometimes need moments to myself. I still do needle-work and try to keep the art up. And I just started yoga, which was intense. 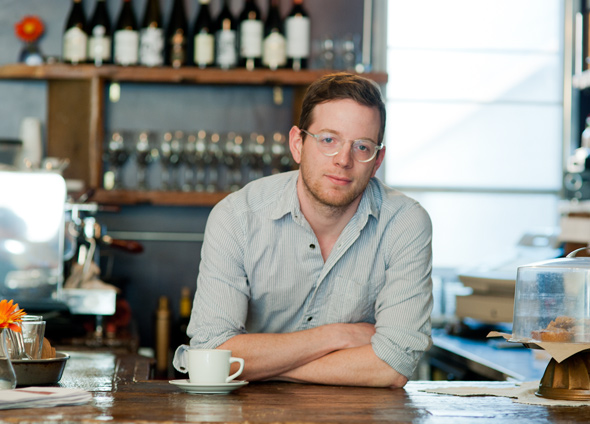 What's one thing people would be surprised to find in your fridge? It's empty

What's one dish you can't live without? Ethiopian food

What's one food trend that needs to end? Any dish that's unapproachable