Toronto through the lens of Sam Javanrouh

Nine or so years ago, Sam Javanrouh challenged himself to post an image a day on his photoblog, Daily Dose of Imagery. In meeting that challenge (he hasn't missed a day yet), his stock as a photographer skyrocketed. In the years that have followed, he's won awards, published two books, shot time-lapse sequences that went viral, and put together an impressive archive of photos, the majority of which feature Toronto in some way or another.

I've often found myself clicking the "day before" button on Daily Dose of Imagery, curious to see how Javanrouh has sustained his inspiration week after week. Although he claims below that Toronto architecture still leaves something to be desired, his photos tell a different story. You'd be hard pressed to find a photographer with greater ability to capture this city's beauty. I recently caught up with Javanrouh to ask him about his the city, his photographic style, and the challenges he faces in keeping DDOI fresh and relevant.

I've been around cameras since I was a kid. My father is a cinematographer and cameras have been a part of my life in my home country, Iran. Ironically though, I never owned a real camera myself until I came to Canada in 1999. I was 26 then. When you move to a new country in your 20s, you leave your home and friends and family behind and it's a hard thing. The first couple of years are the toughest to deal with, and I was trying to find a way to cope with my new home and still be in touch with the people I left behind.

It was in that year that the first consumer digital cameras started to surface and I thought they'd be perfect for me to get one and start sharing images of my new city with my friends back in Tehran. My first digital camera was a Nikon Coolpix 950. 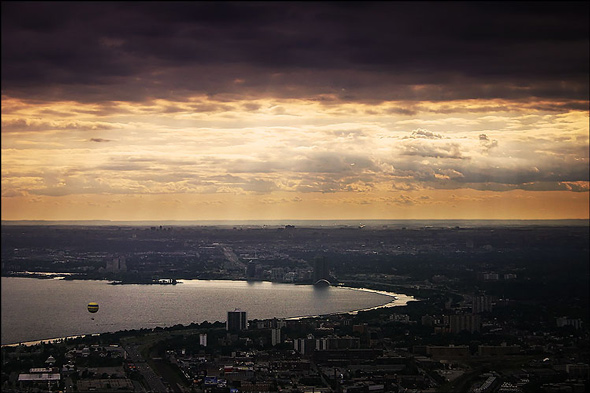 You started Daily Dose of Imagery in 2003, what challenges have you faced keeping the site compelling?

I started DDOI in July 2003 for two main reasons. One was to create an online photo gallery to make it available for people I know, instead of sending images through emails. The second reason was to challenge myself creatively to create at least one image a day that was worthy of sharing. For this I needed to constantly explore different parts of the city and find new subjects to photograph. The obvious challenge with ddoi is to keep it fresh on a daily basis. Right now, It's over 8 years and 9 months that I've started this project and that's more than 3200 days and I haven't missed a day (yet!)

And my life has changed dramatically from when I started ddoi. I work more, I have a child and my new home is farther from downtown which is my main hunting grounds. All this makes keeping the site going on a daily basis very challenging, but at the same time I'm glad I kept it alive because it's pushing me to get out and take more photos, no matter what. 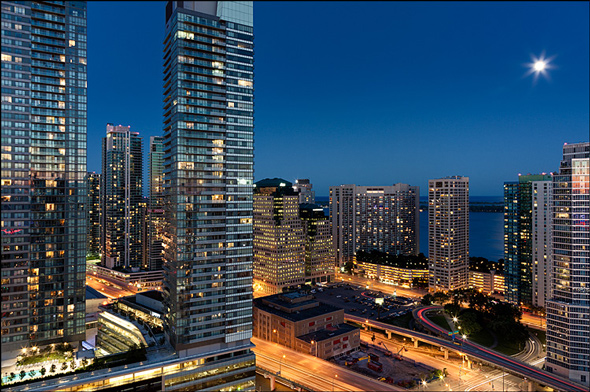 You've shot in a number of cities, what would you say makes Toronto a unique place to shoot?

Toronto is not a pretty city by usual standards. We don't have great landmarks like the other major cities. We didn't have amazing architecture (that's changing quite rapidly, and I'm very happy about it). We're near open water but our waterfronts are nothing compared to other big cities (again that's also changing.) Overall it's a tough city to sell to tourists. But what Toronto does have is a wealth of hidden gems and amazingly diverse and varied neighborhoods.

After all these years I don't think I've seen near half of what Toronto has to offer. There is so much to see. So many alleys to discover. And each neighborhood has its own look that sometimes it's unbelievable that it's all in one city. The multicultural nature of Toronto only adds to this amazing variation of eye candy. I think it's partly because of these reasons that Toronto has such a strong community of active photographers and photobloggers. 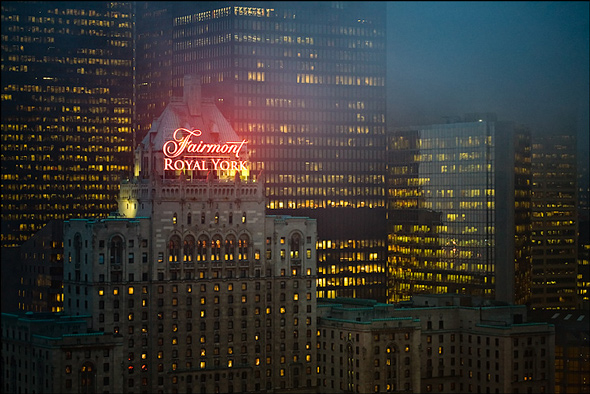 I'd like to think I haven't found it yet. It's the searching for the next favourite place that I like most. I usually take better photos on the way to wherever I'm heading than the actual destination. This could be one of the reasons that I usually shoot alone and mostly unplanned. 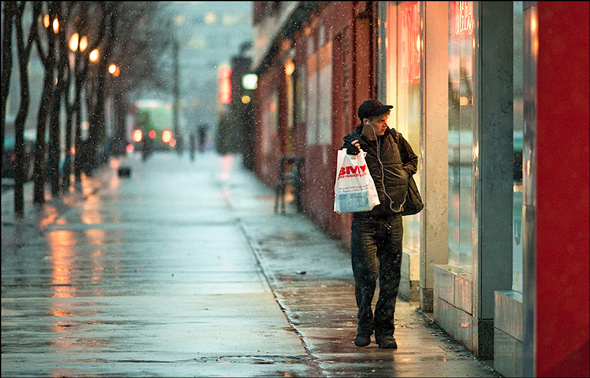 One place you've always wanted to go shoot and haven't? Why?

There are so many places that I haven't spent enough time to explore yet, but it's mostly the west end. For the most part the western part of Toronto is still new to me. In the 13 years that I've lived here I've lived on Yonge street and the East. I've also only worked in East (except for one year I've worked in Mississauga) so I haven't really explored that whole side of the city yet.

There are also a few huge abandoned buildings in the city that I'd love to get in and explore. 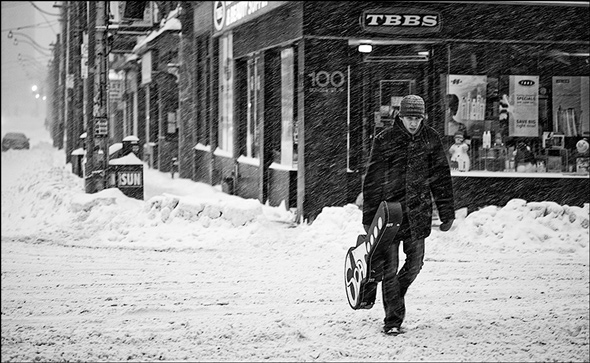 How has travel altered the way you approach photographing Toronto?

I think the most important lesson I learned so far is to try to observe what's around me like a tourist in my own city, and to be always ready to catch that moment that is never going to happen again.

It has also more confirmed the fact that my style of photography is more suited to explore the hidden and unfamiliar parts of the city than photographing the obvious. When I went to Paris or Prague, I took photos of everything, but when I looked at what I shot later I noticed how little I took of the landmarks and how many I had of the textures and the light play of the city in mundane and ordinary streets and alleys.

Would you say that you have a particular style that you've tried to develop?

I think most photographers spend their life trying to achieve a signature style, but the thing is people evolve and change and so do point of views. And I think it's mostly the other way around; the style usually finds you. I'd like to try my hands on many photography techniques and experiment a lot, and part of that is because I want to keep my photoblog fresh. I'm not the type of photographer to say I do one style only and that's it. But I do see myself going back to the same sort of subjects and looks more often. There are many elements that re-appear in my photos from time to time and for the most part it just happens and is unplanned, which leads to a certain look that my photoblog visitors are familiar with.

You've made some stunning time-lapse sequences, can you tell me a little bit about that process and why you find it rewarding?

I'm a huge fan of cinema and I've spent countless hours in movie theatres when I was younger. One of the movies that really moved me back then was Koyaanisqatsi by Godfrey Reggio, which is pretty much all timelapse footage, with incredible music from Philip Glass. I've been obsessed with timelapse ever since and the moment the technology made it possible to do it easily at home I started doing it. I find the process very rewarding because I love images and timelapse sequences are photographs, many times a minute! The process takes time and careful planning to do it correctly and another problem is storage; I'd be living in a house made out of hard drives if I kept everything I shot. But when the magic happens and you capture something amazing, it's all worth it. 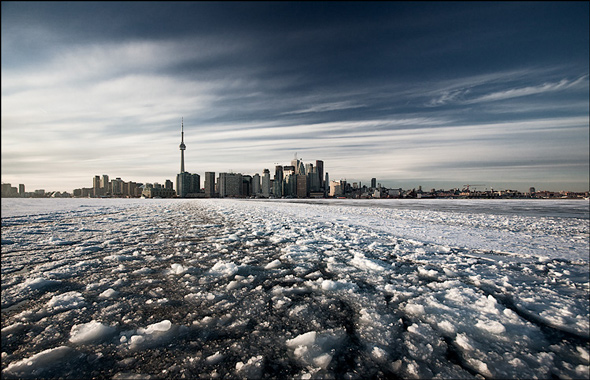 Where do you get your caffeine fix? Jet Fuel Coffee.

First camera you owned? A Kodak 110 Instamatic Camera when I was 8.

Digital or film? Film. Which is weird because I exclusively shoot digital. 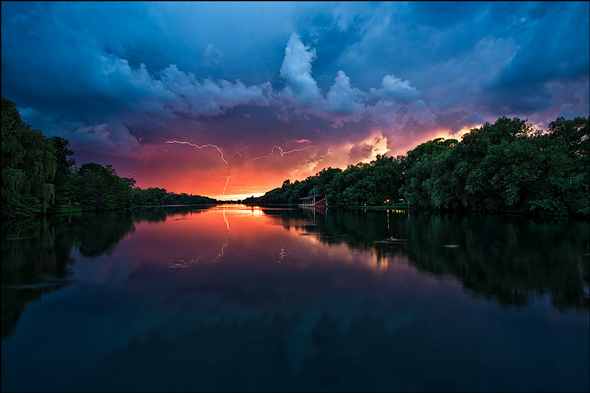 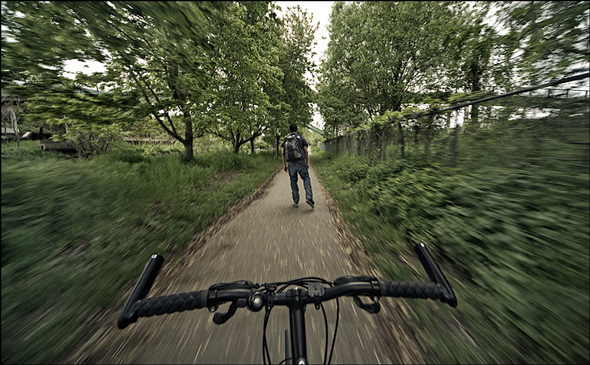 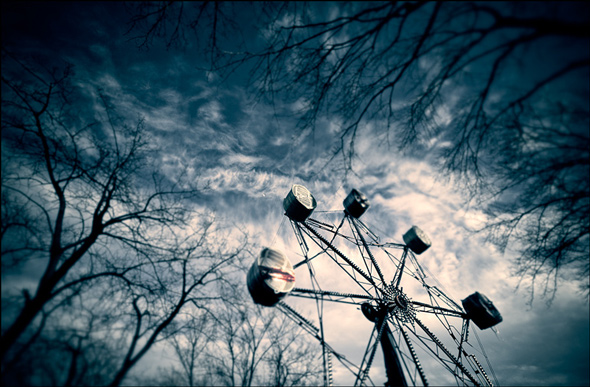 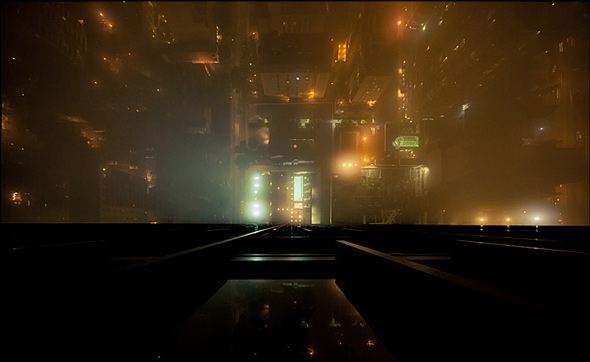 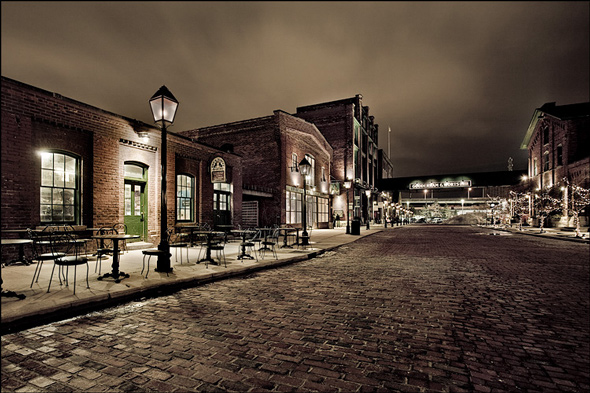 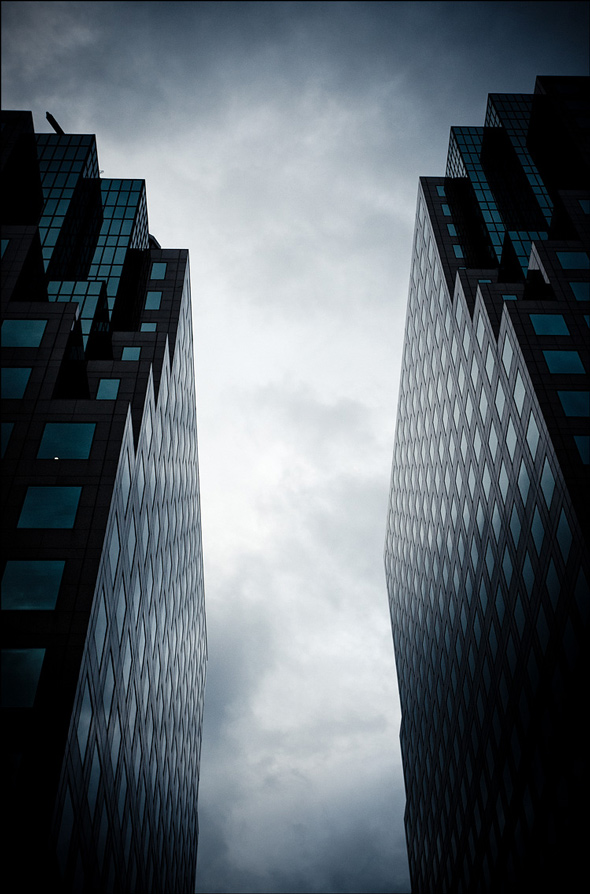 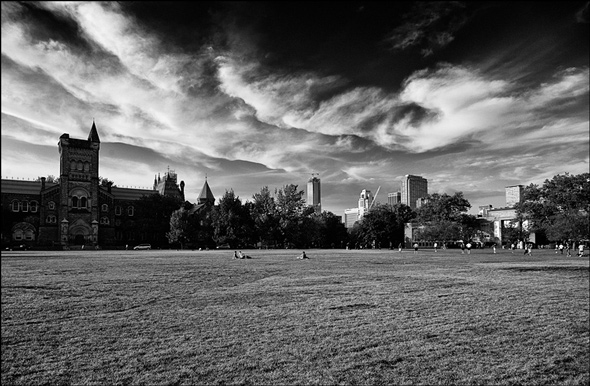 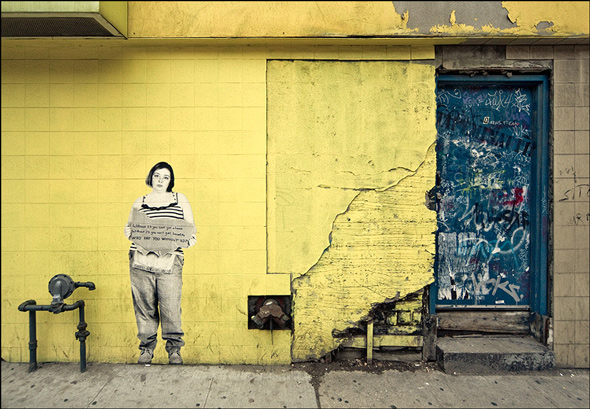 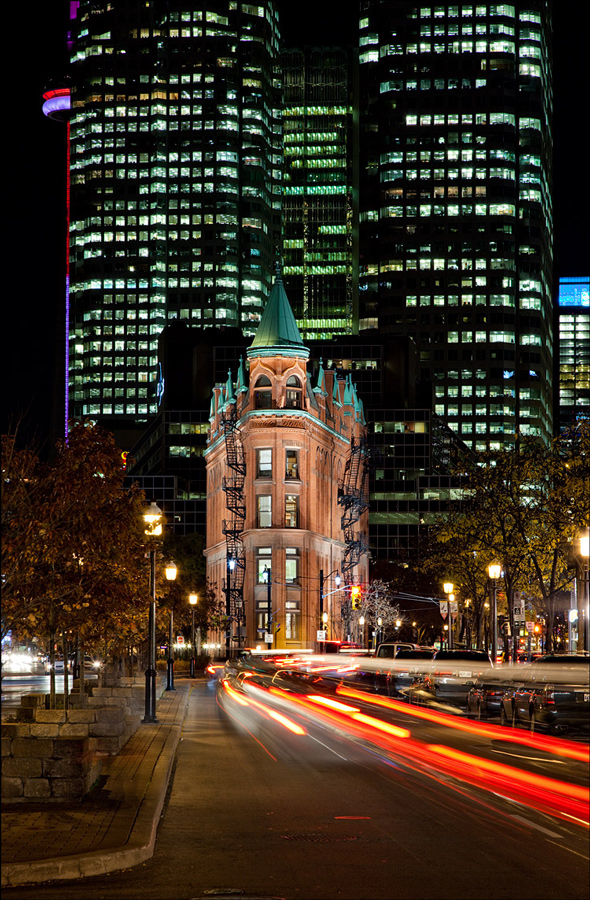 To see more of Sam's work, check out his Flickr stream.