Get to know a Chef: Shant Mardirosian, Burger's Priest

It's safe to say Burger's Priest owner Shant Mardirosian has converted an impressive wave of burger fanatics. His no-fuss, Californian style patty brings customers in droves, topping multiple best-of lists this past year and even having a hymnal dedicated to its name. Here, he easily responds to recent criticism about his new uptown spot, but remains mum on the status of the much anticipated third location.

Well, that's based on the assumption that I am a chef - I'm not. I'm a waiter that knows how to make a hamburger.

What did you want to be when you were younger?

My first restaurant job was at Planet Hollywood. 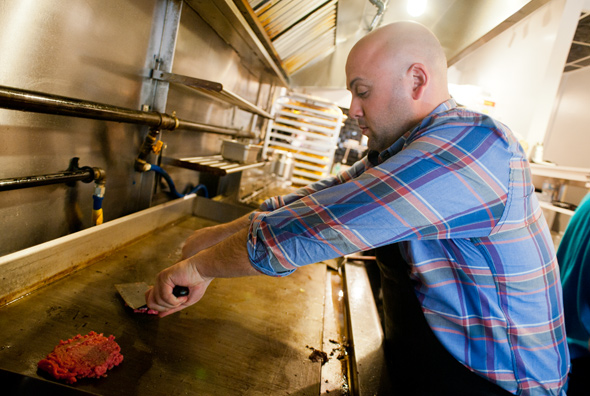 I don't know if I necessarily like them so much; I just felt like it was something that could be improved upon in the city. And it's something that is just simple and I like it, so I just made it.

What do you like to eat when you're not eating burgers?

I like to eat the Bigoli pasta at Buca.

What's something that should never be on a burger? 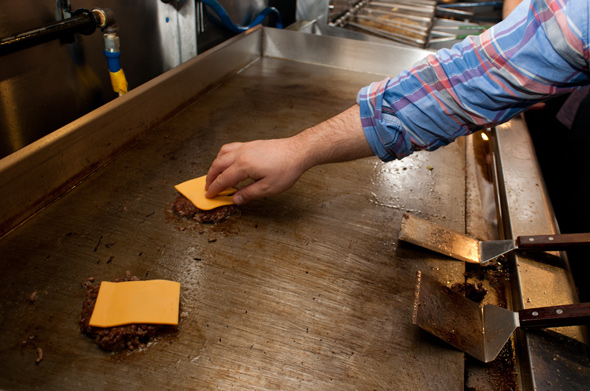 Aside from you, who makes the best burger in the city?

I would say Mark McEwan at Bymark. Just because it follows really simple principles of really good beef, loosely packed and lightly seasoned.

Joanne Kates called your new location an "unholy disappointment" yet you have line-ups out the door. Do restaurant critics matter anymore?

When and where are you launching location #3?

I don't know, I honestly don't. I'm not lying, I'm trying my hardest to get this one running as soon as I can, but I'm having some problems. But once I get this one going then it could be six months, it could be a year. And it will probably go downtown.

Would you prefer to franchise or keep Burger's Priest company owned? 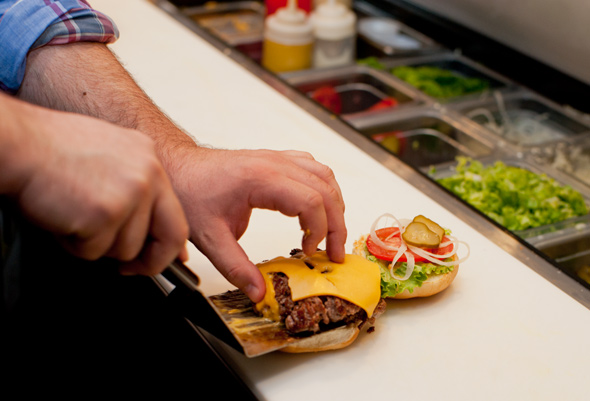 David Chang or Daniel Boulud? I don't know who any of those people are.

What would people be surprised to find in your fridge? Nothing. My fridge is empty.

What's one dish you can't live without? Spaghetti

What's one food trend that needs to end? Shawarma 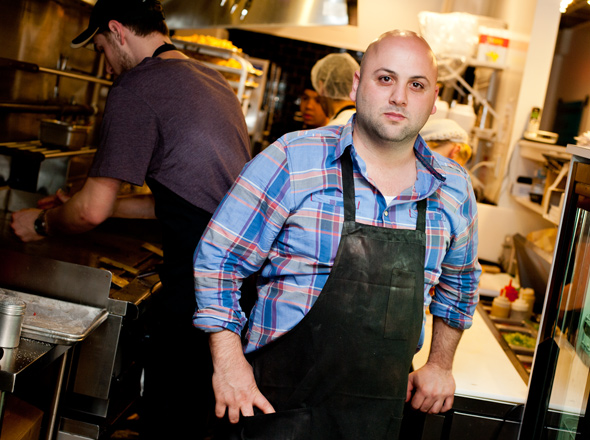