Get to Know a Bartender: Robin Wynne of Fynn's Temple Bar

Robin Wynne got his start in the service industry like a lot of people — in the dish pit. But the journey from there to creating award winning cocktails is hardly a straight story.

He spent the better part of his early career in the kitchen, working his way up to Chef at Legends Tap & Grill in Guelph, Ontario. From there he moved on to management positions in the corporate world at places like Milestones, but when that left a bit of a bad taste in his mouth, he took a job running Fynn's of Temple Bar on King West.

He'd never intended on pulling pints himself, but Sunday evenings were a bit of a drag for a while, and it seemed wasteful to have a dedicated bartender, so Wynne took to the wood and discovered he was a bit of a natural. In just two years he taught himself the ropes and went from complete novice to an in demand cocktail consultant, building menus for Fynn's and beyond.

What made you want to be a bartender?

It wasn't so much wanting to at first as much as just saving labour costs. I was told when I came to Fynn's [as a manager] that Sundays were slow and we don't really need an extra body bartending so I should just do it myself while I manage.

I was never a bartender before. You know, if you asked me to make a Sidecar when I first started I'd have no idea. Even now I'm still learning... I'm still in awe of so many bartenders in this city. 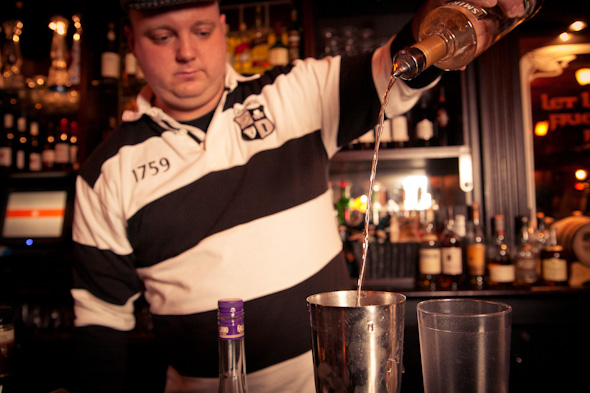 What do you drink when you're on the other side of the bar?

Well there are two, obviously there's the Caesar, which gets me type cast in a lot of situations. But other than that, I've been really, really falling in love with good tequila. I used to hate tequila with a passion, just because of a few bad experiences with Jose Cuervo.
Then I went to this Don Julio event and it was a pretty romantic presentation — good branding and propaganda — but also, it was just really, really good tequila.

What do you do with your free time?

To be honest, I like visiting other bars and other bartenders: The Toronto Temperance Society, Churchill... I try to get out as much as I can. It's tough though when you're closing five nights a week.

And what is something people might be surprised to find out about you?

Well, I love house music. I don't know if that's surprising, but I used to DJ all over the world and produce house music. I've DJ'd in Europe a lot, over in Asia a little bit. So I've seen a lot of the world.

My Dad was always a guy who used his job as a way to travel. He designed airports, so when I was younger we went to the Caribbean a lot for that. For me, I'm not going to follow in his footsteps, but I really wanted to see the world. So basically I got into DJing and practiced a lot and used it as a tool to travel and meet people and see the world. 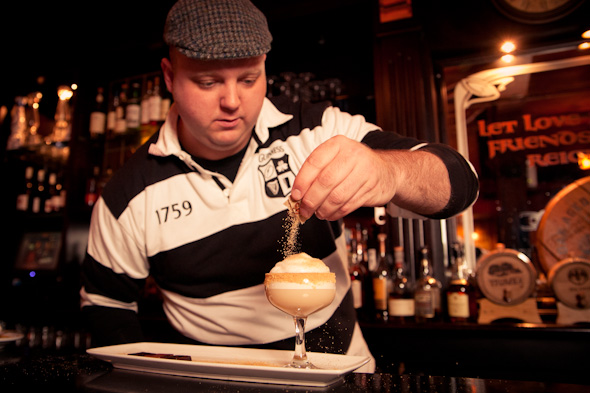 Well for the most part, there's great revelry here, but King West is changing a bit. Five years ago people would be ashamed to get kicked out of a bar, and these days there's a certain clientele who wear it as a badge of honour.

But you try not to put it on them too much, but still be realistic about it. So instead of being aggressive with somebody you just say like "look, you've had a great night, and I'd love for you to come back another day, but I'm going to have to ask you to leave." You know you don't want to insult them; you thank them for coming in, but you're firm with them.

I think right now for me — I'm a pub guy — I find myself migrating to the Fox on Bay or the Miller Tavern. Rob Montgomery is there, and he's a great mixologist/bartender... a great host in general. There's also another great bartender there named Kathleen Shattock. The food is incredible, the drink list is great and if they have time they'll make you something kind of cool and special. And it's close to where I live, so it's kind of my local.

The best thing about being a bartender is having somebody walk in and being able to share something you're passionate about. I love talking about tequila with guests, especially the people who don't know anything about it. If they order certain, let's say, more common brands, I love opening their eyes to some lesser known products — just having people leave inspired.

And what's the worst thing?

The hours. I think that's probably everyone's answer, right? It's tough to have relationships... it can be tough on your social life too when you're working until 4 a.m. four or five nights a week.

What trends are you excited about and what do you think is over?

I think martini culture is over. All these martini bars are just vodka and juice bars or gin and juice bars. So, I think on the other end of that is cocktail culture, which is now moving in instead. I think one of the biggest trends you'll see this year will be the barrel aging. I know it's been creeping in for a while, but more and more bartenders are getting their hands on barrels. So yeah, I think the biggest things right now are barrels, bitters and bourbons... the three "Bs" 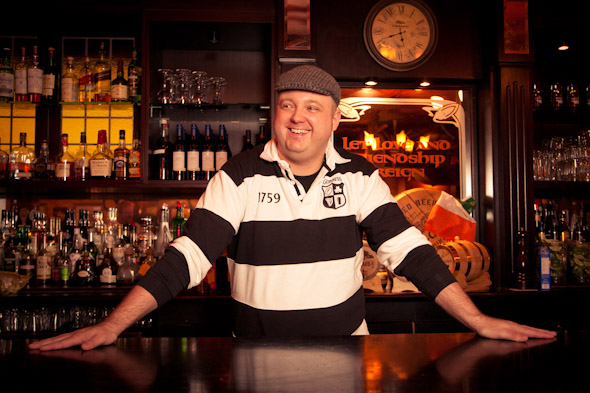