Get to know a bartender: Michael Louis Johnson of The Communist's Daughter

Michael Louis Johnson is a really good bartender. He does a lot of things besides pour pints of course. He's a dad to a three-year-old girl. He's a cycling and public space advocate, an actor, and he plays in three bands: the Red Rhythm, Rambunctious and the Lemon Bucket Orchestra.

And you know, he's pretty good at all that stuff. But he's a really good bartender.

For eight years he's been the friendly, personable guy running the room at the Communist's Daughter, making sure everyone is having a good time. And for the most part, everybody is. Most of that can be chalked up to personality — he's a quick wit and a keen conversationalist — but there's a little ambition hidden in there too. How else does one explain the raucous Saturday afternoons when he invites the Red Rhythm to join him on his shift, allowing him to sing and play trumpet while he tends to his customers. Or a night of BYOV (bring your own vinyl) that turns Mondays into a boisterous listening party where side A is a given, but the room votes if it's worth flipping to side B. Believe me, it can get tense.

It's that kind of care that elevates a night at the pub, into a really special event — even if it is just a Monday night.

How did you get started at the Communist's Daughter?

Well, I was roommates with Trisha Welbourn (part owner), so when she and Paul Emery (the other part) got married, we all lived together for a year and it was that year that the planning happened. I'm not one of the owners, but it kinda feels like my bar. You know, every morning at breakfast we'd be talking about it for like a year. I didn't work there immediately when it opened, but after a few months we decided to do the Saturday afternoon show — the jazz show — and I thought, well why don't I bartend and do the show. And that was sort of how I got started working there. 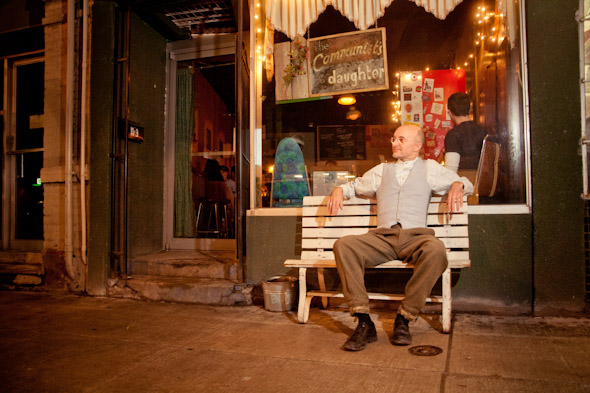 What's kept you there?

Oh, it's just the best place to work. I can't imagine having a better job. It's a one man show in there when you're working you know? Only one bartender. And Paul and Trish really let you do with it what you will when it's yours. It's a really friendly bar, people of all different ages, all different jobs. You'll see some 20-year-old student sitting next to a 60-year-old writer you know, trying to figure out life. It's just a great neighbourhood bar.

When not behind the bar, how do you stay busy?

Well I have a three year old daughter and I have three bands. There's the Red Rhythm and we play Saturday afternoons (at the Communist's Daughter). And then I have a band called Rambunctious, which is all original material — it's nine horns and a drummer. We don't know any songs, so you make up a song title and we go from there and I sing and make up the lyrics. It's all sort of dance party music. And then I play with Lemon Bucket Orchestra which is an East European party folk band.

What brought you to Toronto and what keeps you here?

I came to Toronto 21 years ago to be an actor. I came here because my brother Gordie had a band going at the time called Big Sugar and I just thought, you know, Toronto is the place to be if you want to be an actor.

I immediately moved in with a bunch of musicians and you know, got thrown head first into the arts scene and I found Toronto to be really laid back compared to Vancouver, which is sort of the opposite of how most people interpret the two places. I went to UBC in Vancouver and I found it really, really moneyed and uptight in the '80s and the Toronto that I know, downtown Toronto, is full of really warm and welcoming, radical artist types. 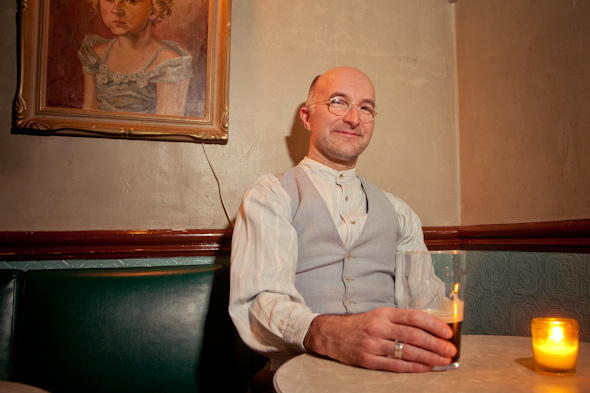 Who is your favourite regular?

There's a guy named John Saunders who is a painter. He's an interesting old cat who always has a wonderful perception on things because, you know, he's aging now, but he's still got to work these construction jobs to feed himself because he's lived the life of an artist.

Then there's my friend Isabelle who works with senior citizens across the street at St. Christopher's. She's this amazing public activist and — oh, her daughter. Her daughter had her 13th birthday party at [the Communist Daughter] and she's become a good friend of mine and now, seven years later, she's the drummer in my band — she's 20-years-old now. So you know, it's that kind of place.

What's the worst thing about working in a bar?

It's really, really hard not to drink too much.

What do you do on your days off?

I like to get dressed up and go out on the town with my wife and daughter. 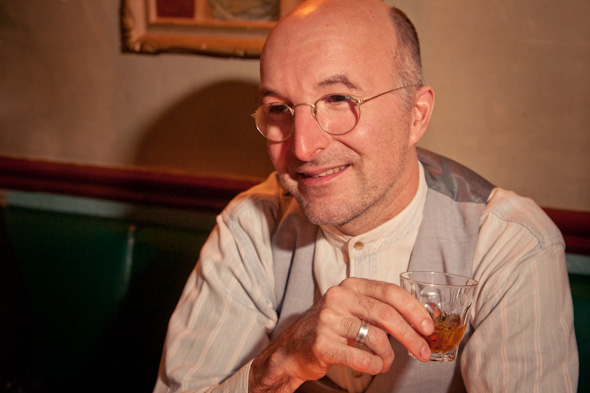 My favourite place in the city is La Palette on Queen Street. It's just the greatest food and great atmosphere and, Shamez (the owner) and I over the years have become great great friends. And I mean, it started from me being a regular in there. Now, you know, my band Rambunctious will play in there now and then and we'll go on at midnight, standing on the bar and he'll make sure the band is well lubricated with rounds of shots — he just really knows how to take care of you.

If I'm having a beer, I really like the cobblestone stout from Mill Street.

Have you ever had to kick someone out, and if so, how did you go about it?

I've had to ask people to leave many times; I've never been into a kind of dangerous situation. There was one time a guy pushed me over a table, but immediately everybody in the bar just, kind of took care of him and got him out of there.

I love the last call dance parties that happen in there. When someone plays a bunch of disco tracks on the jukebox and the place erupts at 2:30 in the morning. You know, people don't really think of the Communist's Daughter as a dance bar, but late night, when people start dancing, it's just the best. 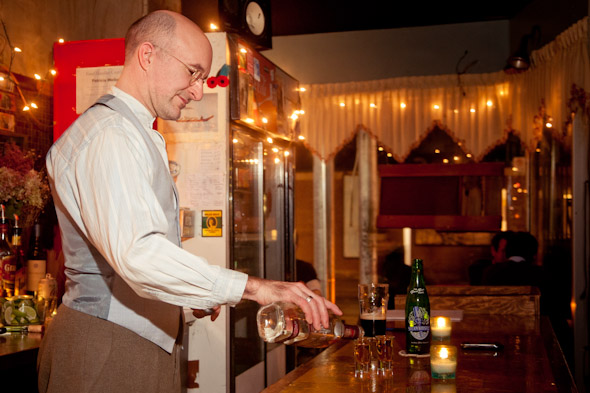 Straight Up or On the Rocks? A blessing of water

Light or Dark? Depends on the weather

With a twist or olives? Twist, done properly