Toronto through the lens of Brett Gundlock

This week I chatted with Brett Gundlock

How long have you been taking photos, and what inspired you pick up the camera in the first place?

When I was a kid me and my friends were heavy into BMX. Reading magazines like Ride and BMXPlus really motivated me to start photographing my friends flying off jumps we built in a farmers field. My mom was into photography when she was in University, so she had some cameras that I was able to use.

During high school, I was either going to be a professional BMX rider or work for one of the BMX magazines. Midway through journalism school my interests started to shift. I became less interested in documenting my friends and their new tricks and more interested in the world surrounding me. 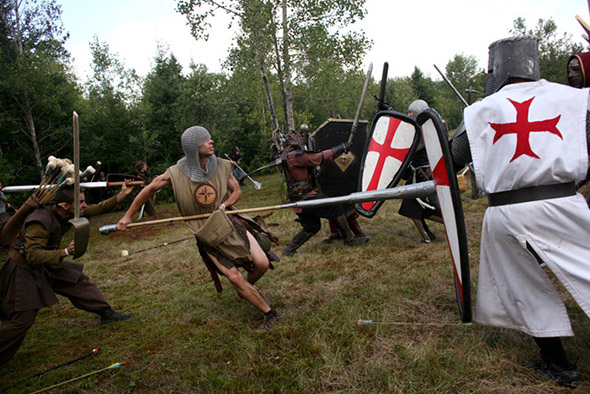 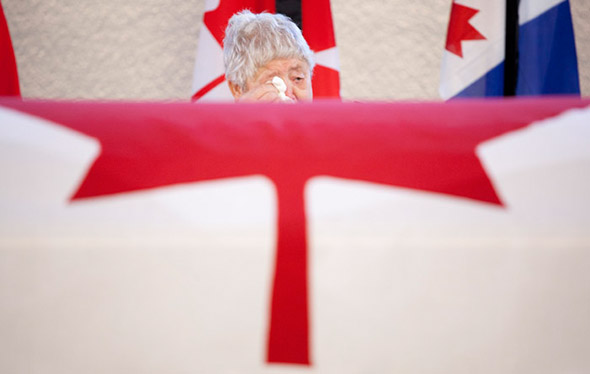 I know you recently worked on a series called "The Movement" where you photographed the Neo Nazi movement in Canada. What sparked the idea for the project, and how did you go about realising it?

I was working in Calgary when a newly formed group called the "Aryan Guard" held their first White Pride March (2007) through the downtown core of Calgary, and I covered it for the newspaper I was working at.

I was blown away that these admitted Nazi's still existed in our society, especially in Canada. At the time it was like some crazy movie. I had a million questions about them, so I decided to ask them. They allowed me to hang out and photograph them for almost three years.

At the end I was really interested in how these people and ideologies can continue to exist. I focused on the support that these groups build for eachother, the community and family. I feel that approaching the subject from that perspective answered the majority of my questions. 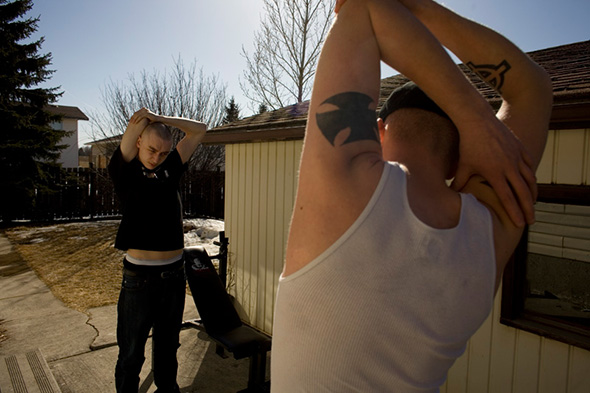 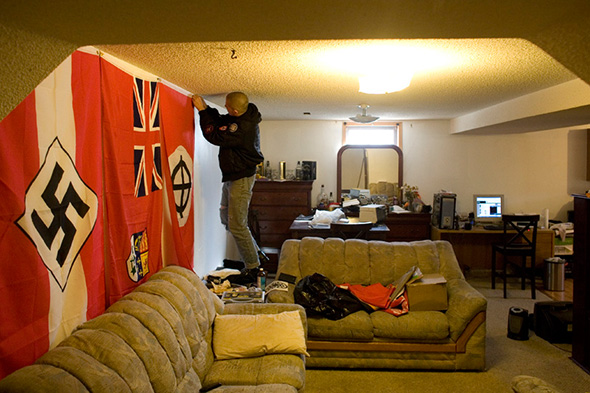 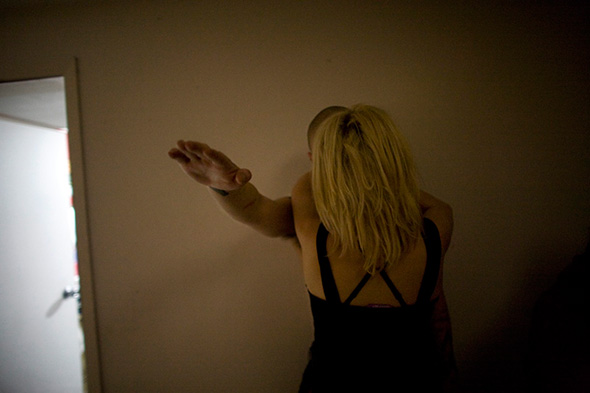 How do you balance your journalistic and artistic work, and how do you think they differ when trying to tell a story with your photos?

For the last five years I have made my living as a newspaper photographer, including working three years as a staff photographer at the National Post. I left the Post last summer to freelance on my own. I now shoot editorial, corporate and weddings to pay the bills.

I also work on my personal projects, which are self-initiated and self-funded. These projects are topics that I want to explore, and they result in my own personal narrative. This work is documentary based, but has a lot of conceptual aspects to it, so it is recognized as both journalism and art, which I think is great.

When I'm shooting for clients, I'm giving them something they want, with a varying degree of my personal influence in the images. When I am working on my projects, I'm shooting what I want and deciding on how the photo should interpret the situation.

Which do you prefer?

Assignments are fun and can be rewarding in their own way, but I would prefer to have a bottomless bank account and a wall to put my work. I'm currently working on both... ha. 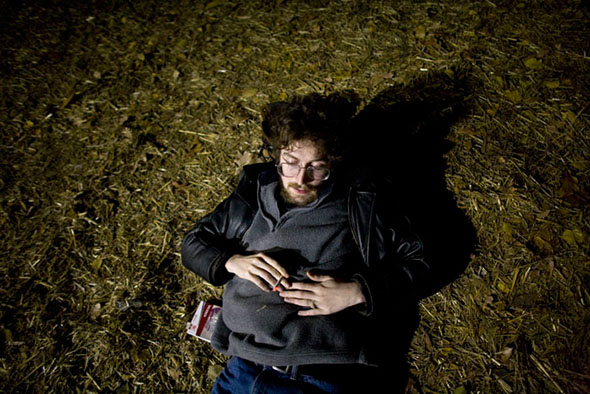 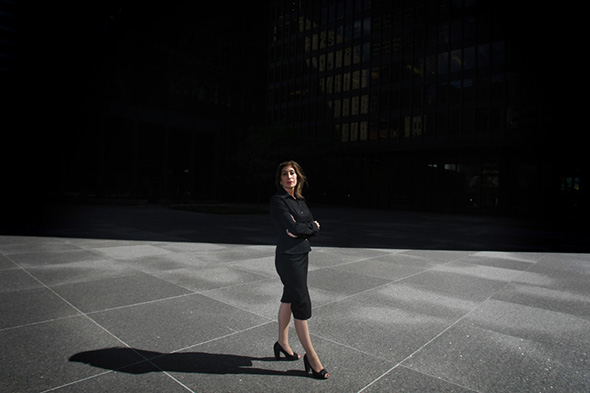 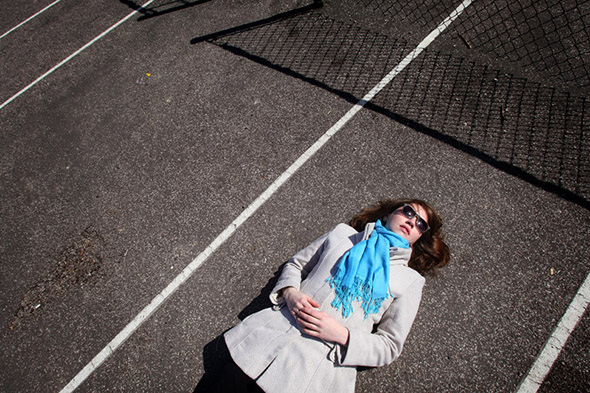 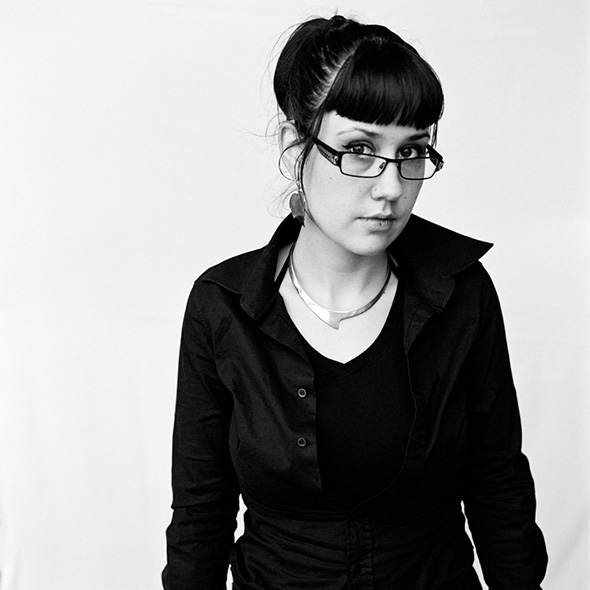 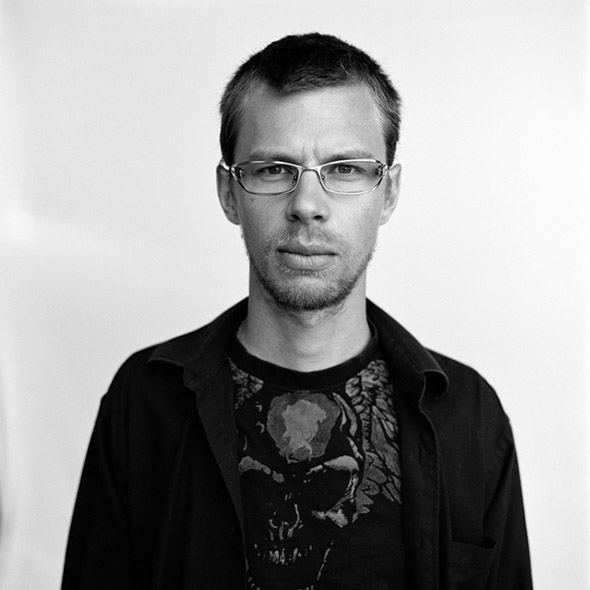 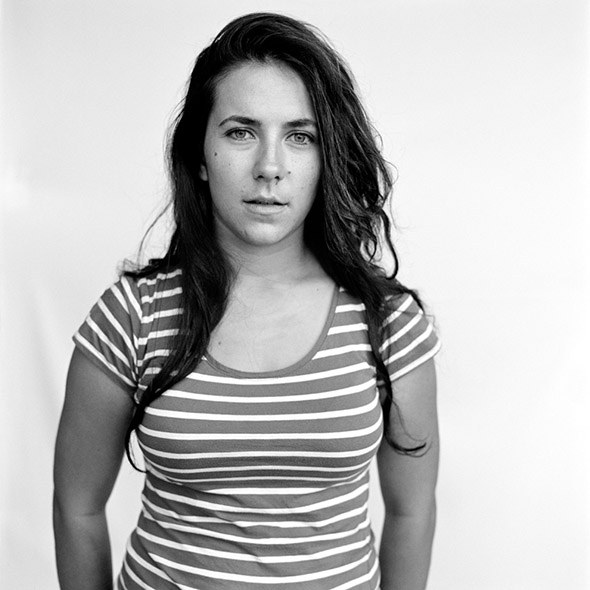 The final three photos above are part of a series Brett did called "Prisoners", the last of which is currently in an exhibit called "Likeness" and can be seen at the Harbourfront Centre.