Get to know a barista: Michael Cubero of Manic Coffee

Michael Cubero is one of the nicest guys you'll meet. The guy is patient, calm, considerate and unabashedly nice. He also cares about his trade and the people he serves on a daily basis. It's a great equation in making an adept barista, by any standards. It also doesn't hurt that he grew up in Costa Rica, surrounded by coffee. Grabbing a couple makeshift seats in the back room at Manic, surrounded by miscellaneous bins and whatnot, we chatted about Costa Rica, caring customers, Delaware Ave. and Motown. Obviously.

I've been a barista for almost three years. But my experience with coffee has been a lot longer than that. I was born in Costa Rica. So I've been surrounded by coffee ever since I was a kid. I started drinking coffee at five. It was just a little bit with a lot of condensed milk to make it sweet. Coffee has been more of a cultural thing than anything else for me.

I grew up in an area where coffee is big. I got to see where it comes from. Going with my grandfather to the refinery - that was basically my childhood. 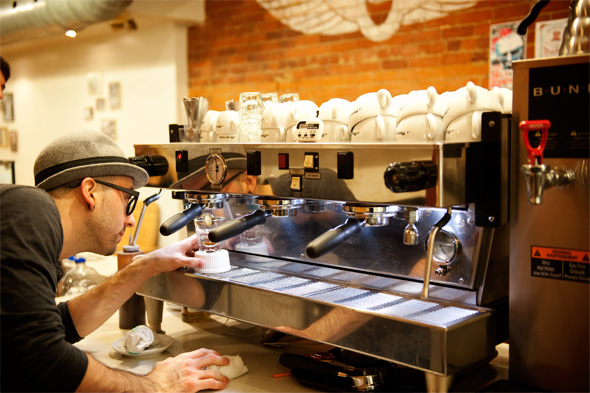 The one that is interested in what goes in a drink. What makes it taste really good. Not only that, but are also interested in what we do and who we are as people. A lot of my customers know me by name and I know them by name. There's that mutual relationship. Those are my favourite types of customers. They're caring.

As corny as it sounds, it's actually love. I'm just making sure it's a good shot. There are many different attributes. Like keeping the door open can change the shot completely. You're never going to pull the perfect shot. But you're always making sure that shot is going to taste good. I want to make something that I would drink. I want to make sure the customer enjoys that drink as much as I would.

Do you moonlight as a writer, actor, artist and/or adult film director?

I'm an animator. I do mostly freelance illustration work. Right now I have a personal project on the go. It's a stop-motion project so I thought it was going to take me a couple years, but it's going to take me a lot longer than I thought. That's what stop-motion is. Otherwise, a lot of graphics for web sites and little posters. It's very competitive, but it's what I love. And even though I don't make much doing it, I enjoy it.

Ah. Good question. I don't know how many people know this, but surfing. Surfing is one of my passions. Coming from Costa Rica, even though I haven't been in a while, when I visit I hardly see my family because I'm at the ocean. 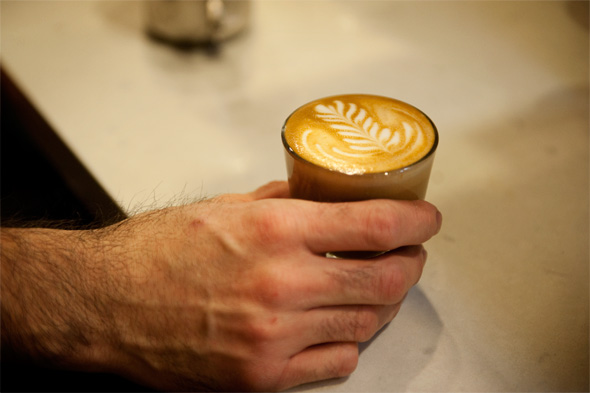 I would say Trinity Bellwoods. Mostly for a walk. Even walking down my street, Delaware Ave., in the middle of the night when I'm trying to process ideas. Looking at old houses and trying to make up stories of people who might live there. It gives me ideas to create characters and atmospheres for projects. There's a charm, a different kind of charm, on Delaware south of Bloor and north of Bloor. It's more grungy on the north and the south is more clean - I like a little of both.

I spin a lot of Motown. A lot of Marvin Gaye, Jackson 5, early Michael Jackson, too. The list goes on.

Everyone has their own way of doing things, obviously. When it comes to a customer for the first time, we're not rude about it; we just let them know how we do it. We ask them if it's okay with them. If they don't enjoy it, it's not a big deal for us to remake it. We just want to make sure the customer will be satisfied. Basically 95% of the time the customer is satisfied.

Black. Just a regular coffee, it would be black. 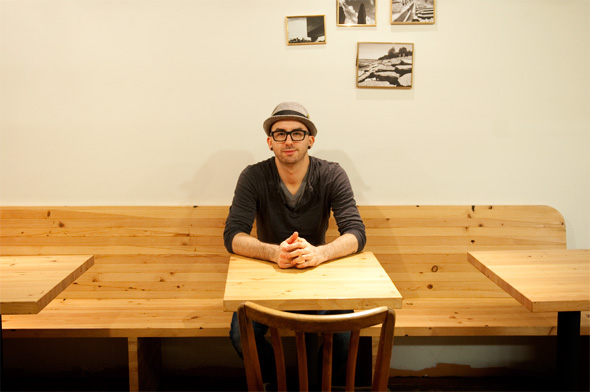 Paris or London? I haven't been to either. But Paris.

Bikes or streetcars? I'm a walker.