Get to know a barista: Damien Zielinski of Capital Espresso

Damien Zielinski is a pretty stand-up guy. He has a way of putting you at ease with a soft, slow nod. He nods when you walk in the door. He nods when he's listening. He nods when he agrees with something you say. And as co-owner of Capital Espresso, that friendly joint in Parkdale that opened just a year ago in the old Vice office (they were formerly at Blondie's), Damien damn well loves his espresso. The guy has been serving up spro (that's their slang name for espresso) for 13 years, nearly half his life. And albeit Damien is pretty extroverted and not all that secretive, we wanted to get to know him a little better. The following is the result.

Probably 13 years at this point if you include going back to working at Timothy's. I'd like to think I've paid my dues. I'm 29 now. So I started working in coffee shops when I was young. From those second wave shops, I got a background in service and working the counter. When I started working at Mercury Espresso Bar, I kinda got really turned on to coffee. I worked at a bunch of other third wave shops and then Blondie's and here at Capital. 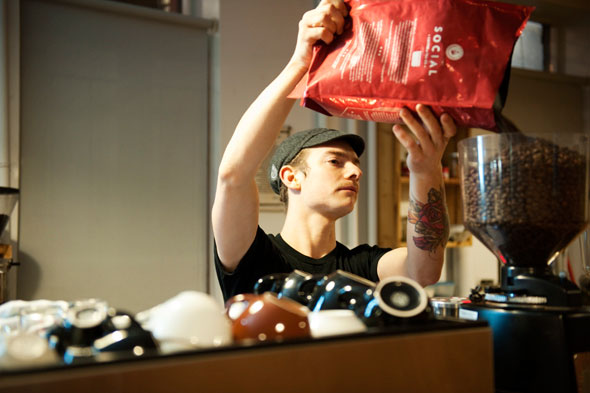 I guess it has sort of changed throughout the years. Right off the bat, people that are friendly and courteous. The more I'm getting into coffee and the more I'm getting into my own journey, I appreciate people who are enthusiastic about coffee. When people want to know where their coffee is coming from and they're interested in what they're tasting--that sort of has the feeling of rewarding my expertise. We can connect over that. That's been the most rewarding thing for me lately.

One of my favourite customers comes in early every morning. He doesn't know much about coffee, but he's just really open-minded. It seems that he started drinking espresso recently and it seems like his mind is just getting blown. Watching him be surprised by what he is tasting every morning is cool. 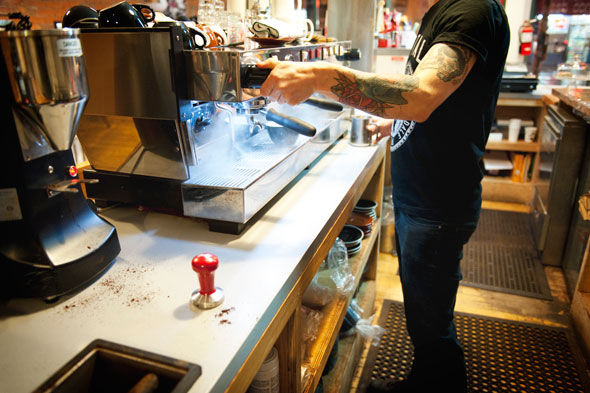 Good question. Personally, for me, I think more and more about extraction; about the physical, scientific coffee extraction. If water is affecting all areas of the espresso evenly and you're getting an even amount of time that each ground coffee particle is being extracted for and all those parameters, generally speaking, that's where I find the most quality coming from. Seeing the connection between the machine, the grinder and the beans to work together really well, when it results in that "wow" moment for the customer--it's gratifying and it's all worth it again.

When you're really into the craft, you're paying attention to all these details. It's almost like I nerd out about that stuff so other people don't have to. The sum of all those little intricate details that I pay fiendish attention to results in just one general impression. 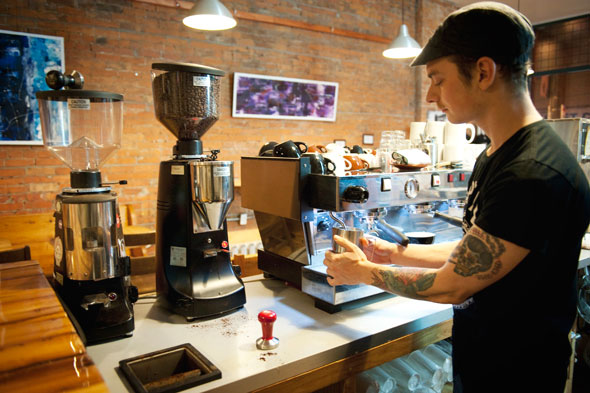 Do you moonlight as a writer, actor, artist and/or adult film actor?

I'm actually working hard on the fifth episode of a coffee show I'm working on. It takes up most of my time. It's called Sprojam. I'm applying for an Ontario Arts Council grant for the fifth episode, which is going to be in full high-definition. I'm writing, producing and directing. I'm getting more and more people collaborating. I got a guy who is writing a score with me. Some people have done cameos. I've had other people, almost as an homage to skate videos, have friend sequences. There's some heavy latte art in there, too.

People probably don't know that my first coffee job was at Timothy's on Roncesvalles. That's my dirty little secret. I was 15. 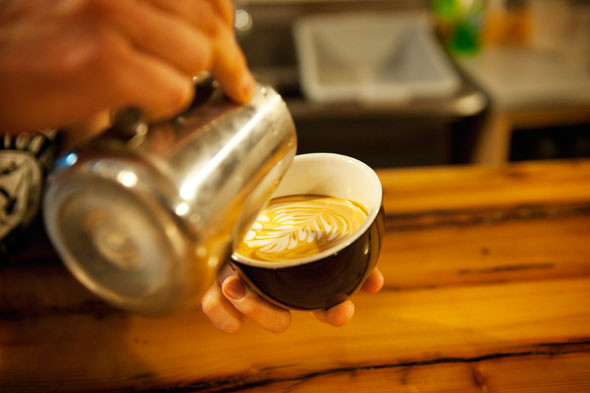 Probably the waterfront, generally. In the summer. Humber Bridge area. Peace and quiet because it's the closest place to go in the city that feels like you're far away from the city. I need that escape.

["Gangsta's Paradise" is spinning during this question] Straight-up garage music. Like '60s garage compilations. Back From the Grave, that's a good one. A lot of psychedelic stuff like The Seeds. That's a safe go-to. 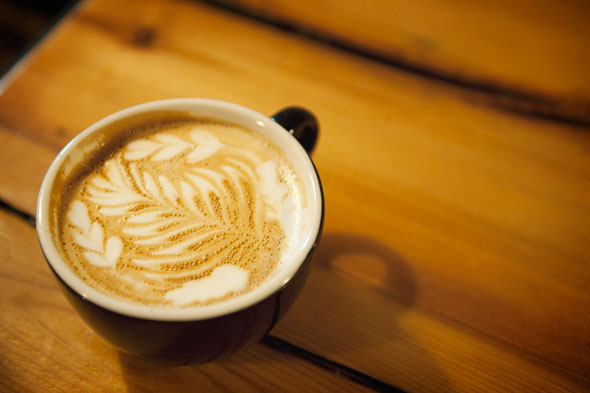 Honestly, I don't think there's any snobbery about it. People that don't know anything about coffee that are just nice is a good start. "Can I get an Americano, please?" That's nice. For me, it's not a Soup Nazi thing or an expected level of coffee familiarity. It's just general courtesy.

Crisp. Black. Once in a while I'll drink a latte. 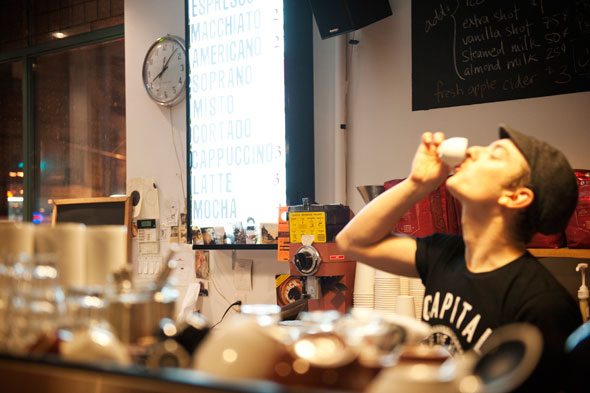 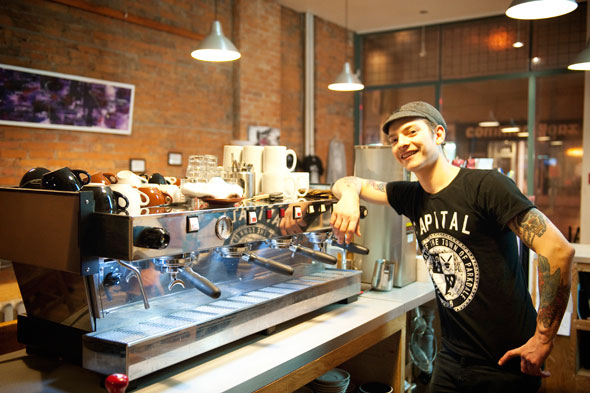