Toronto through the lens of Kevin Steele

This week I spoke with Kevin Steele, whose project, Portraits of Queen West, has fascinated me since I discovered it on Flickr four years ago. If you're curious about the way that this area — and the city itself — has changed over the last decade or so, Steele's documentary work will prove a treasure of information, much of which is visually stunning.

Much of your work is devoted to documenting Queen West. How long have you been shooting the street, and what attracted you to it in the first place?

Because it is here and it never stops changing. When digital made photos cheap I started taking lots of pics as creative exercise, a counterpoint to working in web and software design. I live on Queen and it's photogenic, so it was an obvious target, but it's always been my street in Toronto, since spending summers here with my dad as a kid. 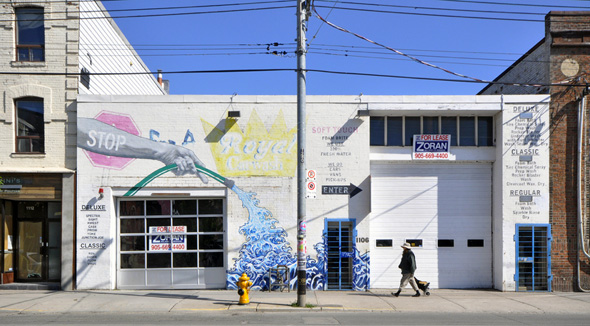 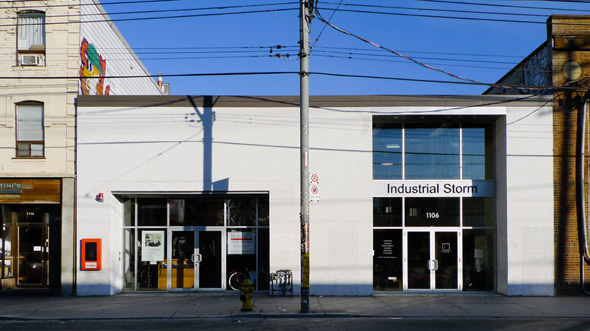 What do you think is the most noticeable change that you've documented over this period?

The slice of time I've been shooting confirms how constant change is on a street like Queen. 10 years ago the stretch between Dufferin and Shaw was mostly the long pause between Queen West and Parkdale. Today it's a desitination, with enough going on to spread up Ossington and onto Dundas. Of course, I picked a studio in the Queen West Triangle because it was quiet and secluded. D'oh!

As far as the most irksome change I've noticed from a photographic standpoint, a few years ago they switched the parking on Queen Street. There had been no parking on most of the north side in the morning, and the south side in the afternoon, which had the effect of creating identical carless lighting conditions on both sides most days. Since the switch the lighting during no parking times doesn't match and is more problematic overall.

[The demolition of 48 Abell]

The first example of your photography that I discovered was the city blocks series. I remember that at the time I compared it to Michael Awad's work, but it's actually quite different. Can you tell me a little bit about the process you use to create one of these montages?

Michael's work is great. People brought it to my attention after I started putting blocks together. His streets are more photo while mine are more graphic. Michael works with a slit-scan camera, essentially scanning the street horizontally. It's not all the same moment like a still photo, but it's all one exposure with a certain kind of photographic truth. The cars on Michael's streets are squished because they're closer to the moving camera, rendered almost cute. The blocks I make are collages, idealized projections. My blocks have no cars.

My process is pretty simple. I shoot with a very wide lens which lets me get the easiest coverage of a block in a few shots, and then I get shots lined up with signs, poles and storefronts that were on the edges of my base shots so I have enough details that are not too distorted. Then I adjust the perspectives and assemble the best parts in Photoshop.

Do you have a favourite building or section of the strip?

1042 was a favourite for as long as it was a frozen in time printing shop. It was one of the first Queen West storefronts I shot. It drew photographers like moths to a flame. Once it finally changed — it's been boarded up for a few years now — it was clear the gentrification was accelerating. [Check out the slideshow below to see this process].

What's one thing you can't leave home without when heading out to shoot (it doesn't have to be camera gear)?

Nothing but a pocket camera. If I'm shooting blocks I take a DSLR. I haven't had a cell phone since 2001 but one of these years I'll get a phone with a decent camera and then I'll just carry that most of the time. 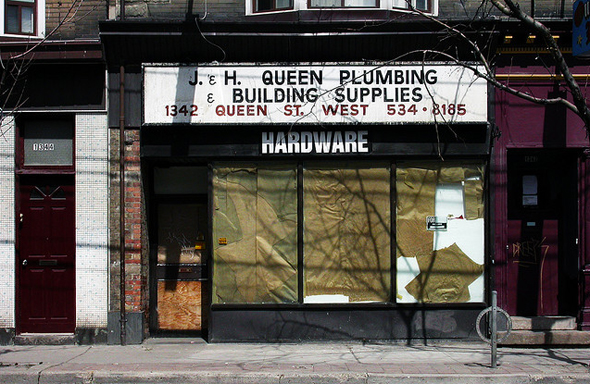 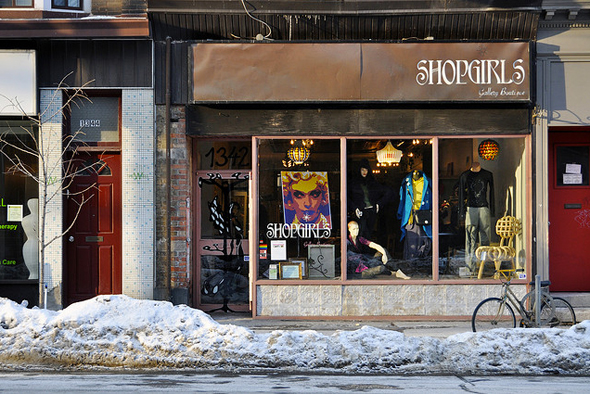 Where do you see Portraits of Queen West going in the future?

I've been sketching book ideas for five years now, presumably to be self-published on a small scale or on-demand. I still have a lot of tagging of my back catalogue to do, and when that's done I'll know what I actually have. I want to finish off more city blocks, print them out big and show them somewhere. I think the prints I've made that are three or four feet wide are fun to look at.

Some future version of Google Street View or something similar will be gorgeous in HD and have a time axis, rendering me obsolete. I will be released. 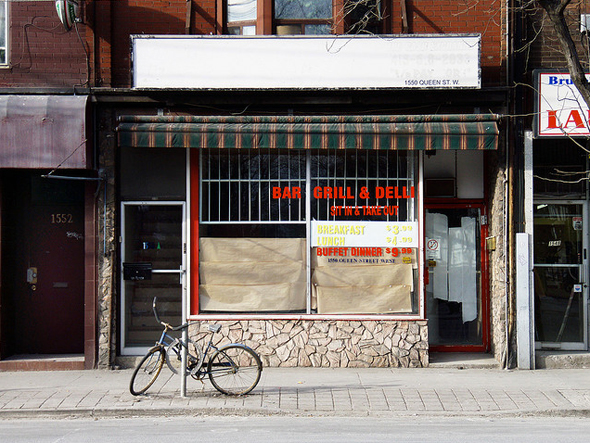 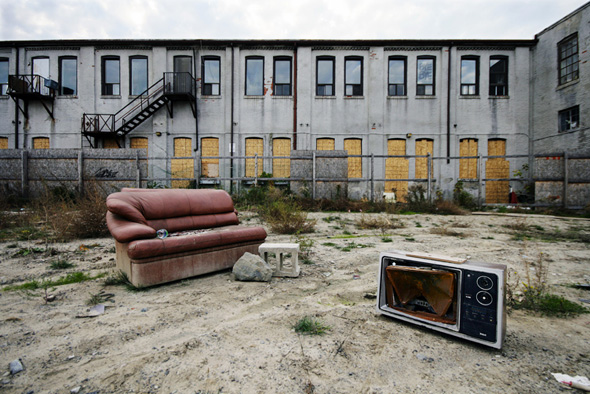 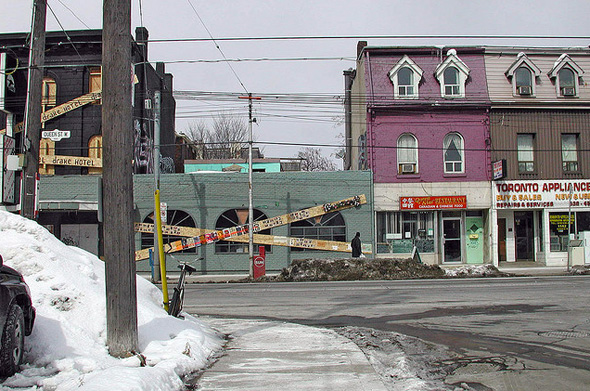 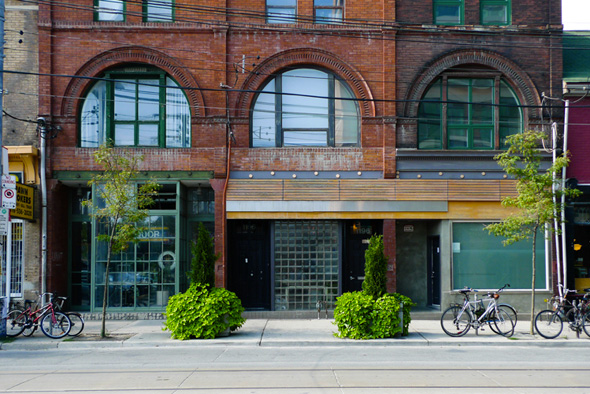 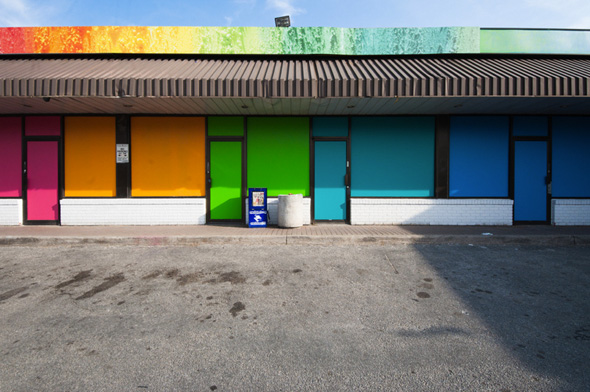 You can see more of Kevin Steele's work on his Tumblr, Flickr, and website. He's also featured in the latest issue of Spacing Magazine.