Toronto through the lens of Chris Shepherd

This week I chatted with Chris Shepherd.

What inspired you to start taking photographs?

When I was about eight my dad gave me a Kodak Brownie to take on a school field trip to the African Lion Safari. I think one of the 12 shots turned out. I captured a monkey as it removed some part of the school bus. It was way out of focus and terribly overexposed so it was pretty hard to tell. I've dabbled in photography all my life but didn't get serious until I started living in Toronto.

What is it about Toronto underground/subway stations that you like to photograph?

I love the TTC. It sounds really fake, but I really do love it. I grew up in Burlington where catching a bus was like getting hit by lightning. In Toronto I instantly understood east, west, north and south and how the grid structure of the routes worked. I found it weirdly poetic. Then I discovered the quiet lulls between subway trains and that I'm a waiter.

I enjoy waiting, and in a way I've been waiting all my life. It's very Zen; well it might be very Zen... if my understanding of it is accurate. I'll often wait several trains just to be alone on the platform. The place changes when you remove all the people. In a selfish way at those times I have it all to myself and my thoughts. I love the timeless nature of classic functional design, and the tiles are so beautiful. I can go on and on about the subway â it's definitely one of my favourite places. 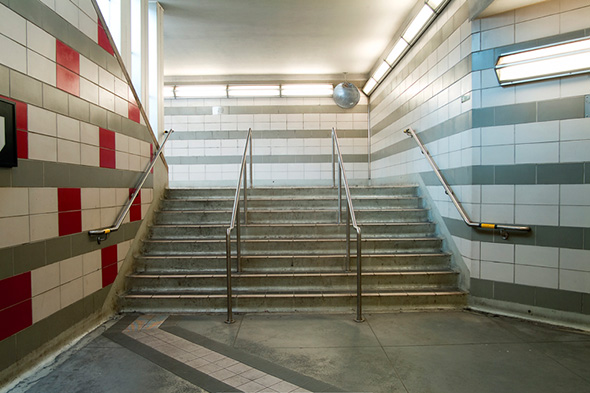 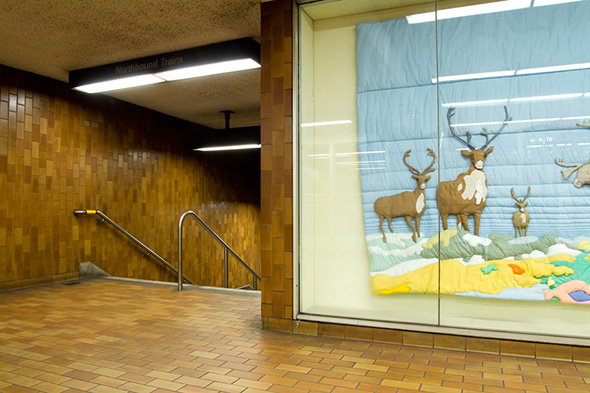 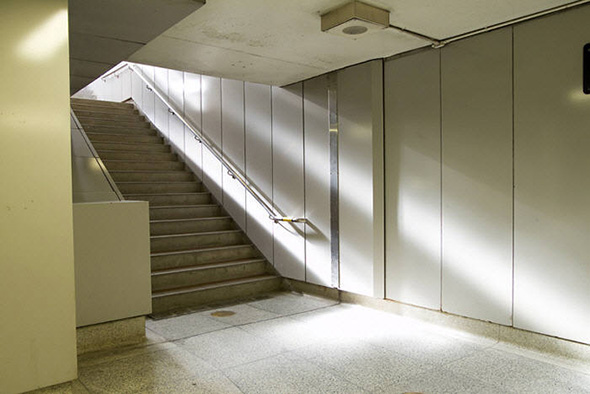 I hear you have an exhibition coming up in November. Can you tell me a bit about it, and what inspired the show?

The show is called Learning. The inspiration came from shooting an empty Catholic school on Markham Street near Bloor. I originally shot the place through the windows. I then gained access through the TDCSB permit office about four years ago. Since that time I've shot a lot of school exteriors but I had this desire to shoot gymnasiums.

What it became was an essay on my development in the art world. I've started to look at the images as a series of metaphors for future art stuff I might do. The thing is that although I'm predominantly a photographer I've discovered this cool love of weird performance art. I also have a desire to work with sound, to try painting again and maybe even to write. Ultimately I think I'll become a jack of all art trades. That's my dream.

I'd like to retire from my day job and become a full time artist. The title of the show is really about that. I've been discovering that I want to do art and that's all I want to do. It's slightly romantic sounding, but it's actually doable. It's just sort of weird that I waited until I was 47 to "learn" this. On the surface though Learning is a series of images of Toronto public schools. I've shot gymnasiums, cafeterias, hallways, pools, stairways and other stuff that I hope will be familiar even if you didn't go to the particular school they were shot in. 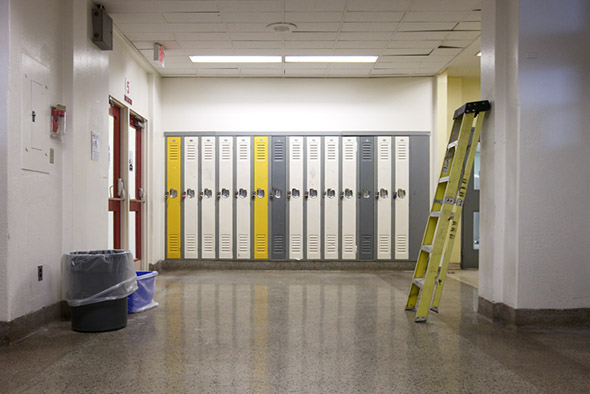 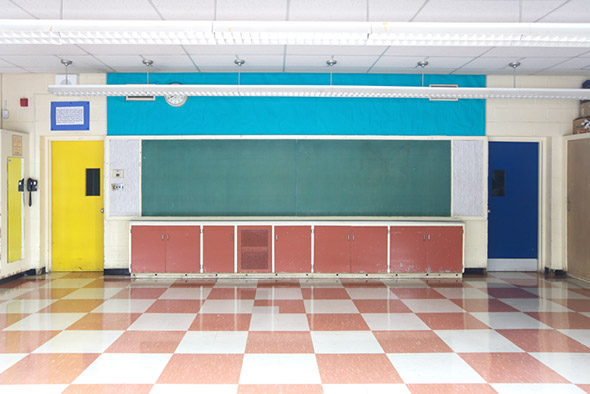 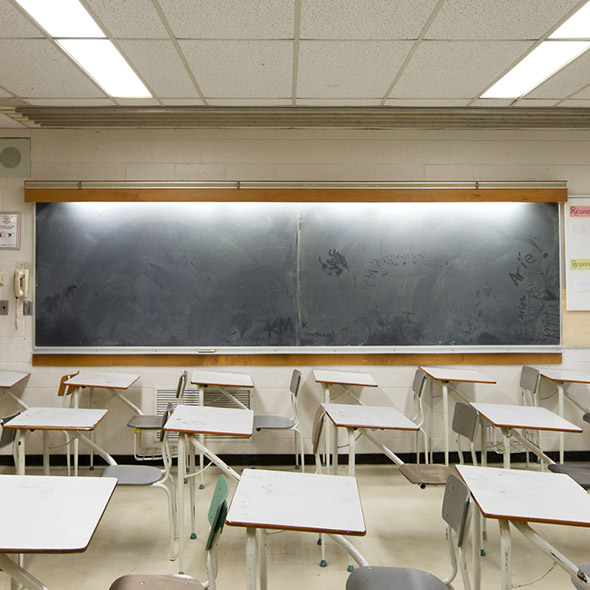 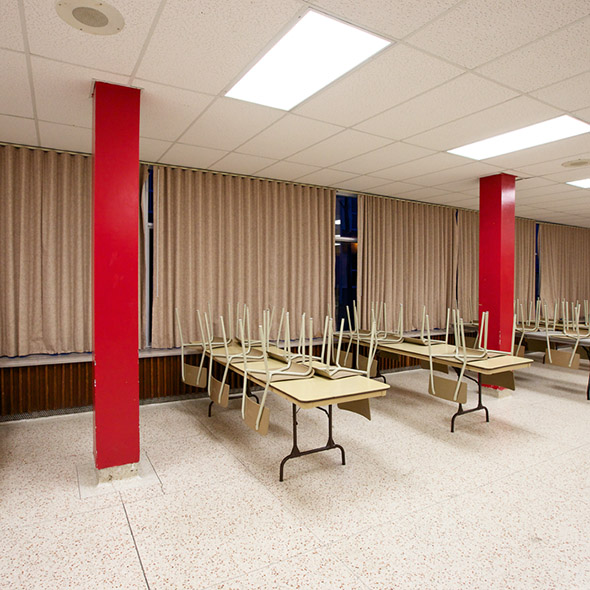 What is one thing you can't leave home when going out to shoot?

Comfortable shoes, my iPod and cash for an espresso. My 17-35 mm lens would be the camera thing I never leave home without. It's pretty much the only lens I use. I bought a couple of others but I'm thinking of trading them in.

Besides underground/subway spaces, what are you favorite places to shoot in Toronto?

I constantly revisit the same places over and over again. In general though I really like vacant store fronts, public schools, hospitals, service stations, and any other place that's relatively pedestrian and devoid of people. If you don't notice it, I'll probably be fascinated by it. I think my next big crush will be on informal pathways â places where you can tell many people have trampled the ground and left their mark. 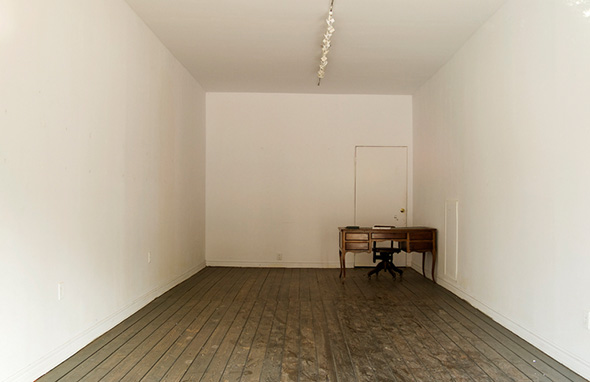 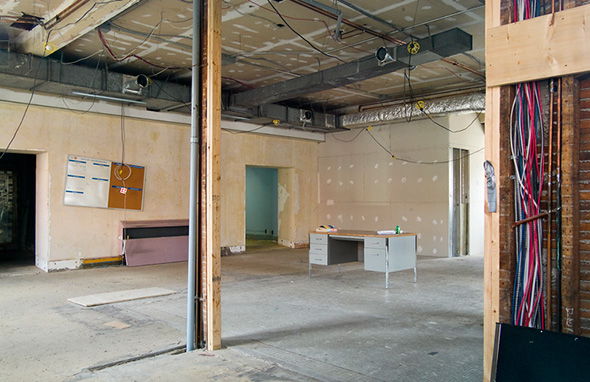 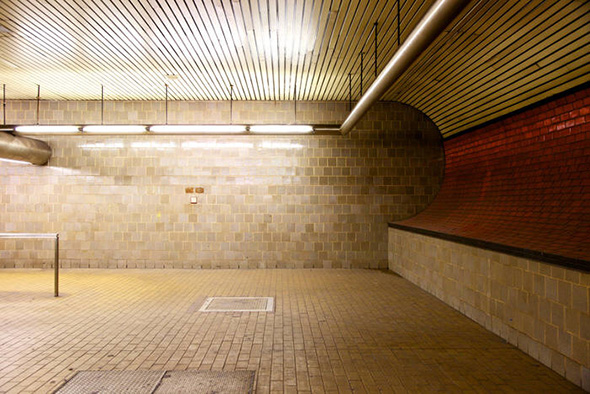 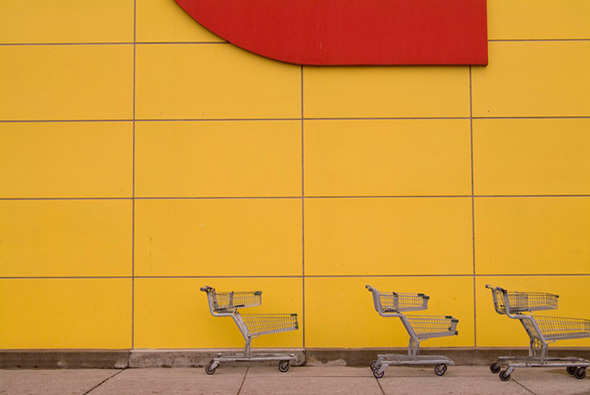 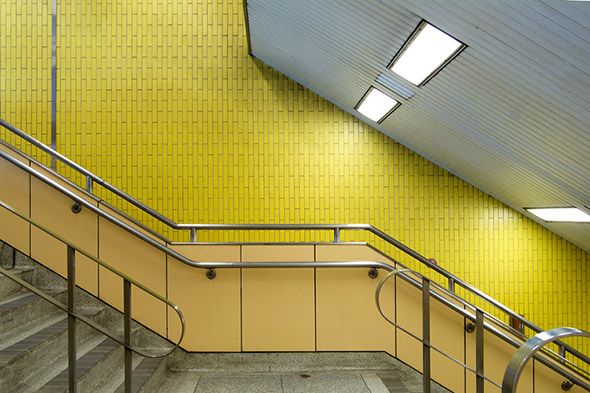