Toronto through the eyes of Councillor Ana Bailao

In October 2010, Ana Bailão won the race to replace Adam Giambrone in Ward 18, beating his former executive assistant, Kevin Beaulieu, by nearly 10 points. She is one of seven new women to join City Council.

Bailão was born in Portugal but grew up as a teen in Ward 18. She attended West Toronto Collegiate and then the University of Toronto to study sociology and European studies.

Between 1998 and 2003 she worked for Toronto city councillor Mario Silva, also of Portuguese background and now a federal MP for the riding of Davenport, giving her valuable experience with City Hall. Bailão ran for City Council for the first time in 2003 against Giambrone but lost by more than 10 per cent.

Despite the efforts during the campaign of local documentary filmmaker Scott Dobson to highlight Bailão's reliance on developers for campaign contributions, a strong desire for change helped her take the Ward 18 seat from Giambrone's former executive assistant. Soon after being elected, Bailão reversed Giambrone's hated parking ban along much of Dundas Street.

In the sixth installment of our interviews with Toronto's new city councillors, I sat down for a chat with Bailão at her office last week. Here's what we talked about:

I try, but not always successfully, to work out a little bit before starting my day at the Y near my house. I try to be here early, between 8:30 and 9:00 after I have my work out. Then there's a series of meetings, a lot of times there are meetings with constituents during the day, though I try to do that towards the end of the day.

Most evenings there are community meetings, consultations, and so it's a long day, and it usually finishes at 8 or 9 o'clock--unless we have a special council meeting, and then it finishes at 1 a.m. [laughs].

What's your impression of the Rob Ford administration over the first hundred days?

They want to get things done and they're moving very fast. We've had a lot of hot issues over the last hundred days. What we all need to keep in mind, and the Ford administration as well, is that it's very important we all work on the issues. Sometimes there are going to be people who can support a certain vision and other times we're going to disagree...

[However], the budget process was fast. It put some pressure on us for sure. But the end result is to have the 2012 budget coming sooner. I don't think it makes sense to be discussing a budget for 2012 and approving it in April. So at some point we have to have something like this happening, and Ford chose this year. There was pressure but it was handled and I think it went okay. 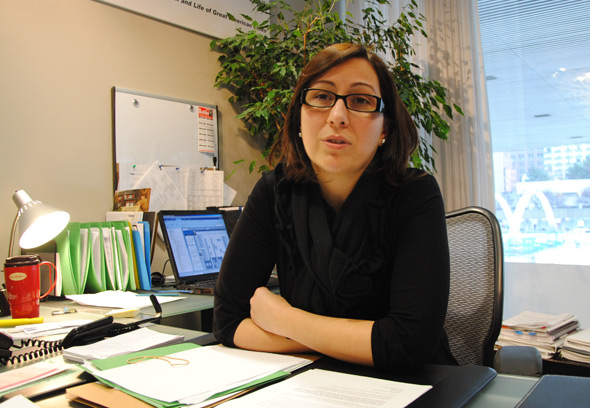 Who should be held accountable for the spending issues at the Toronto Community Housing Corporation?

You know what? There's no question there were a lot of problems. I haven't had an opportunity to look at the auditor's report, so there's only so much I can say. In relation to all the problems--from what I've read in the media--something needs to be done. I'm all in support of a full investigation, giving back public confidence in the TCHC, but I think it's very important that we keep the tenants in mind.

I think we need to send [tenants] an important message when this vote went through: that this is not about privatization. For that reason, it was important they be at the table. And yes, let's get a new board. I think everyone was fine with getting a new board--the administration is saying they can get it in June so let's get it in June--but I think it was important to have the tenants voice at the table over the next few months.

Scott Dobson has been very critical of your campaign contributions, citing the large number of the developers that have donated to your campaign. How do you explain this to your constituents?

My community elected me and all kinds of people have given me donations. And you know, developers are entitled to give donations as well. Dobson went back to look at my records from 2003 but everything was done legally. I have four years to prove that what I'm doing is right for the community...

Don Cherry's speech to introduce Rob Ford gave the impression that council is bitterly divided. Is that true from your experience?

I worked here before [becoming a councillor] for five years and I see a big difference. There're definitely people who vote more on a party line than on the issue. I feel that when I was here, from 1998 to 2003, people worked on issues a lot more.

When I'm at council now I see a lot of "When you were there you did this, so therefore I'm going to do this now." And to be honest with you, there're quite a few of us in the middle and among the new councillors, who are getting really tired of the old administration versus the new one. You know what? It's not about the administration. Let's talk about the issues and how we can come to a consensus. That's what City Hall is about. It's about 44 councillors coming to the middle and finding something that will be good for the city.

Would term limits fix any of these problems?

It's possible. I'd support them.

Is there an informal club of new councillors? Do you share a sense of solidarity?

There's definitely some solidarity. We share a lot of the same feelings towards the partisanship. And obviously we started at the same time and we go through the same pressures. 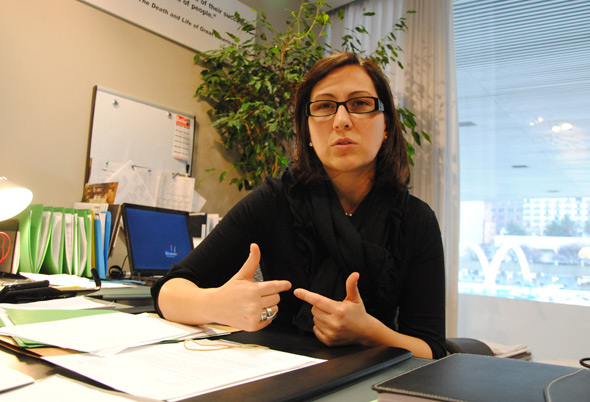 What needs to be done to address our city's transit problems?

First of all I'd like to see the new LRTs come to Queen Street because we're desperately in need of them. As you know, the Queen streetcar line is the second most used in Toronto, so we definitely need to make sure we get the new streetcars that have a much higher capacity. Obviously I'd like to see a downtown relief line. And I think we will have to work with GO and Metrolinx on how we can better use the Georgetown corridor for internal transportation, especially now that the lines are going to be extended north to York University, which will put more pressure on the downtown core...

In terms of a city-wide vision, we need to do a combination of things. I'm excited about the extension of the subway to York University and about the possibility of more subways. But I think there's the issue of how much we can afford. I think we really need to bring communities, such as the Scarborough and the North York communities, to the downtown fast, and we need to determine what the best deal is.

There are certain projects that really need to go ahead, such as the Eglinton LRT. The residents there were promised the subway, then the tunnel was filled in, and now the LRT, and again there's the possibility of not having it. We really need it in that area...

You voted to repeal the Vehicle Registration Tax. With the upcoming $700 million gap in the 2012 budget, was it a good idea to lose this source of revenue?

[The Vehicle Registration Tax] was something that didn't work. I heard councillors like Shelly Carroll and Paula Fletcher, who had voted and supported the tax, say this tax clearly didn't work and didn't have the end goal we wanted.

How should we make up for the lost revenues?

I think there's going to have to be continuous work with our provincial and federal partners on quite a few issues, transit being one of them and affordable housing being another one. We have our subsidies coming to an end in 2011. We have a federal government that has already committed their share and now we need to make sure the province comes to the table, so we can continue to build the 1000 affordable homes we've been doing every year.

What's your position on the Land Transfer Tax?

Taking into consideration that we have a $774 million deficit, I can't see how we'd be able to get rid of the Land Transfer Tax. But if somebody shows me how [I'd like to do it].

How has your time as an executive assistant at City Hall helped you do your job today?

As a member for the Planning and Growth Management Committee, what sort of initiatives would you like to introduce?

I would like to see us move more towards technology. We need to make sure [developers' plans] are available to the public through technology, so people can know what's going on in their community.

Another issue, which is not an easy one, is the bars. We had a big issue on Queen Street. This happened ten years ago on College, it happened on Ossignton, and it's going to happen in some other part of the city. I think it's because the planning sometimes is a bit reactive and we need to be a bit more proactive in the city of Toronto. It's about keeping that balance between allowing business to flourish and not having a bar every door, not having a club district appear on residential streets, but having different shops so the neighbourhood is busy and doing well in the day and in the night...

What's our greatest shortcoming as a city?

We need to be bolder. We are the largest city in Canada and we need to challenge the private sector to be more bold and to do different things.