Toronto Through the Eyes of Paul Nguyen

Politicians both inspire and cheese off Paul Nguyen. He likes government buildings because "that's where change can happen," but City Hall politicians "gotta come on down" and visit his Jane and Finch neighborhood before they try to better things.

Born in Toronto after his parents fled Vietnam as part of the wave of boat people leaving the country in the 1970s and 1980s, 29-year-old Nguyen's love for his city is firmly rooted at Jane and Finch. His fascination with the history and culture of the Jane-Finch area, and his beef with nothing but negative press about the place, drove him to create jane-finch.com, a neighborhood website that features local news, homegrown music videos and live coverage of local events.

All I remember about living downtown was going to the CNE every summer. When I was five or six we moved to Jane and Finch and I've been here ever since.

What's your favourite place to eat?

There's a strip mall on Highway 7 called First Markham Place. They have a really good food court. It's mostly Asian, they have really good variety and the prices are really low.

If you could tell City Hall to do one thing right now, what would it be?

They have to pay more attention to the so-called "priority neighborhoods," not just label the area, they have to come here, visit.

What neighborhoods are you talking about?

I like hanging out in the Markham area because they have a lot of Bubble Tea joints and you can just sit and chill and relax. When I was younger I used to hang out at those computer cafes and just play video games with my friends all night.

Usually I hang out at Pacific Mall in Markham. There's a lot of cool things to do there, there's lot of cool gadgets to buy. It's always busy and full and it's open later than usual.

Where do you go to find nature?

In Jane and Finch, there's the creek. A lot of kids go there, they either go cray-fishing or just hang out, or jog and chill out. Some kids go there to smoke a joint. I don't do that. 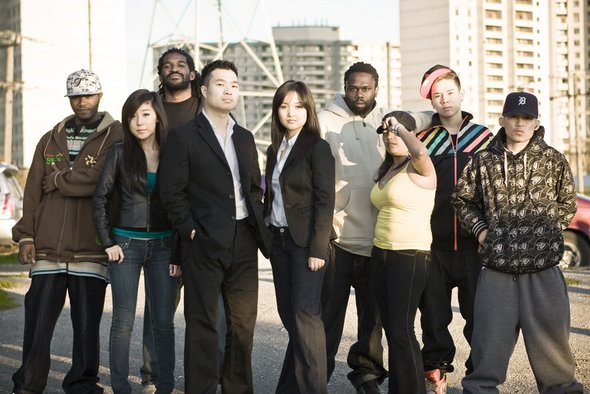 If you were describing Toronto to someone who's never been here what would you say?

It's what the future will look like. We're the best example of multiculturalism where everybody's from a different background, where we're all getting along and everything's worked out pretty good so far.

What's the one place people should know about?

Torontonians should be aware that Jane and Finch is a part of Toronto. They should come and visit. I mean, you just go to the strip mall and there's like so many different cultures at that mall - a pho place, a Jamaican place, an Indian place - all in one little strip mall.

Where do you for inspiration?

City Hall and other government buildings - it's where things happen, where change can happen, where people make decisions. It makes me want to get some ideas from the politicians who work there and hopefully I can create some change in Jane and Finch, back at home.