Another slate of intrepid entrepreneurs are opening new businesses in the coming weeks. One of these, Sam James, hoped to launch his eponymous cafe today but told me it's now looking more like next weekend. James, it turns out, has serious cafe cred - having honed his craft at Manic, Hank's and Dark Horse on Spadina. He plans to bring things back to basics at this Harbord/Clinton spot formerly home to the Once Upon a Time book store. 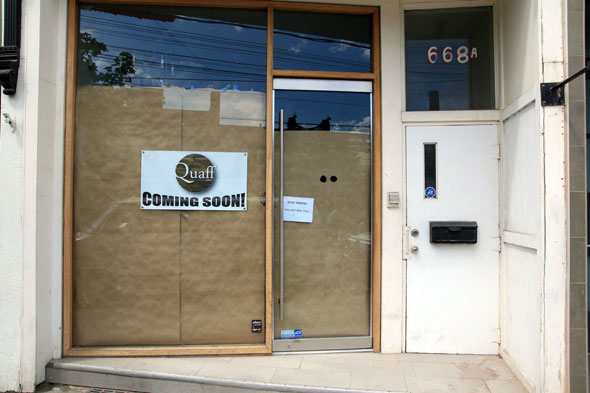 On Queen West, right next to Green Shag, Quaff Cafe has announced its impending arrival with a sign in the window. I wasn't able to track down more details for what's planned here but on a stretch of pavement without an indie cafe between Niche and White Squirrel I suppose they figured there was room for one more option. 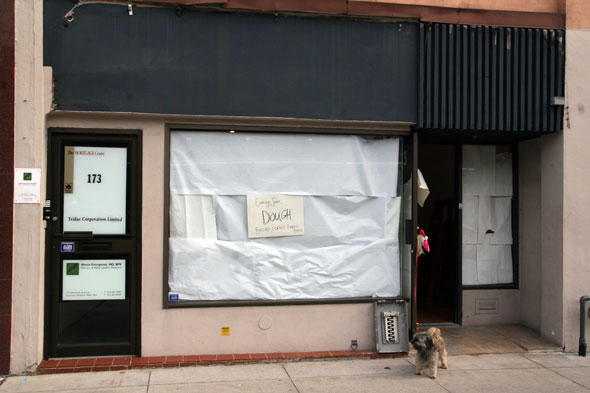 Moving east to the Danforth, a new bakery called Dough will be offering something beyond the usual Greek sweets and pastries. With the exception of the nearby Big Carrot expect this to be the new go-to destination for "bread, coffee and baked goods". Cute dog not included. 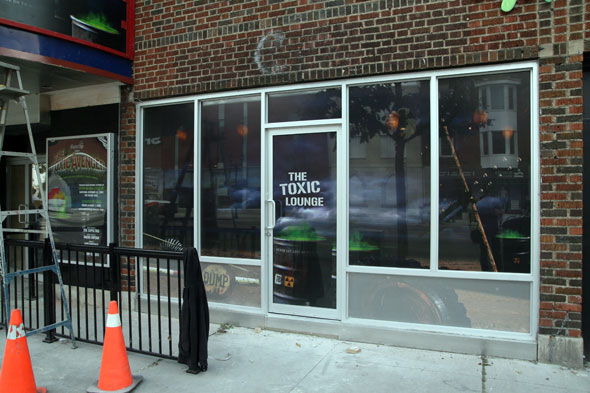 Just down the street, Isabella's Chocolate Cafe inside the Music Hall has closed and is being replaced (at least temporarily) by something called the Toxic Lounge, a tie to Dancap's The Toxic Avenger which opens here on October 20th. 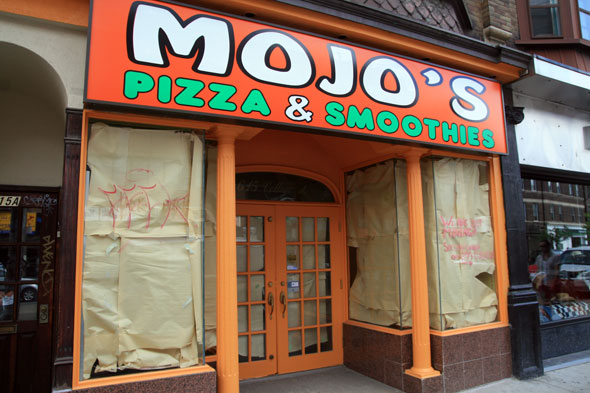 In Little Italy, a new option for late night eats is opening in the former home of Burro Burrito. Yes, the impending arrival of Mojo's means more pizza is coming to College St. But, hey, at least it's not another falafel place. Bonus: slices here can be washed down with some healthy smoothies. 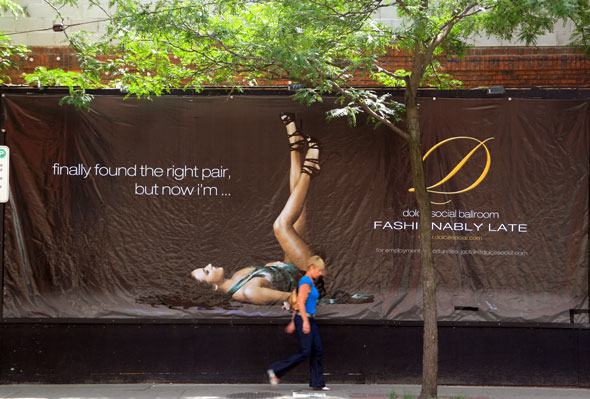 At King and Bathurst, the long delayed Dolce Social Ballroom has been hidden behind construction boards forever. But now with the strike over, the owner of the 6,000 square foot space (including supposedly a massive rooftop patio) is just waiting on some building inspectors to help seal the deal. This and more updates on the 28+ club's Facebook Page. 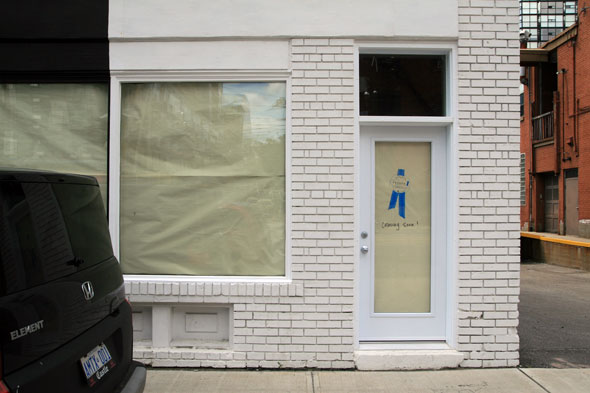 And just around the corner, on Bathurst south of King, local t-shirt company Shared is getting some new digs. Located right across from the under construction Thompson Hotel, the soon to be open store seems to be staking out space on a part of Bathurst that just might be Toronto's next retail frontier.