Musicians looking for a studio space to practice without fear of disturbing the neighbours can now rent time at an iconic home in Toronto's east end.

One of the units in Toronto's iconic cube house is now available as a studio and the prices are reasonable.

Built in 1996 at 1 Sumach Street, on an awkward patch of land between Eastern, Sumach, and the Adelaide DVP ramp, the cube house was inspired by the works of Dutch architect Piet Blom. It is known as one of Toronto's weirdest homes.

A condominium and affordable housing development is proposed for the property at 1 Sumach. But these things take time and the home, actually a cluster of three cubes each self-contained apartments, still could be saved as the building can be moved. 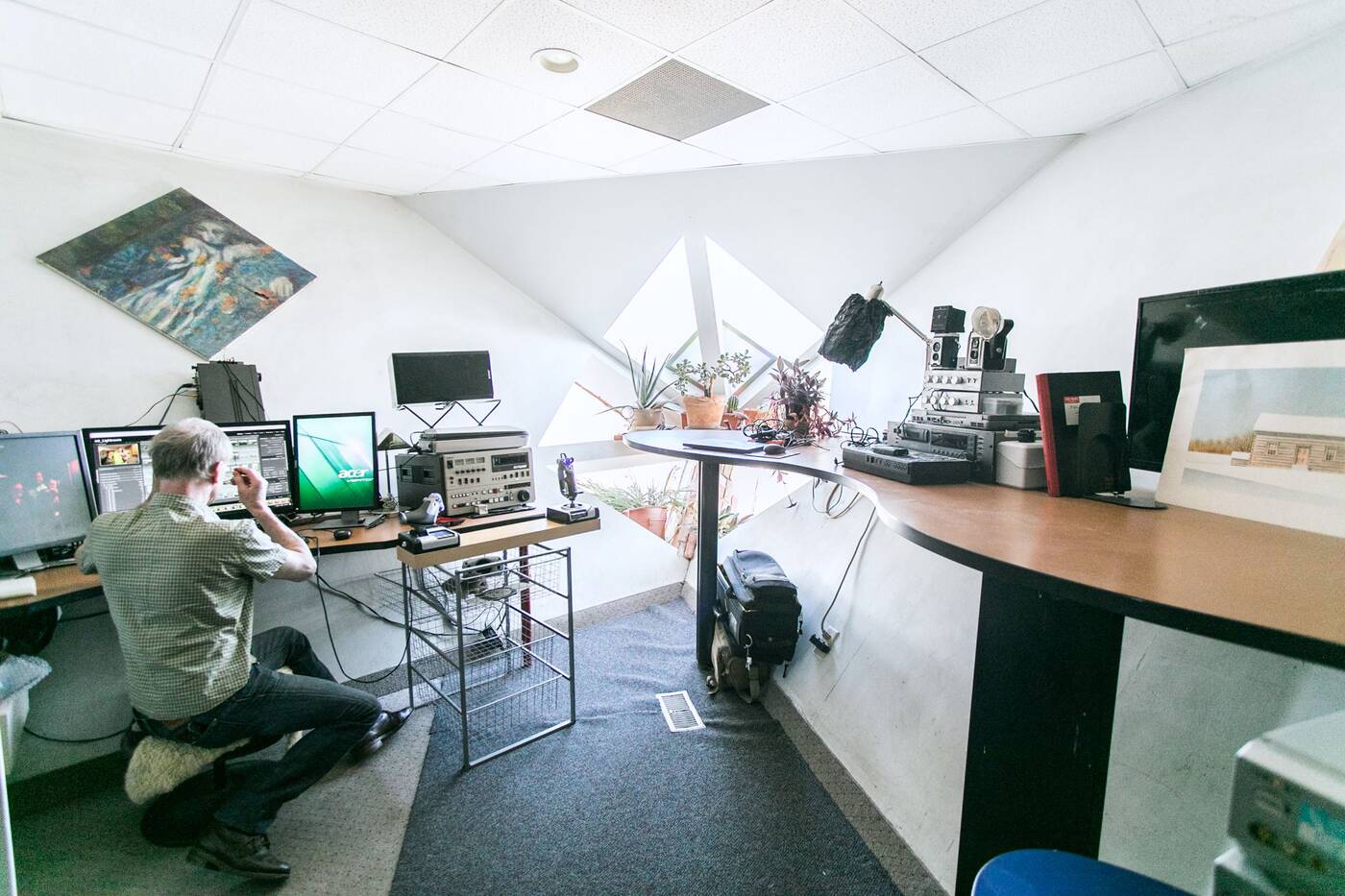 Martin Trainer lives in one of the cube house units. Fareen Karim photo

Martin Trainor, a CBC news producer and photographer, has lived in the cube home for around two decades and hoped it could be saved.

"Living in the cubes, you get a sense for how special they are. The negative space is enormous, but they're also more practical than you'd think," he told blogTO in 2017. 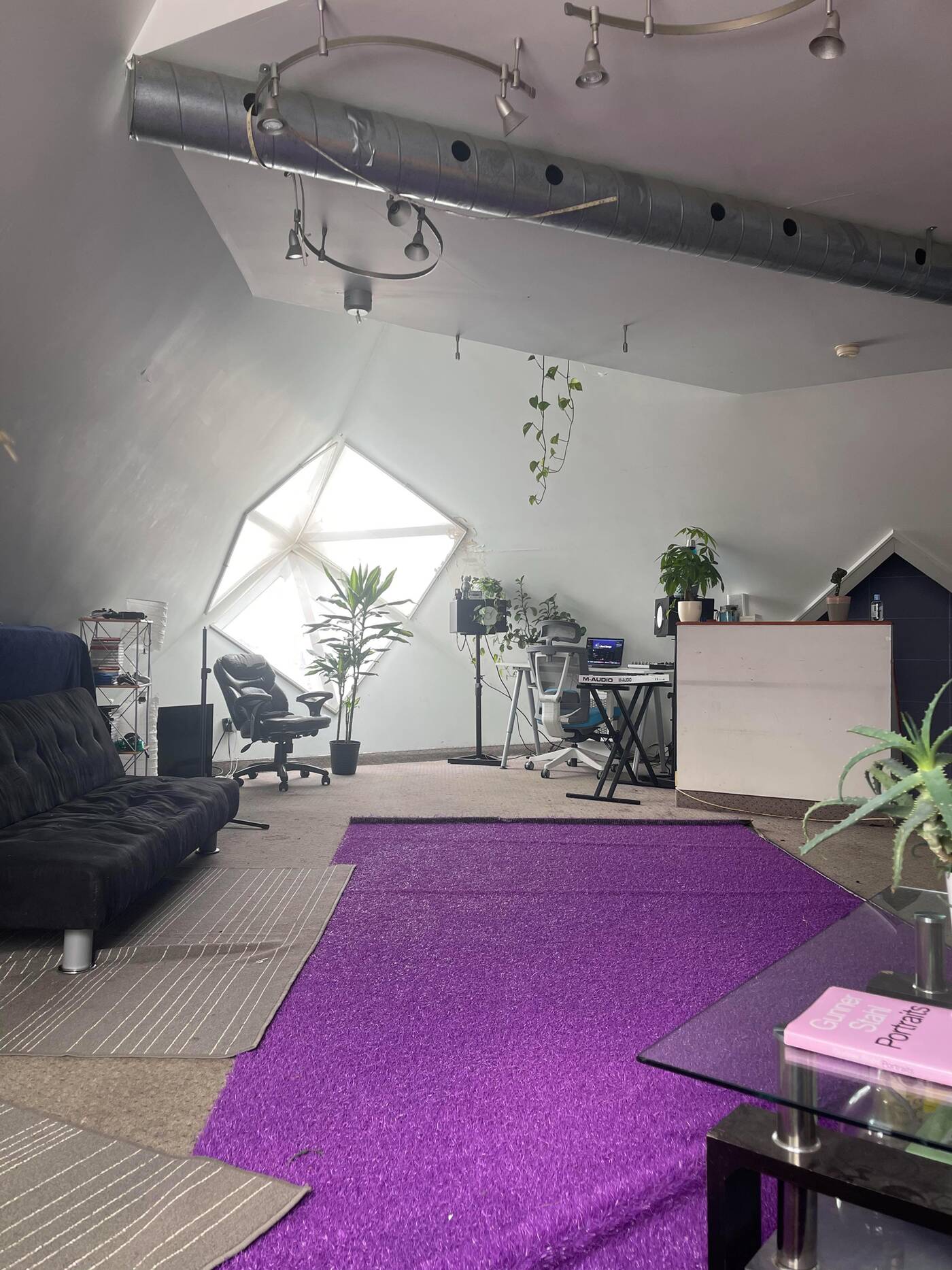 Musicians can rent one of the cube apartments to practice.   Chad Cohall photo

Now more people can experience this home. While Trainor's cube has been an apartment, the other two have been used as music studios off and on for the last few years, Chad Cohall tells blogTO.

Cohall rents one cube from the property owner, and in October, he was living in it as an apartment but has since changed it to studio space.

His space is now Cube House Studios and available as a shared space for 12 studio hours per week (48 hours a month) at $600 a month. Artists schedule the space for sessions suitable to their availability. There are options for shorter rentals too. 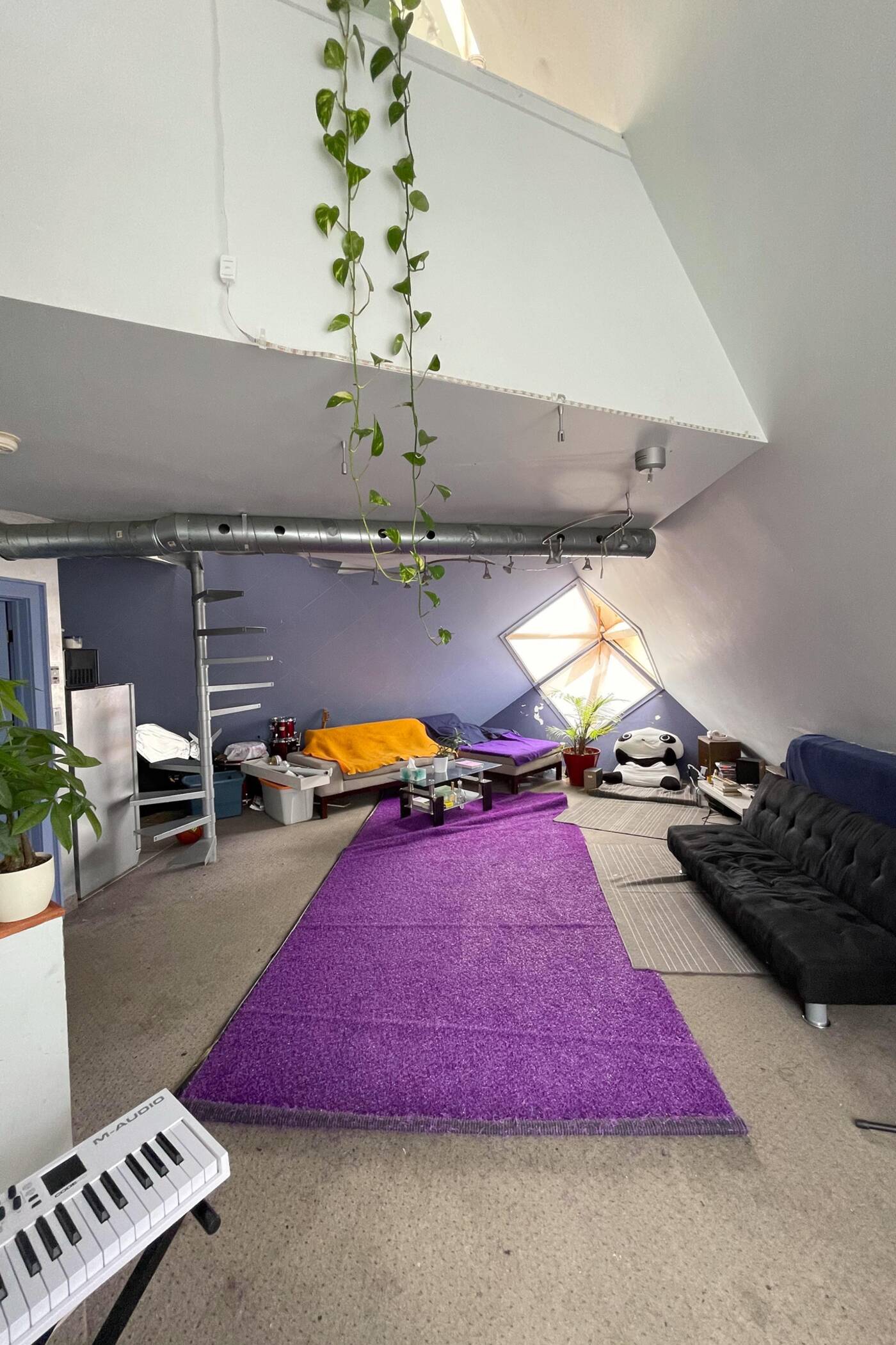 Cohall enjoys the unit, which has three floors – the first floor is a recording studio space, the second floor has the main living area, washroom and kitchen — now the rehearsal space, and the third floor is designed as the bedroom.

"In the daytime, it's very beautiful. The sunlight comes in through the big windows," he says.

Plans are still in the works for the development but Cohall says he understands he has about 18 to 24 months before the building is either torn down or moved to another location.