Drake threw one of Hollywood's hottest parties this weekend for his 35th birthday, which, as corny as people make The Boy out to be and as close as his special day is to Halloween, was heavily themed.

Drizzy rolled up to the sound stage at Goya Studios in L.A. on Saturday night decked out in a full-on cocaine cowboy costume for his Narcos-themed bash  — technically Chico Amante (Lover Boy)-themed — where he partied with his dad, Future, Offset, and a slew of his other celeb pals.

Former Toronto Raptor Kawhi Leonard made an appearance, of course, being one of Aubrey's BFFs and all. 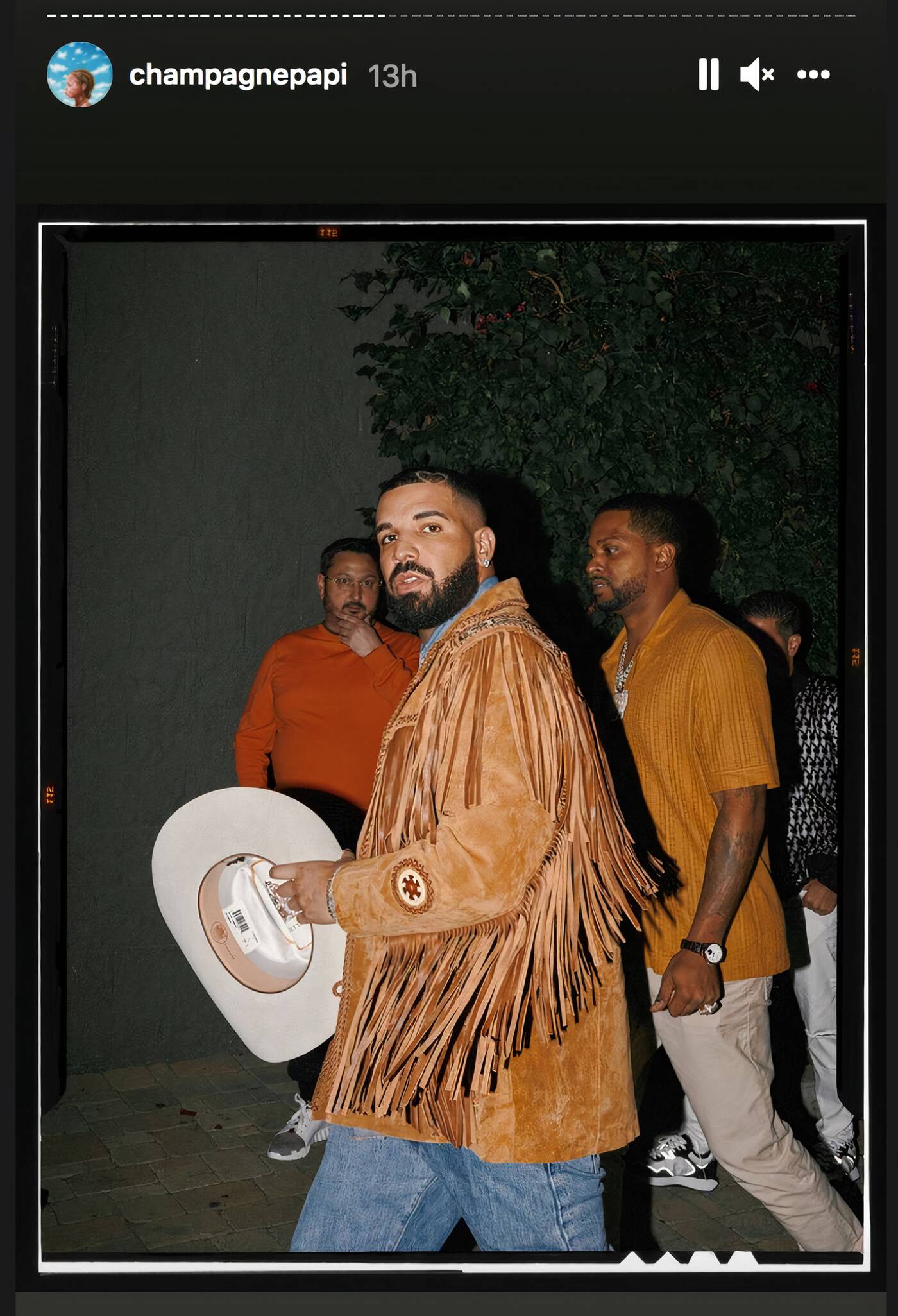 Photos from the event show an unwavering commitment to the motif, with a full-wall cycling projection of the face of kingpin Pablo Escobar transforming into Drizzy's hallmark kissy-faced expression.

Instagram stories also show mountains of cocaine and bills; whether they were real party favours or mere props is open to debate. 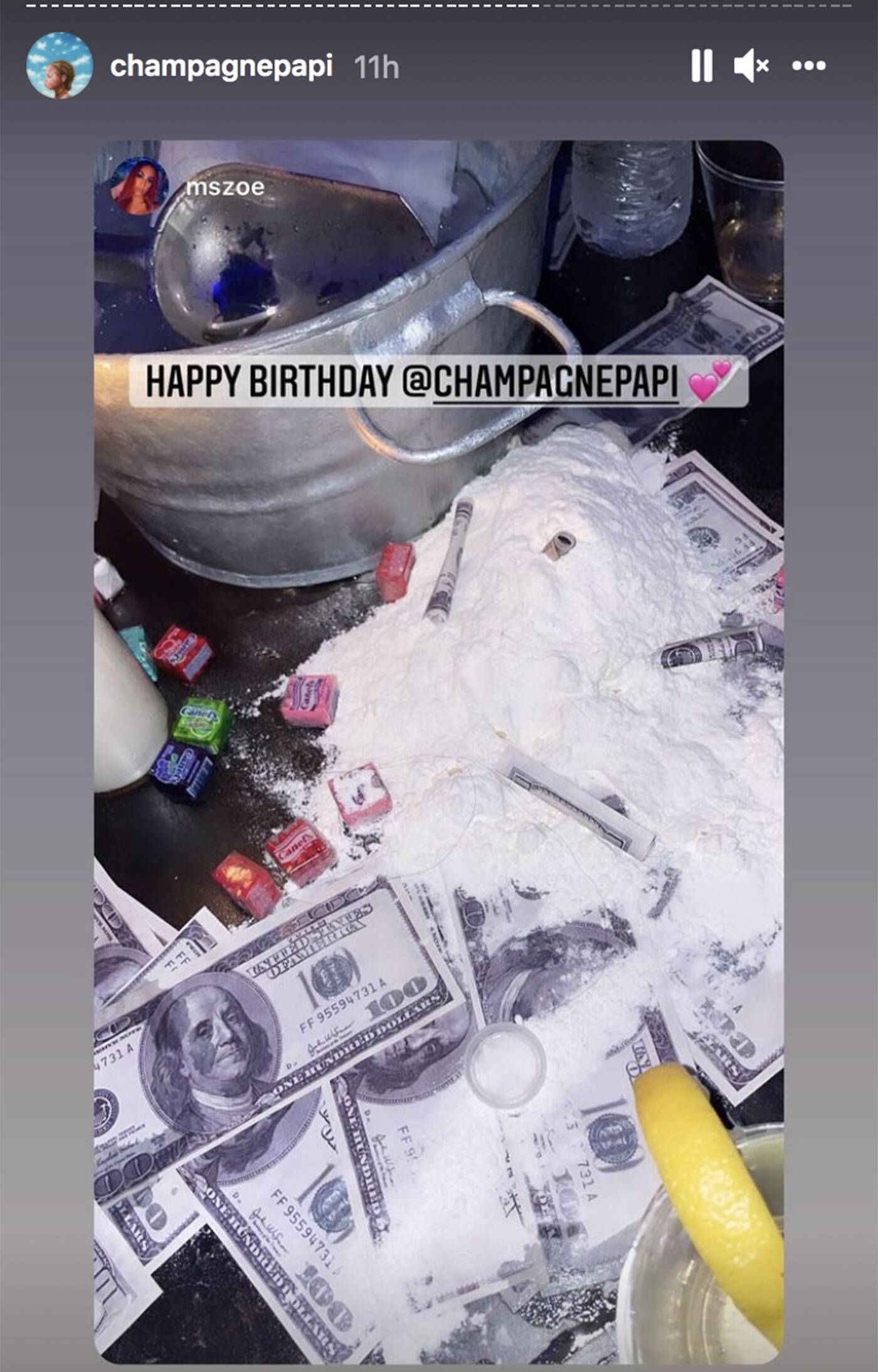 Drizzy received some top-shelf presents for the occasion, including a custom diamond-encrusted chain from Young Thug.

The giant double-sided pendant, made by revered jeweller Elliot Eliantte, has a glistening OVO owl on one side and a photo of Aubrey holding his son, Adonis, on the other.

"Oh sh*t!" Drake exclaimed upon being presented with the piece, taking a moment away from what looked like a phone call. "That's real love, thank you."

He was also gifted a Rolls Royce by fellow rapper Future, but not just any Rolls Roynce: it's the exact car that the Toronto icon used to rent more than a decade ago before he made it big.

"Back in 2007 we used to finesse this Rolls Royce Phantom rental to convince people in the city we were destined to make it. I used to scrape together 5k a month somehow to keep up appearances," Champagne Papi wrote in the caption of an Instagram post showing himself beside the vehicle in question on the night of, and also some old footage from what may have been one of his first times inside the then-rental.

"Even though I don't recommend putting yourself in financial trouble for material things I realize now that this was just my way of extreme manifesting... Today in 2021 my brother @futuretheprince tracked down the exact car I use to stress over and gifted it to me… it's mine now. Manifestation complete."

Though there appeared be a fair share of silk button-ups and Hawaiian shirts at the shindig, Drake himself seemed to be the best dressed, as evidently not everyone was as dedicated to the theme.

Hopefully after a night of partying, the king of October's Very Own got a solid day of rest and relaxation for his actual bday yesterday, the 24th.