While many people stayed at home this summer, a Toronto man and TTC busker managed to do a 16-country European concert tour during the pandemic.

Toronto musician Antonio Piretti had planned a tour in Europe starting in April of 2020.

Since 2018 Piretti, a TTC underground musician, had been planning the Not Only A Currency Tour of Europe by bicycle to follow his cross-Canada tour marking the 150th birthday of the country.

The title of the tour refers to Europe sharing a common currency, the Euro, but not necessarily a sense of unity, Piretti told blogTO.

He was born in Italy and his wife is from Germany so he wanted to do a tour in Europe. He was already on the continent when the pandemic hit, and could only sit back and watch as the 2020 tour plans disappeared.

"The virus hit and all the concerts already planned were cancelled," he said. 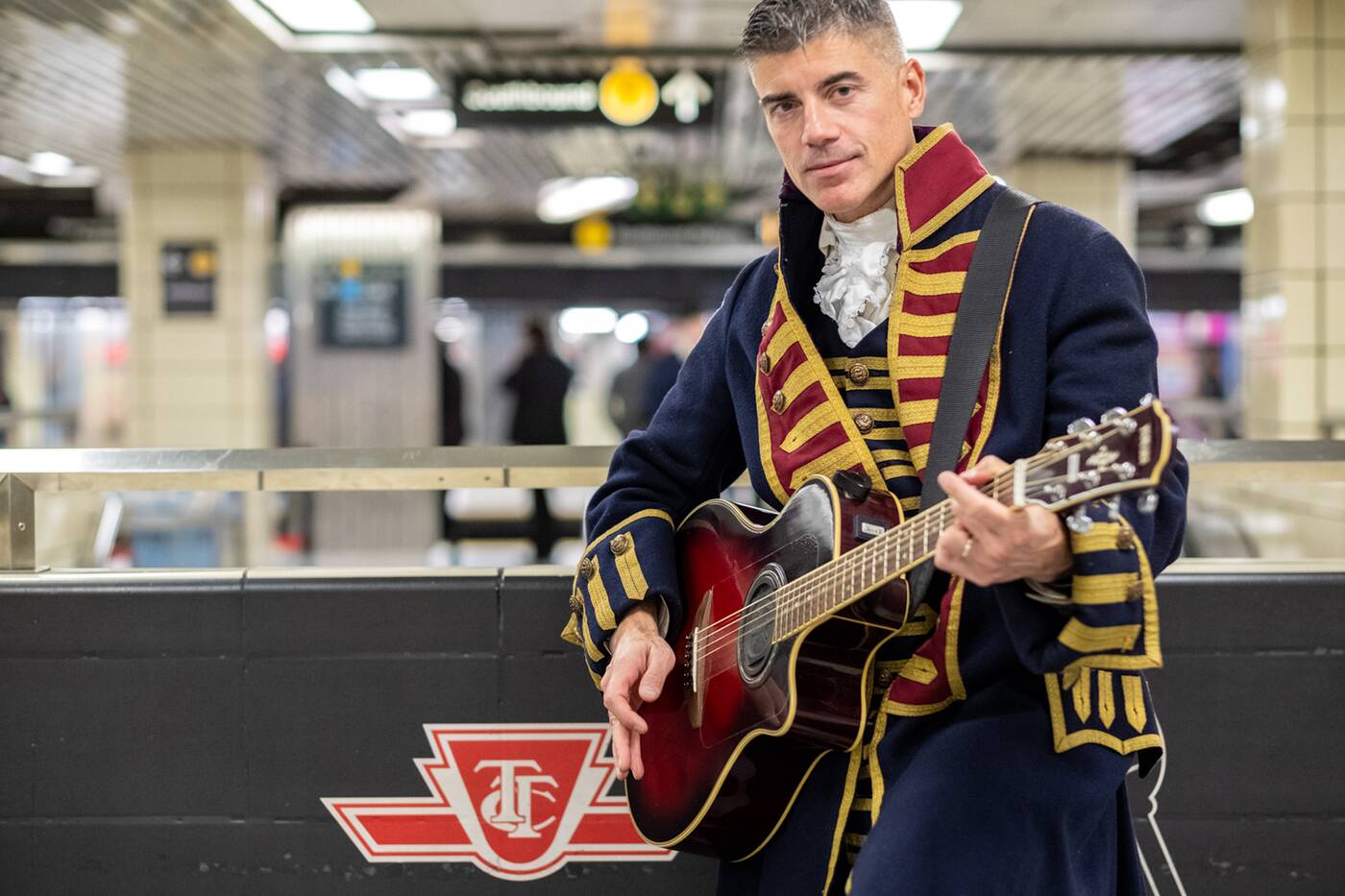 Antonio Piretti is an underground musician for the TTC.

He waited in Germany with his wife until the borders reopened in June. On June 13 he officially started the tour, which would take him through 16 countries on his bicycle. He carried his equipment in a trailer and all together, including his own weight, he was hauling about 150 kilograms. He biked an average of 84 kilometres a day.

Originally the plan was for his wife to follow by camper vehicle, but she was expecting a baby in August and so Piretti went alone. He returned to Germany for the birth of his baby boy on Aug. 16.

He performed in 21 house concerts and also busked along the way.

"In that time period, it was possible to play in the gardens of the people who hosted me," he said. 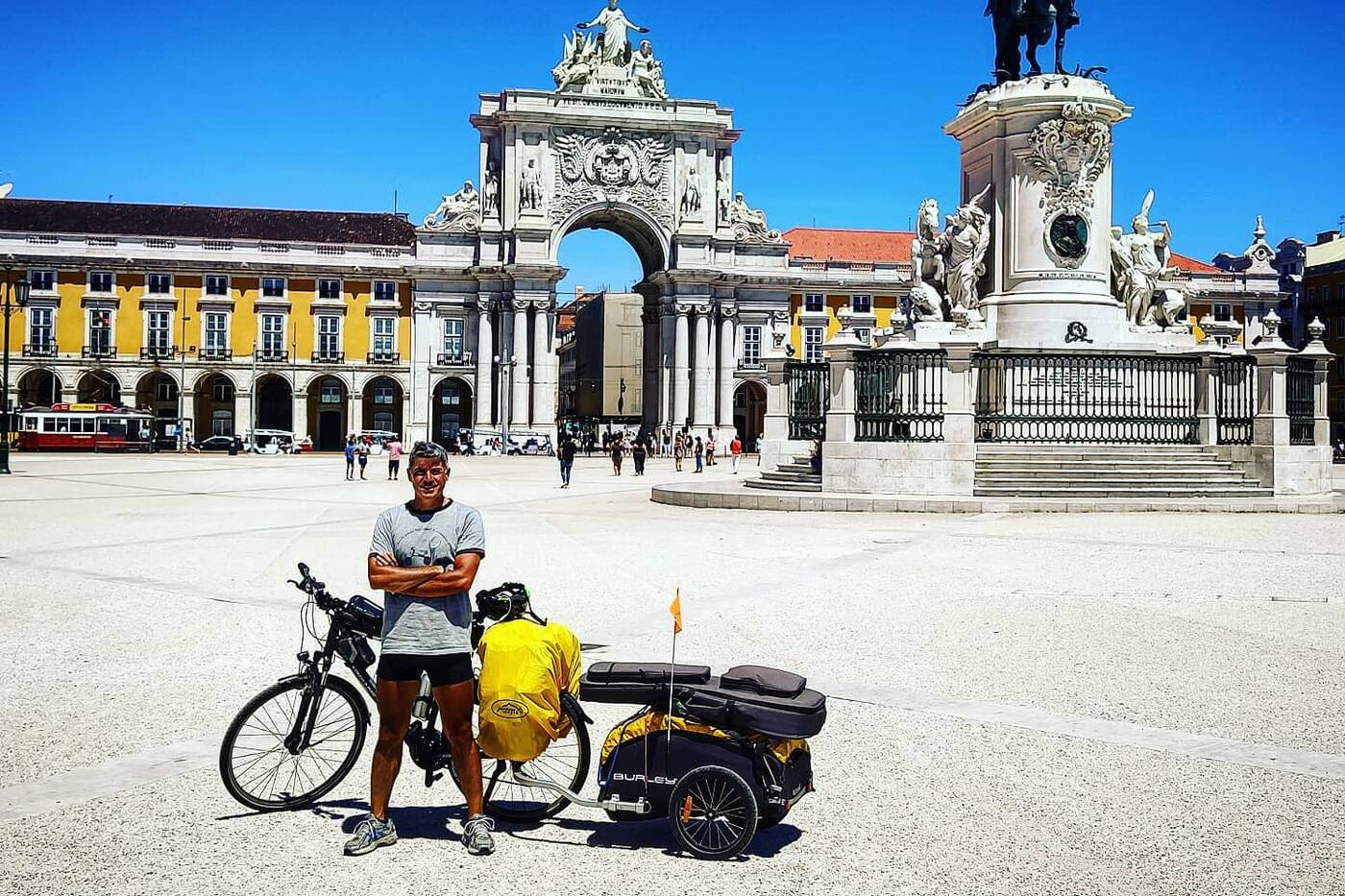 Antonio Piretti poses for a photo in Portugal during his European concert tour.

"That was really cool," Piretti said.

In the second part of his tour, COVID-19 cases started to increase again.

"I had to go very fast with the bicycle because at one point I was worried because the situation was getting worse and worse," he said.

He never had to quarantine, partly because of luck, as he missed any government requirements to stay isolated while travelling from country to country.

"I was always following the rules," he said. 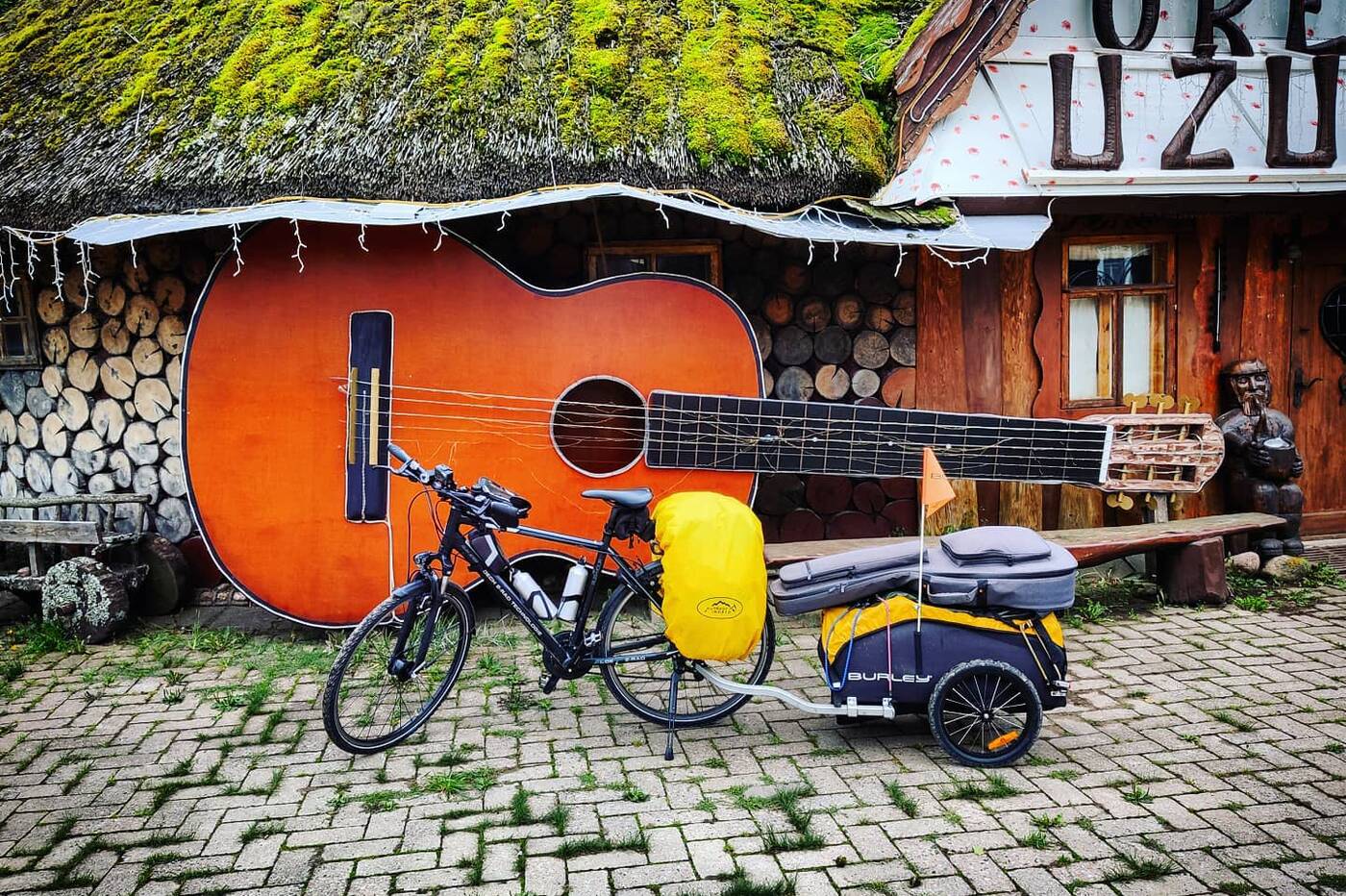 Antonio Piretti stopped for photos along the way including this one in Lithuania.

When he arrived in Greece, for example, he had to download an app to track his movements in the country.

At times Piretti found he was the only one or nearly the only person staying in hotels.

"This virus had a huge, huge impact on the hotels, also on the restaurants," he said.

Many restaurants were also shuttered.

"In France, a lot of places were just closed," he said.

For much of the tour, however, Piretti stayed at homes through the website couchsurfing.com. Piretti was concerned about staying in strange homes but not about COVID-19.

"I was not worried about the virus," he said.

He felt strong, was outside in the sun cycling every day, and met many new friends along the way.

The tour ended in Greece on Sept. 19 and now Piretti is back in Germany, but hopes to return to Toronto. 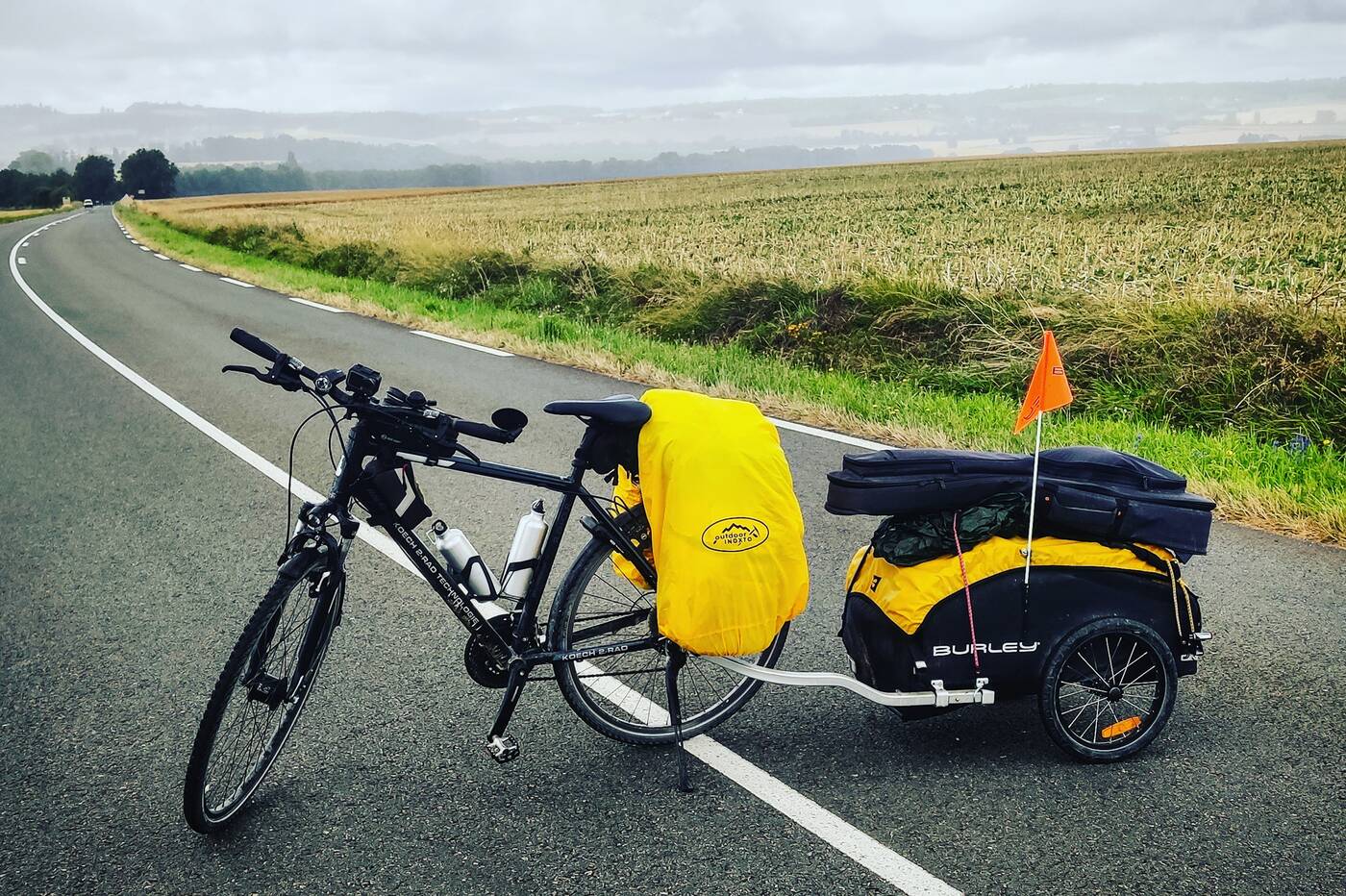 Many restaurants and businesses were closed in France.

Piretti came to Canada from Italy with his Canadian fiancée as a landed immigrant in 2009. That same year he auditioned and won a spot as a TTC busker. He and his fiancée split up but he remained in Toronto.

Now the TTC program has stopped because of the pandemic but Piretti plans to come back as soon as it starts again.

"If there was no virus, I would be right now in Toronto playing," he said. "This is the most beautiful time to play at Christmas time."