Every year, Record Store Day brings swarms of music lovers to local record shops to pick up the newest releases. This year, however, the typically packed independent stores will look a lot different thanks to COVID-19.

Pop Music on Gerrard Street East has seen lineups down the block to Dundas in the past, but founder Derek Antonio says with social distancing the queue could hit Queen on Saturday. 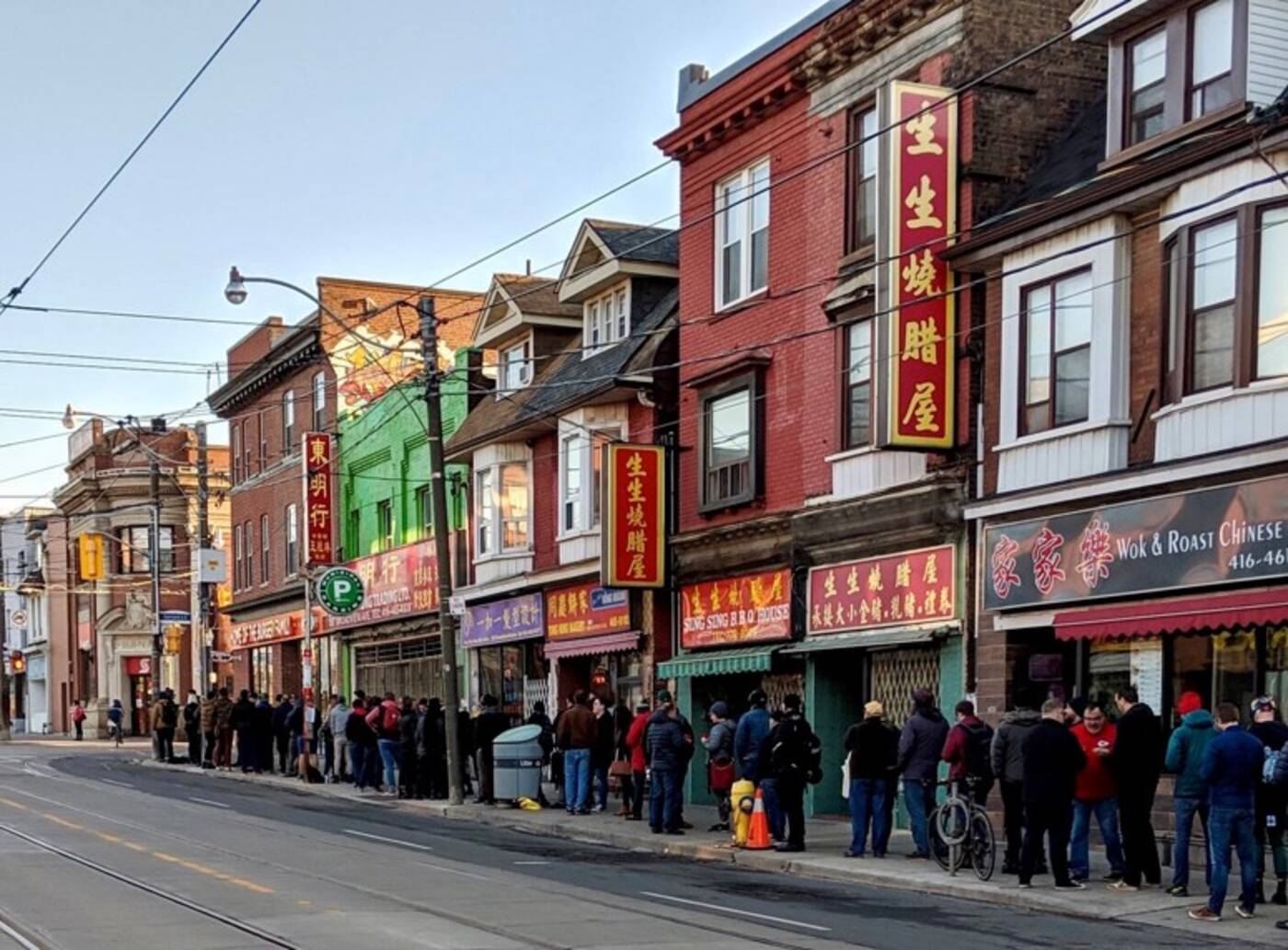 The lineup outside Pop Music on Record Store Day in April 2019. Photo via Derek Antonio

"It all depends on what the turnout will be like and just how much people are willing to wait," Antonio says. "Obviously it's a bit of a slower process inside the store."

On Saturday, Pop Music will have minimal staff and only allow four music fans in the store at a time to maintain two-metre distancing. Face masks are required to be worn inside and hand sanitizer is provided.

Unlike previous years, those who don't feel safe to hit the shops early have the option to buy Record Store Day releases online for the first time after 6 p.m. on the day of.

Pop Music has been updating its online list of records available for Record Store Day in real time to drum up excitement over releases - some announced as far back as March before the initial April 20 date was pushed back - and remain transparent.

"One of the things we do a bit different than most record stores is we show full visibility of what we have in store for event day," Antonio says.

"If the fans are going to get in line at 5 a.m. or 6 a.m. they deserve to know that record store has what they're looking for, just out of respect."

He says everyone that gets in line before 7 a.m. will be eligable for gift cards from local businesses in the East Chinatown area, like Soul Chocolate and Gerrard Street Bakery, as a thank you for customers' continued support throughout COVID-19.

In an email to blogTO, Dead Dog Records owner Stephen Yorke says smaller crowds are expected due to the split dates, but otherwise things will look run similarly to previous years.

While other shops pack in customers to sift through vinyl, Dead Dog's two storefronts - one on Bloor West and one on Church - limit Record Store Day customers to 10 at the best of times.

"Seems that our customers enjoy a little elbow room while picking up their items," Yorke said.

This year only four will be allowed inside at a time to allow for two metres of distance while shopping. No one will be permitted to enter Dead Dog without a face covering and all customers are required to use the supplied hand sanitzer.

Some records dropping on Saturday are limited release items, which may worry some music fans. But Yorke says no one will be able to stock up on the same release, because that wouldn't be fair.

"Because we limit items to one of any one title per, those waiting in line are not so worried that they will miss out titles on their wish-lists!"

A busy day is expected at both locations Saturday, but Yorke says he's looking forward to the rush. And so is his staff.

"I am very much looking forward to another very fun day interacting with so many customers, both regulars and the soon-to-be converts to Dead Dog Records, this Saturday and on the upcoming RSD Drop Days!" Yorke told blogTO.

In these uncertain times, Antonio says music lovers have been "comfort listening" by revisiting old favourites.

With many reissues coming Saturday, fans will have a lot to choose from: from Swedish pop star Robyn and Charlie XCX to decades-old unreleased David Bowie tracks.

But no matter what you listen to, your local indie record shop is the best place to go on Saturday, Antonio says.

A full list of Record Store Day releases is available on the event's website. Call your favourite Toronto shop to see if it is participating.