Where does he find the energy? At 73 years old, Paul McCartney showed incredible staying power with nearly three hours of material culled from his long storied career on his Toronto tour stop this weekend. As the Wings' classic goes, "Maybe I'm Amazed." 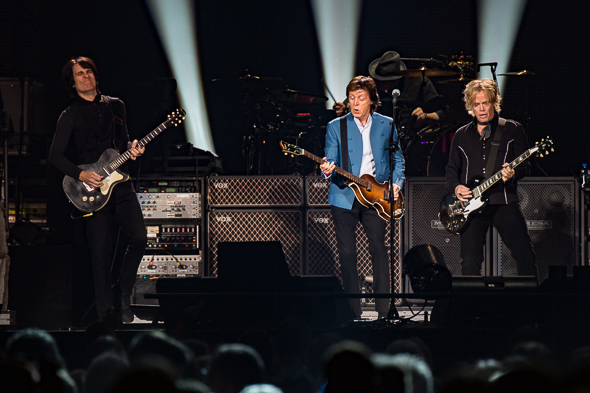 As one might expect, he drew heavily from his Beatles catalogue but the capacity crowd was hanging on every note he's ever committed to tape. Wings' songs "Band on the Run" and "Live and Let Die" very nearly upstaged classic rock staples like "Back in The USSR" and "Hey Jude." 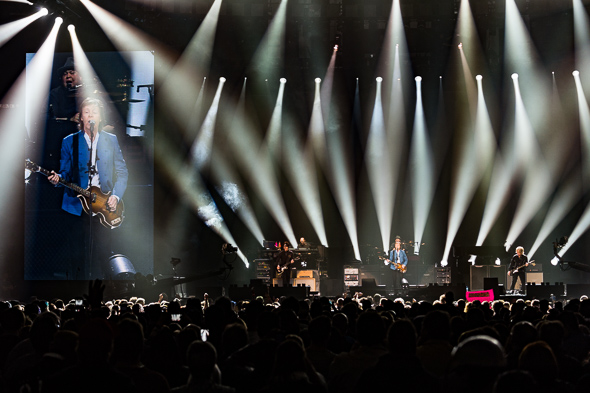 Clearly he's not the same man who belted out "Helter Skelter" in 1968, but it hardly mattered. His voice has held up remarkably well, though he did have to transpose some of the screamier bits. 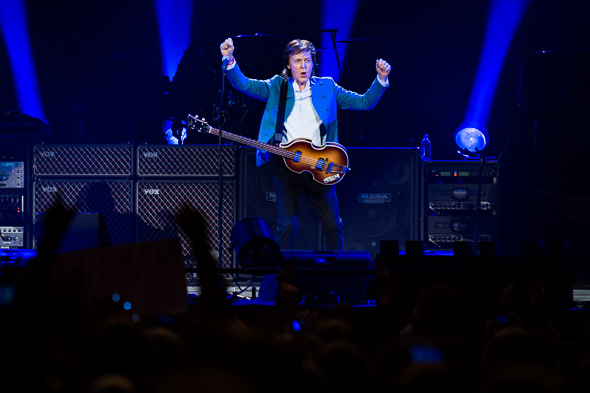 Taking the crowd on a journey from the first Lennon And McCartney songs ever penned ("One after 909") to material off 2015's New ("Queenie Eye"), he hit so many highlights that it was nearly impossible to keep track.

Surely there were glaring omissions ('70s radio hit "Jet" comes to mind) but at the breakneck pace he was keeping, there wasn't enough time to breathe let alone take an accurate inventory. 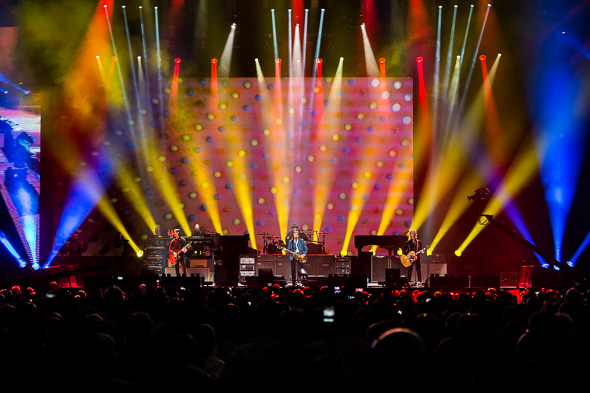 At this point in his career, his missteps are easily overlooked. He is a pure songwriter, plain and simple. Putting heavy rockers next to delicate ballads ("Yesterday"), folk classics ("Blackbird") next to nostalgic rock 'n roll ("I Saw Her Standing There"), and psychedelic head trips ("Being For The Benefit of Mr. Kite") next to cinematic tearjerkers ("The Long and Winding Road"), McCartney was in full command. 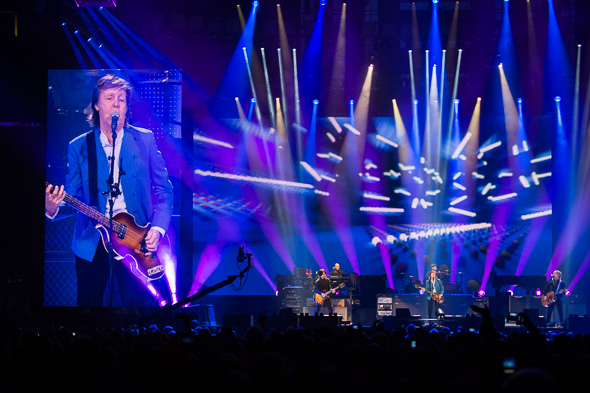 It was nice that he included a few odes to his old bandmates John Lennon (the aforementioned "Mr Kite") and George Harrison (a lighthearted take on "Something" played on a ukelele), bringing their spirits onto the stage. It was a touching, unspoken tribute. 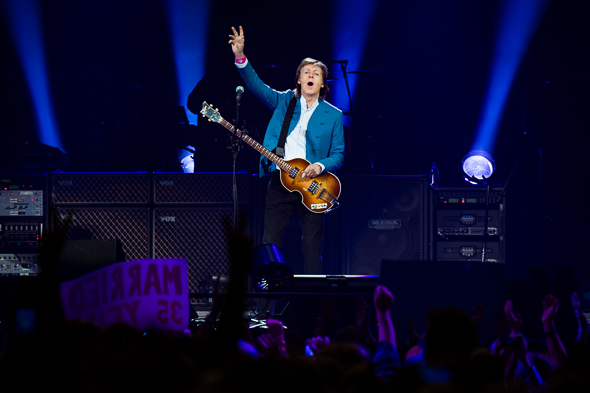 On a night not short on sentimentality, McCartney rolled out the Paris Port Dover Pipe Band to join him on the seldom-played "Mull Of Kintyre." He then signed the big bass drum they were using, which they subsequently retired.

Paul McCartney is a living testament to how time flies. And it certainly flew by on Saturday night.