Last night, Blood Orange erupted at the Danforth Music Hall with a salvo of sexy, 80's inspired r&b. Backed by a crack six-piece band consisting of drums, bass, guitar, keys, saxophone and a co-vocalist who was out-of-this-world, DevontĂŠ Hynes cast a groove-heavy spell concocted of cuts from his 2013 sophomore record, Cupid Deluxe. 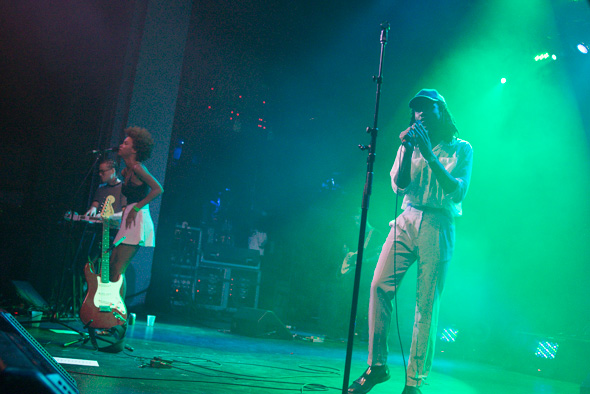 Hynes began the night solo on guitar and vocals backed by a drum machine. Once the band came on he moved restlessly, moving from the front to the back of the stage, seemingly unsure of where he felt most comfortable. His reluctance to be a classic front-man really allowed the band to shine as a whole. Saxophone solos wailed through the hall. 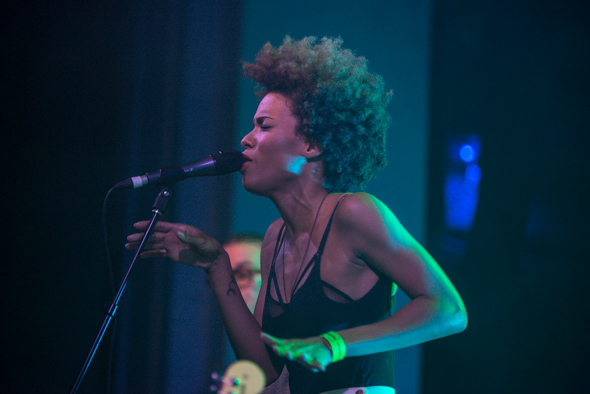 Hynes is well known for his collaborations with Sky Ferreira and Solange - even more so perhaps for his public falling-out with Solange last fall - and much of the music on Cupid Deluxe is fleshed out with ethereal vocals from Ava Raiin. These essential elements were handled with ease from his current touring on-stage counter-part, whose rendition of "Bad Girls", which appeared on Solange's True EP (produced by Hynes) was soaked with soul. Solange, who? 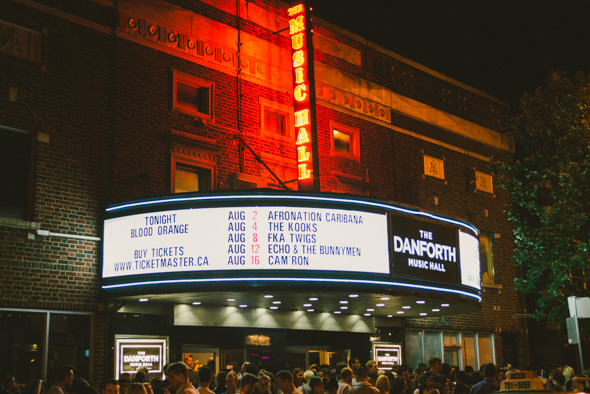 At one point Hynes thanked us all for coming out and confessed, "this is very different from our last Toronto show," referring to a sparsely attended gig at The Garrison in 2011 after the release of his debut album Coastal Grooves. On this night, the Danforth was packed with fans dancing and singing along.

The house was eager and responsive, enthusiastically shouting for an encore that never came. Although he's blatantly influenced by Prince, the four-hour mega-sets are still a few album-cycles away, but the hour-ten minute set was satisfying regardless of our greedy desire for more. Dynamic, emotionally charged, and flawlessly executed, Toronto is lucky to have witnessed one of only four tour dates scheduled this summer. 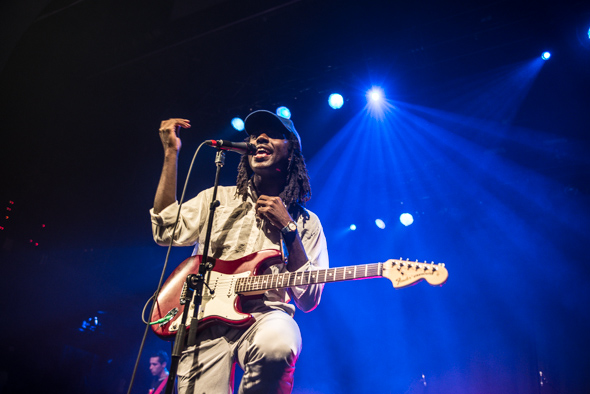 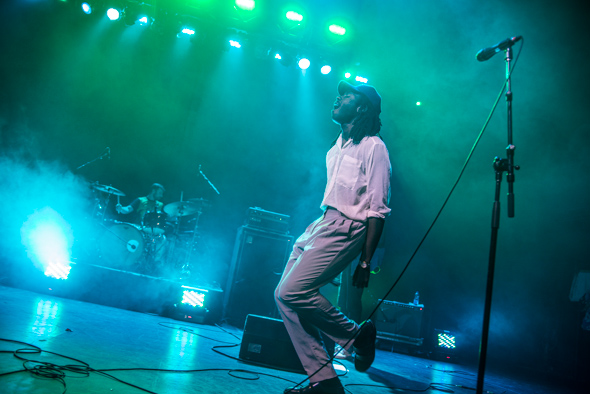 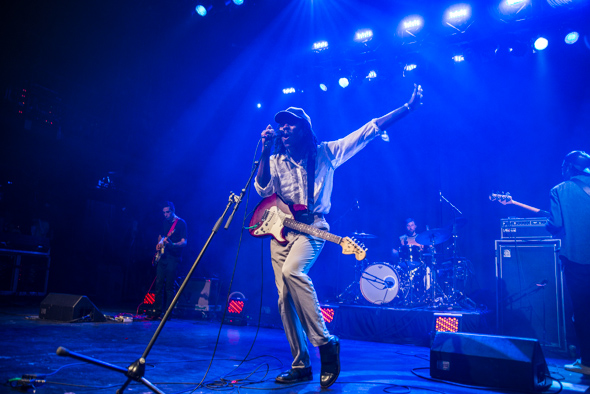 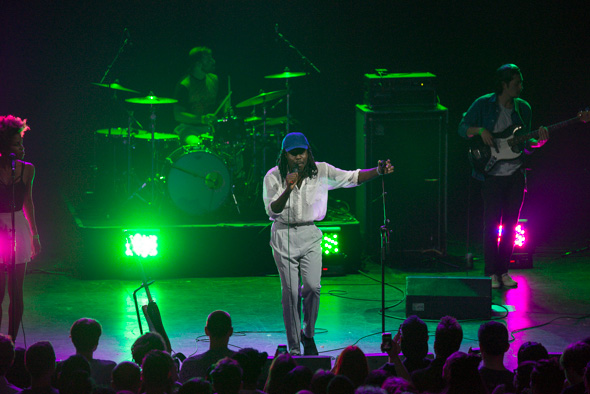