The venue was packed halfway through the opening band, Royal Bands, with an unassuming and diversely aged crowd. A majority of the gathered didn't seem to owe any sort of musical allegiance, but there was also a fair share of punkers, indie rockers, twee bears and skateboarding types showing the diversity of white people who like emotional riff rock with a heart of gold. Mostly people milled about, trying to find a vantage point and being generally polite. 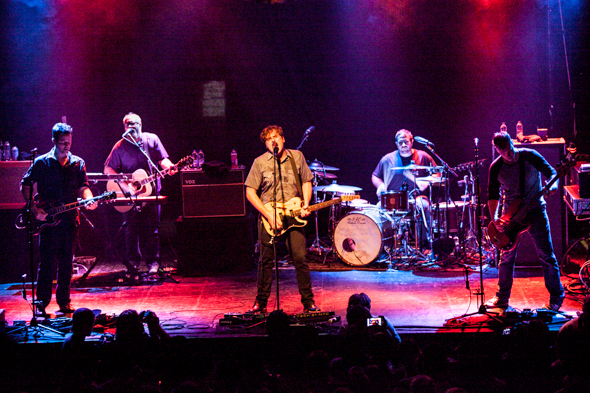 I found myself jockeying for a space that people wouldn't nudge by me every 30 seconds. Then, during the intermission another few hundred came in and it wasn't about jockeying for a "good spot" then it was about finding enough room to take off my jacket. I've never been to a sold out show at The Phoenix, and hope to never again. A feeling of banal dread rose in my belly. 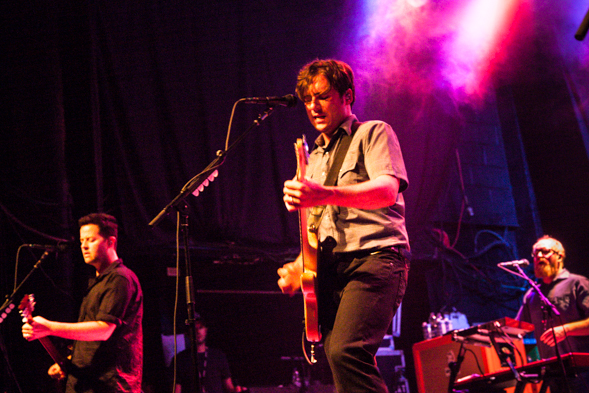 Then Jimmy Eat World took the stage and I began to feel all sorts of things. One of the essential qualities of the mob is that individuals are impossible to discern. But as soon as Jim said hello every single anonymous faces in the crowd suddenly got a personality and once more, a personality that shone with a shared sacristy called being a Jimmy Eat World fan. It was actually beautiful. 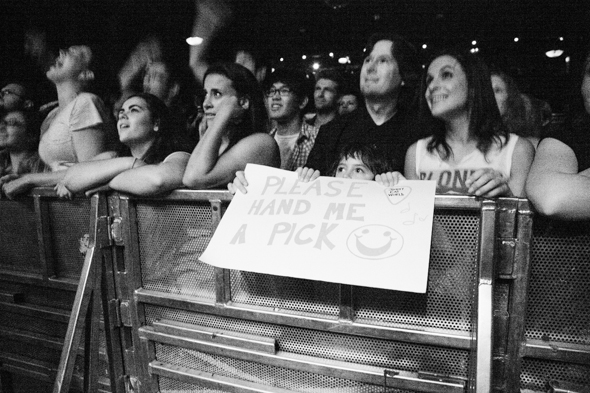 We're talking best friends looking deeply into each others eyes following by deep mother bear hugging, coworkers getting first time glimpses into the wholeness of their peers, gangly loner dudes turning to attractive ladies with shit eating grins and having that grin returned. And all of this without the dilated pupils one would expect with this sort of mass emotional outpouring. 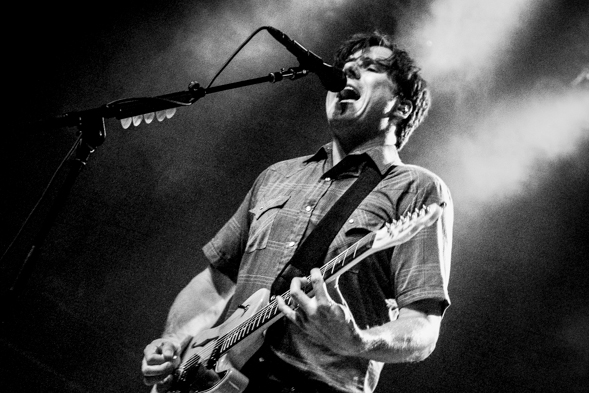 In all my years on the music beat I've never seen anything like it. People really really like Jimmy Eat World. 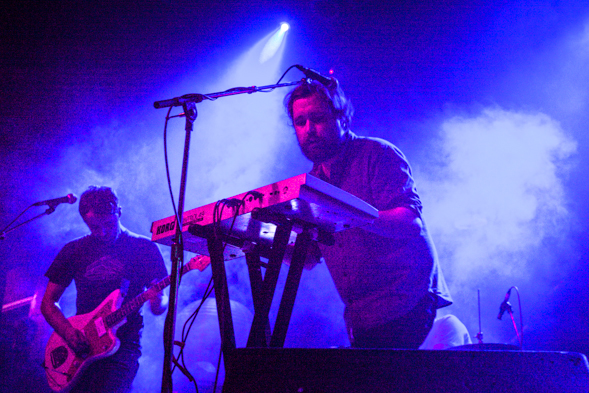 I would love to be able to explain this phenomenon. My only guess is that Jimmy Eat World was the band that help define these people's emotional palettes during their teen years, and a Jimmy Eat World concert acts as a nostalgic renewal of base adult feelings. This theory, at least as an all encompassing idea, was quickly dismissed as I saw a 30+ man singing along to the newer single with tears in his eyes. 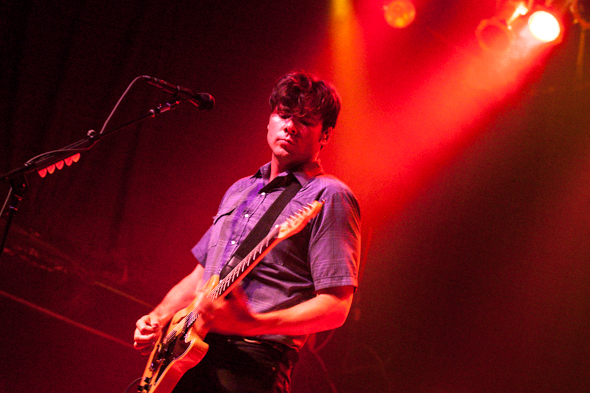 So I'm going to stop thinking about it and just take it for what it was: People really love Jimmy Eat World. So maybe you should too?

Photos by Irina No.