Today I Caught The Plague get epic at the Bovine

Today I Caught The Plague is a metal band that I still love after having pretty much stopped listening to metal all together. At first their music be thought of as chaotic, but as soon as you really listen, you quickly realize that every note is exactly where it should be.

Since their release of their first EP Ms. Mary Mallon in 2007, TICTP seemed to instantly cause a stir in the metal scene - particularly in their hometown of Ottawa. Being a fan, I was originally planning on covering them NXNE when they played at Cherry Cola's, but the sound was bad and it just didn't seem worth it. With their style of music, it's imperative to have the sound right — otherwise it can just sound like a lot of noise and some of their technical playing will definitely be missed. That's probably true of a lot of bands, but no more so than TICTP. 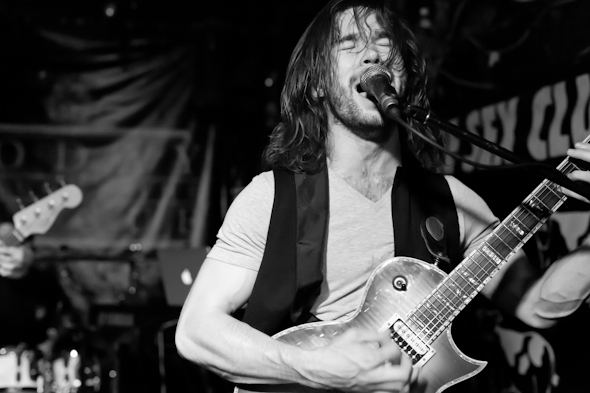 Thankfully the sound at The Bovine was much better on Friday, which made for an impressive night. The guys brought their A-Game and I left satisfied having finally been able to hear some live material off their new album, Lore. 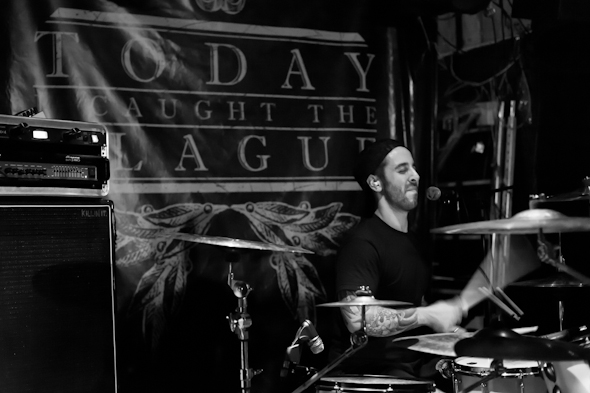 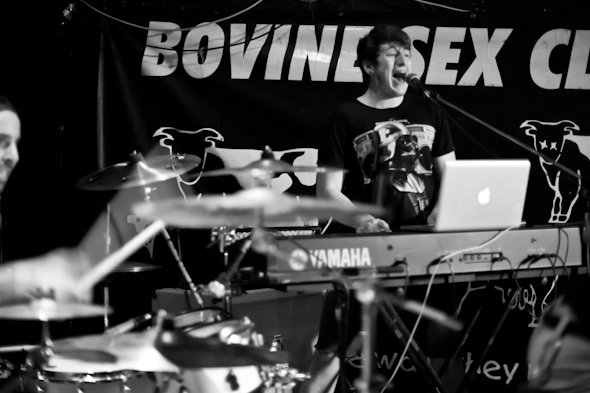 Every time I see TICTP I'm blown away by the notes lead singer, Dave Journeaux, can hit. While he belts out his dark lyrics the boys behind him all do their part to bring a live performance that leaves your eyes dashing everywhere.

Another crucial element of TICTP's unique sound comes in the form of Matt Young's keyboard skills. This added element — after all, not all metal bands have someone on keys — helps to craft what can only be referred to as the epic-ness of their sound. And one reason that I really enjoy Lore is because I find that the band has managed to incorporated this element even more so than on earlier efforts. 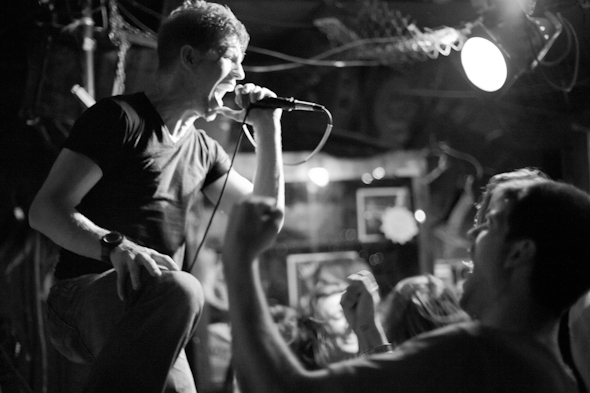 Although Journeaux and Young's skills are definitely impressive, that doesn't mean that the rest of the band don't do their part. With Eric Stone on bass, Ben Davis and Steve Rennie on guitar and Mike Ieradi playing drums, they all come together to create, what I feel, is everything some people are looking for in the genre. Oh, and they also all chime in with back-up vocals - something you'd find hard to believe when you see the technical attention each of their instruments need. 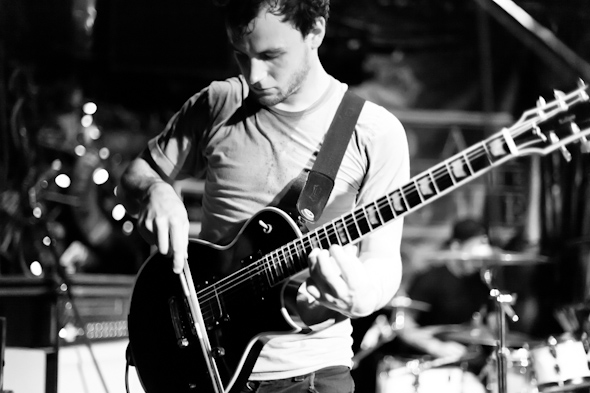 Although The Bovine was not as full as I hoped it'd be, TICTP still gave it their all and had a ton of energy behind their experimental songs. At one point the guitarist was using a violin bow to bring in an intro (I found this funny because other Ottawa band and friends of TICTP Amos The Transparent also use a bow). If you're into experiment post-hardcore, metal, mathxcore, or whatever else you want to classify them as Today I Caught The Plague are about as good as it gets. Check out their new album here. 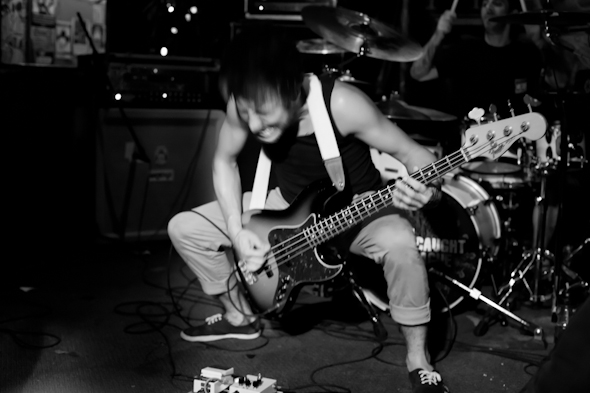 Writing and photos by Dylan Leeder.