Matisyahu took to the stage in a dark suit, white dress shirt and black yarmulke, his tallith dangling below his shirt as he danced about like a meshuggener in his white Nike runners.

Born Matthew Miller, Matisyahu, a Hasidic Jew from New York, brought his brand of reggae to a sold-out crowd at The Phoenix Concert Theatre Tuesday night.

Having been brought up a reform Jew, I thought it refreshing to see so many young orthodox Jews enjoying the show alongside a mix of Matisyahu fans of many denominations and religions. Isn't it great how music brings people together?

The audience was a mixed bag of orthodox Jews and their chaperones, hip-hop homeboys and their girlfriends. From the back of the venue, seeing so many yarmulka-wearing young men made me wonder whether I was back in a synagogue or indeed at a concert. Until I caught a whiff of weed. 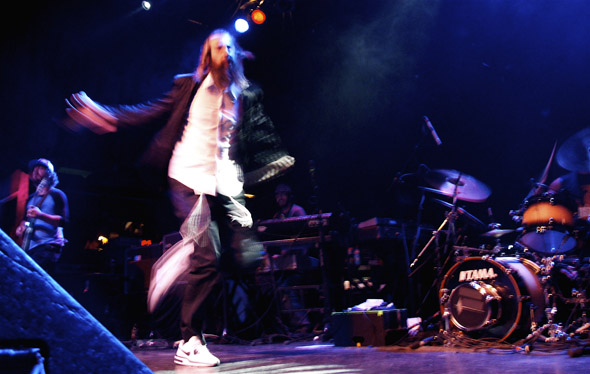 Named Top Reggae Artist of 2006 by Billboard magazine, Matisyahu considers Bob Marley and Phish among his musical influences. This is the first such crossover since Two Live Jews made a ripple on the scene in 1990 with As Kosher As They Wanna Be.

I'm all for helping bring counter culture Judaism to the masses through this type of music. If it brings my orthodox brothers and sisters out of the suburbs and into a concert hall alongside my reform and conservative brethren, hallelujah! 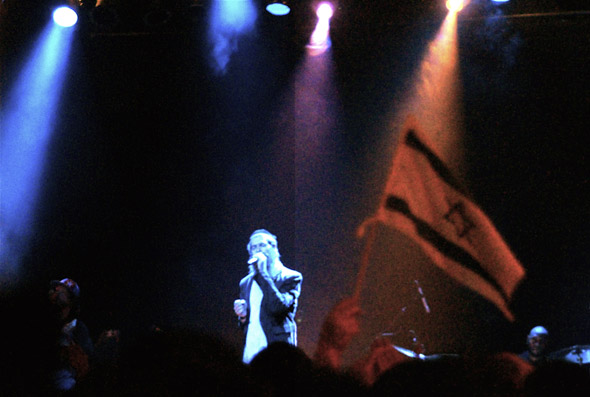 When else would you see an Israeli flag waved about during a show at The Phoenix? Or during any rock, hip-hop or reggae show?

The crowd was somewhat tame throughout much of the hour-and-a-half set, as Matisyahu seldom chatted with the audience. When he introduced his friend Nosson Zand from Boston to the stage, the crowd perked up a bit to take in his brand of kosher hip-hop. 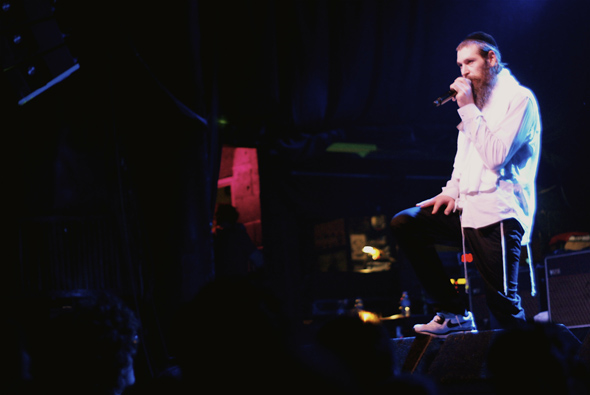 It was quite something to witness Matisyahu beatbox live with a four-piece band as backup. If you missed this show, I'm sure he'll be back in Toronto to promote his forthcoming album Light next spring.

Shame on The Phoenix for not providing enough space in their coat check for everyone on a snowy night in Toronto. I'm sure I wasn't the only one schvitzing throughout the show with my sweater and jacket with me the whole time.