HotBox Lounge & Shop is the post-legalization iteration of the iconic head shop-turned-pot lounge in Kensington Market.

The Kensington Market landmark, which was opened by Toronto pot advocate Abi Roach in, ah, I forget (just kidding, 2000), feels very much the same as it did when it first launched as the casual destination for clandestine pot smokers. 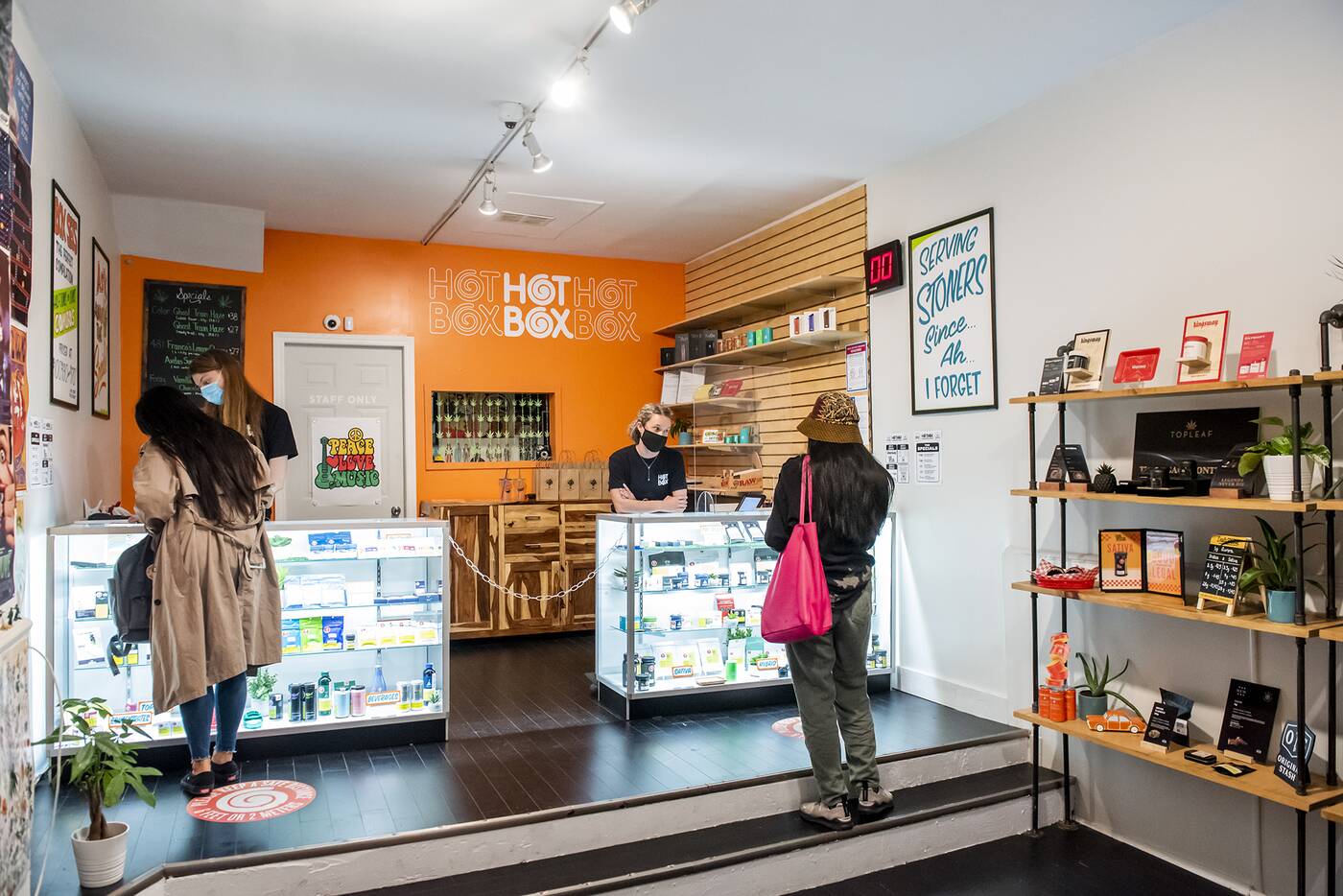 But there are some major changes. For one: Roach no longer owns HotBox, though she remains the founder. 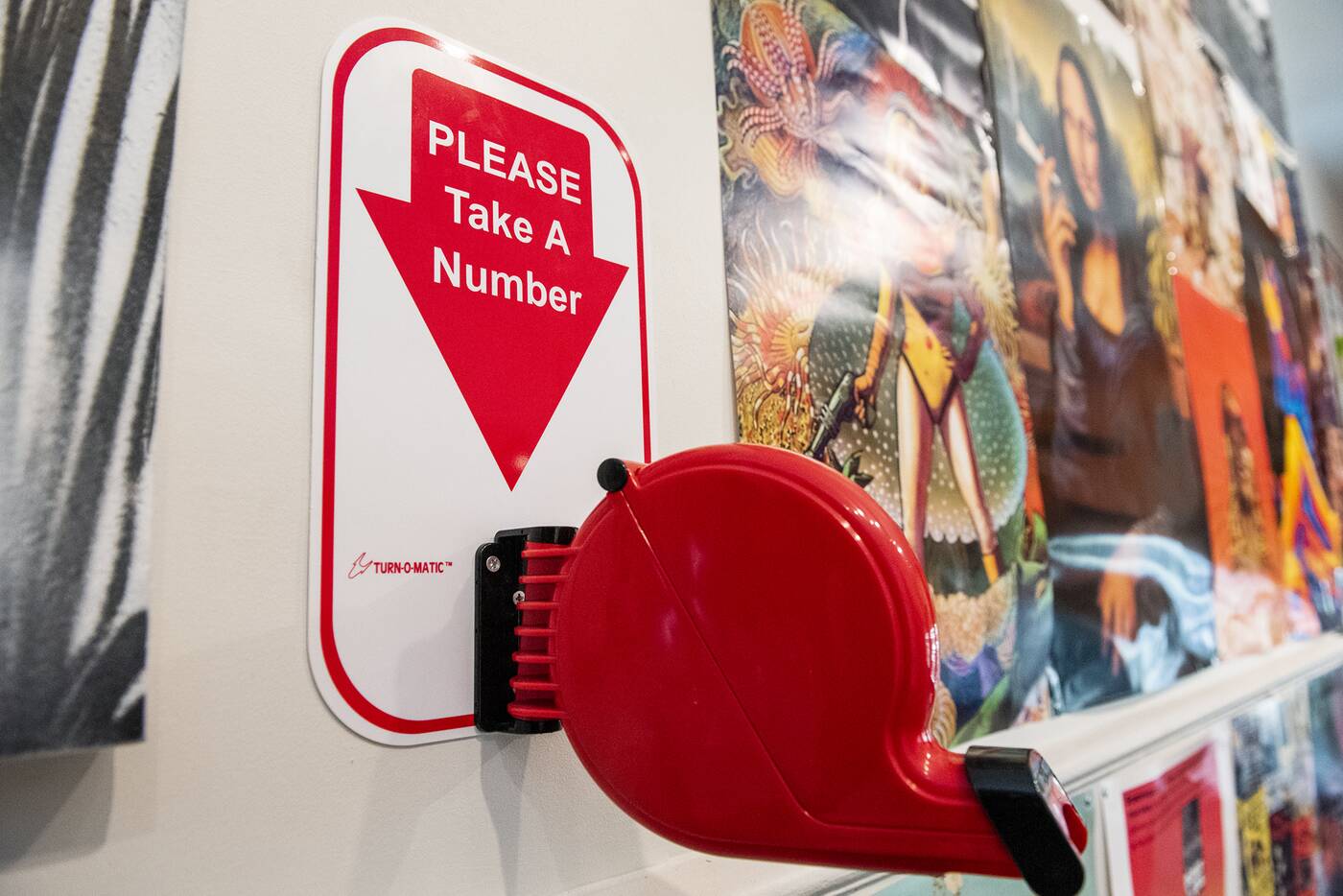 The brand is now owned by another pioneering head shop: Friendly Stranger Inc., which has been selling accessories in Toronto since 1994, well before it partnered with Green Acre Capital in 2018. 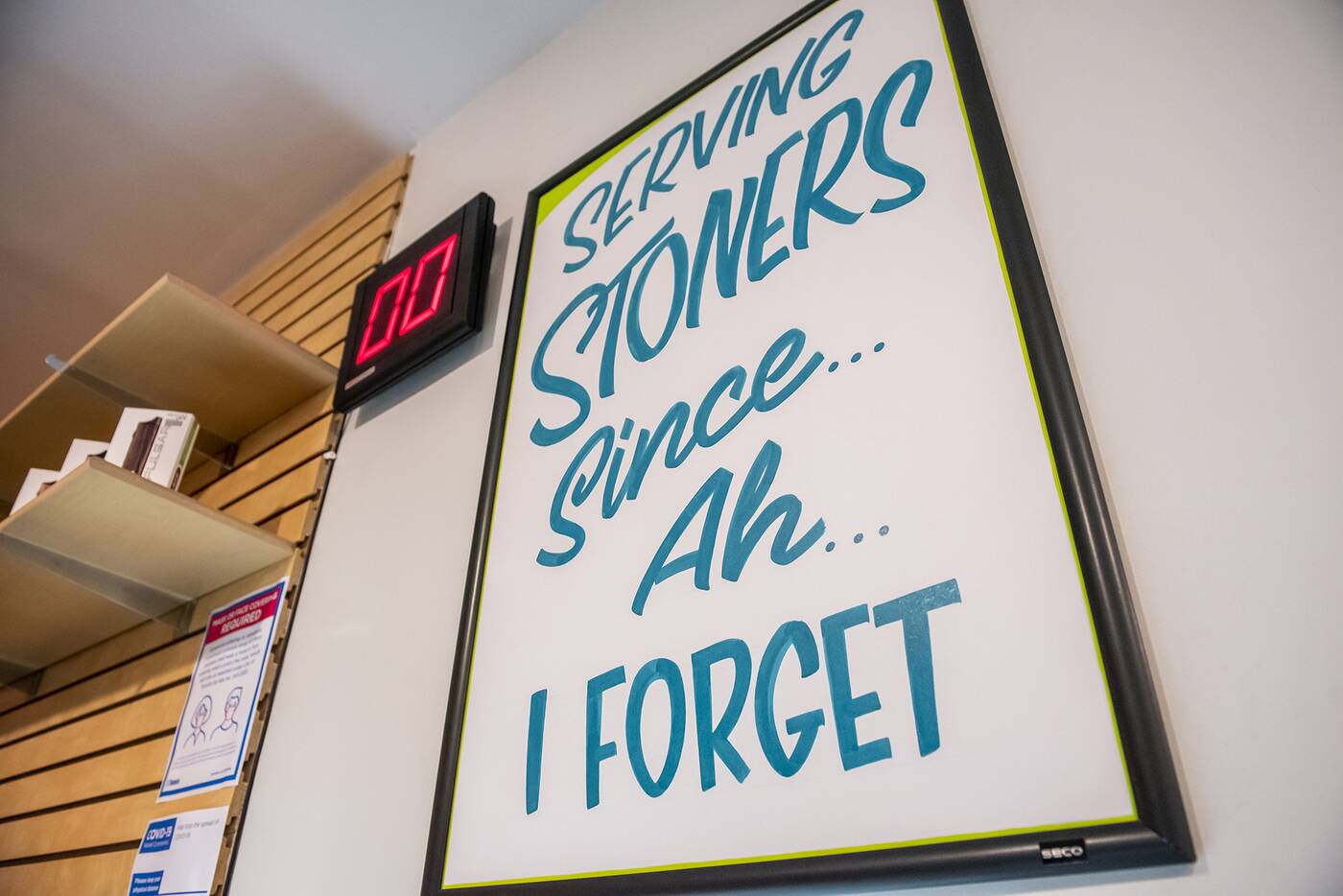 Friendly Stranger's co-founder Robin Ellins and Roach go way back, so the hand-over of Hot Box seems, by all accounts, an amicable one, and a win for the local pot-smoking community.

From the outside, a fresh paint job by nomdefume over both the lounge and the shop — which are located at two separate properties: 204 and 206 Augusta respectively — really makes the old facade pop. 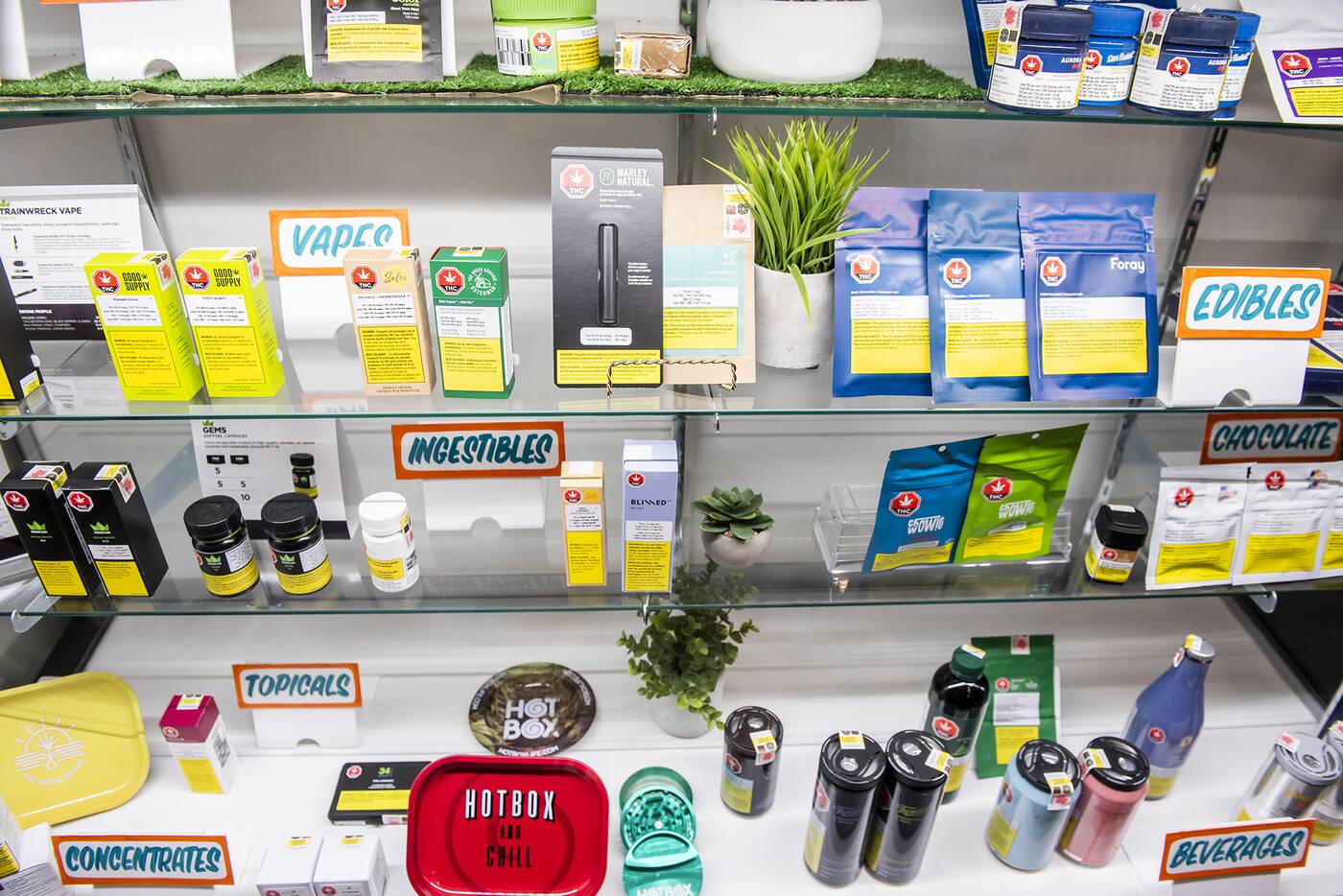 The shop area is a basic boite, taking over HoxBox's former grow store with a simple space decked out with posters of head shop essentials like a weed-smoking Mona Lisa. 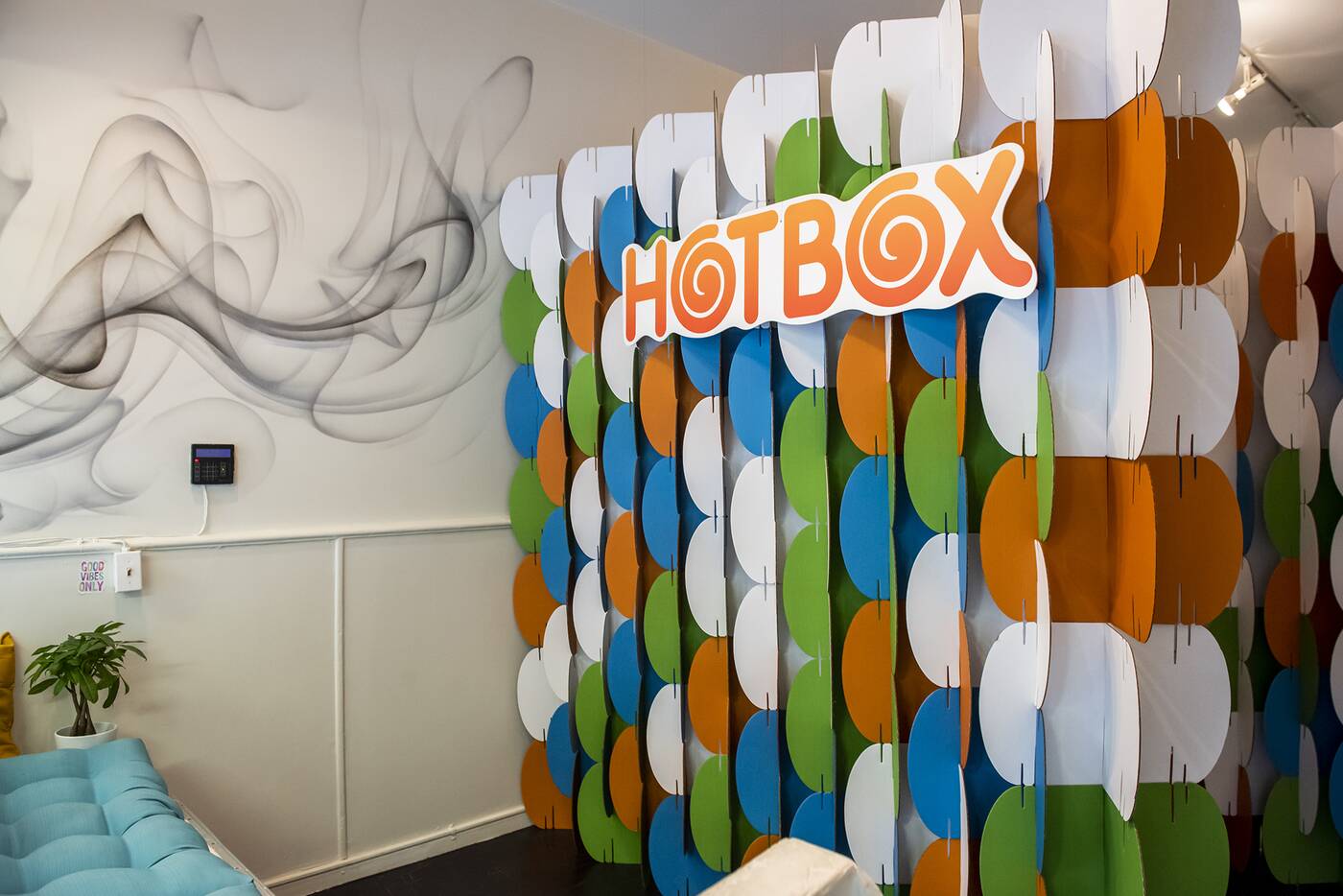 It's a low-key spot to buy the selection of flower, vapes, concentrates, pre-rolls and edibles. That includes Box Sets, which offer deals like $100 for a half ounce of Kingsway and Daily Special bud, or $130 for a half ounce of product from Pure Sunfarms, 7Acres, or TGod. 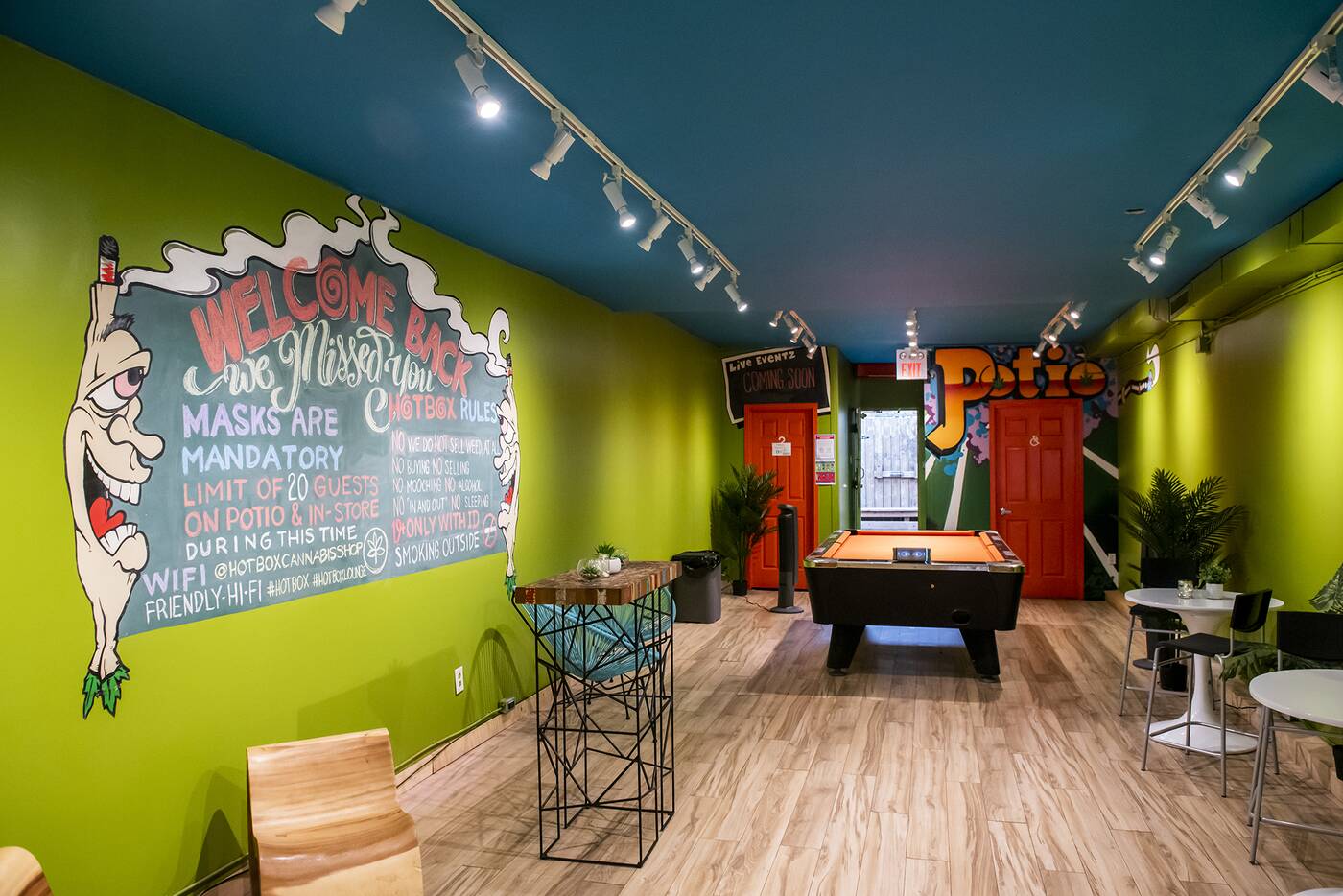 Next door is the accessory shop and lounge, with a wall of soft glass bongs, silicone pieces, pipes, and build-a-bong pieces from brands like Marley, Hoss, and Cheech and Chong. 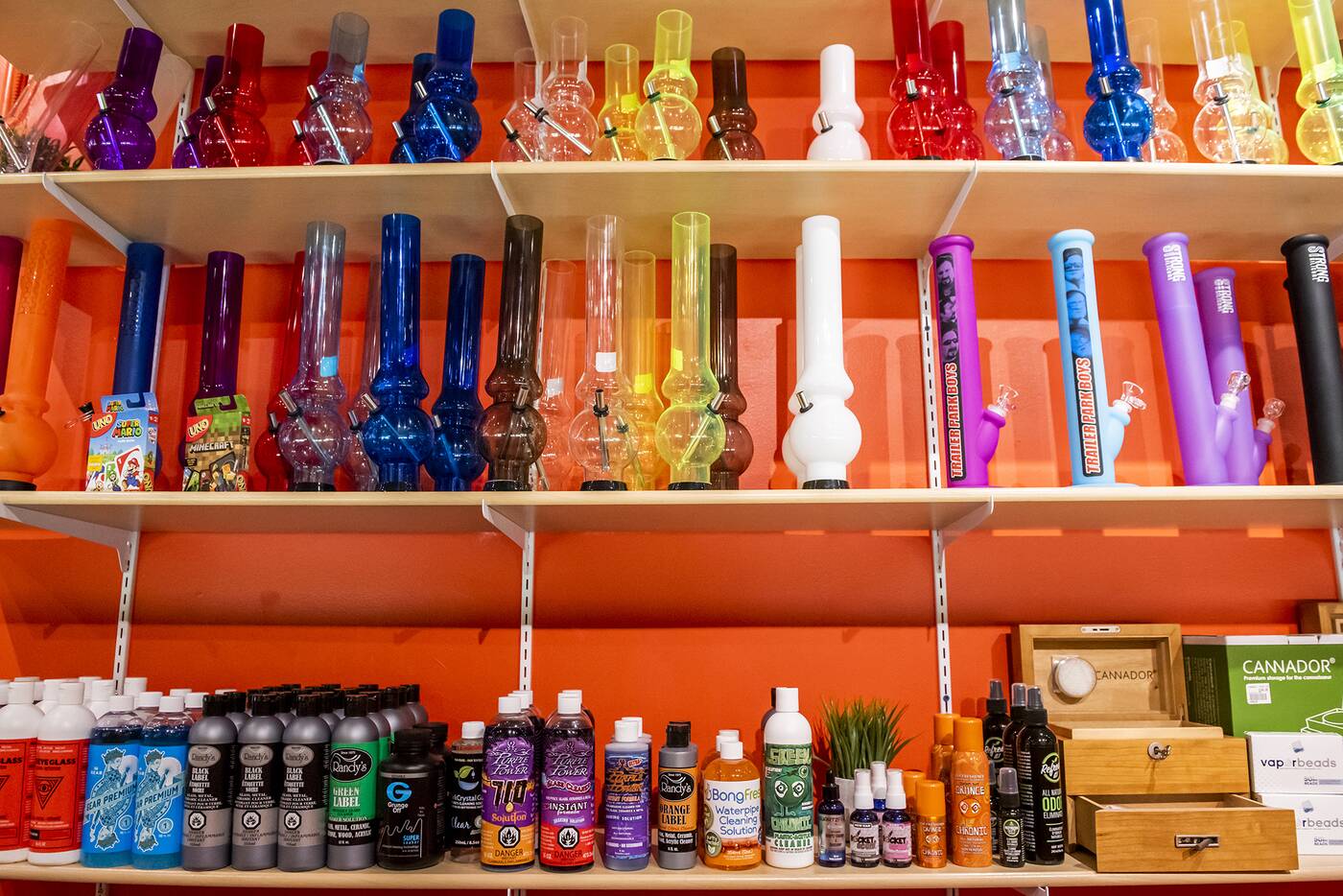 Aside from a fresh coat of paint and less clutter, it's still the store we know and love, say longtime staff who've returned for HotBox 2.0. 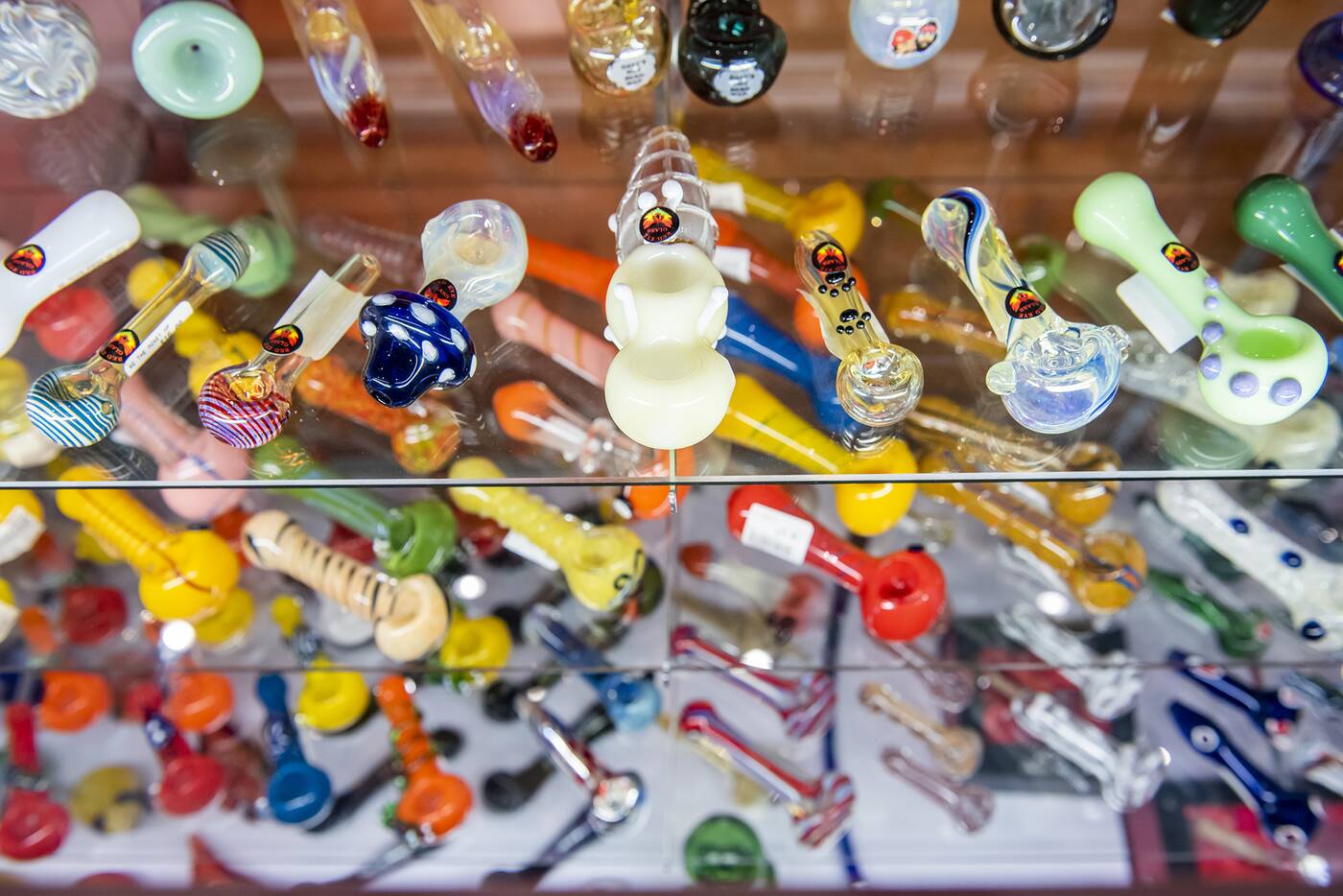 Gain access to the back with the purchase of anything from the shop (could be papers or weed from next door).

There are seats and a pool table, with hopes to one day bring back staple events like Stoner Comedy Nights on Thursdays or Big Spliff Reggae on Fridays. 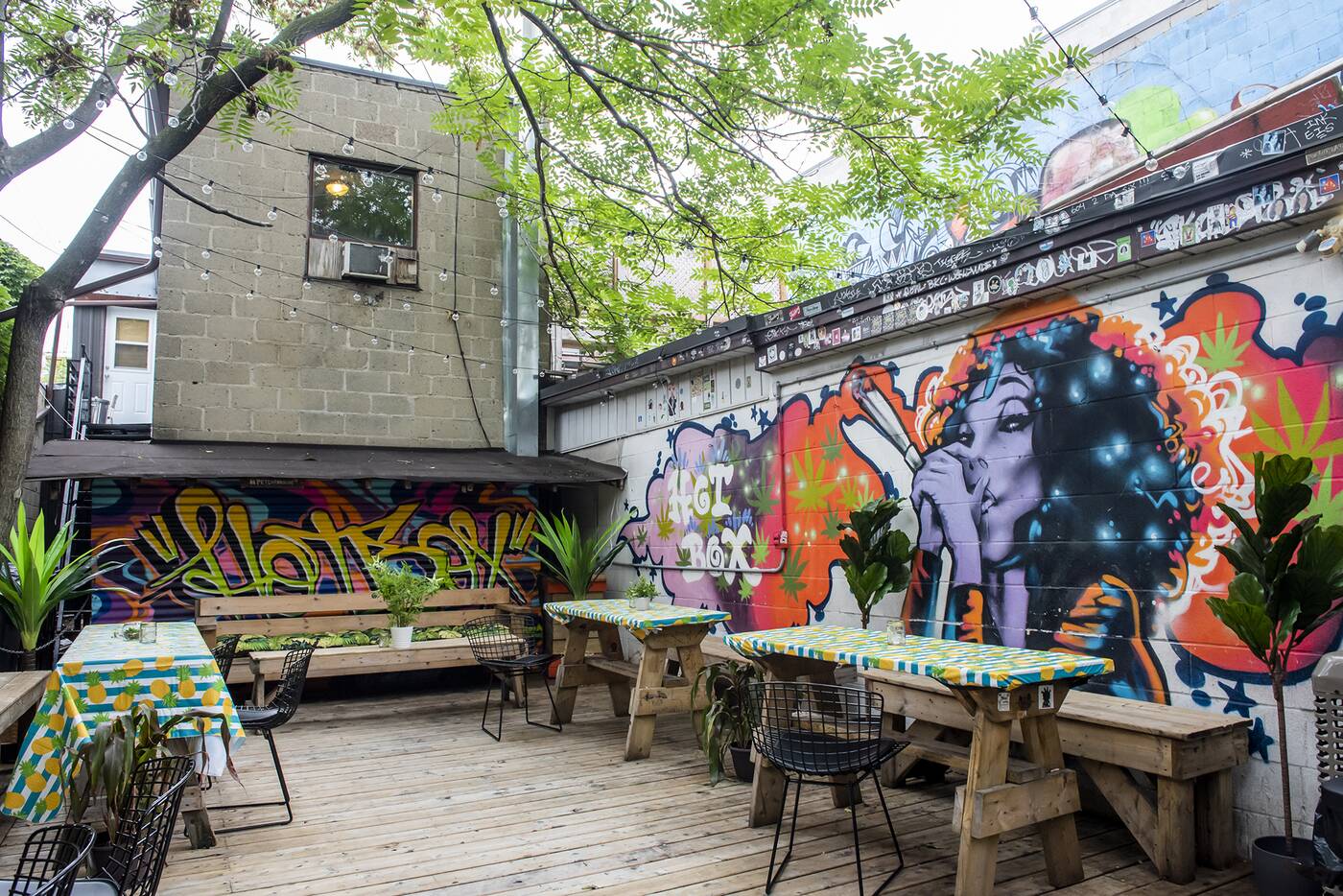 But the magic of HotBox lies in its patio: step outside to a revamped back space where old tagging has been removed. The essential artwork like the Al Runt mural remains. 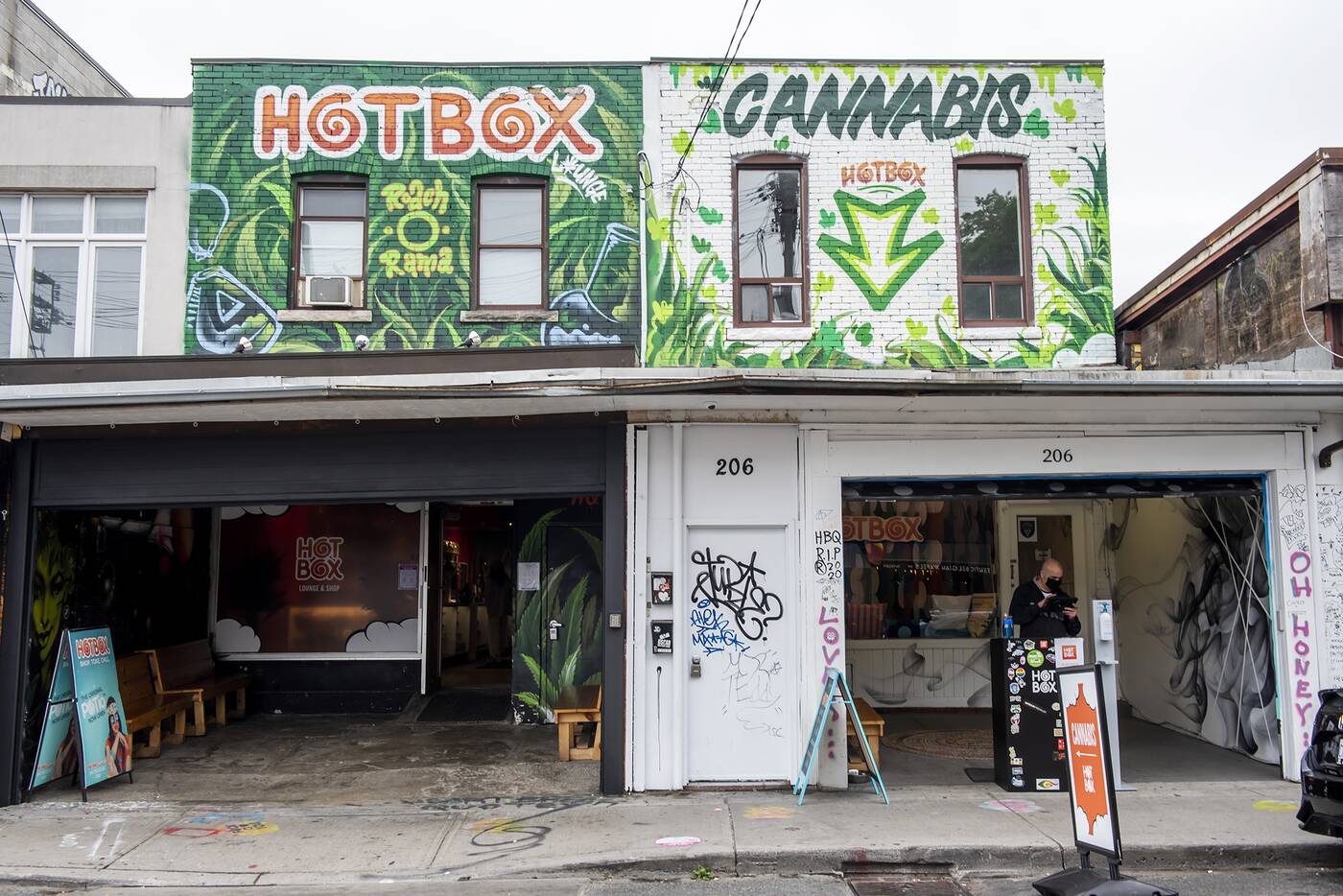