Cosmos Agora is a Greek market-meets-hot counter, where olive oil and tubs of feta cheese are sold alongside hearty meals, made fresh daily.

Sitting in a Wexford plaza, there's a decades-old institution-feel to the shop, but in reality, Cosmos has only been around since 2018. 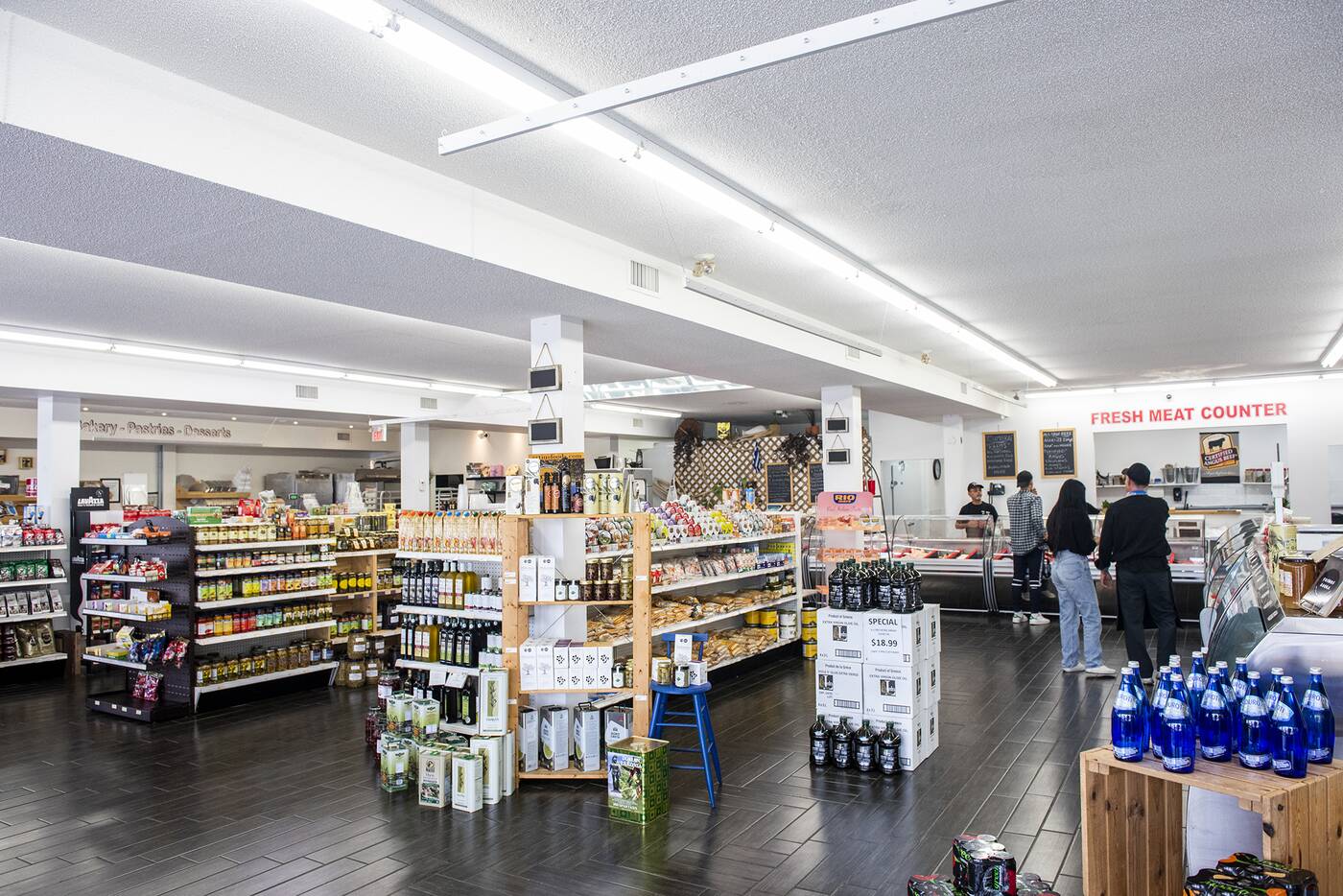 Bill Stamatopoulos, who co-owns the operation with seasoned business owner John Manikis, has extensive grocery experience under his belt, having ran Pape International Grocery on the Danforth with his late brother for years. 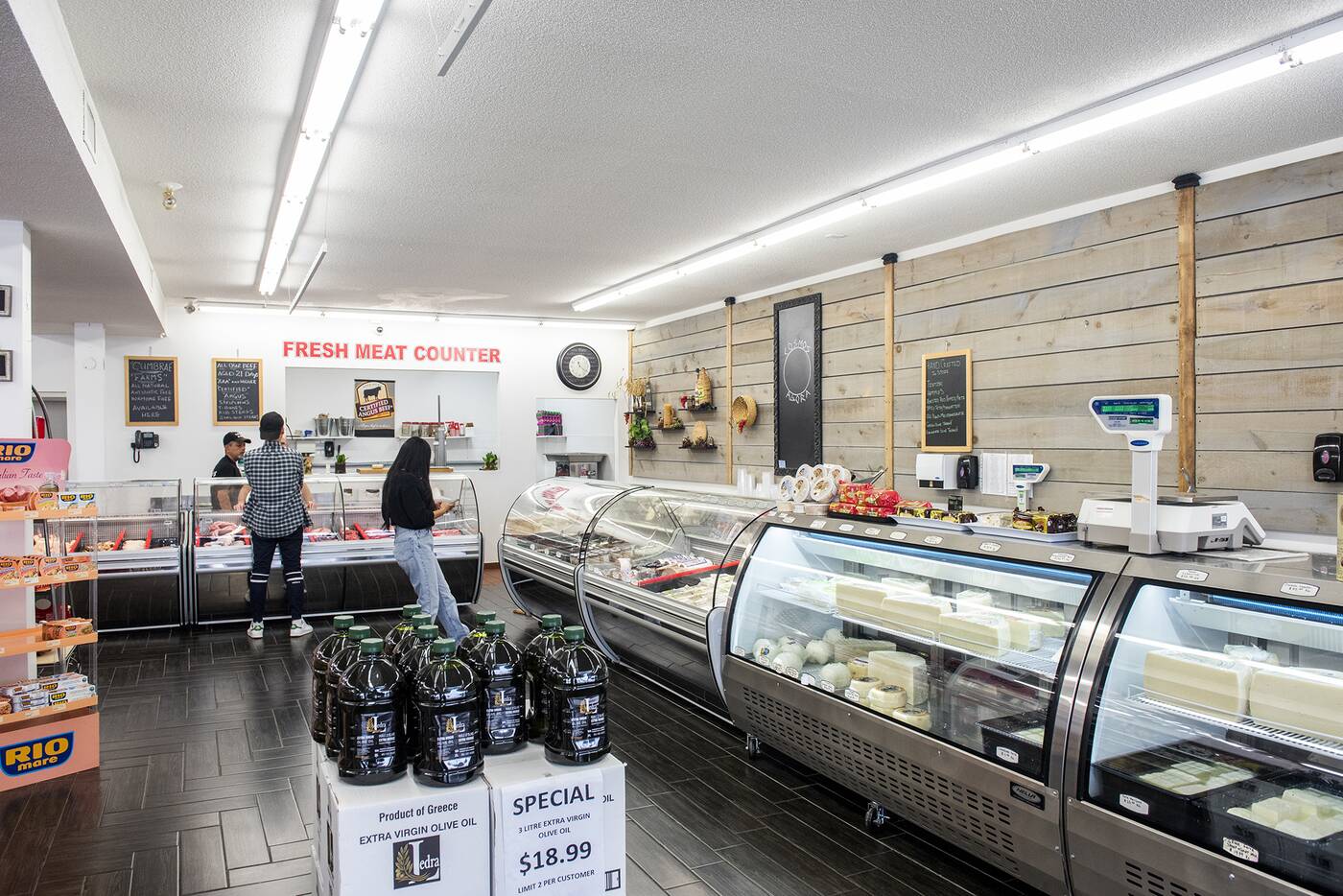 When the Middle Eastern shop NASR Foods closed down, Stamatopoulous and Manikis took over the 4,000-square-foot space and transformed it into an emporium for olives and feta cheese direct from Greece. 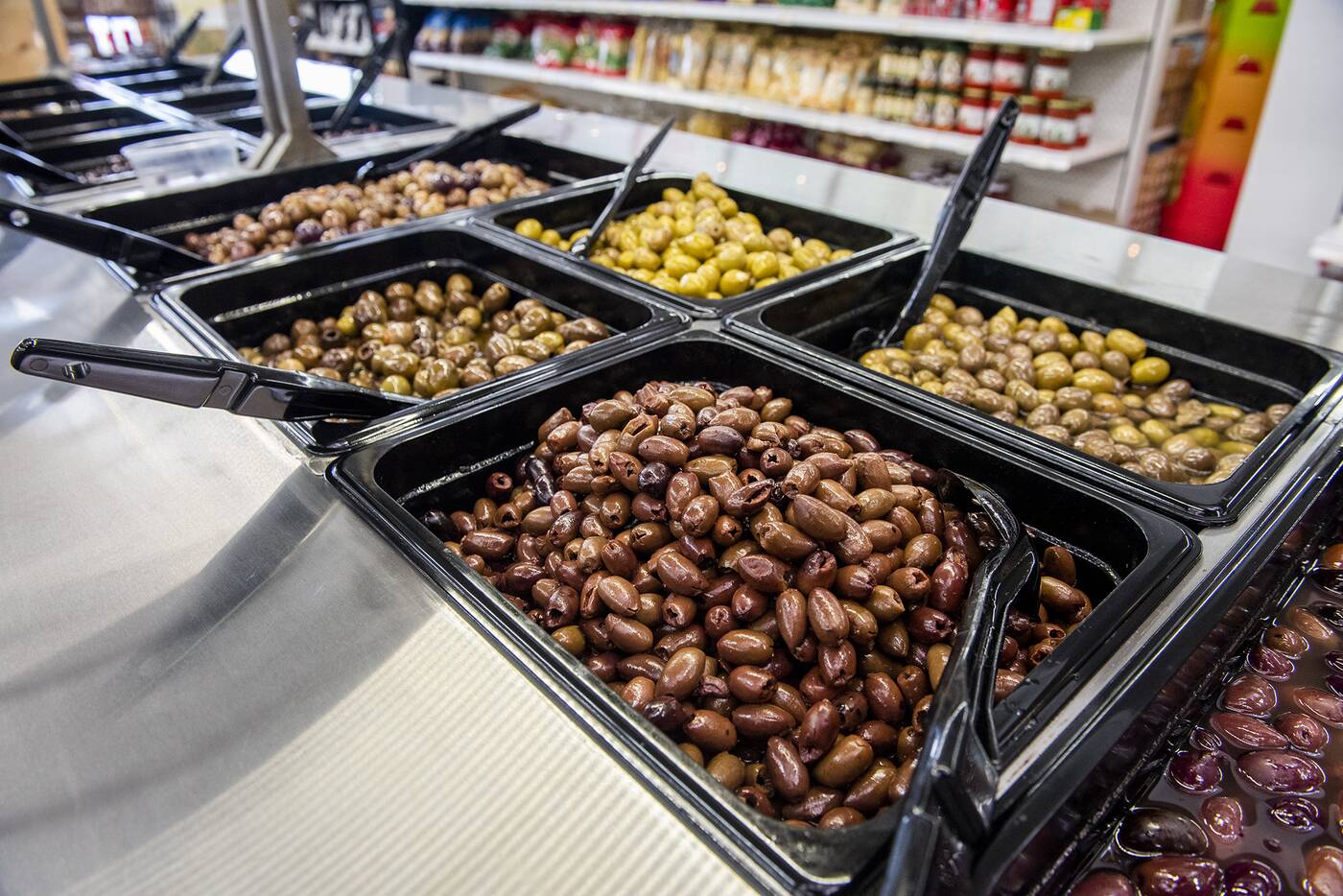 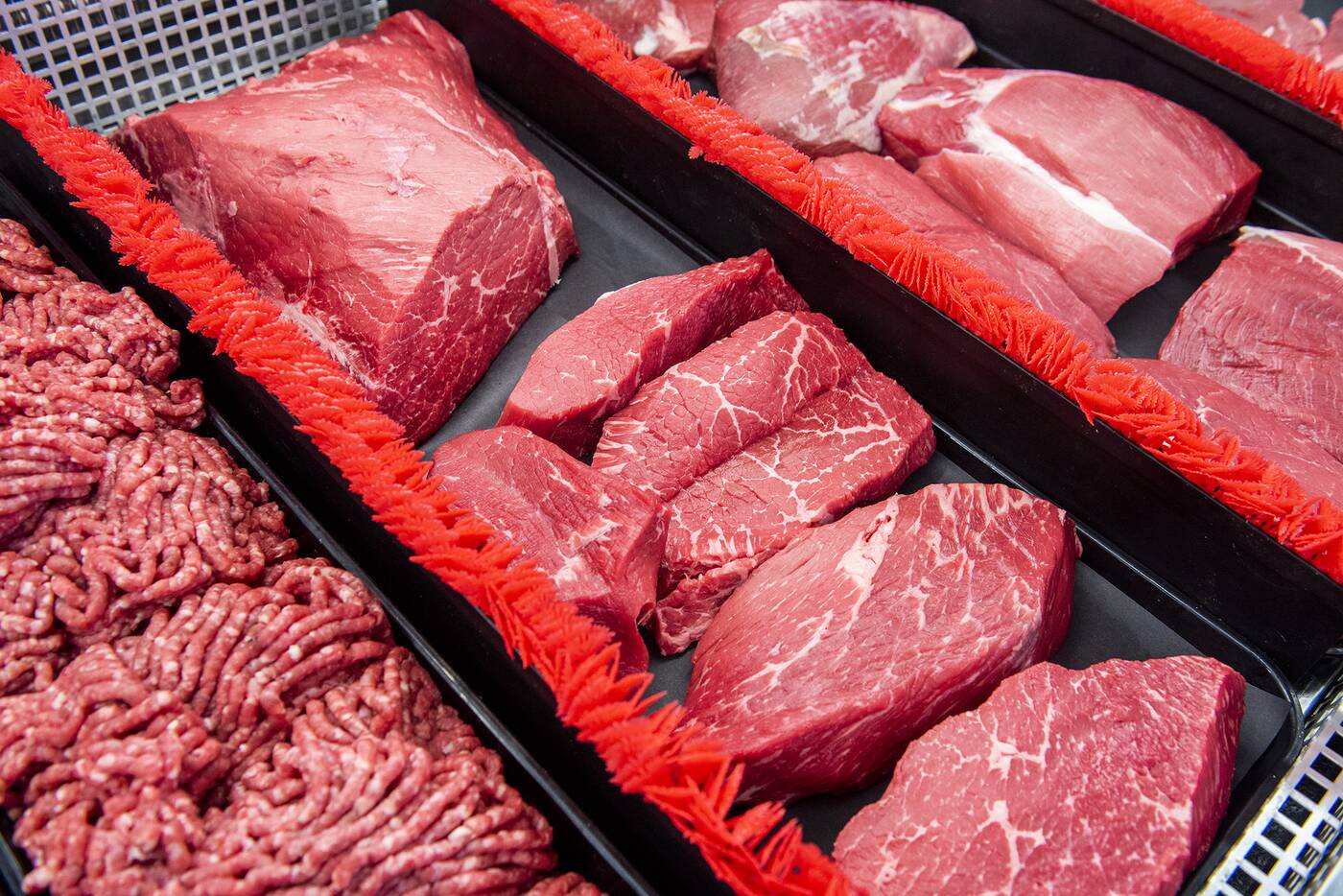 In the back is the butcher's counter, where you can buy chicken and specialty beef from Cumbrae Farms, pork loin chops, and sausages. Souvlaki on sticks are always available. 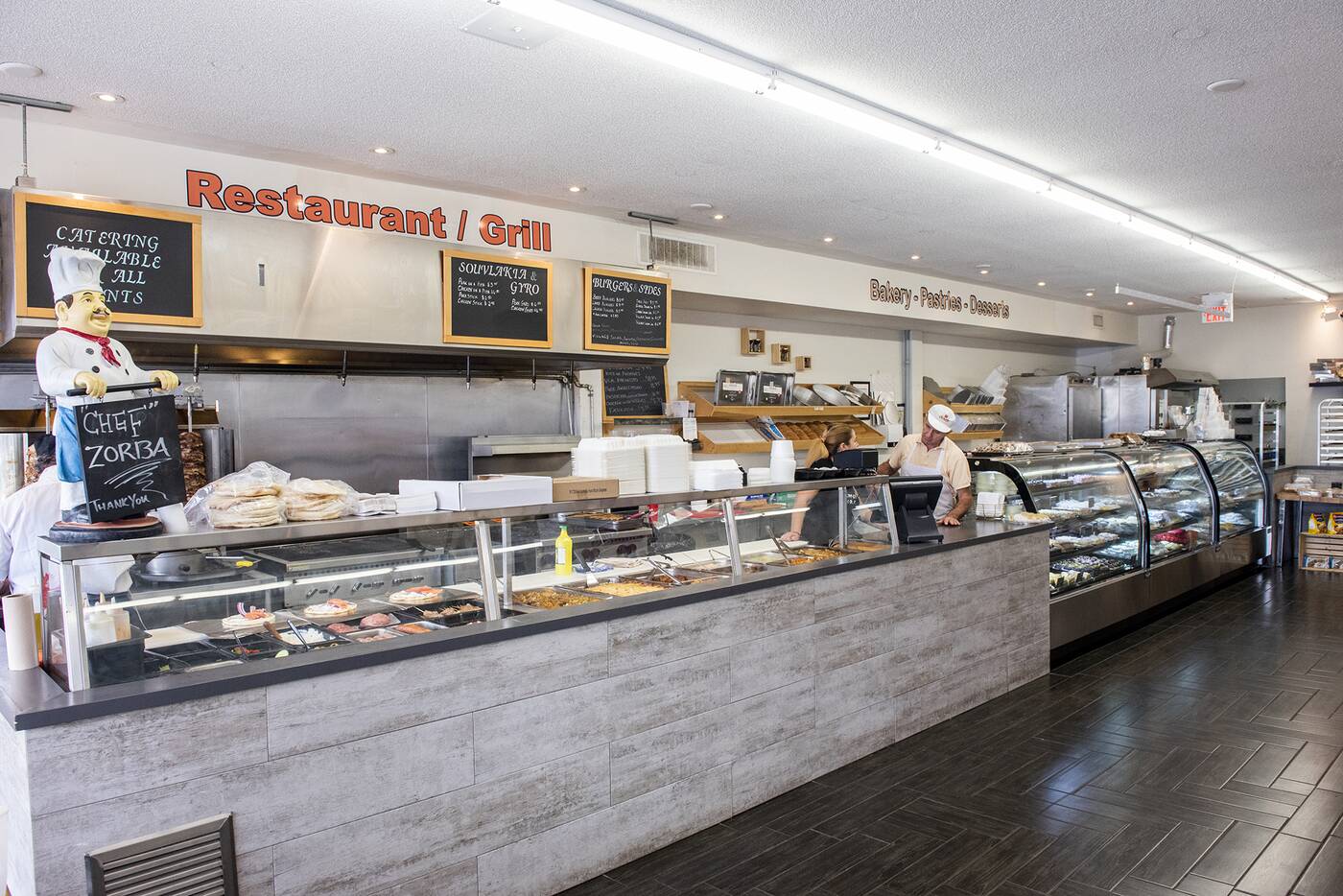 What's interesting about Cosmos is that you can buy your meat of choice and have it cooked right away, if you want.

Bring your meat to the hot counter, and Chef Kostas (of Danforth's now-closed institution Zorba Restaurant) will cook it up for you on the spot. 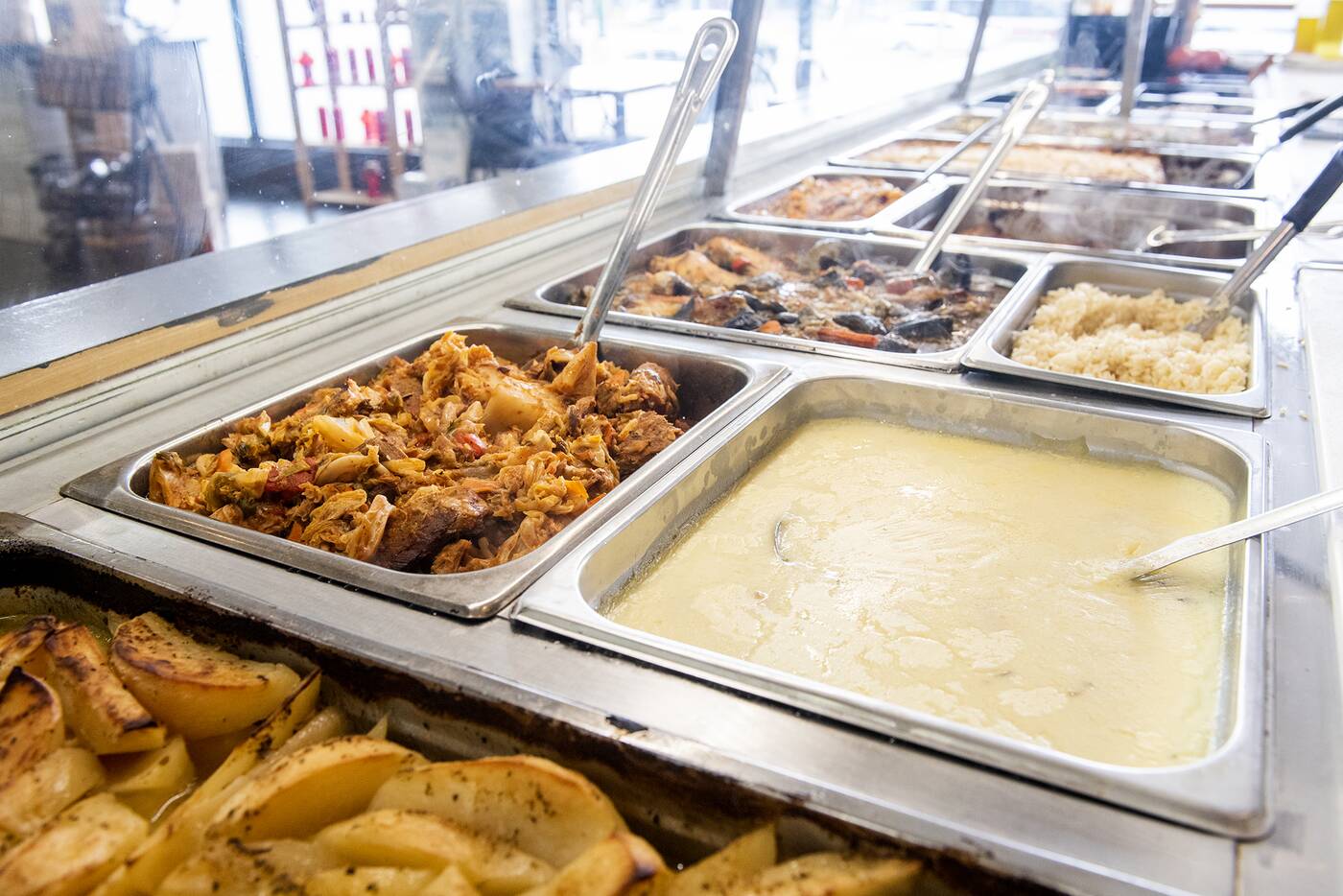 Not to be missed is the exemplary moussaka ($9.95 with rice or potatoes). 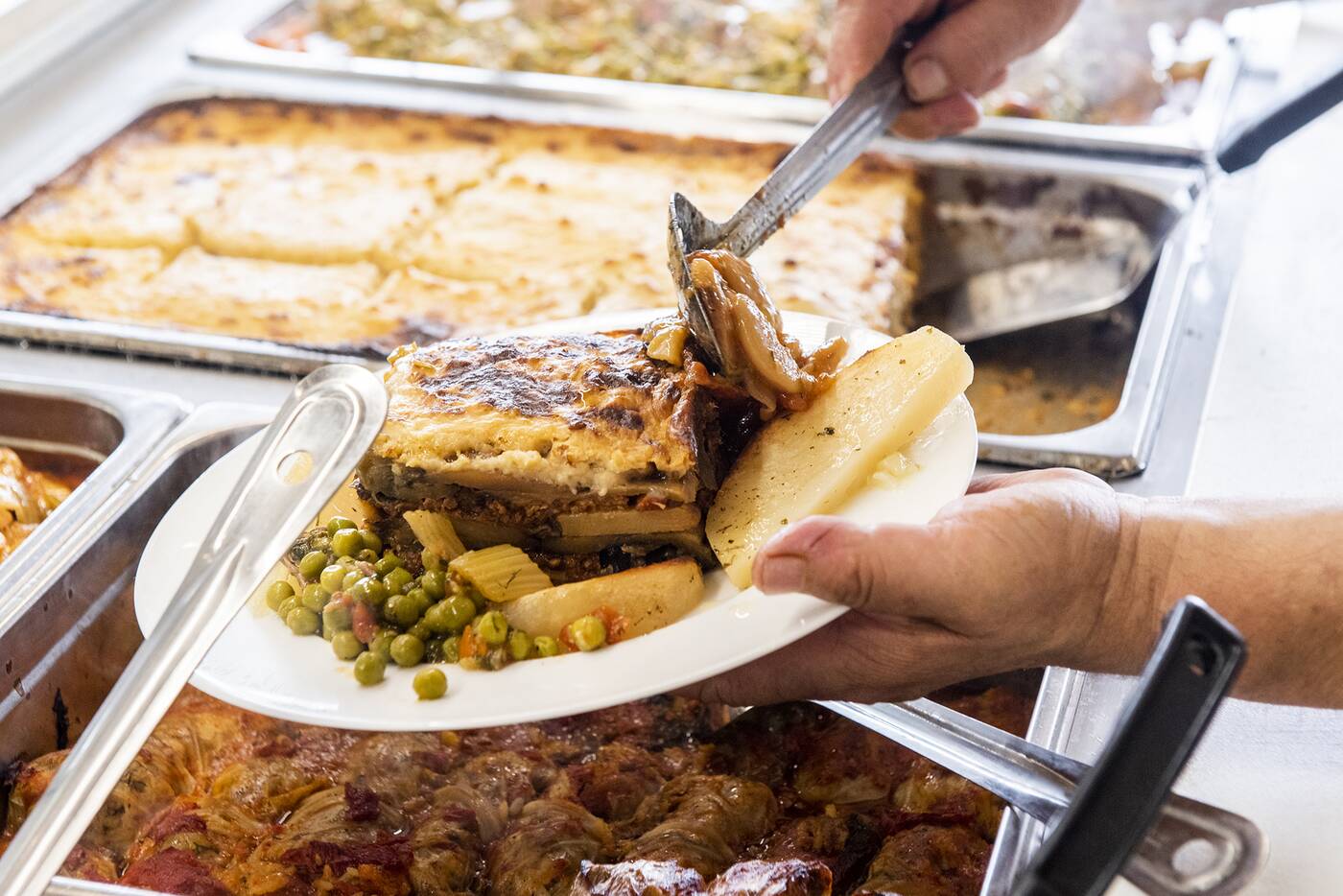 Layers of eggplant, potato, and bechamel sauce are the basis of this homey recipe, with ground meat from their own butcher counter.

Occasionally you'll find the pastichio ($8.95) instead, which is very similar to the moussaka but made with layers of pasta instead. 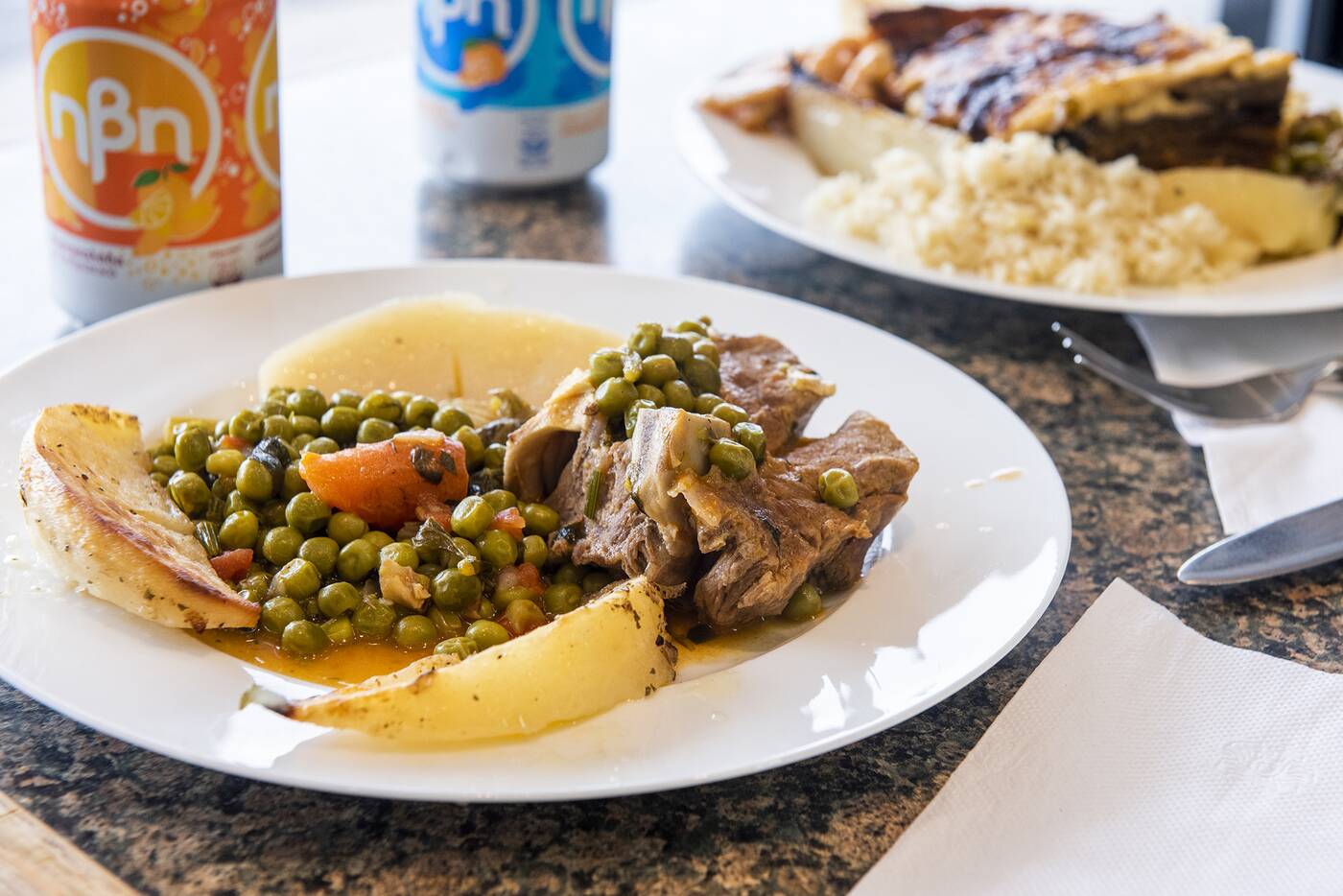 Equally delicious is the veal kokinisto ($8.95), a simple-yet-comforting dill-filled stew with potatoes, peas, and carrots. 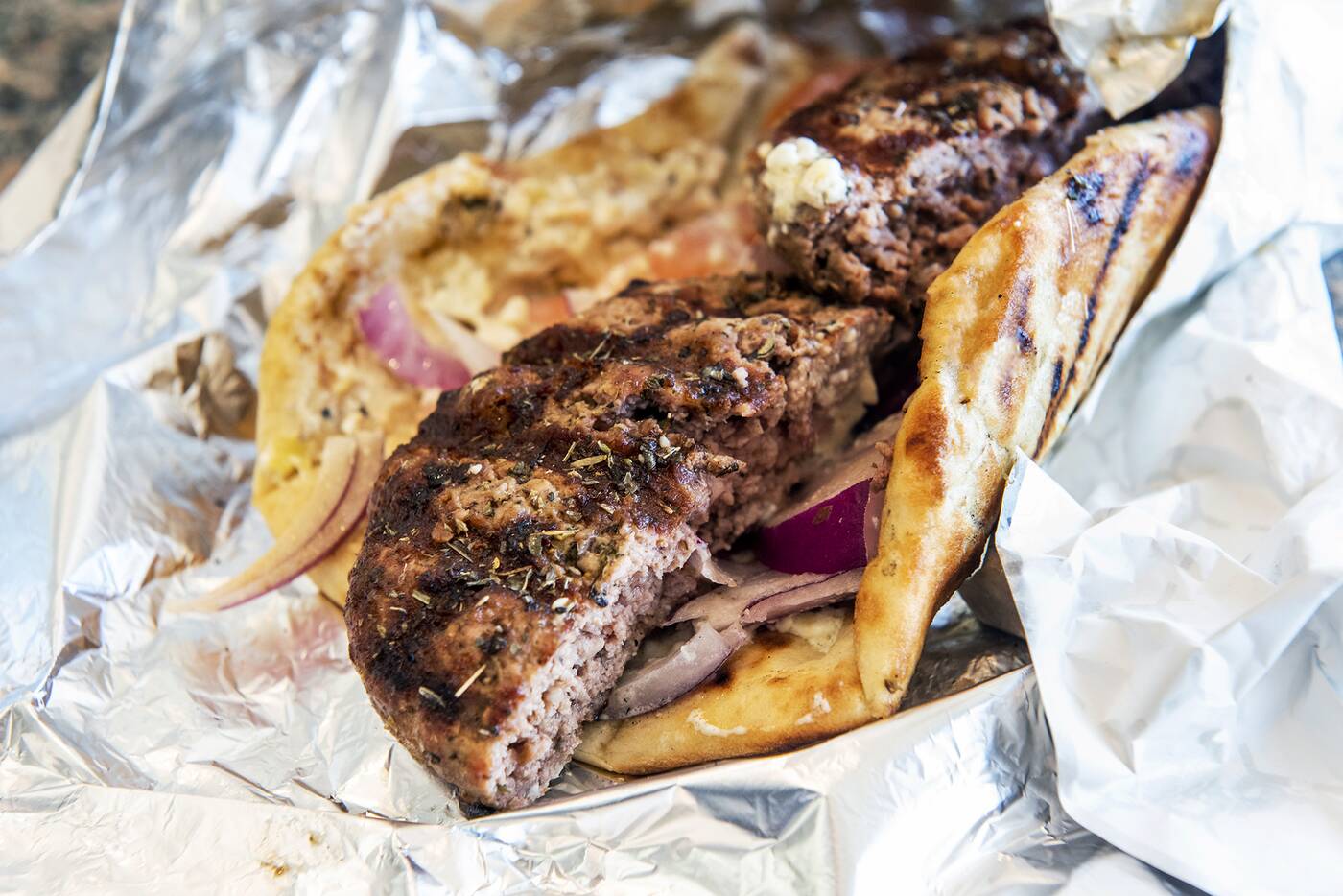 The beef burger in a pita wrap is unreal, and at $5.95, is an absolute steal. The juicy patty mixture is made in-house and lightly spiced with simple salt and pepper, with its charred exterior bringing all the flavours to life.

Pita burgers may trump regular buns when they're done this well. The lamb version ($7.95) is equally good, with some cumin to spice up the patty. 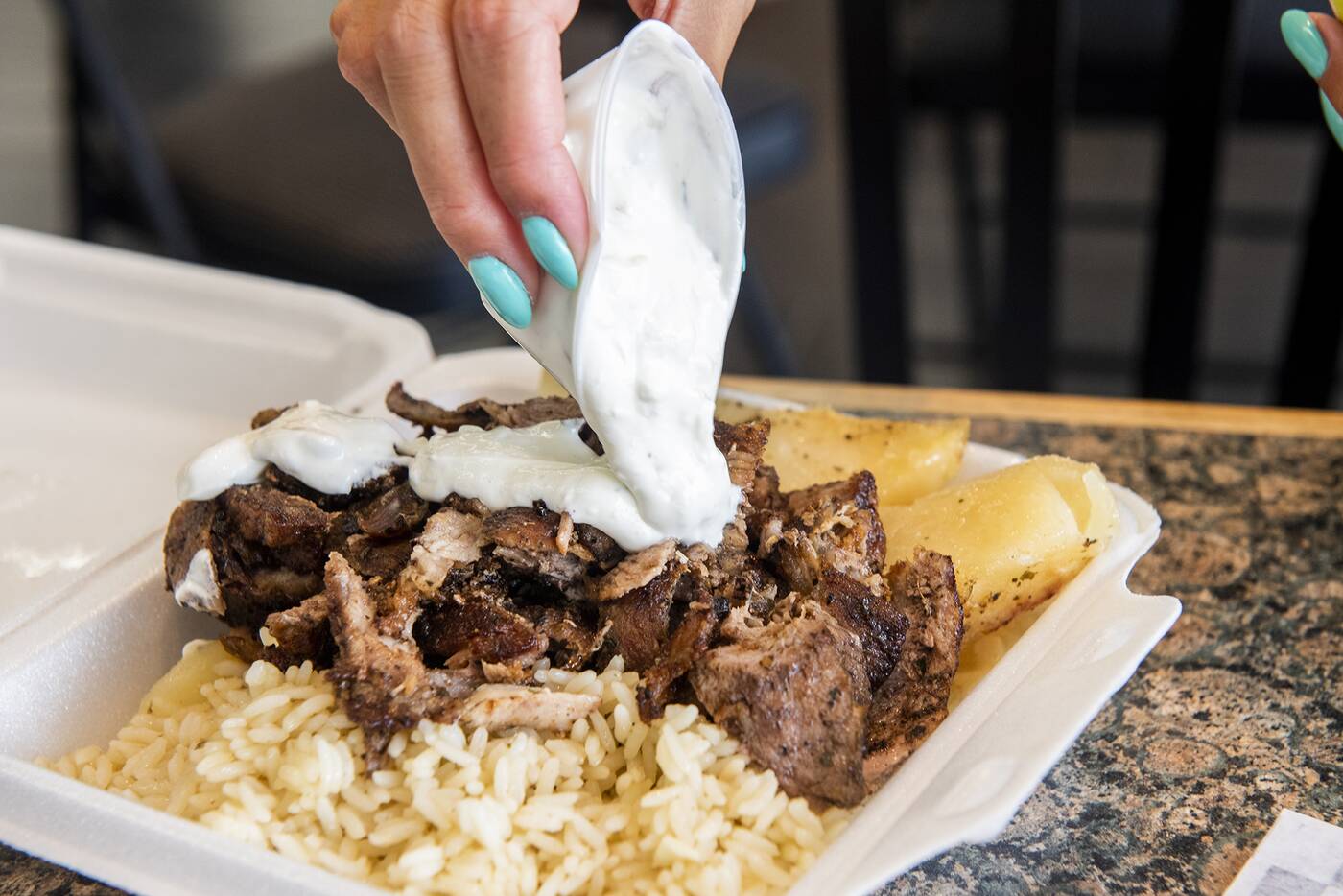 The pork gyro on rice and potatoes is juicy and filling, especially with a side of that housemade tzatziki, which you can buy in containers. 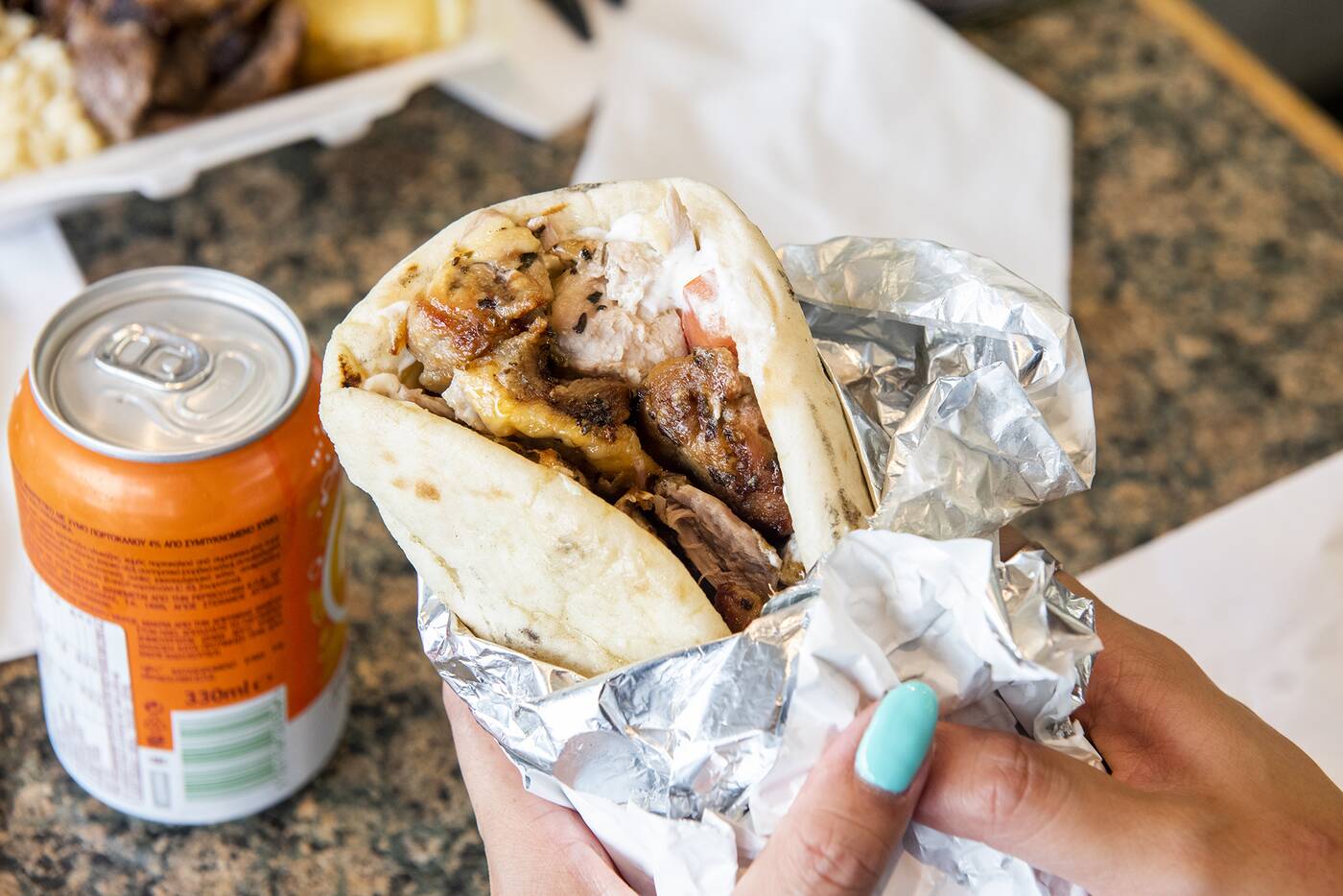 A chicken gyro ($6.95) is a hulking wrap on delicious bread. 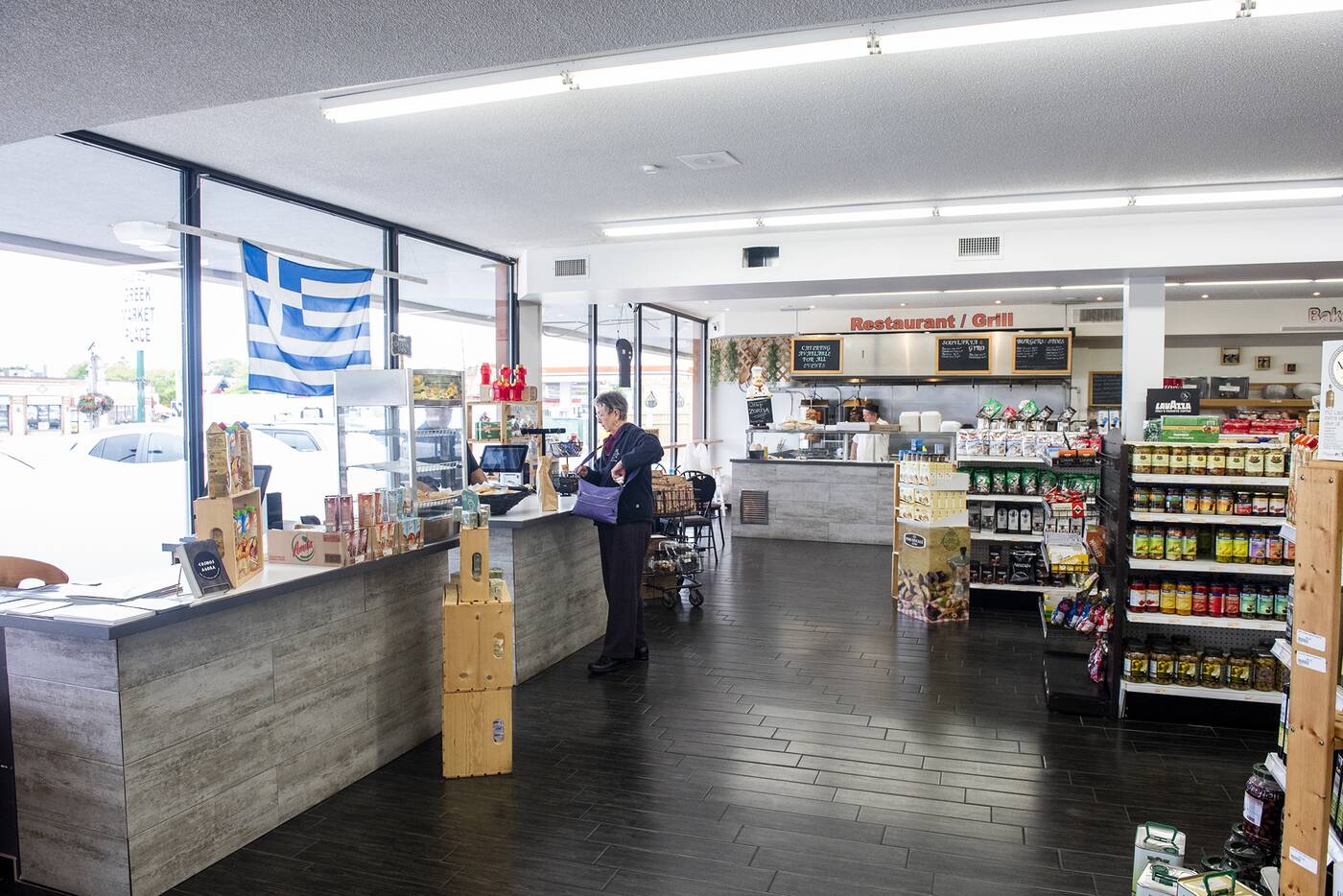 As if that wasn't enough, Cosmos also has an entire dessert section, and makes all its pastries in-house, including some delectable galaktoboureko, a syrup-drenched, custard-filled snack. 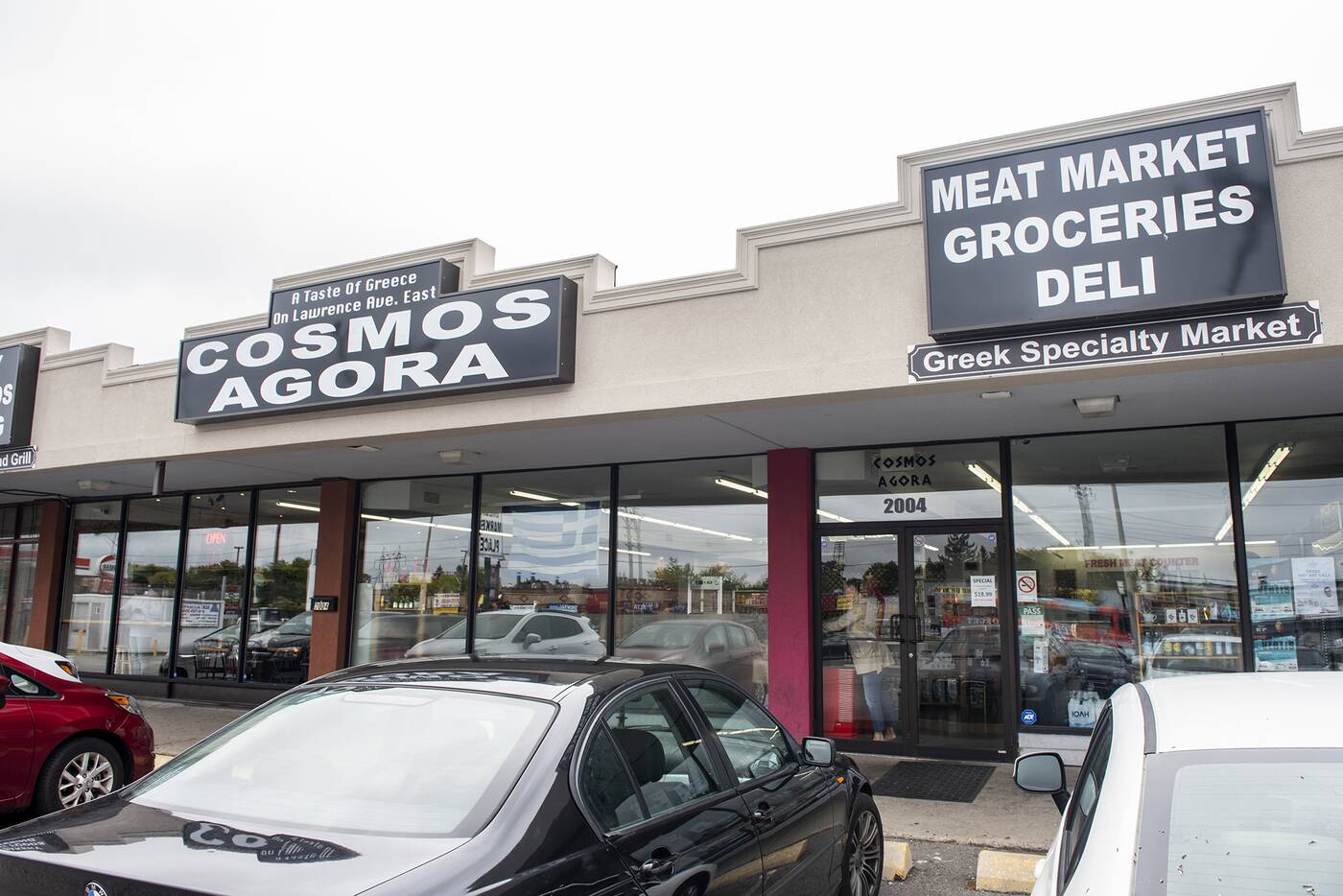