Plenty of shops dotting the Toronto landscape are at the ready with rotating spits and deep fryers to shave off meat for shawarmas or crisp up falafel balls. As an easy and tasty introduction to Middle Eastern food, it is no wonder that these outlets are spread about the city. But with no downtown neighbourhood to call their own, venturing out to Scarborough is the only way to get the full spectrum of Middle Eastern delights.

With a focus on Middle Eastern groceries, NASR Foods is an ethnic food mecca. Small selections of South Asian, European and North American items are scattered throughout the store and beautiful exotic produce fill the aisles. I'll often find myself spending a lot of time in the store discovering new foods and interesting products that have me coming back for more. 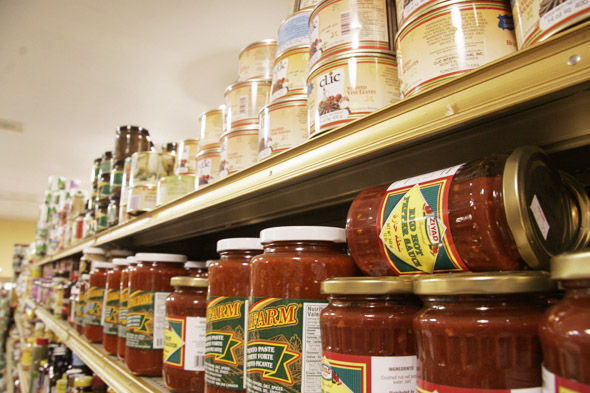 The most impressive area of the store is their selection of cured olives and pickled foods. The varieties seem endless and the fresh dolmas are a fantastic snack. If you fear that you won't be digging into the pickled goods anytime soon, an even greater multitude of canned and jarred versions line the shelves. In the same deli area you will also find some pungent cured meats and pulled cheeses soaking in water. Basterma is an experience. The Armenian cured beef is so soft in texture and strong in flavour that I would recommend a large loaf of bread to go with it. 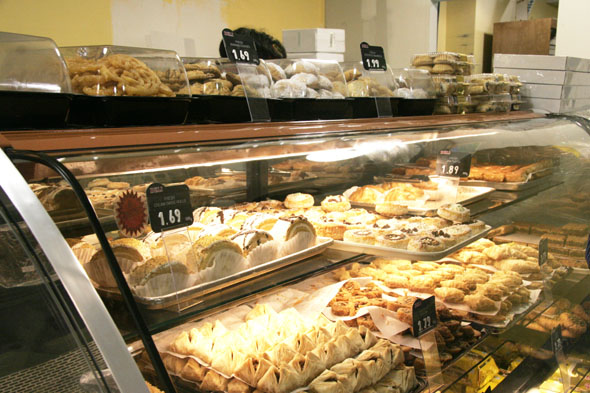 Some might get distracted by the amazing display of phyllo desserts but I urge you to look just above at the Iranian sweets. Assorted shapes of fried dough soaked in a honey syrup concoction may remind you of similar dishes from other cultures, but the bamieh is my favourite. The small ovular pastries have flecks of saffron (not an ingredient in all versions) and are injected with the sickly sweet syrup to infuse from the inside out. They still maintain a slightly crisp exterior and only a couple pieces will satiate any cravings. 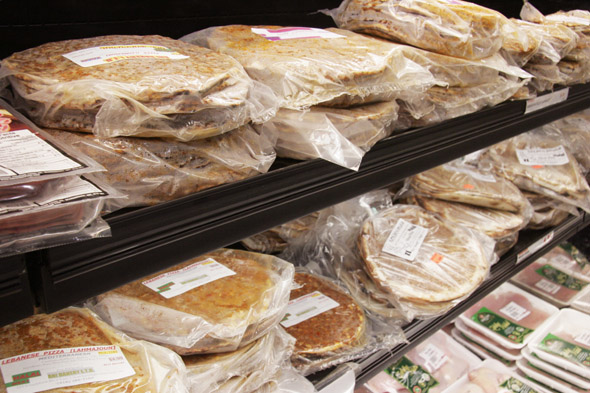 Lahmacun can be found pre-made in the refridgerated section for cooking at home. Fans of thin crust pizza will inevitably fall for this Middle Eastern dish also known as a Turkish or Armenian pizza. A nearly cracker like crust bubbles up in the oven and a thin but dense layer of pre-cooked minced meat and spice cover the top. Although delicious, they're not as substantial as they look and packing away a couple isn't unheard of.

Down it all with something from their large selection of non-alcoholic beer beverages. Viewing them just as another type of soda, their sweetness is balanced out with a mild maltiness and can be very refreshing. With flavours like peach and pineapple in the mix, you also can't go wrong.

It may be a trek, but NASR Foods is well worth the distance for delicious and generally cheap Middle Eastern discoveries.