Weird Things is currently open but their offerings and services may be affected due to the pandemic. Please contact the business directly for more information about any changes. Is this your business? Please contact us if you would like to update this message.

Weird Things Antique Shop & Clubhouse is tucked away on a less frequently traveled stretch of Bathurst just south of Dupont. The gallery slash oddities shop slash anything-goes venue launched in summer 2013, and has been putting on a new exhibit about once per month ever since - pretty significant for a space run and funded by one artist (plus any friends who are able to lend a hand). 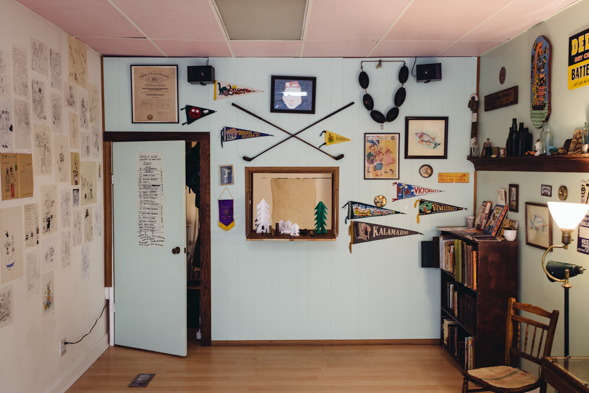 Gallery owner Jonathan Peterson is a Victoria transplant who's lived in Toronto for about five years. He's eager to show visitors both the outsider cartoon / comic art show on the south wall and the antiques on the north wall, which he's picked up while exploring or through trades. He won't take your run of the mill vintage items like sweaters and silverware though - Peterson is hunting for "weird things." 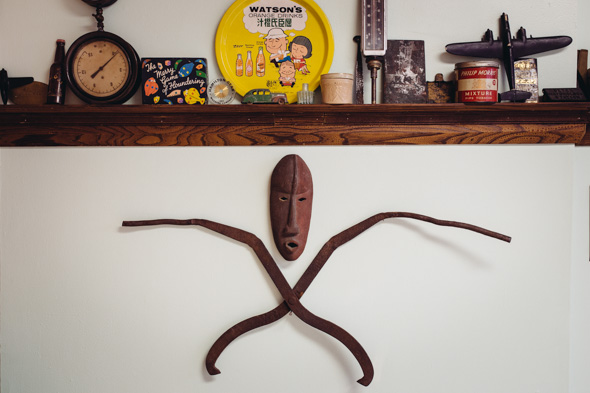 Some of the wares for show and sale when I stopped in included an iron mask, a huge selection of worn glass bottles, toys, banners, $3 brass bits, pin the tail on the donkey sets, and old National Geographics. There's a special shelf for a zine library which currently only includes a few titles, mostly DIY comics. Peterson says he's eager to expand his selection of local and indie zines and comics soon. 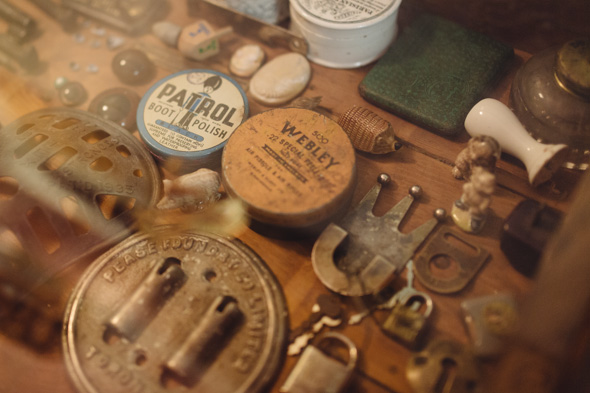 At Weird Things, objects and art are appreciated as each other - the oddball comics on one wall and the random items on the other are to be viewed as similar conduits for wonder - no explanation necessary. Instead of an artist statement on the wall there's a handwritten poster (which bleeds into another sheet of paper) bearing a key to which artist participated in which drawing. Prices for the art are mostly in the $100 or less range. 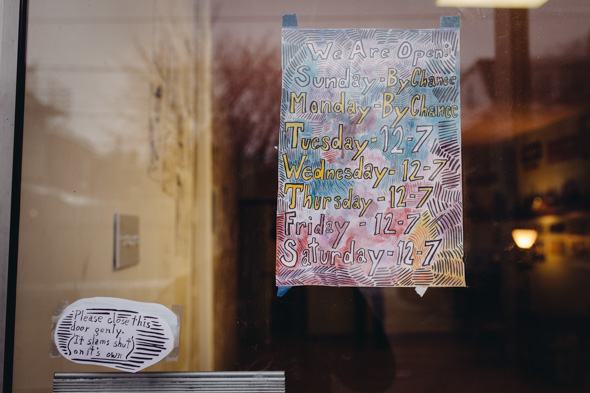 The aim for the space is something more calm, homey, and accessible than a traditional art gallery. Peterson works in his studio at back during regular hours, and hopes the space will function as a clubhouse for local artists and appreciators of all things strange. He'll show any kind of art (not just comics) - so long as it's, you got it, weird and interesting. While there's a degree of curation going on with the antiques and shows, you won't find that art world buzzword here. 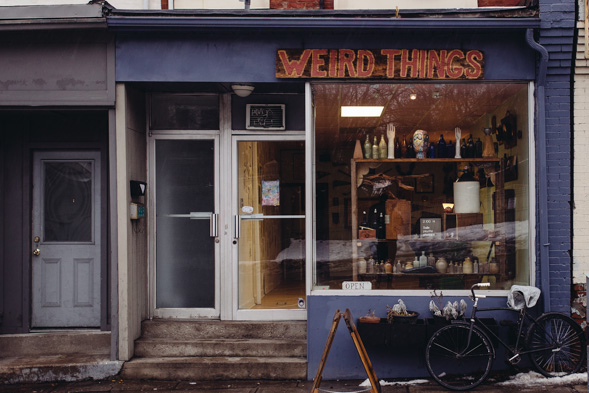 So far the relatively small room has hosted five art openings and exhibits plus book launches, low key music performances, game nights, and even a Christmas play. Peterson says neighbourhood reaction from the sleepy corner has been better than he ever expected, and he's been enjoying the "incidental people" who stumble upon the space and enjoy the atmosphere. It's a charming spot, and a welcome new open minded space for the city.