When I first discovered Walnut Studios, I never expected it to be so hidden. Following the pungent smell of cow manure around the bend from The Old York bar & grill , I found it. Walnut Studios, is an art studio but it feels like a gallery. More than 42 artists carve their own space with their paintings, either hung on the wall or scattered on the floor. The space also works for the jewelery makers, photographers and film makers who use the studio as their creative playground. 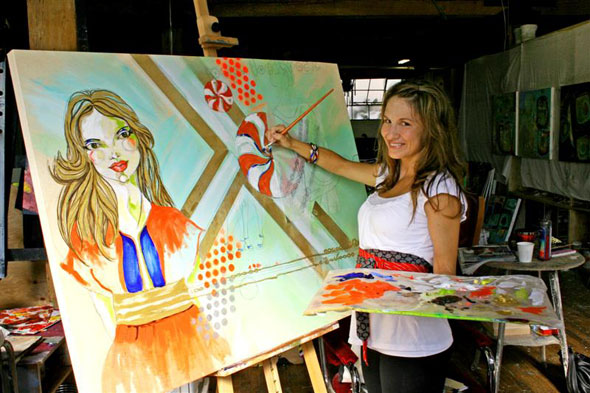 Wandering into the studio feels like hanging out in the ultimate artist rec-room, which features an outside deck and a kitchen for artists to socialize with one another. Gregory Serpanchy, an artist who approached contractor Jason Martins with the idea of renovating the derelict warehouse tells me that "there are artists of every walk of life with different styles and at different stages in their career. The studio enables longevity and a chance for the public to catch a glimpse of the artist and their work in progress." Of course, when I interviewed some of the artists in their second home, a few stragglers curiously stumbled upon the studio asking for a tour. 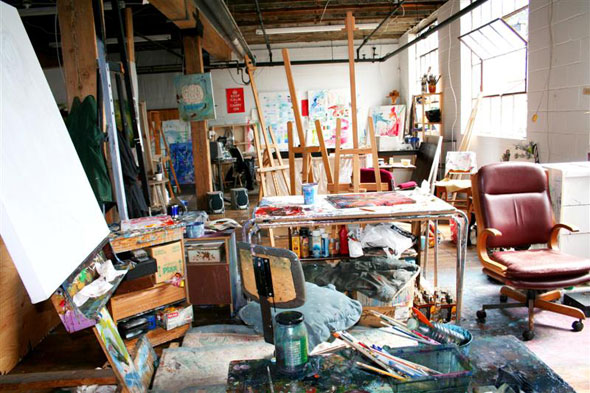 Walnut Studio's lack of pretense is exactly what makes it so alluring. Painter Jeff Tallon notes, "I don't think there's another art area in the city that is willfully as inviting as Walnut Studios." Contrary to its clandestine location, the artists have been able to build a community out of the little studio that could. 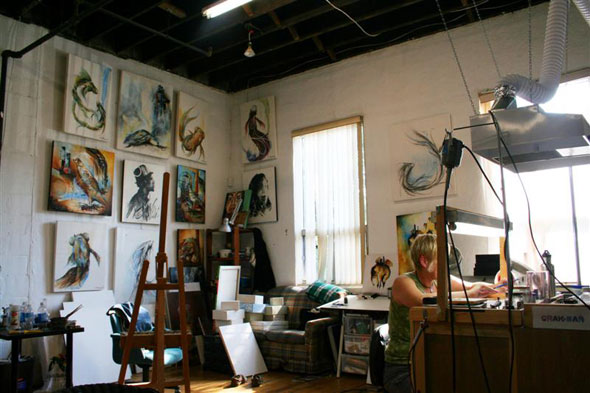 In the spring and winter, the artists organize open houses to introduce their art to the community. Ilene Sova, a contemporary portrait painter is one of the originating artists who habituated the studio. She also teaches a variety of art classes to the public. She says, "People are really glad to have a place for creative expression." Being surrounded by other artists has created a "positive pressure" as well as "immediate feedback" because of the studio's open concept (no pillars or walls). 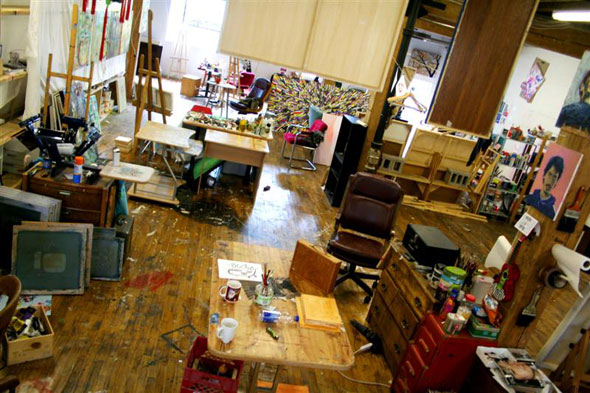 The studio doesn't create a pressure to buy. Yet Jason pointed out to me that "people love buying direct from the artist. The studio caters to those who can buy authentic pieces." Beckie Dileo, an art teacher and fine artist, acknowledges how the studio has improved her business. "I can now arrange meetings with potential buyers, which have been influenced by networking with other artists. Everyone encourages creative feedback and support."

Walnut Studios helps make art more accessible. The studio also intermingles art and story-telling, dissecting the artist behind the work which you don't see amongst the minimalist surroundings of most art galleries. Documentary film maker, Melinda Francis expressed her wishes for what the studio can be. She told me, "I hope this studio can be an example of community that can happen; to get people out of their boxes - whether it's your condo or office." I believe the studio is an example of inspiration, even if you can't find it at first.

Writing and photos by Natalie Taylor