There's very little in this world more satisfying than coming across a gallery opening on a Thursday night that happens to have an open bar. If I was pushed to come up with an explanation as to why I love the Toronto arts scene, this would be the number one reason. Second on that list would be making fun of all the pretensions that come from this community.

The idea of a Toronto art gallery dedicated to "social, cultural, urban and environmental issues" inspires my eyes to roll on a scale normally reserved for arguments with undergrads and overheard snippets of conversation on the TTC. I've always felt as though exaggerated combinations of art and activism create outcomes on par with the Ghostbusters crossing the streams of their photon packs: absolute disaster, or as it's also known, Hans Haacke .

With this healthy dose of skepticism in tow I visited the Toronto Free Gallery, located at 1277 Bloor St. West, anticipating a large helping of self-righteous pretension and a side order of holier than thou attitude. What I ended up finding was quite the opposite.

It may be difficult for anyone who has ever wandered into a typical Toronto gallery on Queen West, but try imagining a genuinely welcoming place where art is exhibited and non-prescription eye wear doesn't act as a membership card. Such is the Toronto Free Gallery , which founder and executive director Heather Haynes describes as "almost like a neighbourhood drop in centre."

That isn't just a media savvy sound bite spewed on inquiring bloggers. By attempting to reach beyond the standard arts community, Toronto Free Gallery has embraced its own local neighbourhood.

During my brief time at the space, which is currently closed in preparation for its September 11th Graphics of the Black Panther Party opening, neighbourhood locals stopped by to say hello to Haynes and wish her and her daughter well. Without a hint of condescension, Hayes responded to the well-wishers by name, most of whom I would never expect to see at a gallery.

I didn't really think about it at the time, but later it struck me: when was the last time I was in the gallery district and someone said hello to me or didn't make me feel like an interloper in their pristine art space? 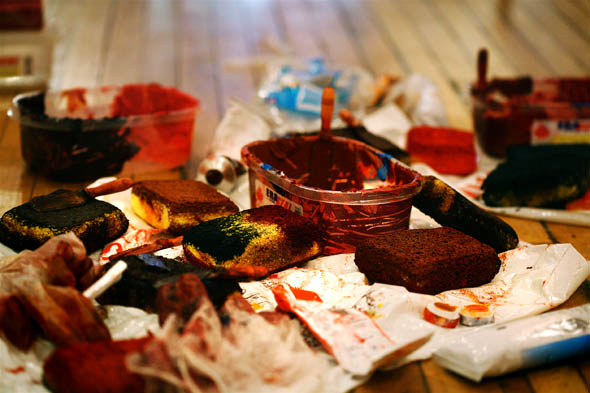 Toronto Free Gallery first opened in September of 2004 with the idea of creating a laboratory-like environment for artists. The location quickly became known for artistic experiments that challenged both audiences and artists. Late last year, Haynes and her faithful assistants Carla Bertin and Aaron Cain moved to their new location at Bloor and Lansdowne.

The building still advertises its previous tenant above the door, but a sign isn't needed to increase the space's welcoming vibe. Hayes intends to use every square inch of the property to maintain the ideals that she opened Toronto Free Gallery with four years ago, including eventually offering low-cost work spaces.

Past exhibitions have ranged from architectural models to avant garde performance pieces. The majority of the shows come from calls for proposals to local artists and anyone else who has something to say. Haynes and co-curator Izida Zorde are currently seeking proposals for a themed exhibition titled Strip Mining For Creative Cities .

As previously mentioned, the gallery reopens on September 11th with an opening reception that should be part neighbourhood block party, part art scenester hipfest, and all anything but your typical gallery opening. 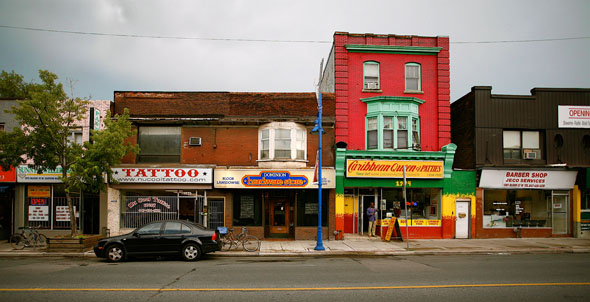 All photos by Miranda McGuire .