Opened in November 2008, The Department is one of the few galleries I've visited that could accurately be described as a multi-purpose space. Sure, lots of gallery owners assure me that their projects are best described as artistic or cultural centers that cater not just to the display of art of various kinds - including hosting musical and literary events - but also to the production of art in the form of on-site studios. The reality, however, is that the majority of galleries are really only equipped to display visual art. That's not necessarily a bad thing, but it can be when the strengths and limitations of the space aren't taken into account when planning events and exhibitions.

I doubt such a problem will face Zach Kellum and Johanna Reynolds, co-founders of The Department. Unlike most galleries, which occupy the first level of a given building, this particular project is actually spread across four floors (including the basement). Although not all of these floors are devoted to exhibition and event space, the incorporation of on-site studios and a rehearsal/recording space for musicians stays true to Kellum's goal of creating "a cultural institution that regularly attracts artists and creative people to Dundas West ." 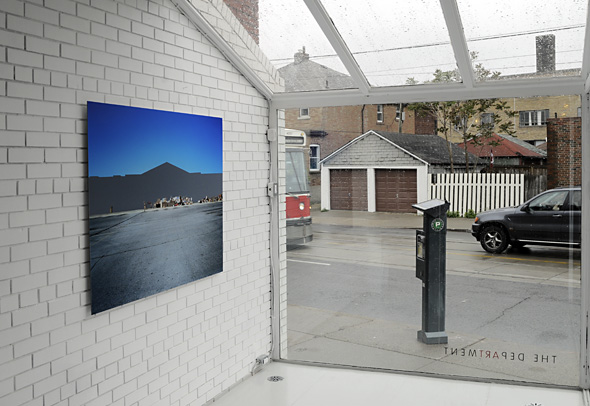 Such compartmentalization of the different departments (excuse the pun) means that the clean and whitewashed exhibition space is well suited to perform its specific function. Although not quite as polished as Alison Smith Gallery across the street, Kellum and Reynolds have managed to create an environment that allows the art to shine, as is clearly evidenced by the large format photographic prints by Susan Dobson on exhibition at the time of my visit.

But along with the creative domains, perhaps the chief defining characteristic of The Department is that it's also the home of Kellum's primary business venture, a cultural marketing agency that goes by the same name. Indeed, to a certain extent, it's this company that makes the rest of it all possible. Having worked as a marketer whose modus operandi was to join the artistic community with commercial parties, Kellum's thought in expanding his business was to lead by example. If, as his reasoning goes, the arts are a good place to invest, then it would only make sense to get involved in the scene on the ground level. What better way to do so then by operating a gallery space? 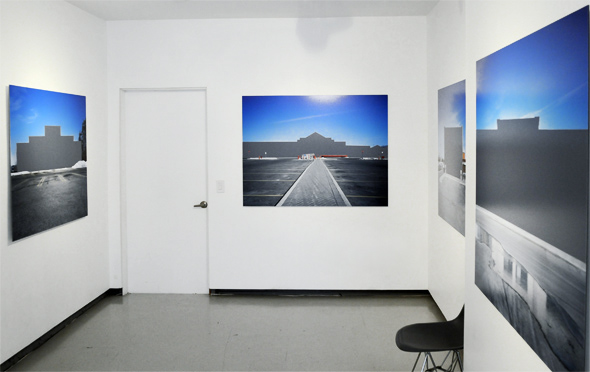 I have to admit, this is the first time that I've heard of such an intimate relationship between a marketing business and a gallery space, but the truth is that the set up just makes sense. Half of what a gallery does is market its artists and shows, so citing some conflict of interest between the two endeavors doesn't really make sense. And, critically, the revenue generated by the corporate side helps to keep the gallery viable. I'm also pretty sure that this corporate aspect was key in enabling Kellum and Reynolds to buy the building in which the gallery and other artistic outlets are housed, meaning it also allows for the multifaceted approach taken at The Department.

So far things look pretty good here. The rehearsal space has been used by a number of local musicians and bands - including the likes of Hayden , Cuff the Duke and The Disraelis - and all the artist studios are occupied. Perhaps even more importantly, the exhibition space has been in full use, showing a number of photographic and other contemporary art exhibits.

Although he couldn't get into specifics, Kellum also told me that some gastronomic events are currently in the works. When I think of galleries and food, I have scary memories of mini-sandwiches that have been sitting out for too long. But again, upon further thought, it makes sense to give the gastronomic arts some gallery representation. Certain culinary creations could easily be termed art, and it seems to me that The Department would be a good place to challenge some of the boundaries that traditionally separate art from so-called non-art. After all, Kellum likes to think of his space as more of a cultural center than a gallery, so having a diverse mix of events and exhibits just fits the bill. 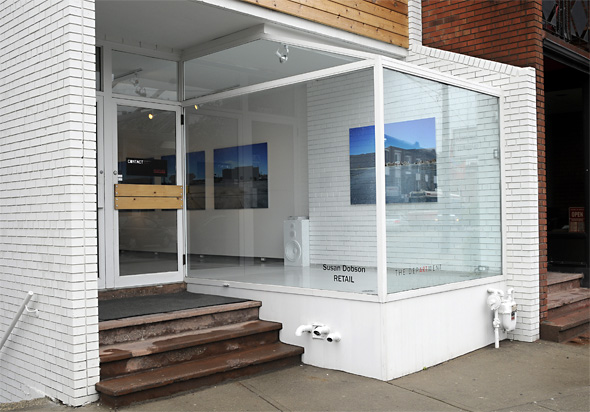 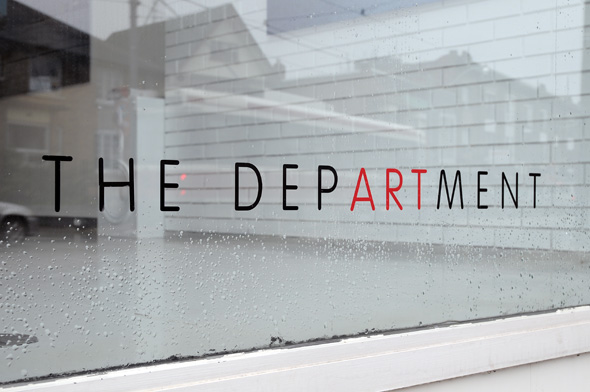