In preparing to write this profile of Show & Tell Gallery, I stopped by the gallery's blog to see if there was any additional information that I might glean. You know, I'm glad that I did. I found a post there that really struck a chord with me. It's an excerpt from Robert Williams' book, Pop Surrealism: The Rise of Underground Art , in which he takes to the task of defining the art movement of which he's a part. It's a little long, but well worth it:

The question was: "How do you inform an extremely well-versed and perceptive art historian that, despite her extensive academic background, unbeknownst to her, lying coiled like a cobra at her feet is one of the most aggressive, vital, and overlooked art movements since Pop Art? How do you simply paraphrase fifty years of undocumented art evolution into a concise explainable statement, while keeping a straight face, to an expert who might be a little suspicious?" This is what I told her: "I belong to a rather loose-knit group of artists that, because of a fifty-year dominance of abstract and conceptual art, have been left isolated from the more conventional academic mainstream. All of us, with few exceptions, function in the craftsmanship-based realm of representational art. To better understand this, you have to realize that we gain our source material and inspiration from some of the most illustrious, colorful and controversial influences and graphic traditions that one could possibly emerge from."

I rely on this citation because I think it does a better job than I could of describing exactly what type of art Show & Tell Gallery features. In fact, I think it's the most lucid description of Pop Surrealism that I've encountered. Not only that, having been asked to summarize my dissertation in a couple pithy sentences more times than I care to remember, I'm sympathetic to the situation Williams' describes. And what, you may ask, are some of these influences and traditions to which he refers? Well, to name only a few: comic books, movie posters, skateboard graphics, tattoo art, and what he calls "other egalitarian art forms." In other words, images that are often deemed "artistic" but not "fine art." 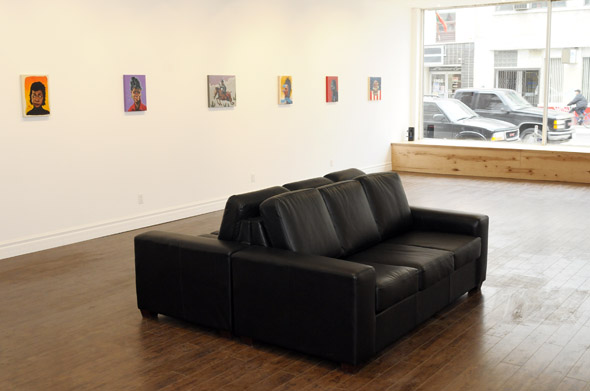 That's where Show & Tell comes in. Although Pop Surrealism has gained recognition in the art markets of New York and London, Toronto has lagged a bit behind. Simon Cole, the gallery's founder/director, has made it his goal to change that by featuring the work of both local and international talent - artists whose work is exemplary of the movement referred to above. But, just exhibiting the work is not enough to get the "serious" art buyers really interested. Put this type of work in a back alley gallery with low ceilings and little light, and I'm betting only the already converted will come to appreciate it. But if you put it in a clean, bright and professional gallery space, on the other hand, something else happens. People look at the work differently. Historically speaking, the art gallery has always lent its institutional authority to the works displayed within it.

That's why I think it's so important that Show & Tell looks so polished. It has to. The gallery has power, and it seems to me that Cole knows how to harness it. 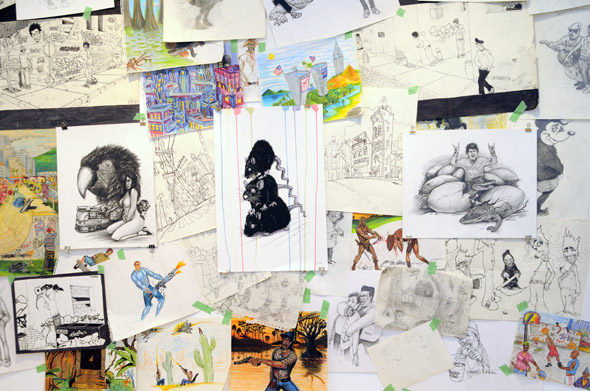 It's been a pretty fast rise since he started running a makeshift gallery out of his apartment in June 2008, focusing primarily on online exhibits and private receptions. Already an art collector for five years at that time, he acquired some curatorial experience in these early stages and eventually got involved with A City Renewal Project . After that, he knew he was ready to make the jump to a full scale gallery space. Being a friend and colleague of Will Kucey, the owner/director of Le Gallery , and a believer in the potential of Dundas West to house successful galleries, Cole thought it would be perfect to situate his gallery near to Kucey's. Luckily, he found an 'appropriate' space just a few doors east. I use scare quotes around appropriate because, at the time, the space looked anything but that. An unoccupied restaurant prior to renovations, the space took an enormous amount of work to shape it into what exists today. 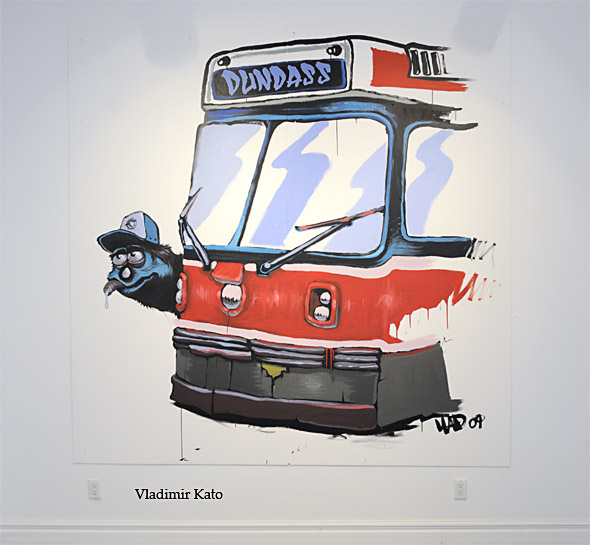 Opened in March of this year (2009), Cole reports that the first couple shows have been a success. Not only has the turn out been good, but pieces are actually selling. That's pretty auspicious considering the current economy. Toward that end, I was also pleased to see the gallery's willingness to sell small prints of pieces at quite affordable prices (can you say 50 bucks?). I'm not sure if that'll be that case for every show, but to me the economics of it make sense. You need to hook collectors young, and most can't afford originals until their artistic tastes are already (rigidly) developed.

Or not. Maybe with enough attention and in the right environment, even those with more traditional and/or conservative tastes will become intrigued by genres and movements that they might not have previously considered worthy. 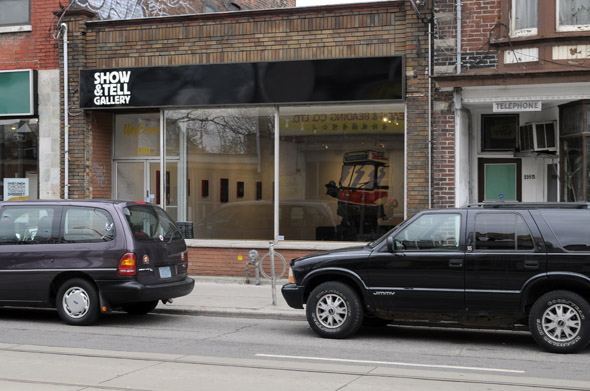 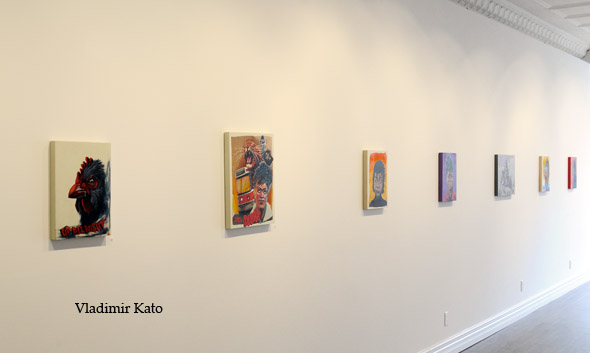 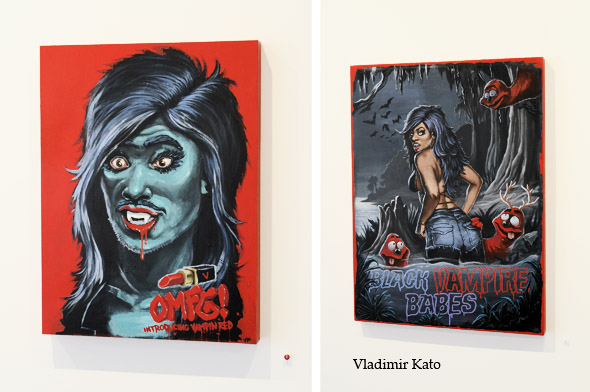