Scrap Metal Gallery joins Daniel Faria Gallery and other art spaces in the Bloor and Lansdowne neighborhood, occupying an industrial building on a small dead-end street. The space is in Unit E, accessible through an alleyway leading to the back of the building.

Just finding the place makes you feel like you're in on a secret. The L-shaped, 500 square meter former wine fermentation outlet has been converted into a clean and modern space, that while retaining its industrial integrity, contrasts nicely with the building's unassuming exterior and neighbouring businesses which include an auto-body shop and a wholesale marble supplier. 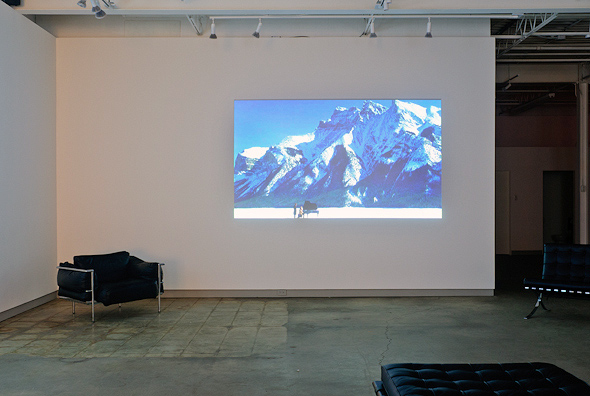 Samara Walbohm, who boasts a PhD in literature and co-ownership of independent book store, Type Books , and her husband Joe Shlesinger, managing director of the private equity firm, Callisto Capital, decided to open a non-commercial art gallery in part to display their private art collection, one which they have been adding to "in a serious way" for about 12 years.

"For people who come here, they're coming here because they like art." says Joe. "To get here and then to find this place, you've got to be interested in it. So it's not for the casual art person, it's for the little more serious art person." 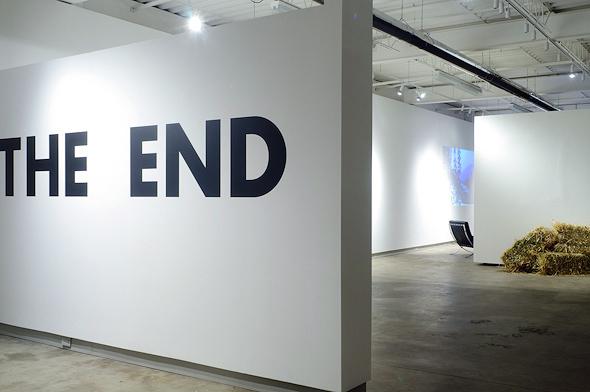 The exhibit on display when I visit the gallery exemplifies the conceptual contemporary aesthetic that Joe and Samara seem to be drawn to. The End, by Icelandic artist Raynar Kjartasson in collaboration with musician David Thor , is a video installation filmed at the Banff Centre. Armed with bourbon, guitars, and furs, the men perform a beautifully melancholic musical arrangement with the sublime backdrop of the Rocky Mountains in the winter.

The piece questions the romantic notion of the artist in nature, as exemplified by Caspar David Friedrich's "Two Men Contemplating the Moon." The two explorers or cowboys in The End appear lonely, world-weary and caught in a story and landscape with no obvious beginning, middle or end. "Some of the work that we'll show here, like this one, are a little more difficult", explains Joe. "It's not just coming, looking at a painting and saying, 'That's great technique.' It should be something different from that." 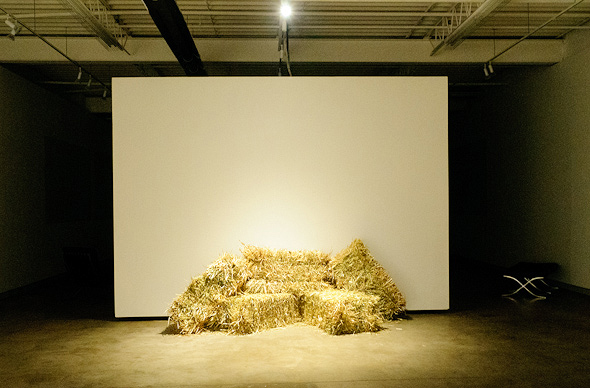 Showcasing engaging and challenging original works by lauded international artists and lesser-known but equally good local artists in the same space is Samara and Joe's primary objective. By doing so, the couple hopes to open doors for emerging local talent. Because they are not counting on sales revenue from the art that they exhibit, they are in a position to give a platform to artists with work that might not necessarily be commercially profitable or who do not have the clout to make it through the bureaucracy that exists in other institutions. "The only people that they have to impress to get it done are myself and Samara," says Joe. 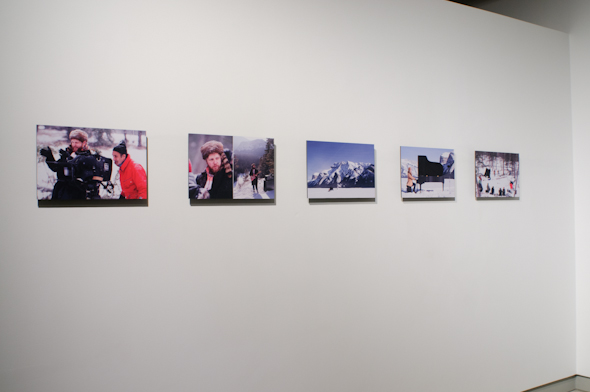 Scrap Metal's premiere show in December 2011, titled, "Read All Over" about text and language in books and art, set the tone, displaying art that the couple owns as well as works that they borrowed from other galleries and collectors. It was a group show of 20 artists including Canadian artists Micah Lexier, Douglas Coupland, as well as international artists such as Annette Messager and late conceptual artist, John Latham.

Unlike in the United States and Europe, non-commercial galleries are rare in Toronto. The only precedent for Scrap Metal is the city's first privately funded exhibition space, the Ydessa Hendeles Art Foundation. As for future plans for Scrap Metal, Joe has many. "I could see us finding an artist and saying, 'Do the piece you've always wanted to do. Forget about whether it could ever be sold, forget about how big it is and where it could end up. Take the space and do what you want." 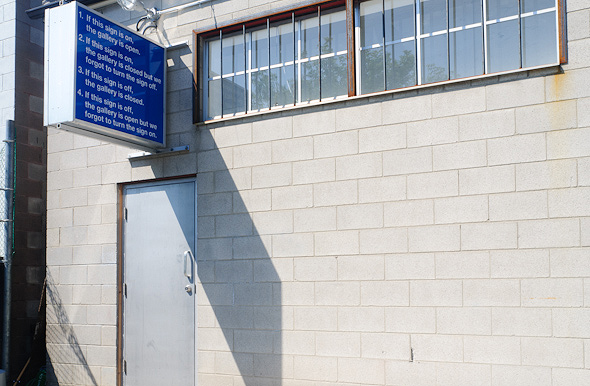