Roadside Attractions is a unique window exhibition space, located on a lonely stretch of Davenport Road at Christie Street. Programmed by artists Kate Vasyliw and Roy Kohn, under their collective name WeSee Inc ., the space has been host to artworks ranging from sculpture, to video, to kinetic installations. Local and international artists have exhibited work in the window gallery, which has been active since 2007.

The gallery got started simply because the window presented itself: the main-floor room, just behind the window, is Roy and Kate's studio. They'd been there for only a short while before their artist friends convinced them to transform it into an exhibition space. Their distinctive sign above the studio, which reads "Observation = Dismay" and features WeSee Inc's eyeball logo, went up first, as a way of marking the studio. "We thought we'd just try it out with some people that we knew," says Kate of starting the gallery. 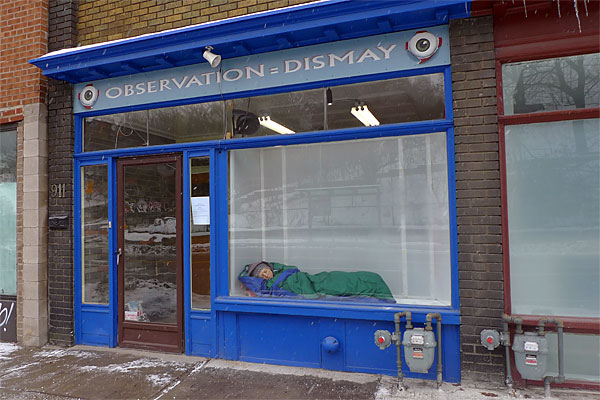 After the first few calls for submissions, the space was beginning to take off. The pair noticed that people were finding the concept of a window gallery more easygoing than a regular white cube. Kate explains, "I've heard people say they get uncomfortable in art galleries. A window allows them to see artwork, but without that anxiety." The exhibitions are also accessible all the time, since the window's visible from the street.

The works displayed in the window are all site-specific. Artists submit proposals for works and installations that consider the entire space, and Kate and Roy meet with each artist before installation time, to discuss practical considerations. Each exhibition lasts for five weeks. 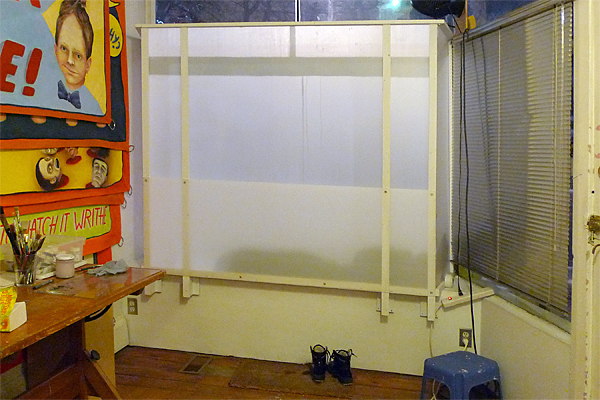 Besides the specifics of the window space, Roadside Attractions doesn't have a particular mandate toward certain kinds of art--the media used, and the conceptual concerns, vary wildly. "It's exciting to see how artists approach the small space. We love that it's all so different," says Kate. Since the two select works collaboratively, they don't always agree on what should be shown. "We've certainly had some fights about works," says Roy, but in general, they are open to artist's ideas. "Most of what's been rejected in the past was just not suitable for the space--like just hanging a painting. We want artists to consider the whole space."

Because of their other projects, the pair isn't fully devoted to running Roadside Attractions, and their lack of funding means programming and calls for submissions fluctuate. Kate jokes that it's a "mom-and-pop" gallery. Submissions are ongoing, but occasionally they advertise in listing services, and more proposals come in. "Right now we've got exhibitions planned up until 2012," says Roy. 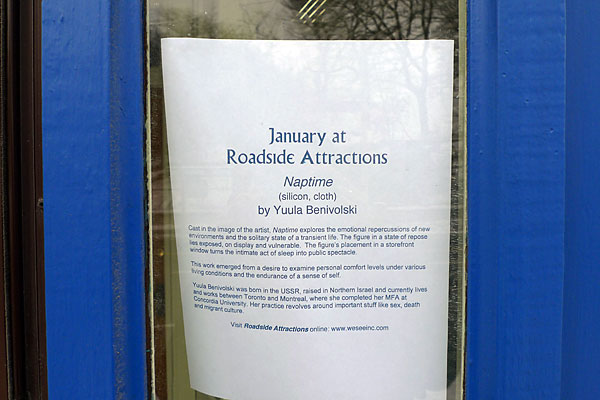 One disadvantage to a window gallery is that it can be hard to get feedback. However, Roy and Kate have heard shouts of appreciation from cars as they're driving by, had notes slipped under the door, and have even occasionally overheard conversations from observers looking at the contents of the window, while working in the studio. Kate says, "When we can hear that people outside at the bus stop are talking about art, instead of about taxes or the weather, that's really rewarding."

The origin of the name "Roadside Attractions" is fairly evident for anyone who's walked by. The gallery's main audience is comprised of pedestrian passers-by, people waiting for the bus at the corner, and cars careening along Davenport. Roy also has a certain affection for what the phrase evokes: "When you're driving down a lonely Texas dirt road, and you see a sign advertising a two-headed cow or something, that's a Roadside Attraction." While the gallery's exhibitions are very different from freak farm animals, the underlying idea--something interesting and thought-provoking to look at on one's way someplace--rings true. 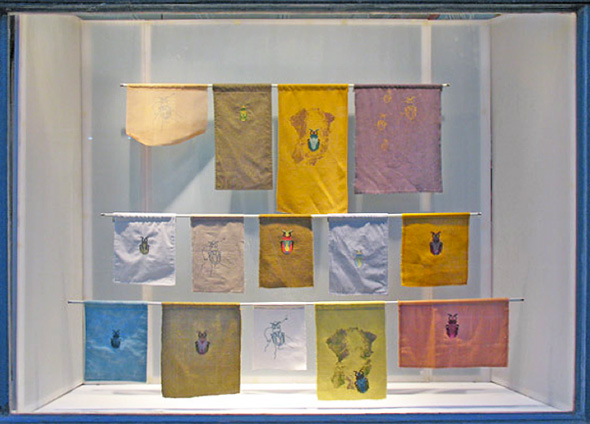 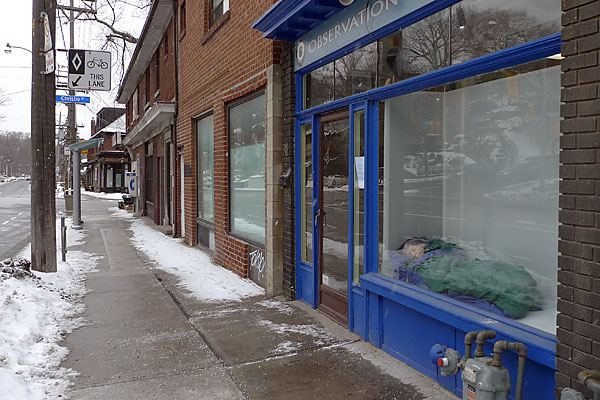 Writing and photography by Elena Potter .