loop Gallery is not an artist-run centre, at least in the traditional sense - nor is it a commercial gallery. loop is a collective, and loop Gallery is its exhibition space, located on Dundas West .

The word "collective" tends to conjure, for me, a tightly-knit group of people that met in art school and have been working together ever since. This is not the case at loop - the group of about 40 artists is diverse in experience and background. The gallery, meanwhile, endeavours to be accessible through its programming: during each exhibition, a Q&A with the artists takes place. It's a good point of dialogue, and a value-added feature that sets loop apart from many of its neighbours. 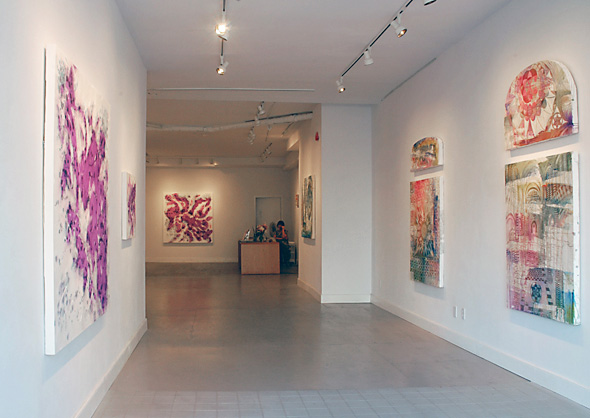 The space, like many galleries in gentrifying neighbourhoods, is a storefront-like room that extends deeply and narrowly toward the back of the building, and it benefits from nearly 100 linear feet of wall space. It's divided into a few sections by virtue of its corners and support beams, and features an alcove that would be perfect for video projections or monitors. A window at the front allows passers-by a generous glimpse into the space, but the daylight doesn't penetrate to the back of the room, making it versatile for the kinds of moving-image presentations that the collective members are beginning to explore.

"We were considering moving to Bloor and Lansdowne, but this space was available and it just worked better," Jennifer, the gallery's administrator, says of the new Dundas West location. Since Loop's inception in 2000, it was located on Queen Street West, and considers itself one of the pioneering members of that well-known art scene. The September 2009 transition to 1273 Dundas West was smooth: there's a good level of foot traffic, and it's well enough established as a member of the artistic community, to keep their following coming to the new location. 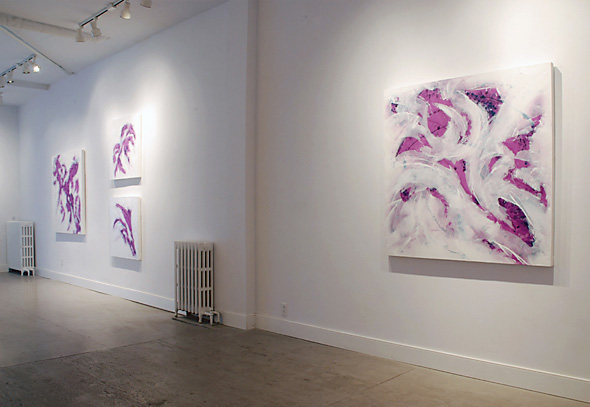 While there are occasional opportunities for independently curated shows - once a year loop operates as a members' gallery - the focus here really is on exhibiting the work of the collective. This is done via two-person shows that last approximately one month. This model isn't something I've seen much of around Toronto - usually, artists will have a solo show or be included in a large group exhibition. While turning this over in my mind, I found myself reconsidering my thoughts on the absence of a theme: when the bodies of work appear to have been chosen to be exhibited together, due to some visual similarity (as was the case with the current exhibits by Elizabeth Babyn and Linda Heffernan ), why not acknowledge that? It would make for a more focused and guided dialogue between the works. 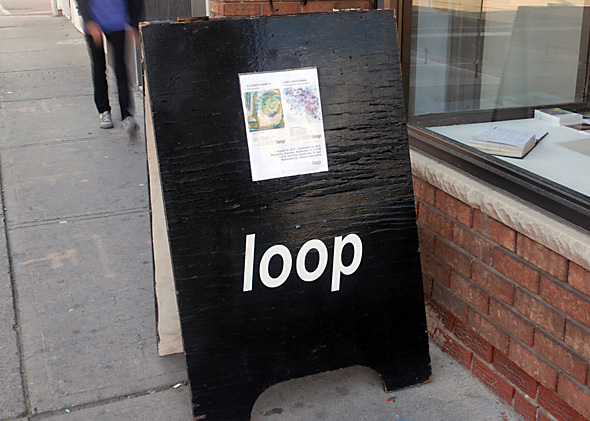 Now that loop is celebrating one year in their new space, the gallery is branching out with a few new projects on the horizon. loop will be participating in Art Toronto (formerly the Toronto International Art Fair) for the first time ever, Jennifer told me excitedly. Other events that hadn't been fully confirmed are coming up in spring 2011, too - but "I can't really talk about it yet.. but stay tuned," she grinned.

The loop collective is calling for new members; their deadline has been extended until October 1st 2010. More details on their website here . 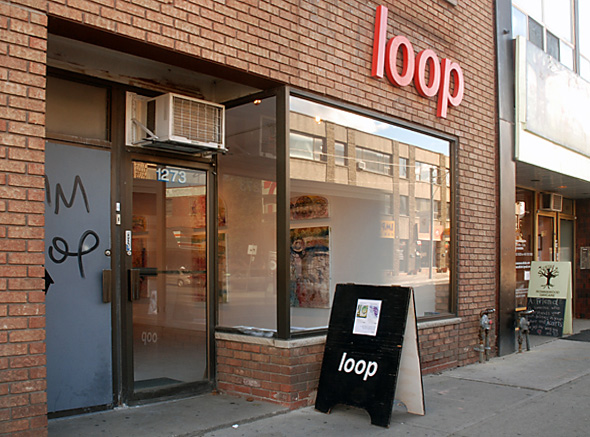 Writing and photography by Elena Potter