Katzman Contemporary is a new art destination on Miller Street nestled amongst working auto-body shops at the very northern tip of the Junction Triangle. Following Jessica Bradley's move to the street in late 2012, Katzman is another well-known name looking for a clean slate. The new space represents a fresh start for 80 Spadina's Katzman Kamen Gallery (formerly Leo Kamen Gallery), a long-time hub for Canadian contemporary painting, sculpture, and print. 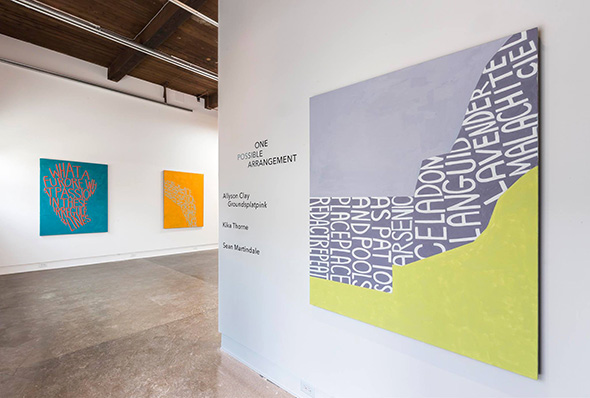 Leo Kamen, who has since left the art world to pursue writing, once famously compared his method of art dealing to gambling, saying he was "much more interested in gambling than art." It seems that under new director Marianne Katzman's watchful eye (whom Kamen sold the rights to his space to in 2011), the brand is taking a decidedly more serious and academic turn. In the 3,200 square foot space, Katzman is distancing herself from any overt commercial associations by presenting "new images and cultural exchanges" with a focus on "curatorial interventions and discursive events." 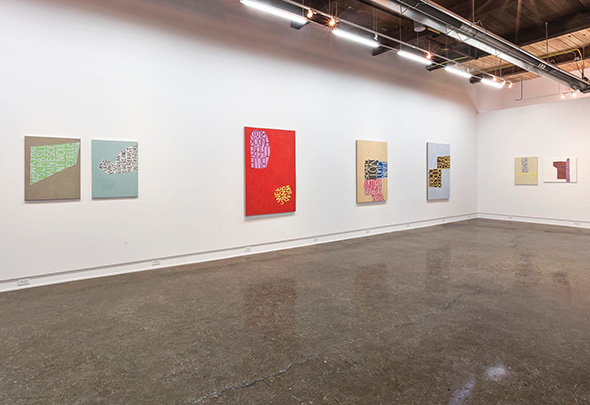 Still, with didactic seriousness aside, there's a warmth offered up when entering the space, punctuated by friendly staff (including Katzman's beautiful baby!) and a renewed focus on art that encompasses youth and experimentation. While Katzman's roster of artists remains in line with those of bygone days, showing and representing a primarily Canadian roster (Sarah Nind, Cliff Eyland, et al) she's scooped some promising young talent in multi-media artist Braden Labonte, textile designer Meghan Price, and painters Janet Jones and Colette LalibertĂŠ.

So far, the space has seen just three shows come through its doors, with its inaugural exhibition in February of 2014 tenderly celebrating the practice of Jeannie Thib with a group show of diverse work by the late artist's friends. Most recently, a joint show entitled The Stonemason and the Yellow Mountain, featured small, repetitive stone-motif paintings in acrylic by another of Katzman's newly acquired painters, Nestor Kruger, alongside Sally SpĂ¤th's geniously installed mylar pieces, finger-painted with yellow acrylic. 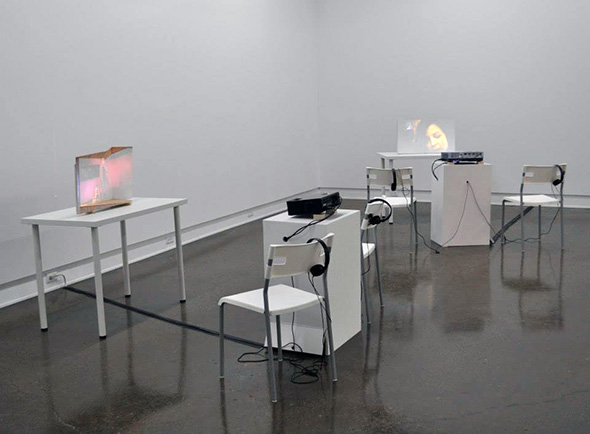 The most recent exhibition, Nested Stories, was a CONTACT show by manic installation artist Wyn Geleynse, whose digital installations often subvert the medium -- this time, with immersive diorama projections featuring undirected storytelling in domestic space. The early shows are a fairly good indication of the new turn the gallery has taken, and it will be very interesting to keep tabs on Miller Street in the future. Could this become a news arts enclave it Toronto? It sure sounds like it. 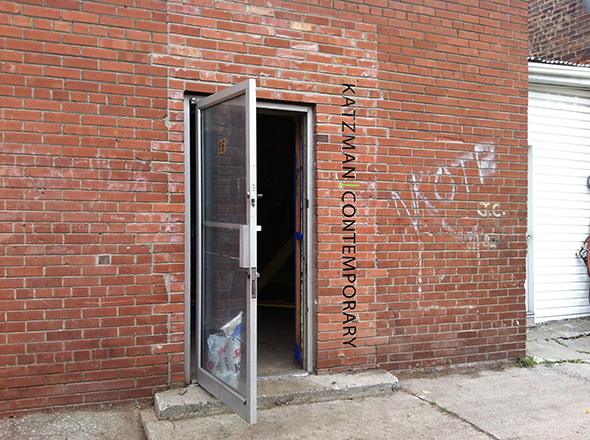