The Hunter and Cook headquarters unveiled itself to the world on Thursday night. The launch party for the new home of the arts and culture magazine started by Jay Isaac and Tony Romano in 2008 was in competition with a few other gallery launches on the street but it seemed to win over most of the foot traffic. As well as the magazine's new office, 1082 ½ Queen West will also house art exhibits, music performances, book readings and various merchandise such as Toronto vinyl and other Canadian magazines. For its inaugural exhibit the space is showcasing pastels and acrylics on photographs by New York artist Sam Falls in an exhibition called "Mexico City Wall Art". 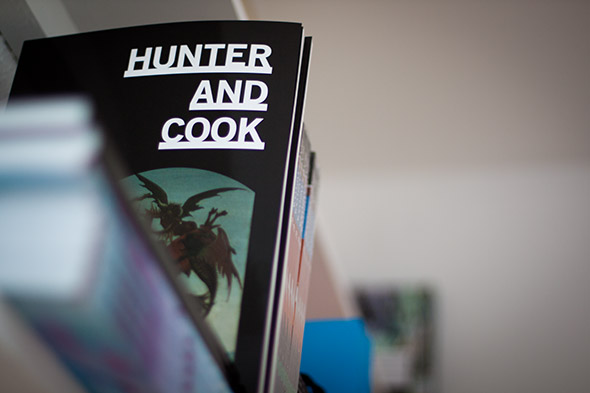 The clean, crisp and white space is a nice contrast to the antique store Silver Falls next door. Although it may seem like the two form to make an empire--the magazine Hunter and Cook was formerly housed in the back of the vintage clothing version of Silver Falls on Ossington --they are only affiliated through romance. For the last couple of years Hunter and Cook could be found in the back of the Ossington location of Silver Falls, which is owned by Jay Isaac's girlfriend Lindsay Fernlund. As the magazine expanded it only seemed natural for the space to expand. 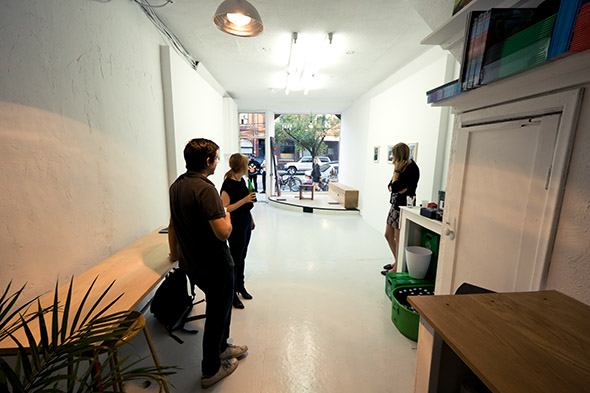 Isaac prefers Queen St. to Ossington, "there are some people who still haven't heard of Ossington, but everyone knows West Queen West". 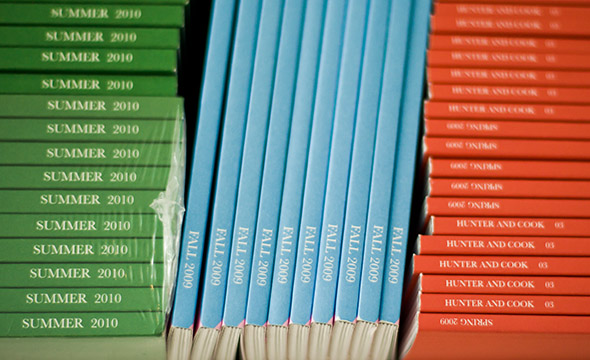 Set to launch their 10th issue in October, Hunter and Cook magazine has gone from a print run of 600 to 2,000 and seen an increase in circulation and ad sales. Isaac shows me the progression from the first issue to the most current. Although the magazine keeps a consistent aesthetic, there is a definite progression in the professional quality of the design and subject matter. 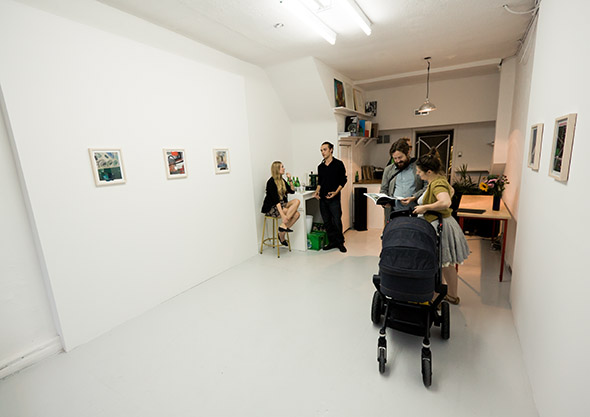 But on this night all the magazines are tucked away on a high shelf. This party is in honour of the new space and not necessarily the magazine. "We wanted to see an amalgamation of workspace, gallery and bookshop" says Isaac. 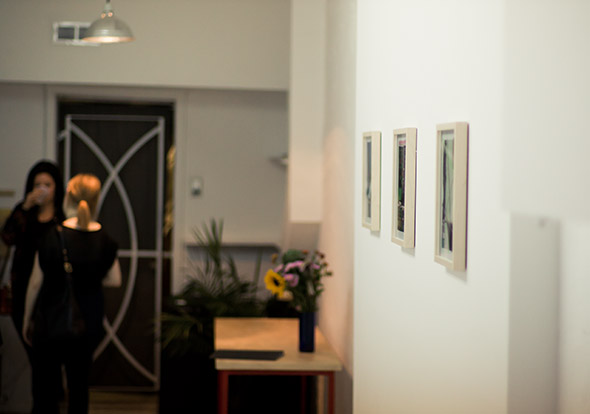 The new space is modelled on the multi-purpose uses of New York stores, which are known to blend café, book shop, record store, you name it. "I don't think Toronto has seen anything like this before", says Isaac, "I'm not interested in reinventing the art gallery model, but I have always been interested in how context shapes experience". He goes on to explain that the space will be more welcoming and more of a pedestrian experience if the gallery/magazine headquarters is also a store. 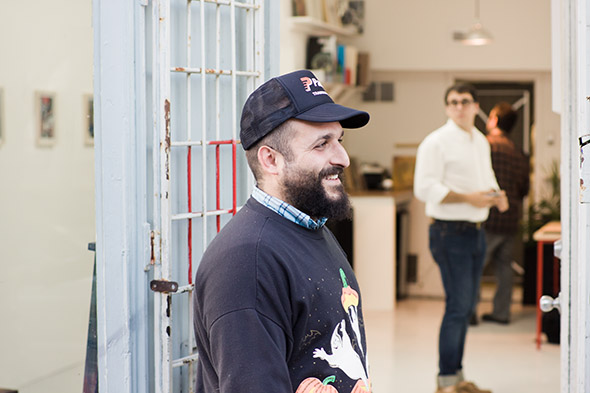 Other Canadian arts and culture magazines such as Bad Day will be sold there, which Isaac doesn't see as a competitor but a fellow member of his community, "we're interested in boosting the ego of the Toronto arts scene", he says. The Hunter and Cook vibe is still quite insider--the magazine started off as friends writing about friends and Isaac talks about the new space promoting art, music and publishing's from that same community, but rather than a "for us, by us" mentality he wants the magazine and new space to aim for populist consumption. And there's nothing more popular than Queen West. 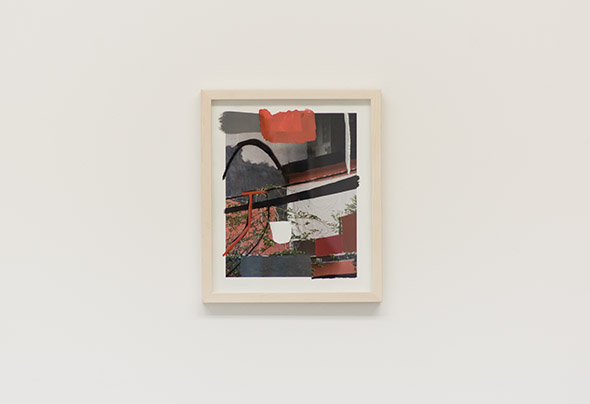 Look out for book launches, readings, bands and more art shows in the near future. Isaac is interested in promoting the bands featured in the magazine such as Castlemusic, Wyrd Visions and Josh Reichmann. 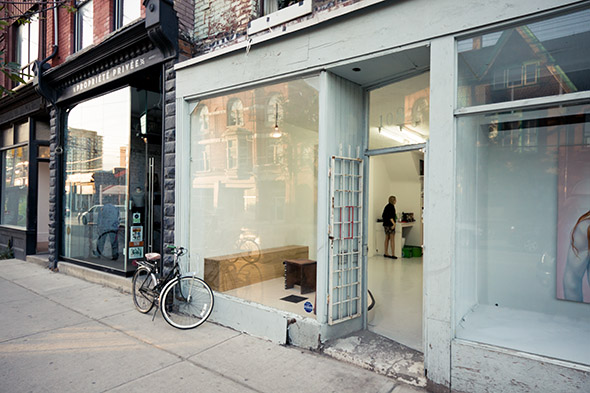 The gallery space is open from 12-6pm Thursday through Sunday