Christopher Cutts Gallery is one of Toronto's most established commercial galleries, active on the scene since 1986. Located just off Dundas West near Lansdowne, it shares an unassuming cul-de-sac with a coterie of other well-established art institutions, notably Olga Korper Gallery , which launched the Morrow Avenue enclave as it exists today. The building is also home to other galleries, studios, and art framers and restorers. Inside, Cutts' gallery is a stately room with two distinct areas separated by a dividing wall-- previously a mattress factory, its industrial roots are evident in the high-ceilinged, generous space. 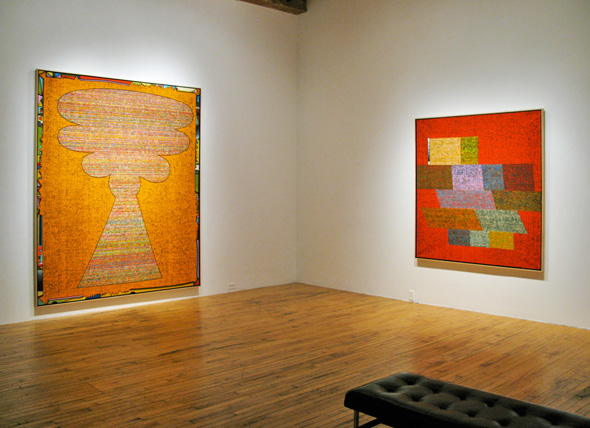 Artwork in the gallery is fairly traditional, and focuses on painting. Cutts represents established living Canadian artists like Michael Snow and Eldon Garnet, as well as the estates of Kazuo Nakamura, Tom Hodgson, William Ronald, and Harold Town of the eminent Painters Eleven group. The roster, which includes close to fifty artists, isn't limited to one medium or one type of artist, and includes some younger generation artists as well. In addition to exhibitions (which rotate monthly), the Christopher Cutts Gallery also produces mini-catalogs and other small publications in conjunction with what's on view. "I know it can all be done online now, but there's nothing like holding an object," explains Cutts. 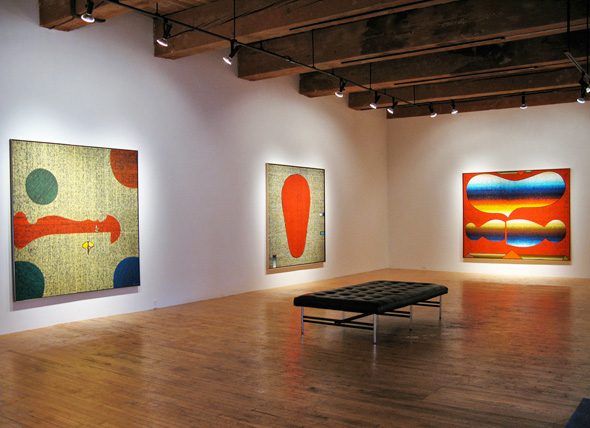 When I visited, the impressive "snap paintings" of Town were on display. Seeing this kind of seminal work at an independent gallery is a great opportunity to imagine how the work was viewed when it was first displayed. Historical information is present, but less prominent than at institutional galleries, and at first look, the paintings speak for themselves. 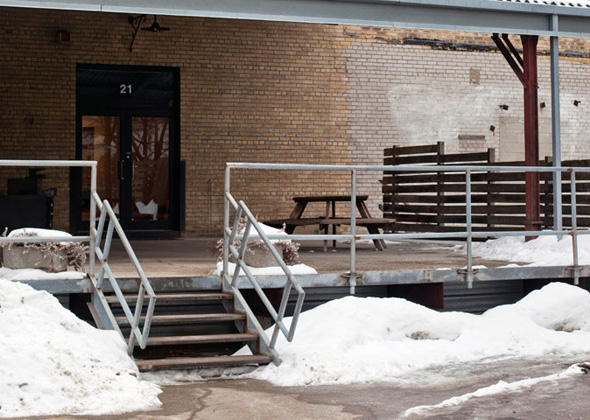 Cutts got started in the gallery business because he was always interested in visual art, but didn't have the desire to be an artist. Inspired by one high school art teacher, Cutts studied art history in the United States, and on moving to Toronto started the gallery in his apartment while continuing his studies. After a brief stint at its first dedicated space at King and Dufferin, the gallery relocated to the then-nascent artistic complex, and stayed put. 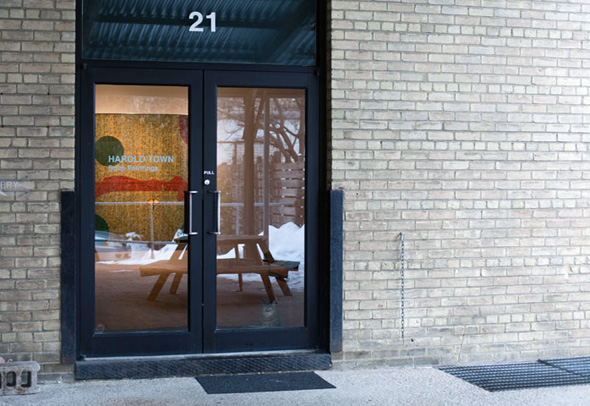 "We moved to Morrow Avenue in 1990--Olga [Korper] was the catalyst, it was her vision. It'd just been renovated when we arrived," says Cutts. "Moving there kept me in business, because even though the place was out of the way, it gave us a story and people started to notice what we were doing out there. Imagine it in 1990--Queen Street wasn't the way it is now, there were no galleries on Dundas the way there are now. We had to create a destination."

Though the growing gallery community on Dundas West reaches almost all the way to Roncesvalles, Cutts' gallery remains much the same--25 years in the making, it no longer relies on scenes, neighbours, or foot traffic the way smaller, younger galleries do. "I'm used to it now; I like being out of the way," says Cutts. "It means people make an effort when they visit, they're not just quickly popping their heads in."