The 'project' in The Beverly Owens Project speaks to the open-minded approach that defines this newly opened gallery on West Queen West . Although it's only been around for a month or so, already the current show (its first) should be taken as an early indication of the degree to which Owens hopes to take an unconventional approach to exhibits and installations in the space. Working with encaustic and photographs, her contribution to CONTACT is one of the few mixed media exhibits in this year's festival.

But perhaps the most significant characteristic of the unconventionality of her approach - at least considering the gallery's location in the heart of Toronto's fine art scene - is that most (if not all) exhibits will feature Owens own work. That's not to say that others won't show here as well, but that dual and group exhibits will also see contributions from Owens. That's not too common for galleries along Queen, which are far more likely to exhibit a wide array of artists. 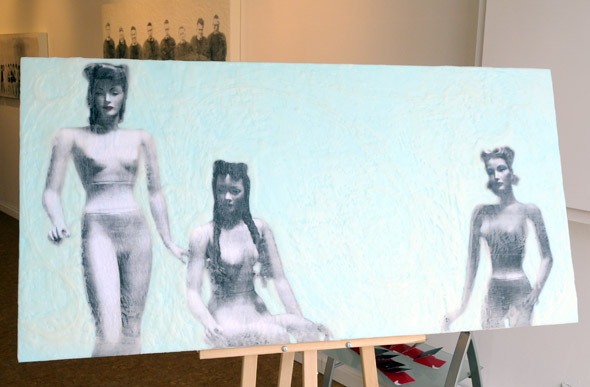 So how is it, you might ask, that a gallery prominently featuring the owner's work could be considered open-minded? Well, in speaking with Owens, I got the sense that her primary purpose in opening this gallery was to respond to the challenge of exhibiting both consistently and in conjunction with other artists working in completely different styles and media. Although she's shown pretty widely in the past, it's quite another thing to be on the hook month in and month out. Combine that with working with different artists, and you have a recipe for maximizing creative energy and output in various unscripted directions.

Indeed, the whole idea sounds both ideal and a little terrifying. It'd be difficult to find many artists who wouldn't like the idea of taking significant curatorial control of their work. But, of course, the flip side is that such an ongoing project requires one to be virtually prolific in his or her output. Not only that, curators aren't just obstacles; they're often genuinely helpful and astute when it comes to guiding and evaluating talent. Towards this end, Owens doesn't plan on going it completely alone. Her current show, for example, is co-curated by herself and Michelle Cox, and future shows will also see collaboration with others in this department. Not only that, prior to opening The Project, Owens also spent time working at the Eastern Front Gallery developing her own 'front-of-house' skills. 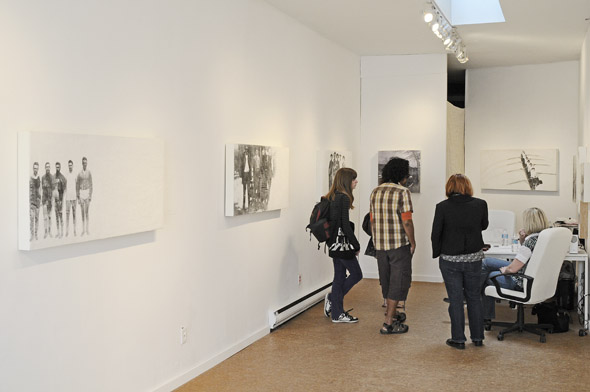 Showing out of one's studio isn't a new idea. In fact, a lot of artists do this out of necessity, usually because they lack gallery representation, and the studio is where most of their work is located. Opening up a gallery, on the other hand, and then bringing a studio there - especially of the type needed to work with encaustic - is less common. But that's exactly what's in store at The Beverly Owens Project. Blessed with a large space at the back of the gallery, Owens plans on getting a studio space up and running over the next couple months. Also under consideration is finding a way to use the outside space at the back of the gallery for a small patio. 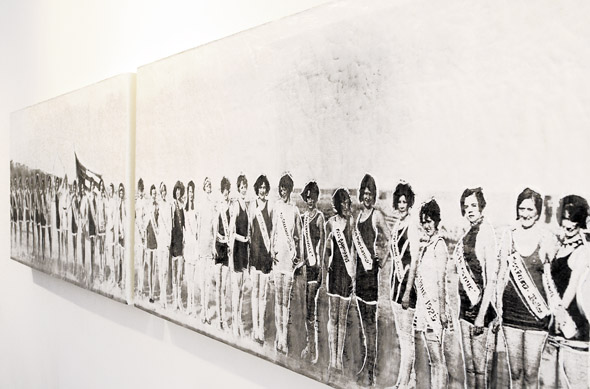 On a purely anecdotal level, I've noticed that those working with encaustic are more likely to take charge of the selling and showing of their work than artists working in other mediums. My suspicion is that this stems from the fact that it is yet to be taken quite as seriously in fine art circles as perhaps it should be. Although it should be noted that many who work with this medium do produce folksy landscapes that would be at home in the types of galleries that populate cottage country and tourist towns, there's a growing number who are pushing its possibilities in challenging ways.

When she started working with encaustic 15 years ago, Owens found that few even knew what it was. According to her, that has dramatically changed. Perhaps it'll be like the rise of photography. For years photography lacked fine art credibility, but in the last half of the 20th century it just blew up. With contemporary artists constantly struggling against the experience of being at the end of history, it's certainly possible that more and more might in fact turn backwards to one of the oldest mediums for inspiration. If and when they do, I'm sure Owens will be happy not only to show them, but to show with them. 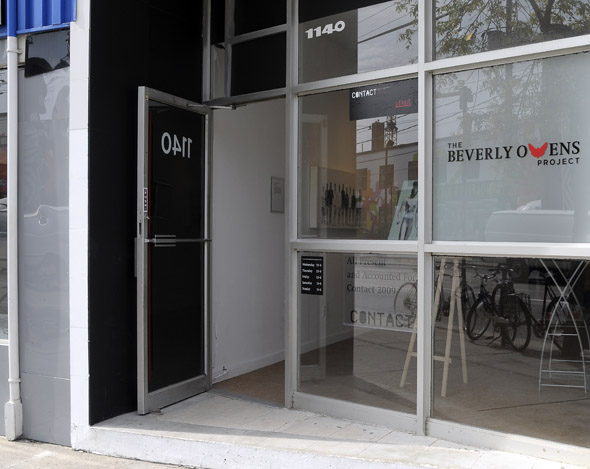 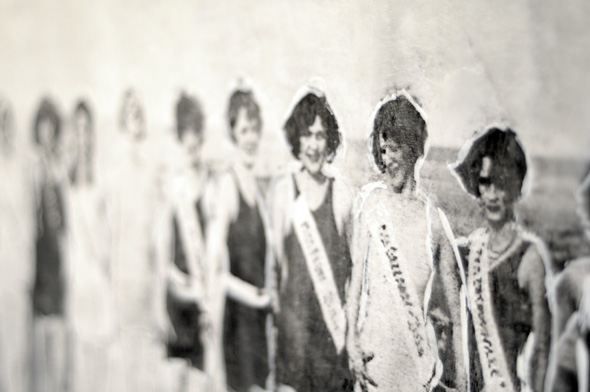 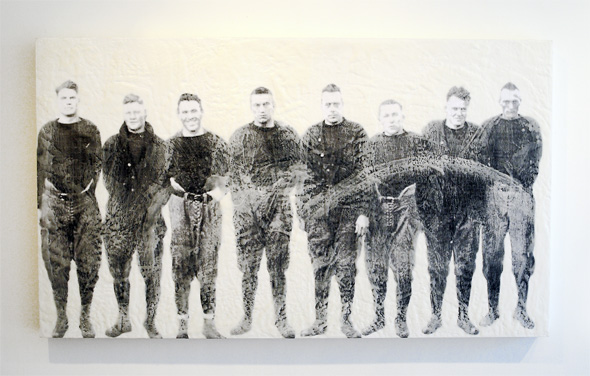