Art Metropole, the venerable artist-run centre and retailer, has settled in nicely after moving from King Street to cozier digs near Dundas and Dufferin this past June.

Packing must have been murder, as the non-profit organization's eclectic collection of merchandise includes a huge selection of artist-created books, periodicals, posters, clothing, audio, video, and multiples. 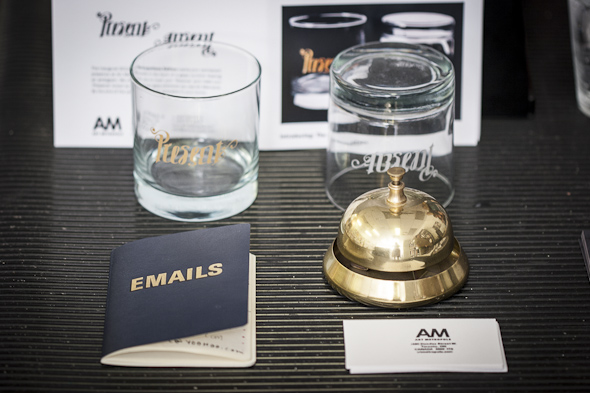 Though this isn't the store's first move; the store first set up shop in an abandoned space above a Yonge Street Greek restaurant, and took its name from the building's original tenant, Art Metropole, which operated as one of Toronto's earliest galleries form 1911 to the 1940's. After stops at 217 Richmond Street West and 788 King Street, its latest home capitalizes the burgeoning art scene centered on Dundas West. 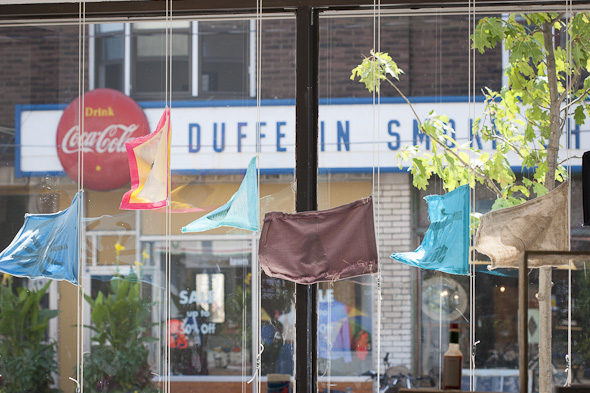 Art Metropole has always been on the cutting edge of Toronto's artistic community. The organisation was created in 1974 by the influential Canadian artists' collective General Idea ( the recipients of a recent AGO retrospective ), and quickly established itself as the preeminent compiler of the Canada's conceptual art movement.

After years of collecting, Art Metropole ceased entirely, and in 1997 they transferred over 13,000 items to the National Gallery of Canada as the "Art Metropole Collection." Included in their collection are the works of such world-renowned artists as Yoko Ono, Sol Lewitt, Joseph Beuys, and Marcel Duchamp. 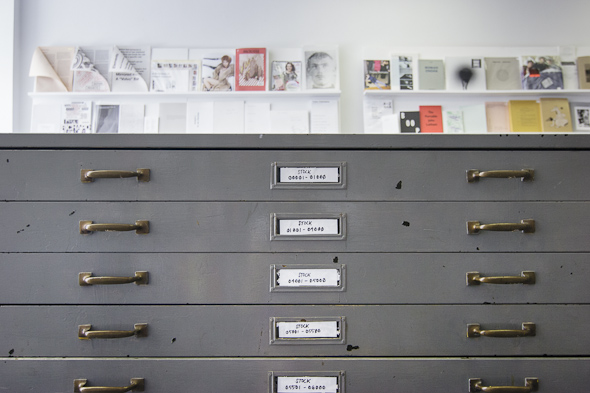 According to an early application for a Canada Council Grant, Art Metropole was intended to be a "collection agency devoted to the documentation, archiving, and distributing of all the images " (emphasis mine). If that definition seems comically broad, its mandate has only expanded over the last forty years.

Rather than simply acting as a cataloguer of artistic developments, Art Metropole is now a creator, with an ongoing series of events, publications, and installations to its name, most of which happen within its walls. 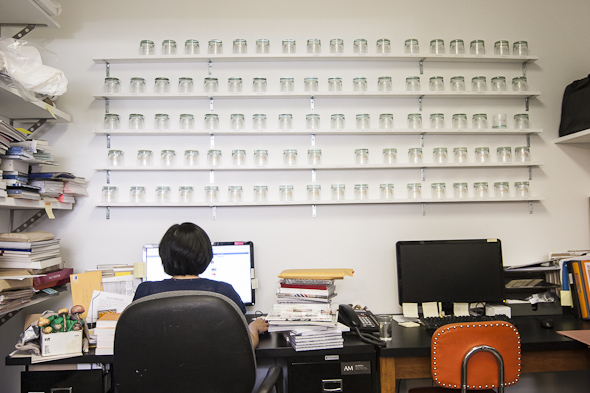 Art Metropole's old location was easy to walk by, but there's no risk of that with their new space. Currently taking full advantage of the store's ground-level window is local art collective VSVSVS , who from August 15th to September 22 are sleeping on bunk beds in an event entitled "VSVSVS Moves In." I didn't catch any campers during my two visits this week, but I did get to check out their debris, including the fabulous library they've accumulated during their stay. 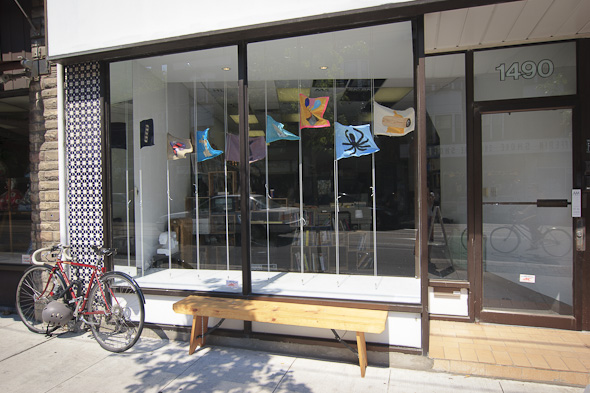 Beyond the sit-in, the new location is cozy, with the aforementioned small space up front for exhibits and installations, store displays curving around the room's middle, and administrative offices in the back. Decorated in minimalist white, the space is sleek, and its equally minimal approach to labeling ensures you'll stumble upon something unexpected.

This week marked my first visit to the new space, however, and I found it a little difficult to get a sense of its possibilities. The VSVSVS installation takes up a solid third of the store, leaving only a small space for the display of wares. Granted, Art Metropole may cater to a niche audience, but it still feels like things could get a little cramped should more than two people want to check out the zine selection. 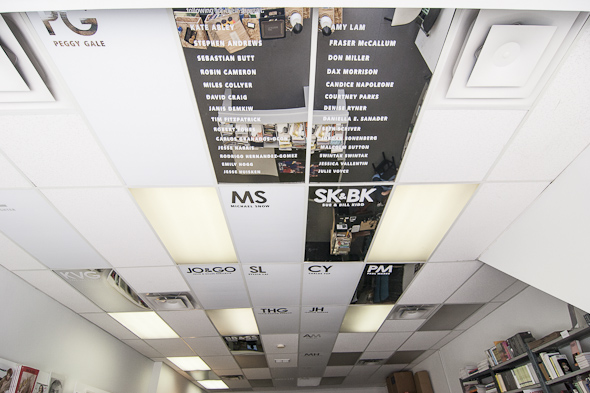 Art Metropole definitely skews towards conceptual art, but despite esoteric titles like "Satisfaction: Consumption Art from the communist Poland of the 1970's" and "The Visual Rhetorics of the Supreme Being Max Bruisma and Strange Attractors," it's still a low-pressure place to browse for the casual art fan, and by highlighting the country's incredible artistic history and present, Art Metropole remains an hugely valuable asset to the artistic community.