52 McCaul is both a beautiful building and an excellent location for an arts centre. Just south of the AGO and OCAD, this stretch of McCaul is frequented by loads of burgeoning artists and is also close to a heavily trafficked and somewhat touristy section of Queen Street.

As evidenced by the recent closing of Pages bookstore , one of the reasons there aren't more galleries in the area is surely the high cost of rent. Not surprisingly, then, it's taken a sympathetic landlord to get the space at 52 McCaul off and running. 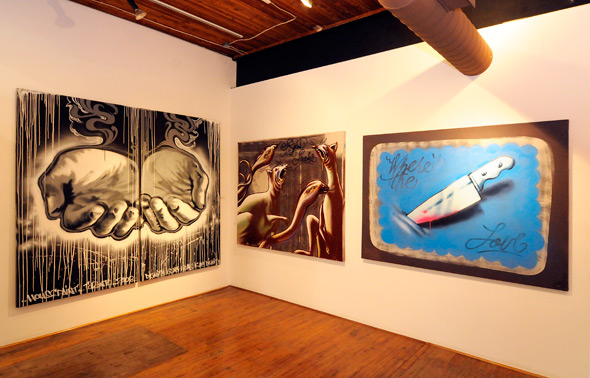 Originally occupied for the month-long Manifesto festival with the help of Steve Ferrara and Lisa Martin of the grassroots arts organization Well and Good , a prolonged rental of the space was subsequently arranged in November and curators Teresa Aversa and Charlie Irani joined the team to help facilitate the hosting of frequent exhibitions and events. Although there remains some uncertainty over the long-term future of the building, the foursome plans to occupy the space indefinitely.

What does that mean? Well, with a building as valuable as 52 McCaul, it must be quite the challenge to convince a landlord that an arts centre - especially one that features emerging and street artists - will maximize profitability. I'm not privy to the details of the lease, but I would guess that the tenant and landlord have come to an arrangement that sees the duration of the rental revisited more often than once a year. 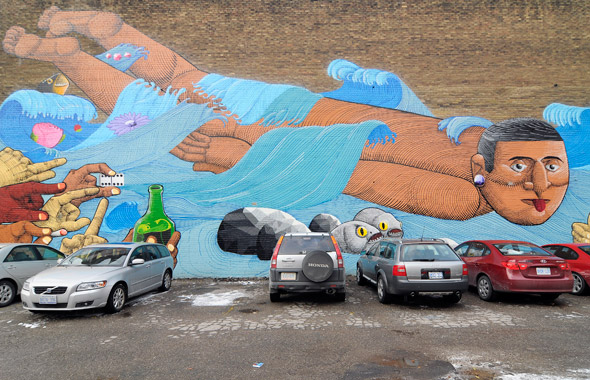 So for now, we get to enjoy 52 McCaul and what it has to offer the arts community - not the least of which are the amazing murals on the exterior of the building by Nunca (south side) and Roadsworth (north side). And why worry about the long-term future when so much is going on right now? Insofar as the group has been resourceful enough to secure this location, I'm confident they'll figure something out if the current building is no longer viable. 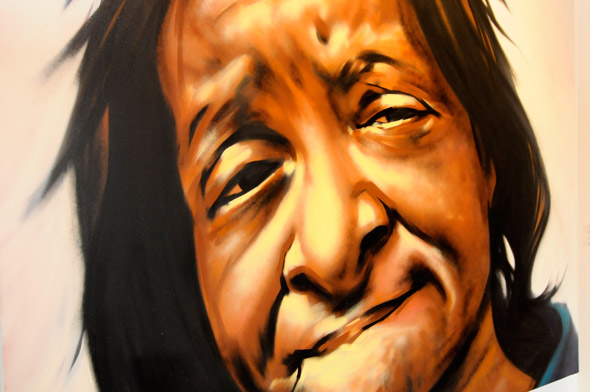 On the artistic side, the mandate at 52 is pretty straightforward. With numerous ties to the Toronto (and international) street art scene, there's an obvious leaning toward graffiti-inspired work, pop surrealism, and as the current show attests, lowbrow arts . That there's considerable overlap amongst these genres is not surprising. This isn't a place where you'll find a lot of old-school work - you know, bronze sculptures, landscape paintings, etc.

But if that sounds exclusionary, it shouldn't. The other main feature of the centre's mandate is the desire to act as a resource centre for emerging artists. The team behind the space hopes to foster community ties between artists and among potential patrons/collectors, provide much-needed exposure for those who lack experience showing their work, and to exist as a hub that attracts an array of creative types who might be able to share their knowledge, connections and enthusiasm. 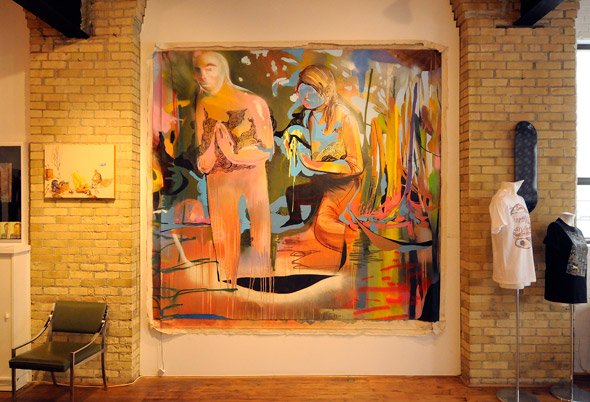 It's a great idea, and one that'll take a fair share of precisely this enthusiasm to pull off. But this hardly seems a problem for this group. I meet a lot of engaging and motivated gallery owners and directors, but Ferrara and Martin are some of the most upbeat, artist-friendly people one could encounter. Not only does their sister project Well and Good aim to provide artists with economic support like a health benefits program, but their involvement in projects like last year's Housepaint - in which prominent Canadian street artists explored issues of homelessness and poverty in an exhibition at the ROM - reveal the community-driven approach they bring to the city's arts scene. 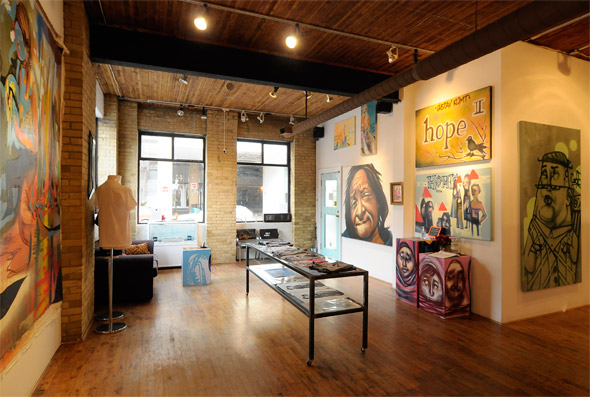 Aversa and Irani are no slouches, either. Despite being young, they already have a great deal of experience and are well connected in their respective art scenes. The strength of this team has ensured a busy beginning for the space at 52, where events have ranged from an opening exhibition that featured almost a 100 pieces to fashion and music shows, thereby making good on the creative promises of the mandate. There's also a small retail section at the front of the gallery that features items like t-shirts and zines, which are produced by local artists.

On its website 52 McCaul is described as a "social experiment" that acts as a "community centre of sorts, displaying and supporting artists [at] all levels of their careers." When I asked Martin to expand on this, she responded that they're "trying to find new ways and a new business model for consuming and engaging with art."

That's no easy task. But, it looks like they're off to an auspicious start. 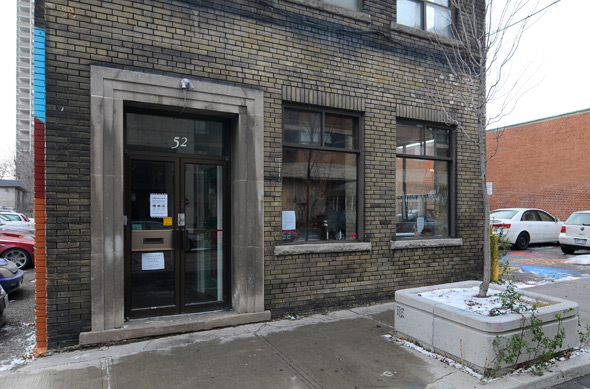 The artwork featured in photographs number four and five are by Dstrbo and Evoke , respectively. All the works seen above were part of the Housepaint exhibit .