Toronto's film industry is growing faster than ever, set to surpass its 2019 record of $2.2 billion in production values next year, building on the over 1,500 film, television, commercial, and music video projects logged in the city in 2021.

But some think the local production biz might be growing too fast, the city's Film Commissioner telling industry publication Variety that a massive workforce boost will be necessary to sustain a projected 63 per cent increase in Toronto studio space by 2025.

Toronto's film industry supports a labour pool of about 35,000 workers, but studies indicate that this workforce will need to grow by approximately one-third — that's 12,000 new workers — to staff all of the studio space in the pipeline.

And it's a lot of studio space. In just the past few weeks, two major production studios have been announced while an existing studio has kicked off an expansion.

Pinewood Toronto Studios in the Port Lands embarked on a multi-stage expansion in November, and just a few days later, the $250 million Basin Media Hub was announced nearby. That same week, an application was filed with the city for a new $200 million film hub at Downsview. 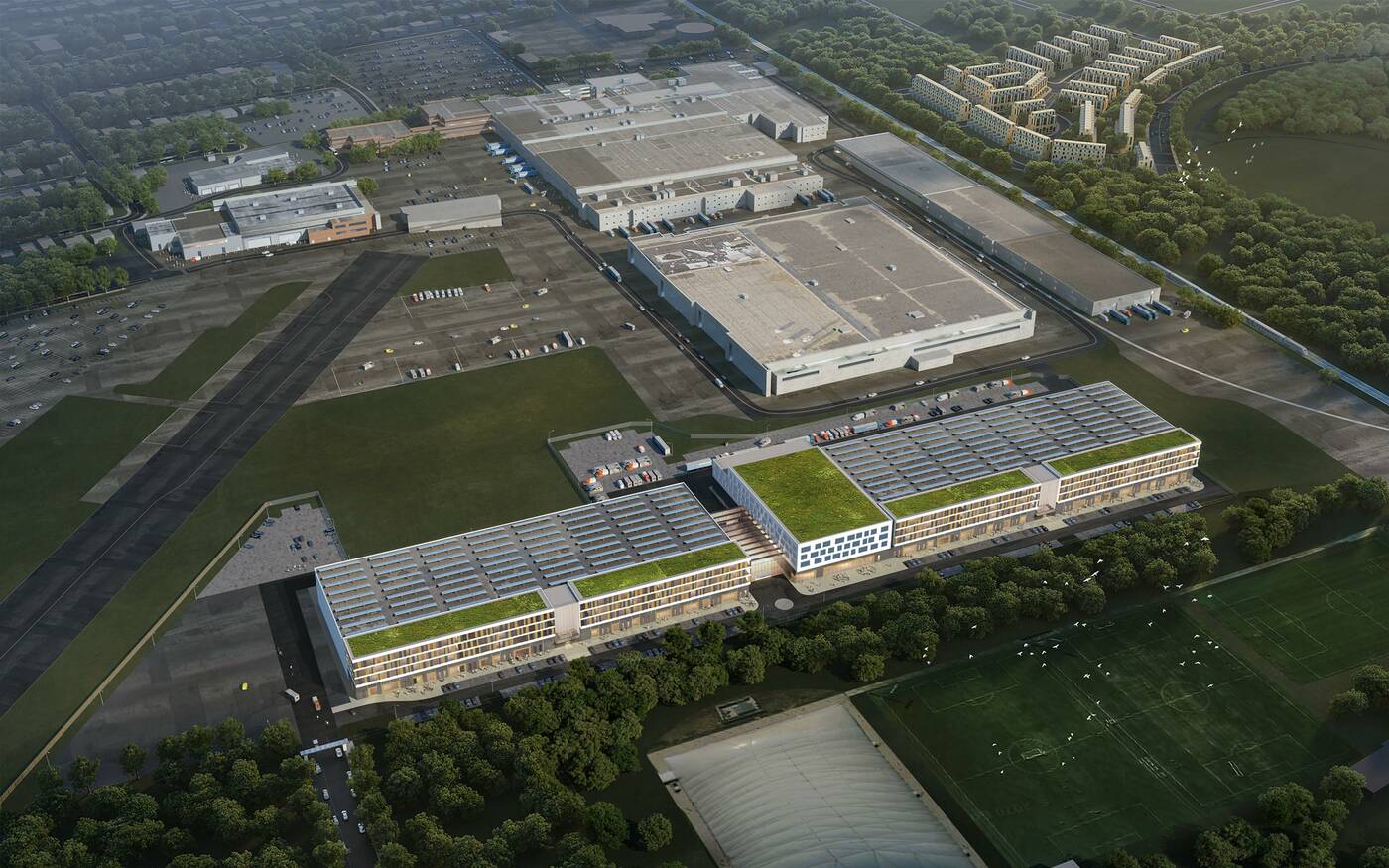 Looking southwest over the initial phase of the Downsview Studio Campus, which would have room to expand once Bombardier vacates the adjacent hangars. Rendering by BDP Quadrangle.

Other new and expanding film production developments in the city include new space for streaming giants Amazon and Netflix, as well as Dufferin Gate Studios, Studio City Toronto, and visual effects company Pixomondo.

With all this growth in the film sector, the projected strain in the workforce really shouldn't come as a big surprise.

Sure, it appears there may be some hurdles on the horizon, but all of this growth has Toronto primed to catch up with Vancouver in the battle for the completely meaningless title of Hollywood North.

Vancouver may be a quicker flight and share a time zone with the heart of the film industry in Hollywood, but Toronto offers a cheap stand-in alternative to the biggest U.S. cities, while tax incentives lure in a growing number of major productions.

Still, Vancouver has a healthy lead over Toronto, with $3.4 billion spent in the city last year well above Toronto's record of $2.2 billion.

The tide may be turning, as Toronto's figures rise and Vancouver's fall, with that city's industry down about $700 million from the $4.1 billion spent in 2019.