Toronto just fired off its latest salvo in a war being waged against Vancouver for the symbolic crown of Canada's film and television production capital, or Hollywood North.

Toronto Mayor John Tory was joined Tuesday morning by fellow city politicians to announce the private development team that will lead the charge for an enormous film, television and digital media hub coming to an 8.9-acre waterfront site in the Port Lands starting in 2023. 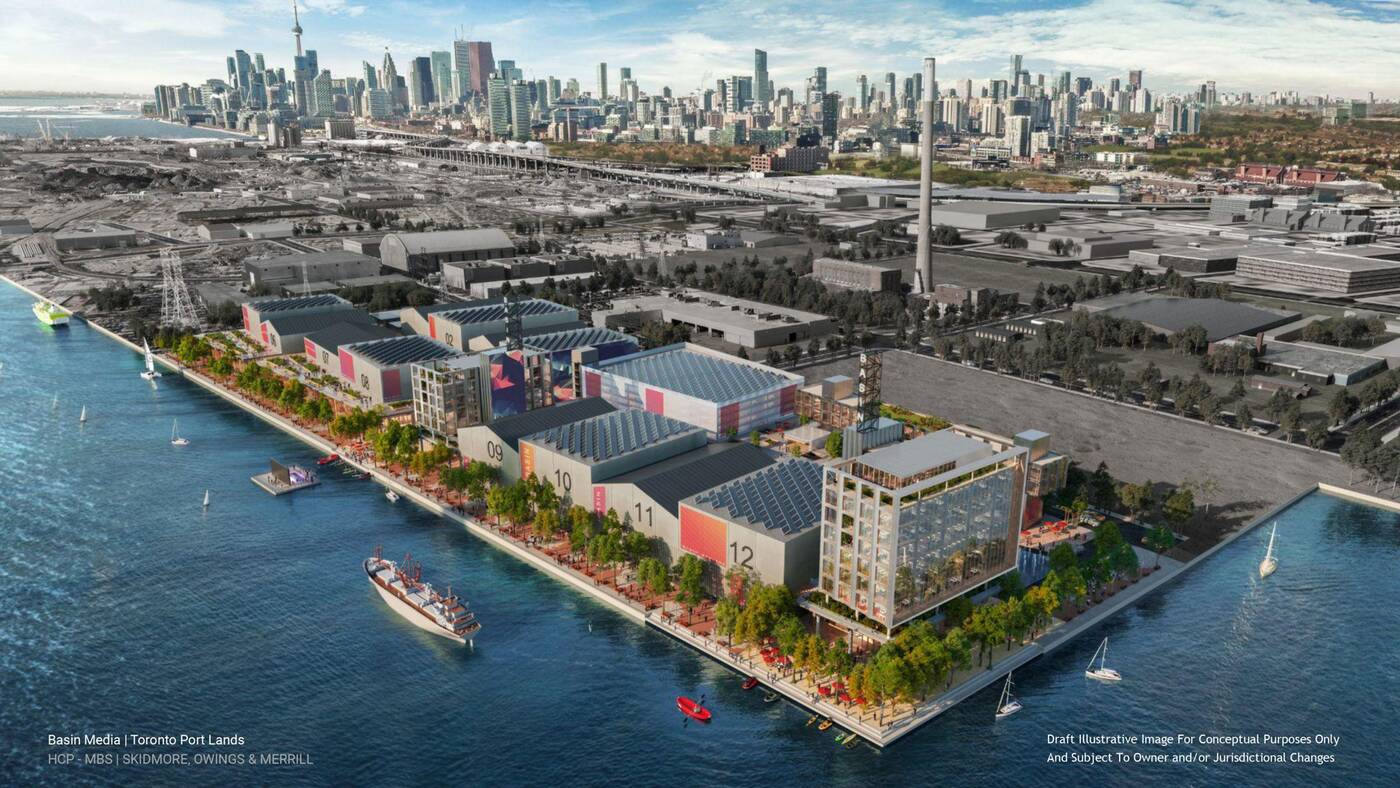 To be developed by Hackman Capital Partners (HCP) and affiliate The MBS Group (MBS), the $250 million Basin Media Hub will bring new employment to the south side of Basin Street, extending east from Bouchette Street to where the street cuts off at the Port Lands' turning basin.

We’re with Mayor @johntory @PaulaFletcherTO & @Thompson_37 on the future site of the Basin Media Hub this morning to announce the developer for a new state-of-the-art film, television & digital media complex in the #PortLands! #xoTO #FilmTO pic.twitter.com/m7RFYRCeeE

Tory spoke at the reveal of the project on Tuesday morning, flanked by Toronto-Danforth Councillor and Chair of the Film, Television & Digital Media Board, Paula Fletcher as well as Scarborough Centre Councillor, Deputy Mayor, and Chair of the Economic and Community Development Committee, Michael Thompson.

"The development of the Basin Media Hub in the heart of the Media City District will help us increase production capacity in the film, television and digital media sector, create new jobs and employment training opportunities and further enhance our ability to attract and retain production investment from around the world," said Mayor Tory.

So what exactly is proposed to be built on this sprawling, post-industrial site in 2023?

The proposal — which has been granted approval by both City-managed real estate arm CreateTO along with City Council — will bring eight purpose-built sound stages to what is already a thriving production district, supported by production office and workshop space. 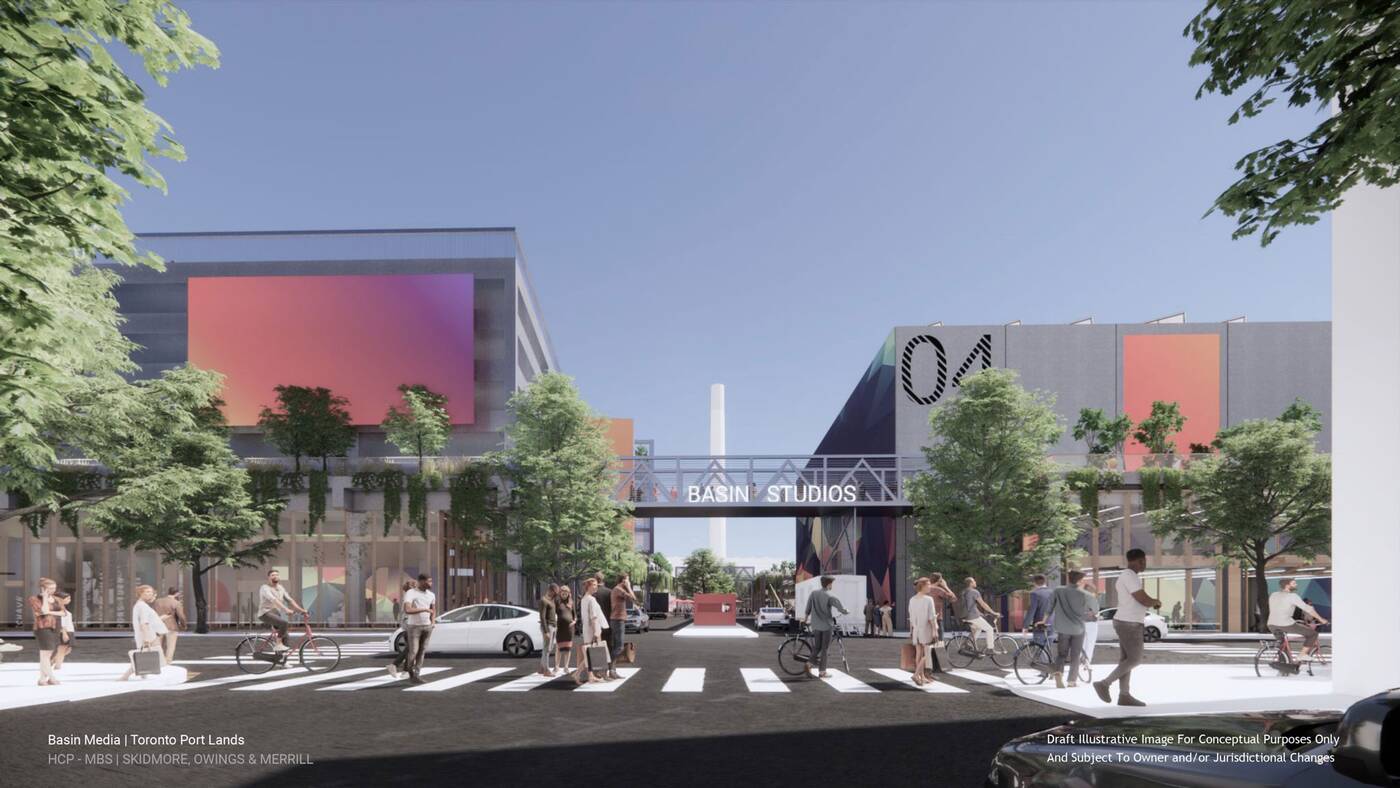 That's great for film and TV production in the city, but the project also has the opportunity to give back to the public through a partnership being explored with the city that would bring a public promenade to the water's edge along the site. 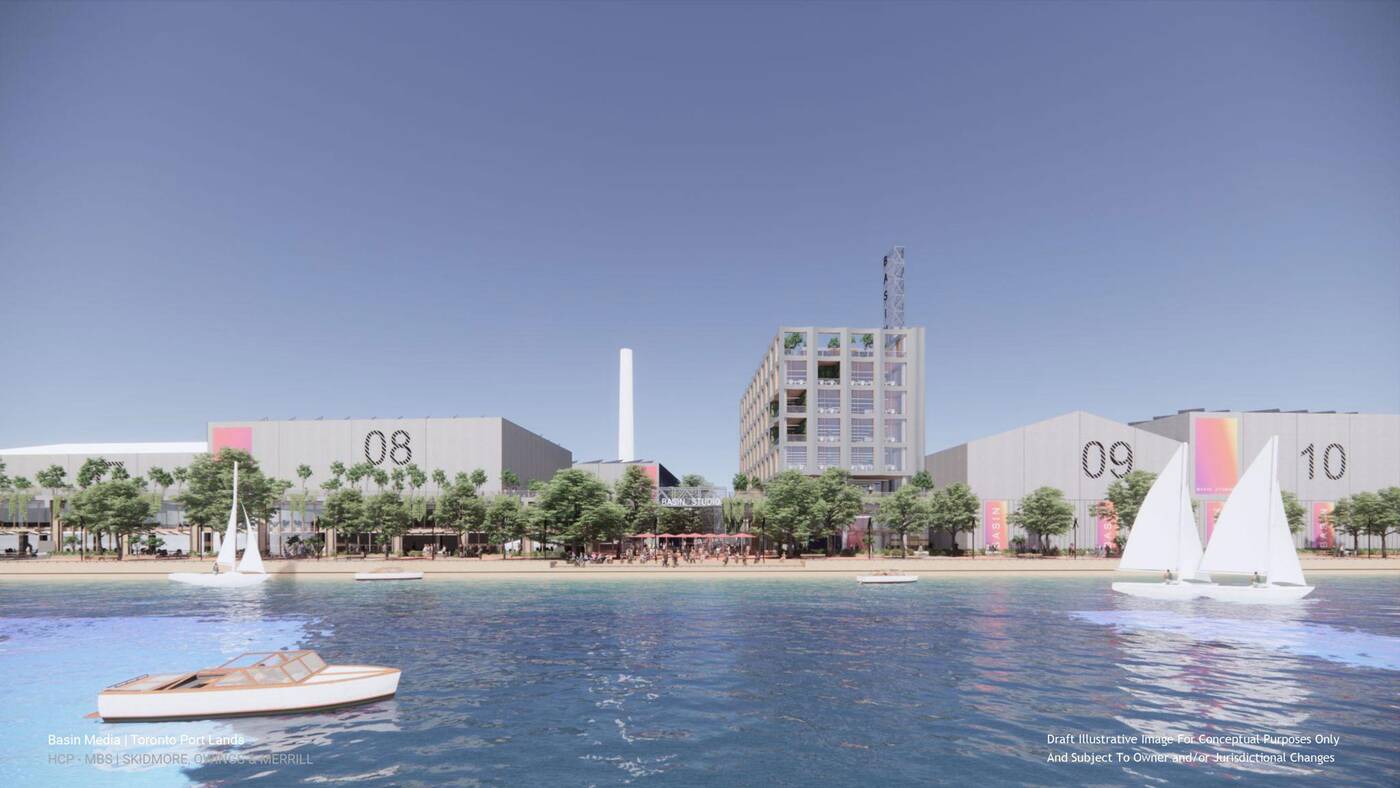 The public might gain new waterfront access in the form of a granite-paved promenade. Rendering courtesy of City of Toronto.

The planned Basin Media Hub is expected to generate over a quarter billion dollars in economic activity, creating 750 on-site jobs and 880 indirect or induced jobs upon opening for business. On top of these economic benefits, the developers will be paying for programs to support local training and a fund to support the creation of Canadian content.

"I am encouraged that a global leader in studio production will build a critical studio expansion that will strengthen our film and television sector and boost Toronto's economy."