A sprawling parcel of land on Toronto's waterfront will soon be home to film studios and production space — 8.9 acres of it to be exact — if the city can find a company to help develop it.

Toronto is on the hunt for a production company to help run the Basin Media Hub, named after the Port Lands street on which it sits.

Located across the Ship Channel from The Hearn and Cherry Beach, the new development will bring about 500,000 GFA (gross floor area) of new studio space and production offices to the film studio-heavy area that already exists south of Riverside. 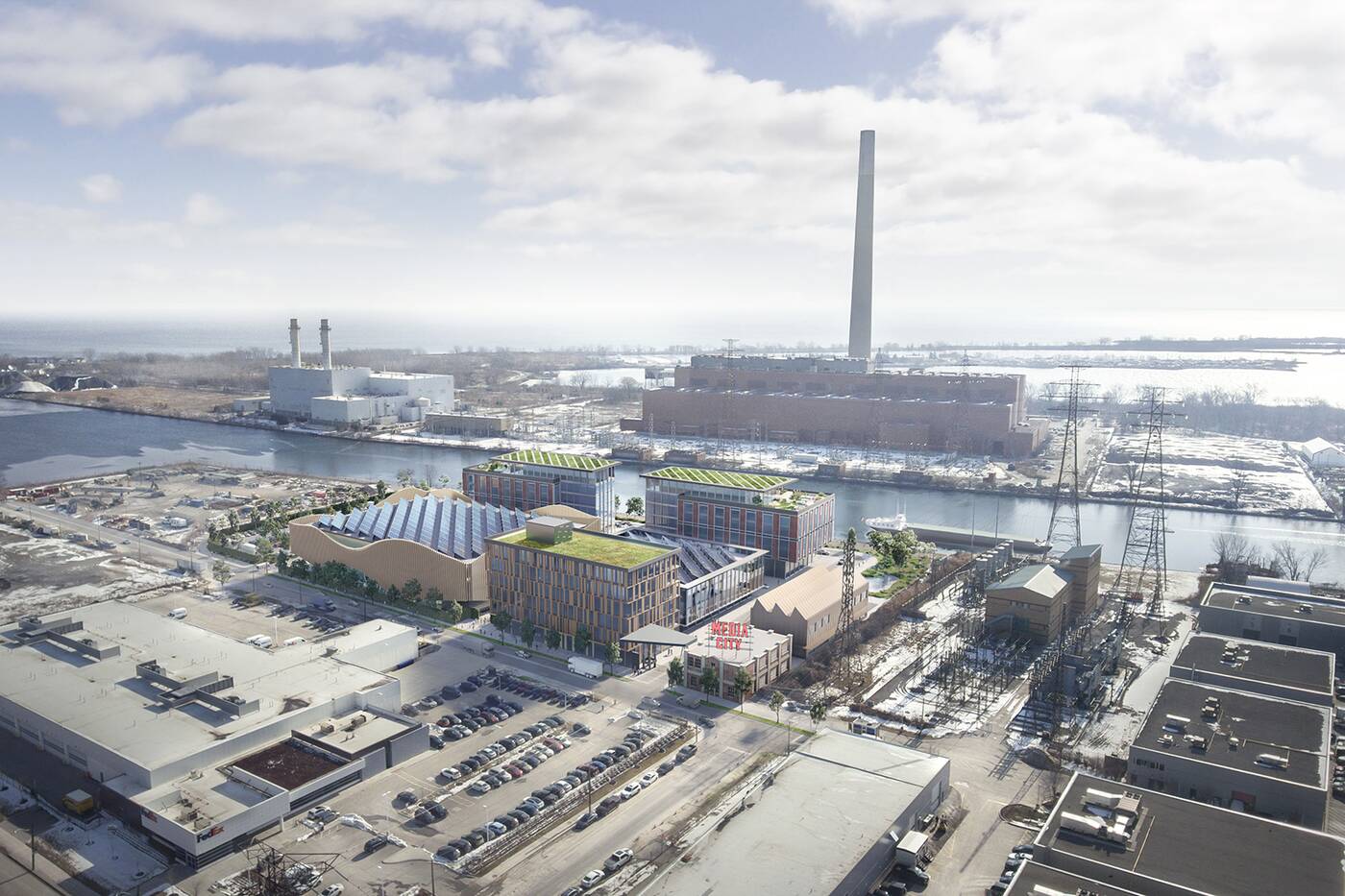 The City of Toronto is looking for candidates to take on developing the proposed Basin Media Hub in the Port Lands. Photo via CreateTO.

Pandemic notwithstanding, Toronto hosts more than 1,500 productions annually. Productions resumed in July, with the Toronto Film, Television and Digital Media Office issuing more than 300 film permits since then.

Surrounding the basin are already existing studios and facilities like Pinewood, Cinespace and District 28.

The property is now being marketed by the city's real estate agency CreateTO and Cushman & Wakefield, which will act as the broker of record.

Cushman & Wakefield released a video in an attempt to lure in prospective candidates from the movie biz, including information on future investments like $1.2 billion of public infrastructure planned for the Port Lands, or the incoming Downtown Relief Line.

I am excited to announce that @_CreateTO on behalf of the City of Toronto has released an RFP to start the development of a state-of-the-art film, television, and digital media hub on Basin Street. pic.twitter.com/AP5zoKIFN9

CreateTO is now "seeking proposals globally from film and television production companies" who have ideas for a state-of-the-art film, TV and digital hub.

"Although, productions were forced to shut down during the height of the pandemic, we are confident that productions will continue to choose Toronto,” said Mayor John Tory.

"This new hub will not only increase capacity in the sector and help create new employment opportunities but will further enhance the city’s ability to attract and retain production investment from around the world."

The city says it hopes to find a successful candidate by February, after which approval and construction will take about three years before the Basin Media Hub is finally complete.